Put it away when you don't need it, save on mileage

A startup called AutoMount has designed, patented and Kickstarted a roof rack that can be mounted or demounted in just 20 seconds. Called Knotix, it consists of two bars that each fold in half, making it easy to stow in the trunk. By popping the roof rack off whenever it's not in use, you reduce wind noise and increase your car's mileage. 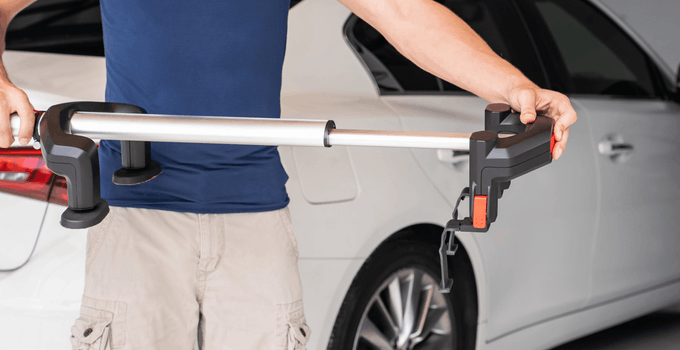 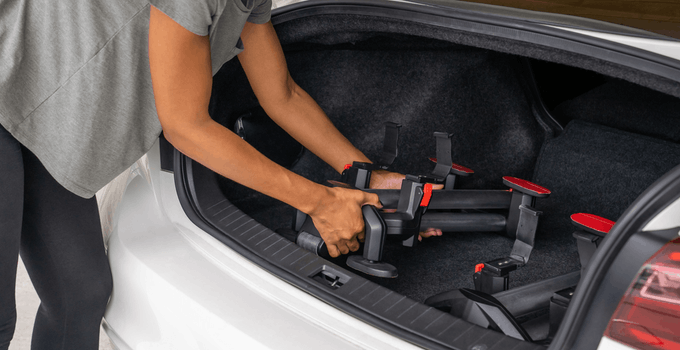 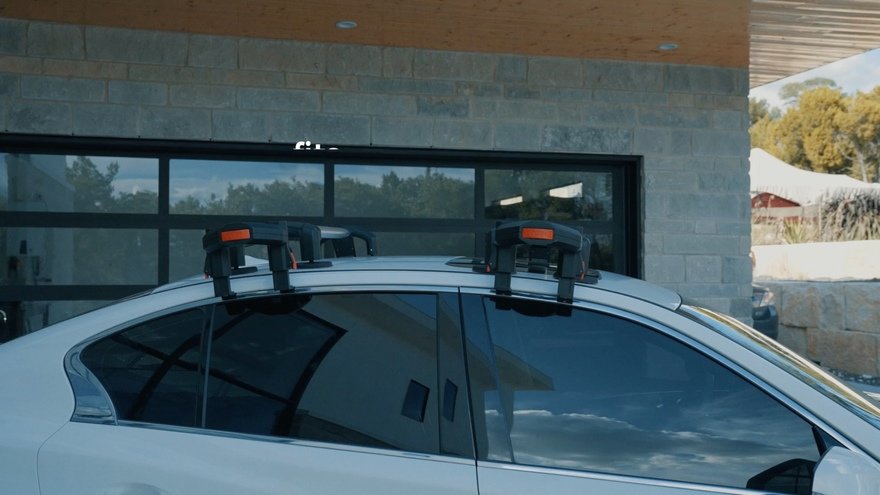 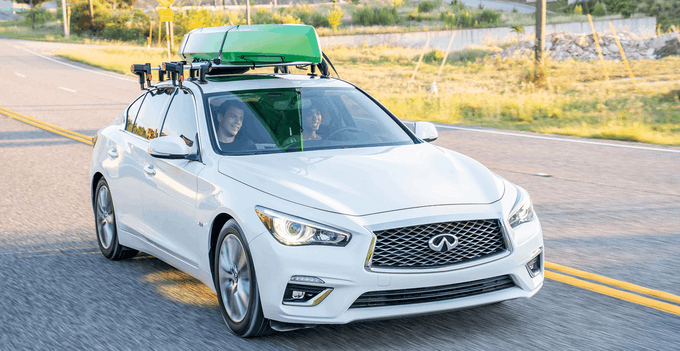 Its design is quite interesting: One end has a rubber roller wheel and two rubber-shod magnets. You roll that end across your car's roof, then tilt it level when you've reached the far side, allowing the magnets to grab. The other end features a telescoping arm and two hooks, which you slide into your doorway with the door open. Closing the door on the hooks locks that end in place.

The company claims you'd have to drive faster than 125 mph for the wind to take the rack off, and that it will hold 330 pounds. If you drive a coupe, you're out of luck; the Knotix only works with four-door vehicles that have roofs between 42.1 and 60 inches in width. It is compatible with cars that have sunroofs, but won't work on vehicles with frameless windows, like a Tesla.

At press time the Knotix had been successfully Kickstarted, with 28 days left to pledge. They're expected to retail for $499 a pair, but buy-in on the Kickstarter is $299.