NASA has made the full-resolution image available for download

As the James Webb telescope has finally captured its eagerly-awaited first images of deep space, this week NASA released an example: 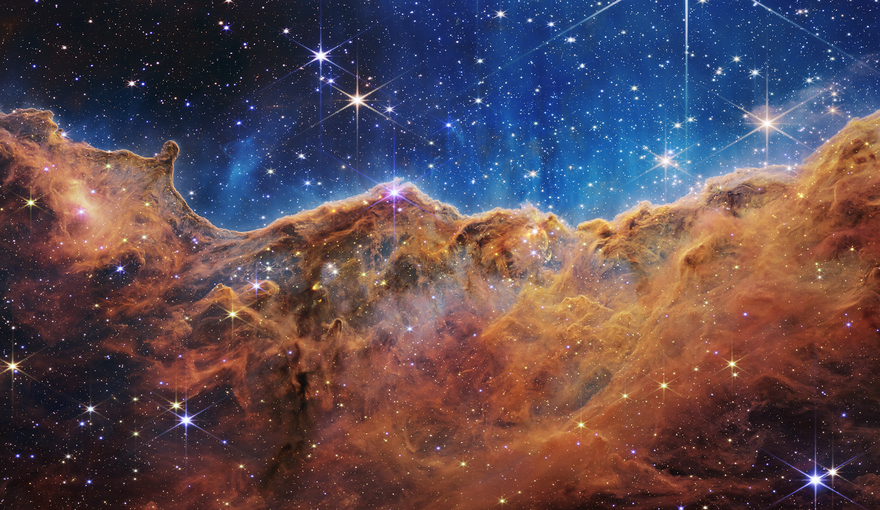 That image shows NGC 3324, "a young, star-forming region" in the Carina Nebula. So what the heck is a mountain range doing in the middle of space? As NASA explains:

"Called the Cosmic Cliffs, Webb's seemingly three-dimensional picture looks like craggy mountains on a moonlit evening. In reality, it is the edge of the giant, gaseous cavity within NGC 3324, and the tallest "peaks" in this image are about 7 light-years high. The cavernous area has been carved from the nebula by the intense ultraviolet radiation and stellar winds from extremely massive, hot, young stars located in the center of the bubble, above the area shown in this image.

"The blistering, ultraviolet radiation from the young stars is sculpting the nebula's wall by slowly eroding it away. Dramatic pillars tower above the glowing wall of gas, resisting this radiation. The "steam" that appears to rise from the celestial "mountains" is actually hot, ionized gas and hot dust streaming away from the nebula due to the relentless radiation." 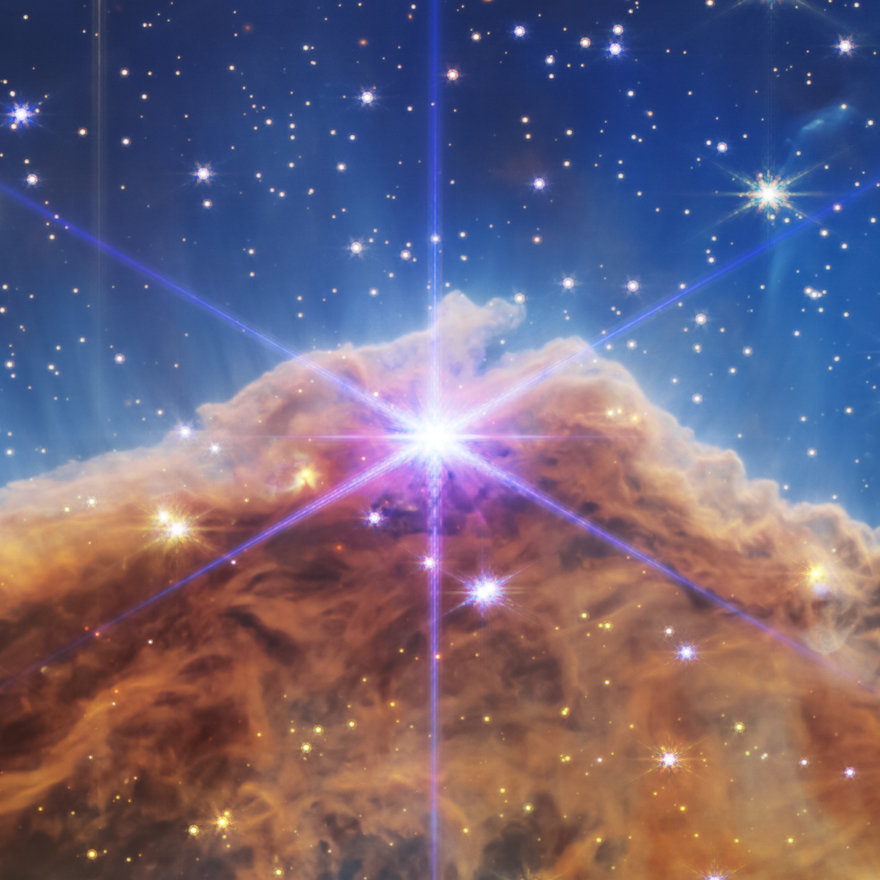 It's fascinating to think that earthly processes like the elements sculpting landscapes also occur in outer space. And while the photo as presented on our website may not look that impressive, I highly recommend you check out the full resolution version NASA's made available, and fullscreen it. It's just stunning.