Nothing's Phone (1) is Being Released Next Week

An attention to design detail yields the Glyph interface

London-based tech firm Nothing was only formed a couple of years ago, but quickly put together a top-notch design team. Co-founders Teenage Engineering provide the design vision, and their London Design Hub is headed up by Adam Bates, formerly Dyson's Head of Design.

Following the successful launch of their Ear (1) wireless earbuds, the company is now launching a much more complicated and ambitious object: Their hotly anticipated Phone (1), which is finally ready for production. 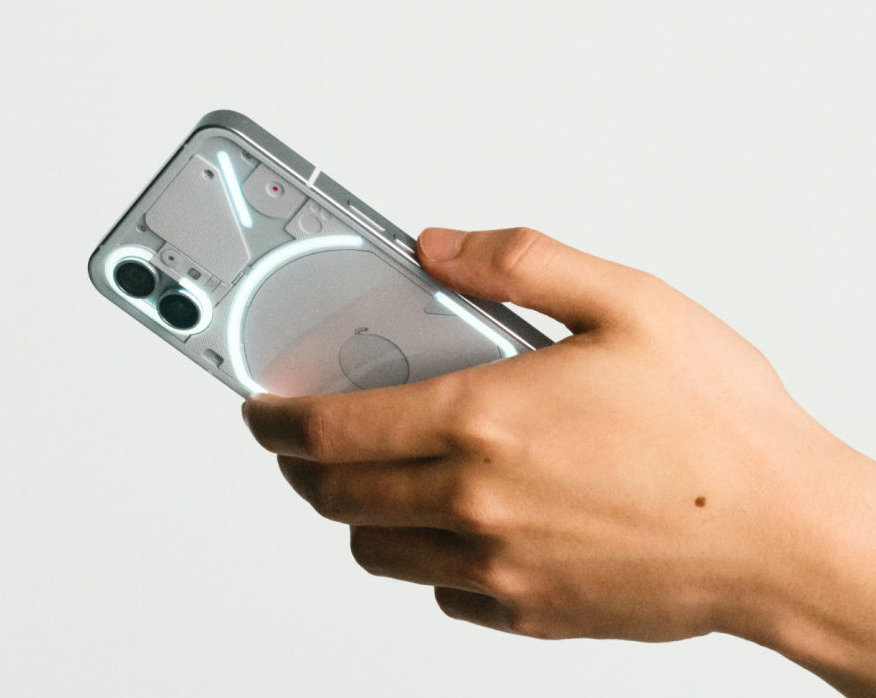 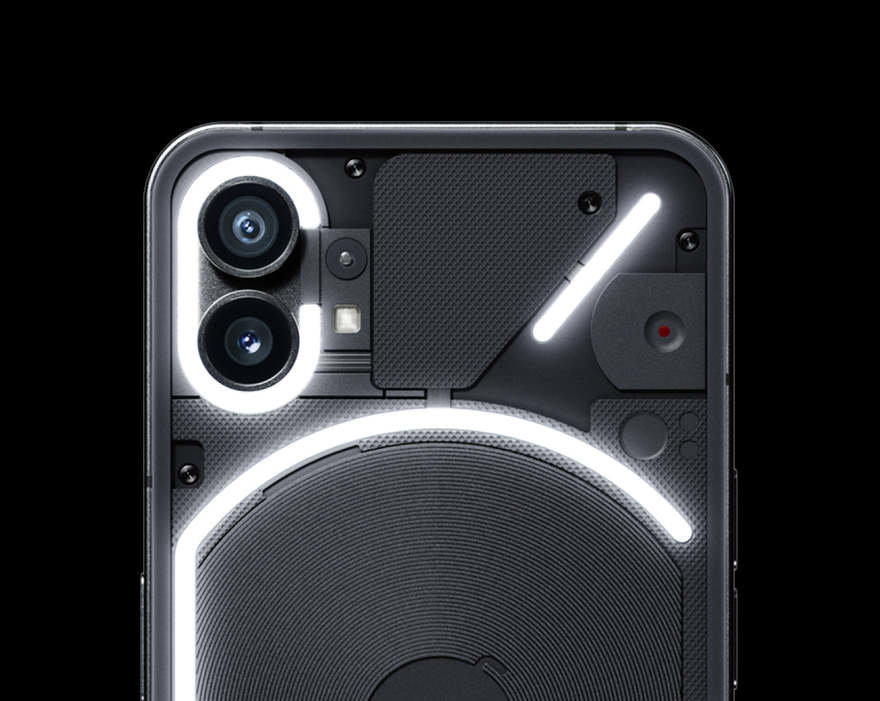 Running Android, the Phone (1) boasts a striking design for the rear panel. A series of LEDs, which the company collectively refers to as the Glyph interface, combine style with function. The bottom-most light points directly to the charging port, and illuminates in the manner of a progress bar as the phone charges. The central light surrounds the wireless charging coil. The light surrounding the dual 50MP camera lenses serves as a mini ring light, and the diagonal light on the other top corner points towards the front-facing camera on the other side. 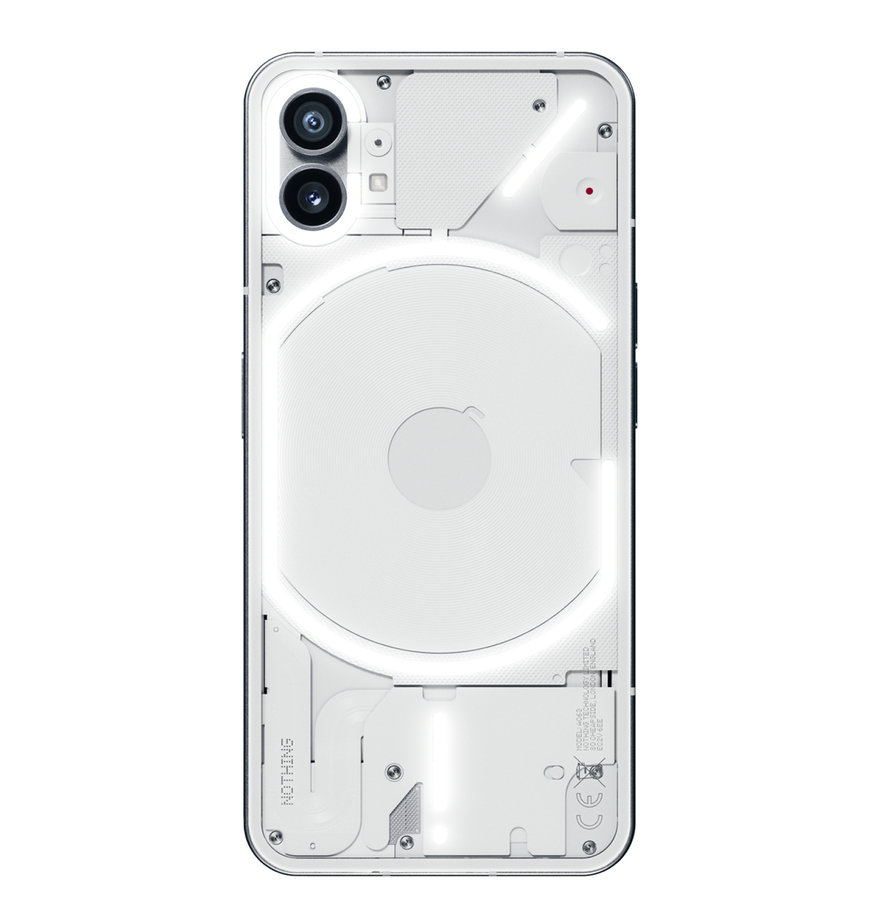 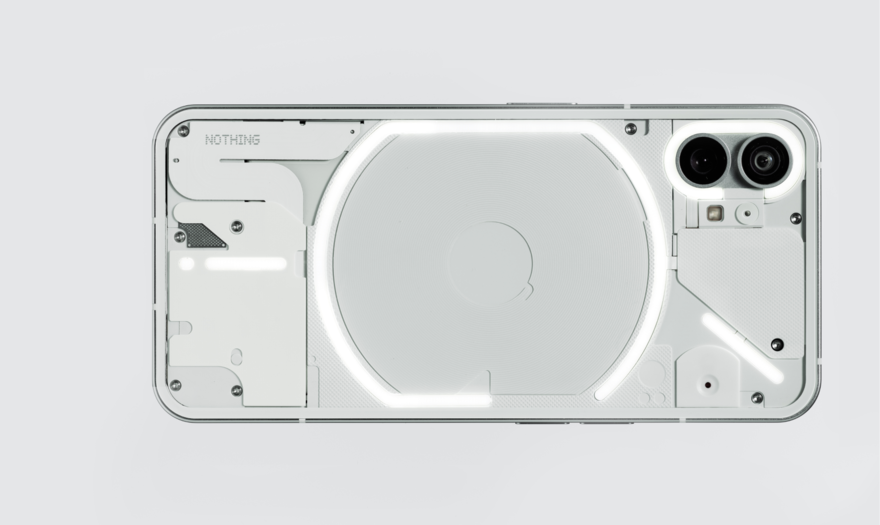 In addition to its quirky looks, the Glyph interface was designed with an interesting application: When you place the phone face-down, it automatically goes into silent mode. If you happen to receive a phone call, the Glyph lights will illuminate in different patterns and rhythms, chosen by you to correspond with particular people on your contact list. The idea is that you'd come to recognize who was calling you by the lighting pattern. 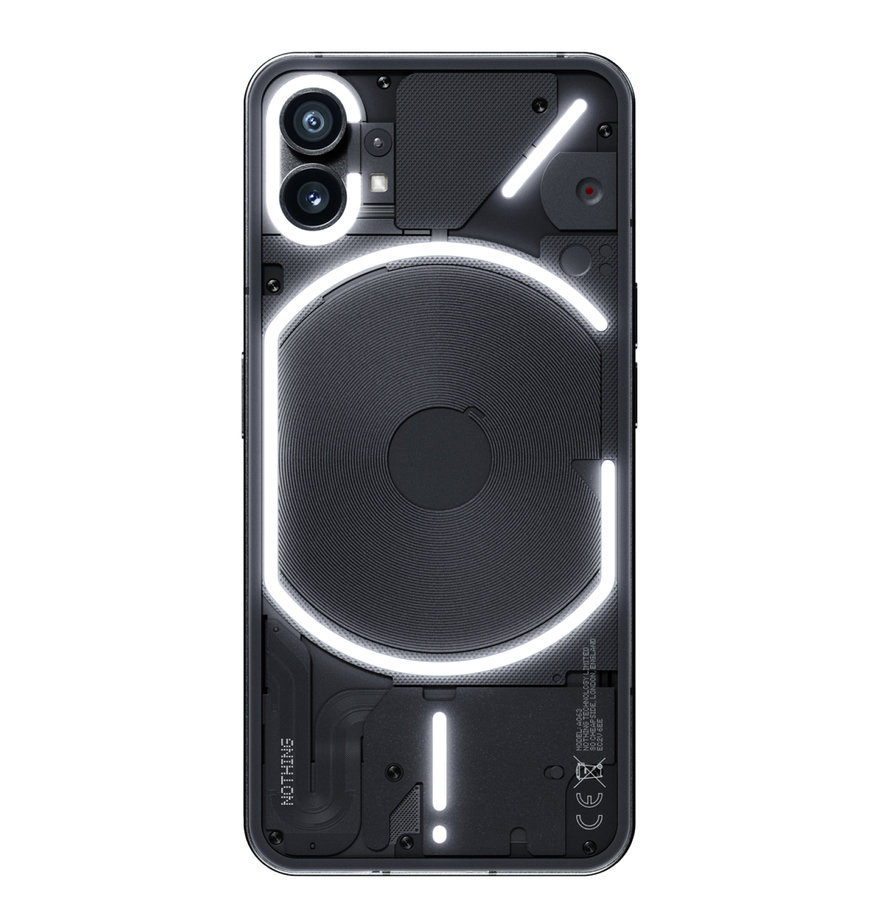 Another interesting touch that shows the company's focus on design details is the front bezel. This is a little tricky to explain, so stick with me here. The Phone (1)'s screen is flat—but it actually consists of a flexible OLED display. Why invest in a flexible OLED display if the user can't even tell that it's flexible? "Well, there's this OCD part of us where we wanted the four sides of the phone—the chin, forehead, the two [side] bezels—to be exactly the same width," company founder Carl Pei explains. Typically with phones using OLED displays, room must be left at the bottom for the ribbon connectors that connect the screen to the motherboard. Look at your average Android phone, Pei says, and you'll notice the chin is a bit thicker than on the sides and tops.

What Nothing has done instead is to make the display a bit longer than what you can actually see, and bend it 180 at the bottom, so that the chin—the part with the ribbon connector—is actually on the back of the phone. That gave the obsessive design team the uniform bezel they wanted. 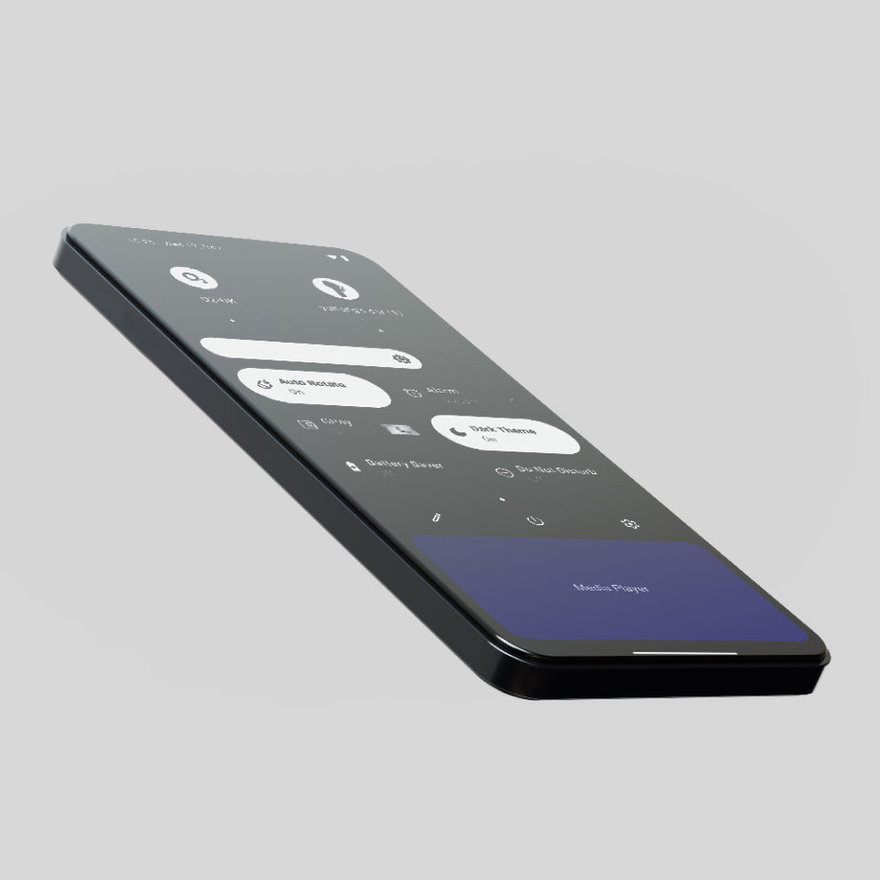 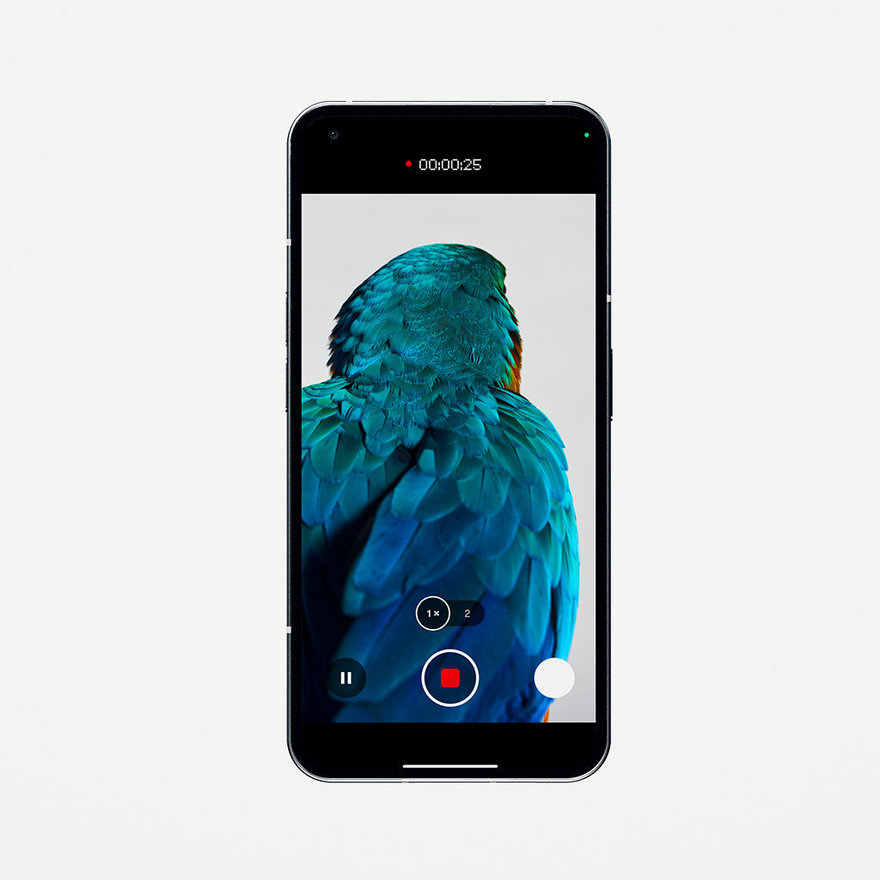 It also doubled the price of the screen on the BOM. Pei states that from a financial perspective, the company couldn't possibly justify adding such a feature. But they decided to anyway, because "we need to create products that we're really proud of, that we'd like to use ourselves--and also are proud to share with our friends and family."

"Because when you're thinking about your loved ones, and you're making a product for them," Pei says, "you're gonna go the extra mile. You're gonna do the extra all-nighter just to make the product a little bit better."

The Phone (1) will go on sale in London from July 16th to July 20th. On the 21st, it will become globally available, the company says (though they don't say exactly how; web orders, we imagine). You can keep abreast here. 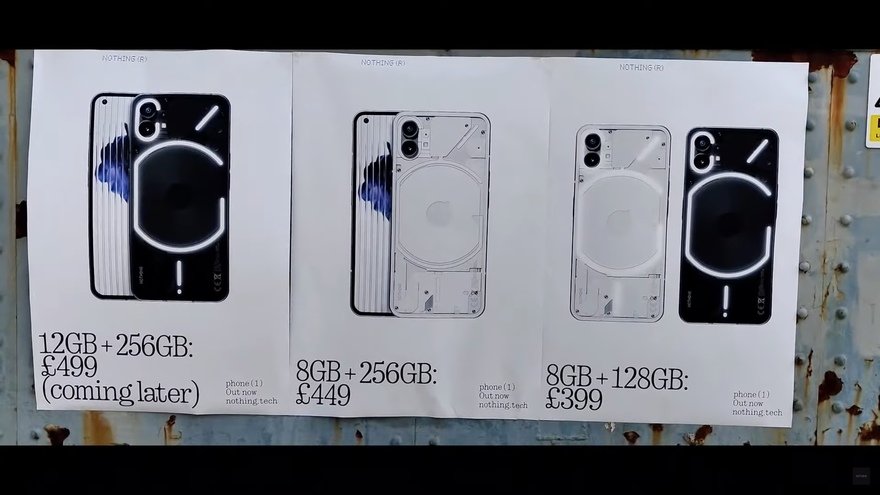