Nokia's new 5710 XpressAudio phone is aimed at music lovers, and has a couple of interesting design features: It has dedicated playback and volume buttons prominently lining the sides of the front face of the phone… 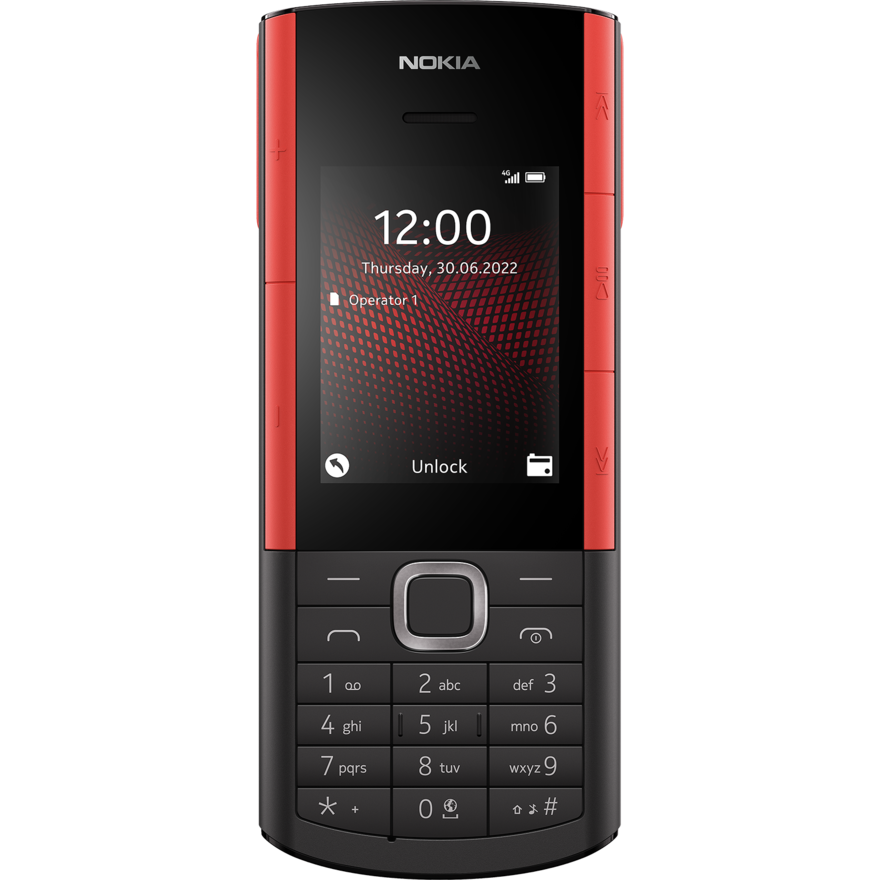 …and around back, there's a red panel that slides downward to reveal an onboard charging dock containing wireless earbuds. 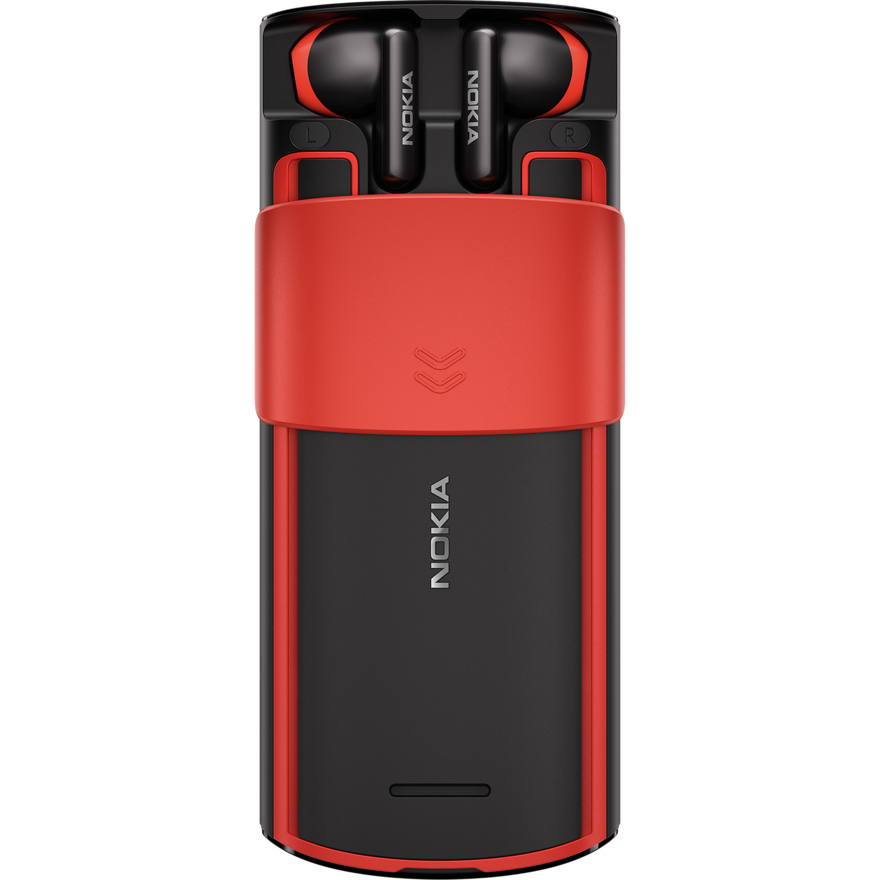 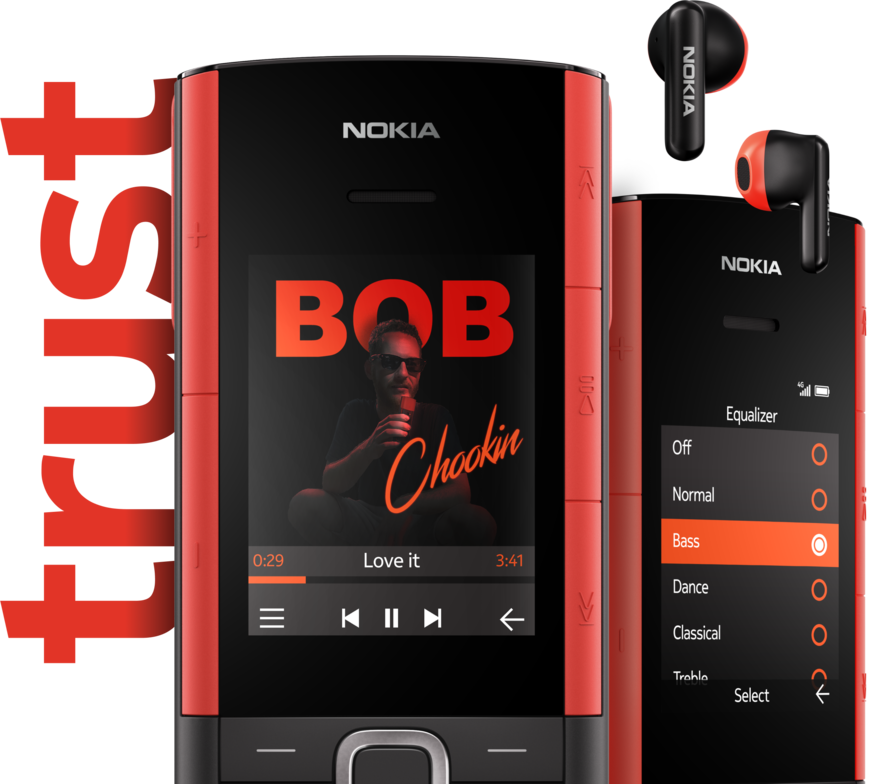 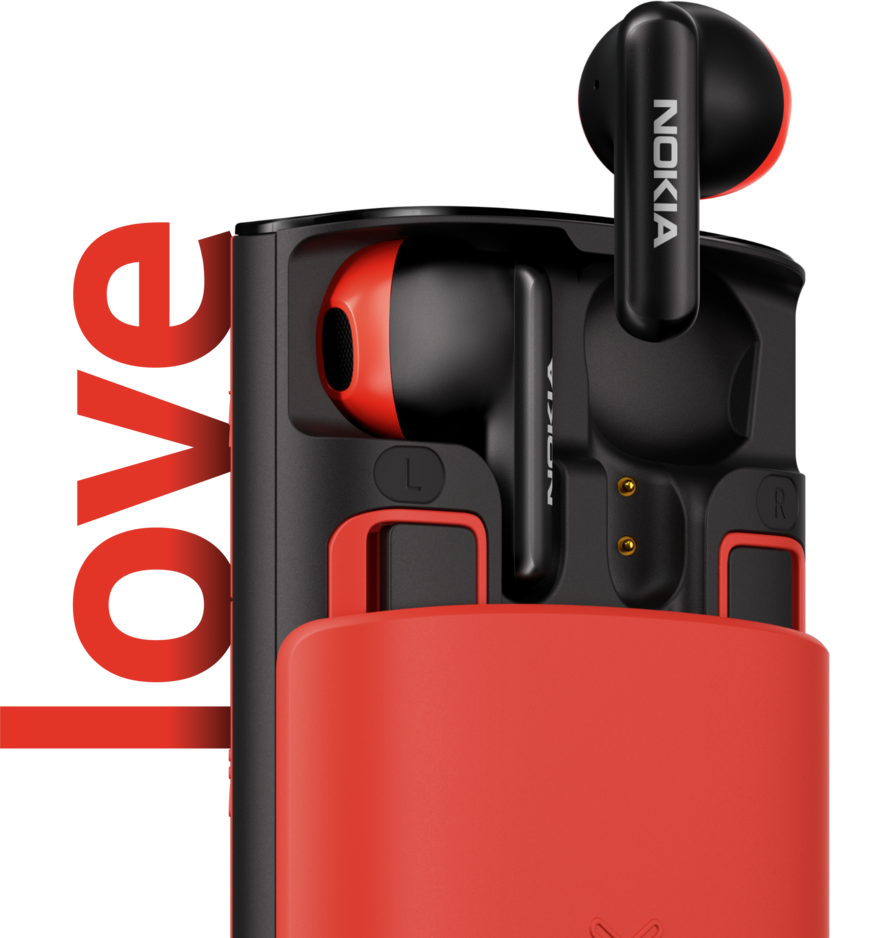 "Because the earbuds are safely housed in the phone itself," the company writes, "you always know where they are." As someone who frequently hunts around the house to find my earbuds case, I have to say that's a fair point. The added bulk might be worth it. 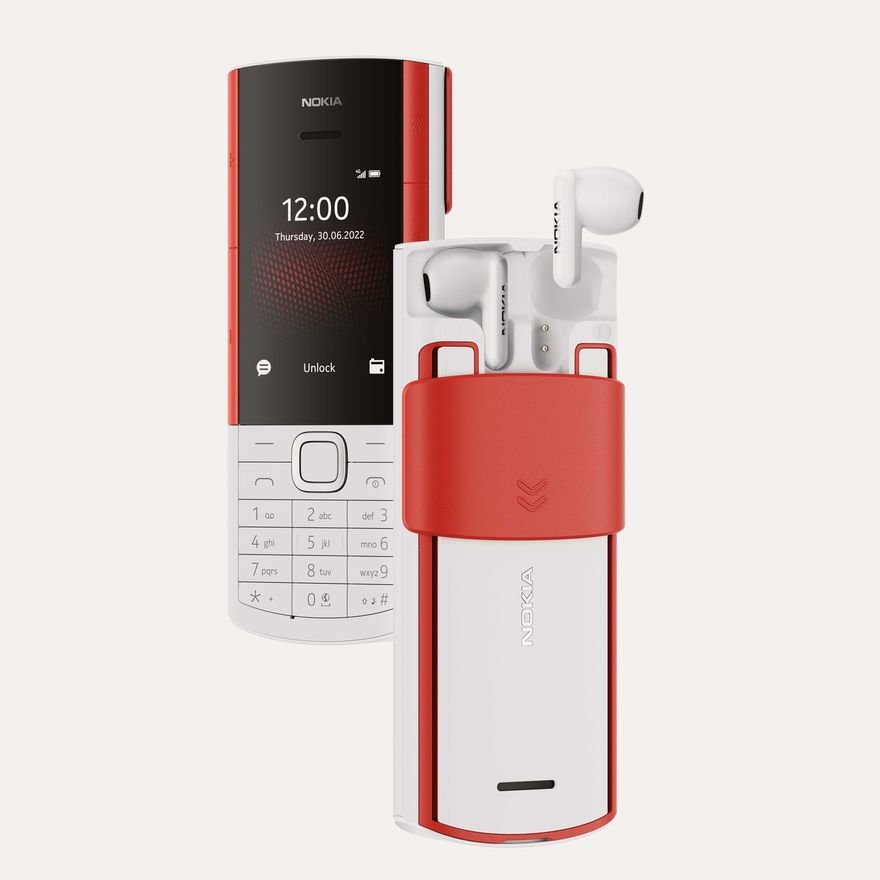 Prices weren't announced at press time, but the phone is expected to be released next week.