As a child, Chris Ebbert invented a thing that can draw straight lines on any surface

Industrial designer and professor Chris Ebbert is a funny guy. Responding to the question "Do you sometimes like to be involved in arguments?" he wrote "I never argue. This probably caused me to eventually fail at being German." (Ebbert now resides in Sweden.)

Ebbert has the coolest ID'er origin story I've heard yet. Here are his words, taken from his Quora:

"My first patent was an apparatus that can draw straight lines on any surface. I was 13 when I got it, and 12 when I applied. It made me Europe's youngest patent owner at the time.

"It would do straight lines on things such as model train set landscapes, car bodies, boat hulls, you name it. But also fluffy, wet, rough, or textured surfaces. Some of the journalists who wrote about me described the device as a three legged compass, which fits quite well. 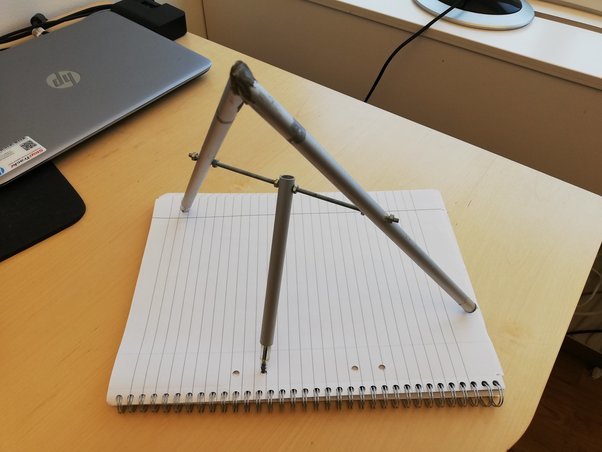 "It never made me rich, at least not directly. What it did do was to convince my school that I deserved a bit of a break regarding my colossal failures in the natural sciences, and was probably safe to be let loose on society despite them.

"And it taught me at a very early age how innovation validation works. My invention warranted a patent because nobody in recorded history had ever built a thing like I had, and it had a reasonable purpose, and could be manufactured according to specifications. This theme put me on my professional track for life. I went on to become an industrial designer and innovation advisor, and now teach industrial design at university level.

"It is a bit odd that a 13 year old needs to get a patent to be allowed to proceed through high school, but then, these were times when ADD and 'dyscalculatoric school difficulties' didn't exist. I was just a hopeless maths student with inexplicably high arts and language marks until I got a patent.

"I may owe my career to my patent."

If it's not obvious how the device works, fellow Quora user and NASA mechanical engineer Kim Aaron provided the following explanation: 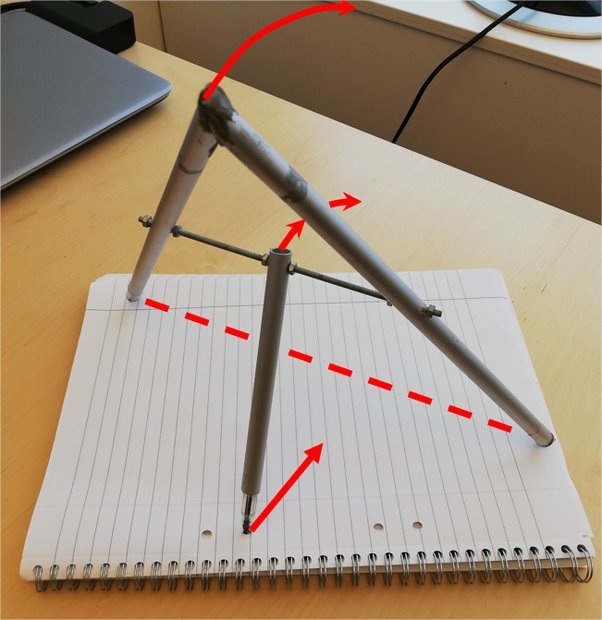 "The points at the bottom of the legs form a rotation axis (the dashed red line). You grab the top of the device and swing it along the circular arc. The top of the pen part is then also forced to swing along a circular arc, which drags the tip across the surface (solid red arrow). The pen is free to rotate about the connecting rod between the two side legs.

"If the surface the pen is moving over is irregular (not flat), then the tip of the pen remains in a plane and will follow the ups and down while staying perpendicular to the rotation axis. That is, the pen will draw a line where that plane intersects the object. The line is a straight line when viewed from within that plane. It's a bit like projecting a laser sheet onto the object."

In German, the tool is called Linier und Schneidegerät ("liner and cutter").

Ebbert is currently a Senior Lecturer in Industrial Design at Mid Sweden University.