The Abacusynth: A More Tactile Interface for Audio Synthesizers

Like CAD programs, audio synthesizers have complicated interfaces that can be daunting to the uninitiated.

"Synthesizers generate timbre electronically, meaning the control is not limited by any physical barrier. Lots of controls allow for granular control over timbre, but the complexity can often be prohibitive for beginners (and even tiresome for experienced musicians). The kind of timbral control that synthesizers provide is arguably just as 'musical' as melody or rhythm, but it's not often emphasized for someone learning music.

"This is because most synths cater to the 'Big C' creator, the professional or virtuoso who requires granular control in order to achieve their goal, and who is either willing or required to learn complex interfaces in order to do so."

To make it easier for novices to learn the principles of using a synthesizer, Jarzombek prototyped this Abacusynth, which borrows the abacus' form factor to create a physical, easy-to-parse UI. 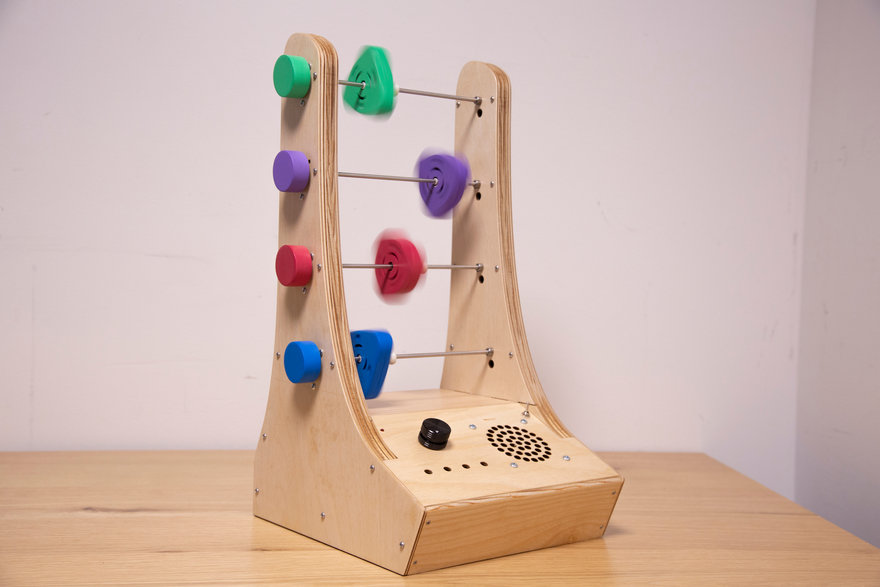 "The Abacusynth interface organizes the timbral building blocks — oscillator waveforms, harmonics, filters, and time-based modulations (or LFOs) — in a visual and spatial interface that prioritizes interaction and invites experimentation."

Here's how each control works, and you can see that it is indeed much easier to understand each input due to the physicality of the interface:

"My target user is a 'little C' creator, someone who is being creative just for the fun of it, and is more interested in feeling good while creating, instead of being focused on the outcome. This type of engagement is just as creative as 'Big C', but is not studied or considered as much when talking about design."

"This idea is summed up in a paper by Kate Compton, in which she introduces the term Casual Creator to define the class of systems that supports creativity for creativity's sake. I used the principles laid out in Compton's research to guide my design and development."