This Piú modular lamp is by Maximilian Helmut Ewert, an industrial designer based in Munich. Ewert arrived at the form by experimenting with the most basic form of the object:

"By flattening one side of the classic conical shape of a lampshade, a functional surface was created that, on the one hand, allows for easy assembly as both a wall-mounted and free-standing luminaire and, on the other hand, creates space for the electronics, which are housed exclusively inside the shade." 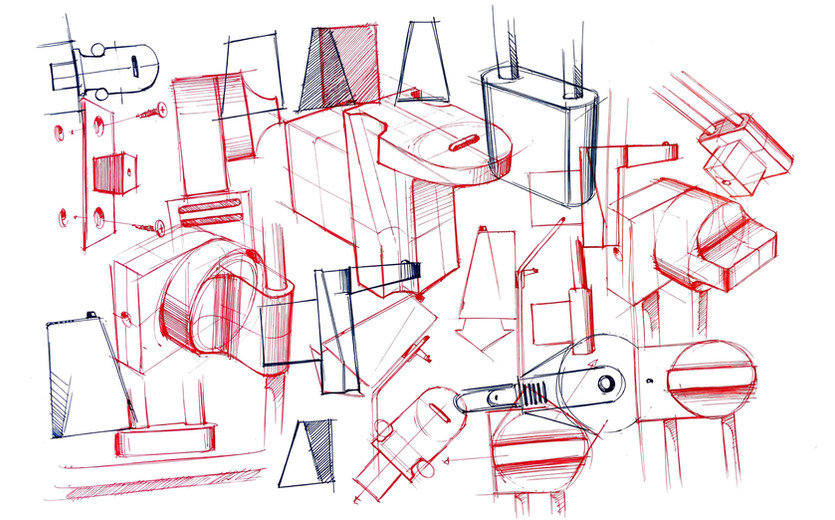 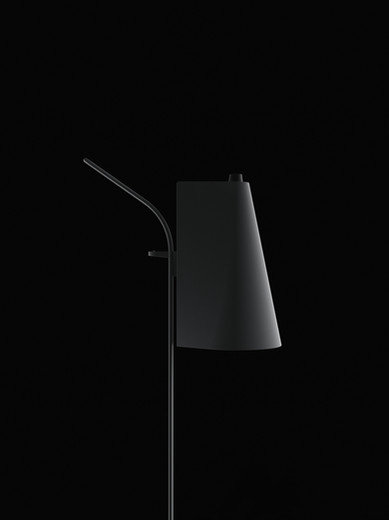 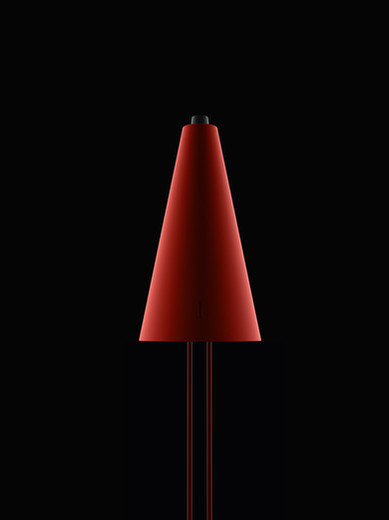 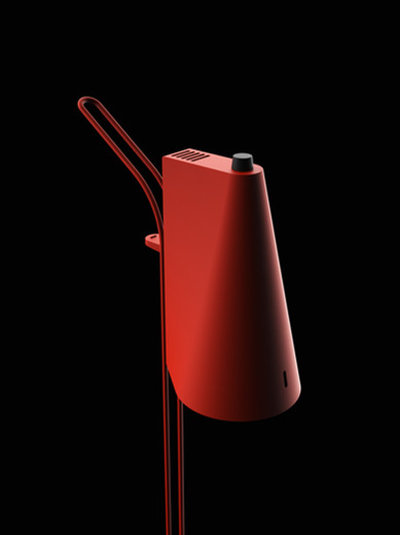 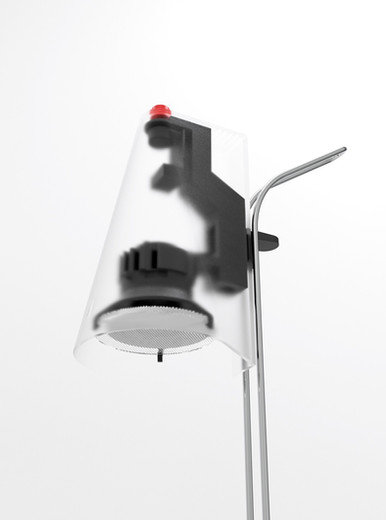 "Looking at the production, expensive mechanics and adhesives are not needed. instead, the sensually reinterpreted lampshade can be moved and tilted by its own weight and mechanical friction on the restrained frame." 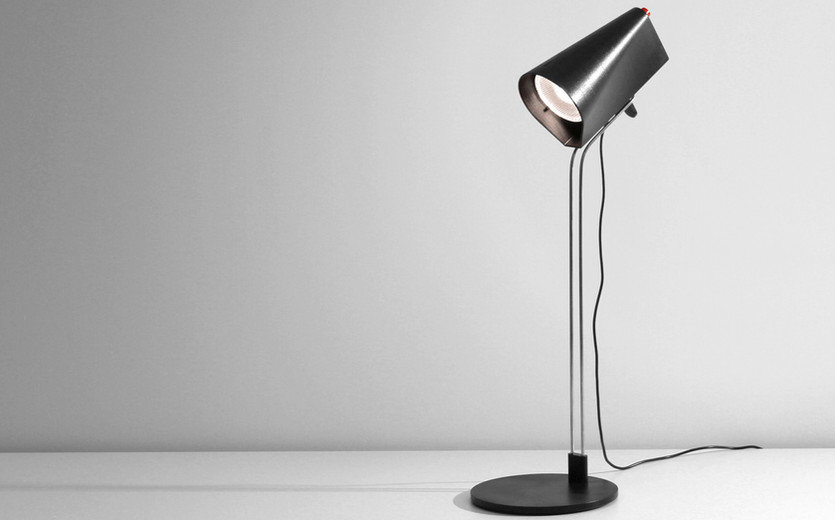 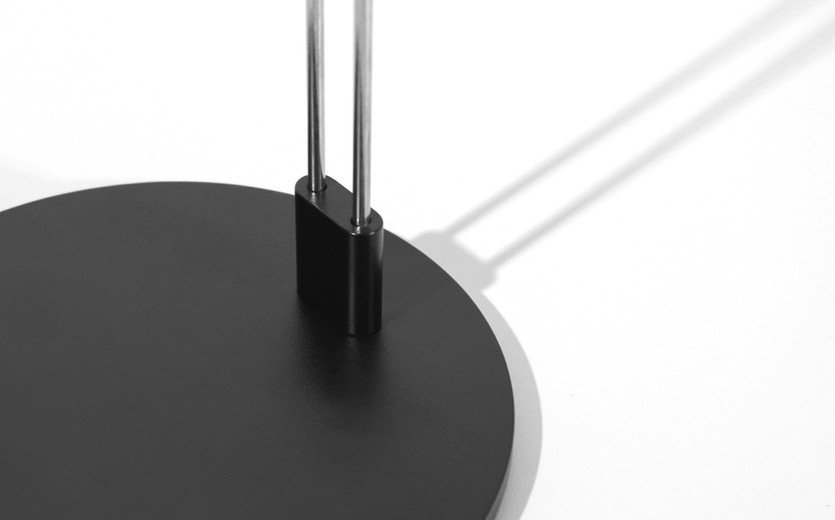 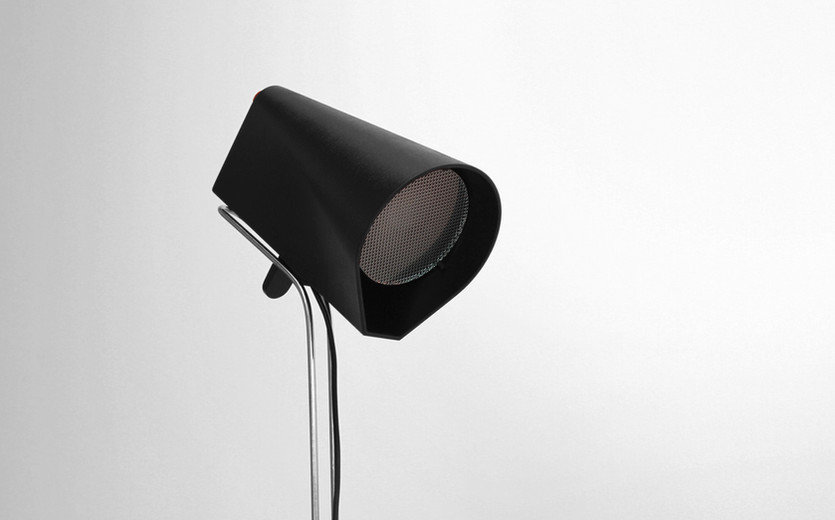 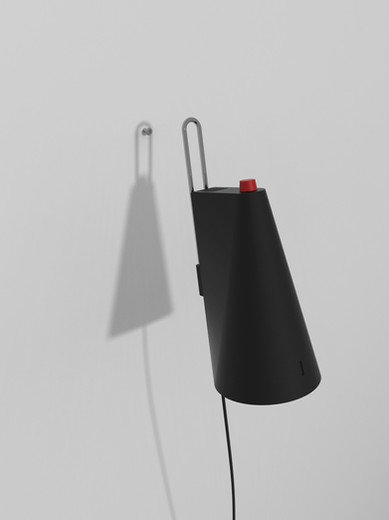 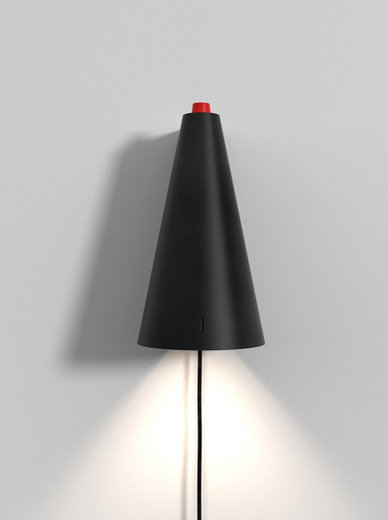