Not sure, but probably great business for plastics manufacturers

Saturday Slip 'N Slide is a family-friendly weekly community event in Jenison, Michigan, hosted by youth ministry Never the Same. Four massive, 100-foot-long plastic sheets are set up on a hill and the taps are turned on. 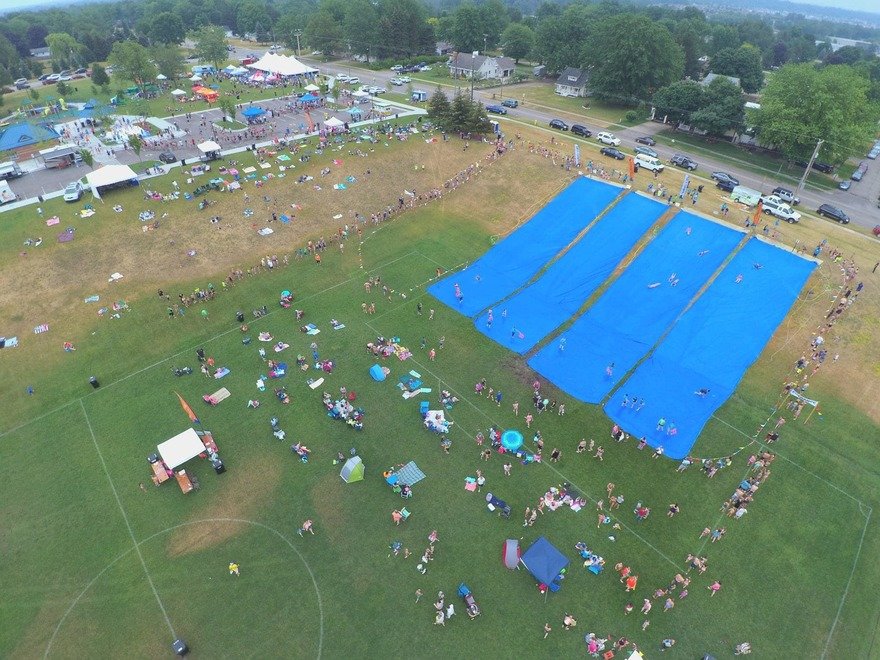 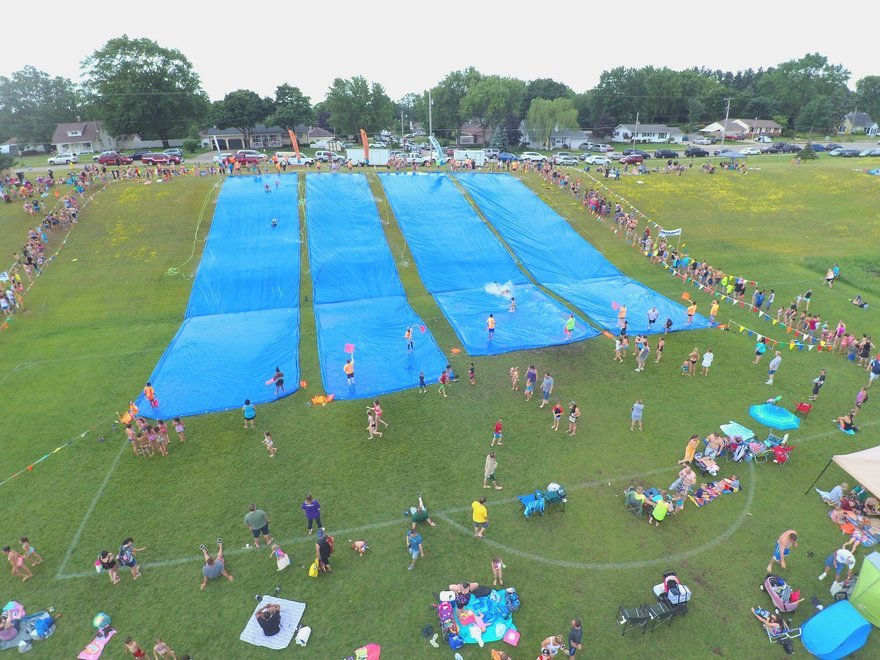 It does look like fun, particularly with the heat some of us have been experiencing lately. But looking at the photos did make me wonder: What would use more water, these four slides, or a swimming pool that could accommodate the same crowd? 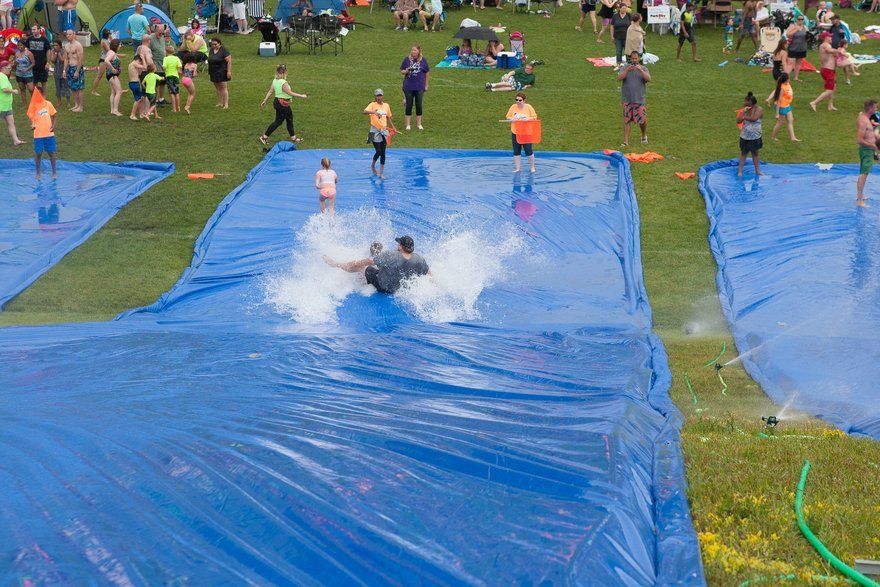 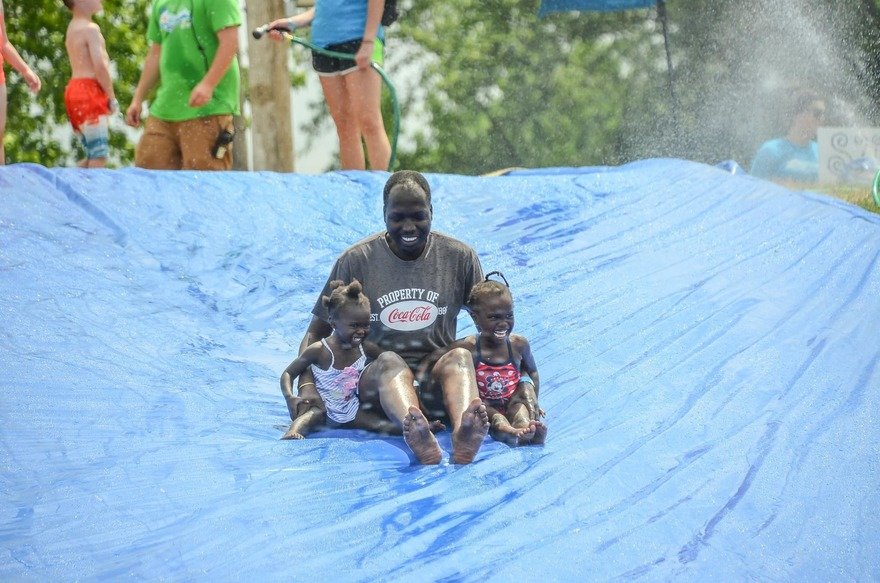 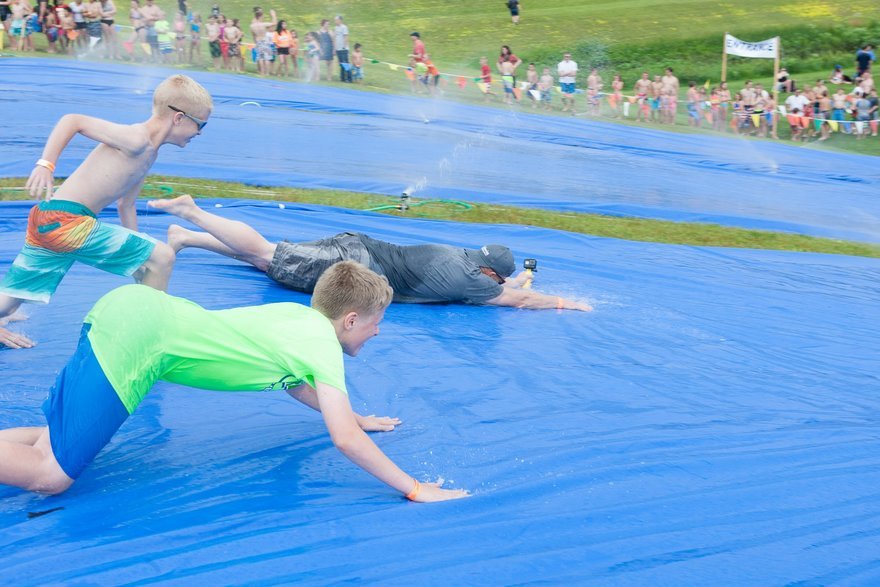 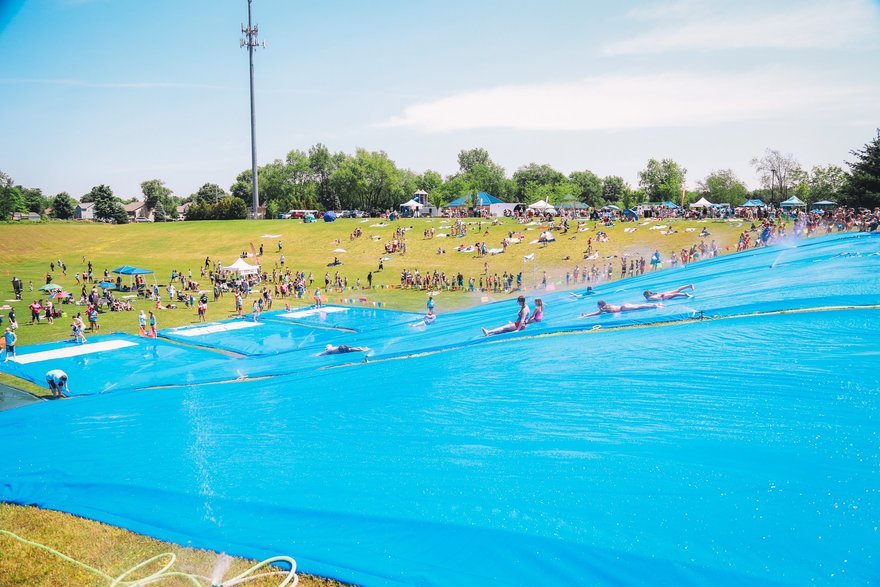 The answer is, of course, impossible to calculate without knowing all of the variables. But I do remember some years ago L.A. proposed hosting "Slide the City," a two-lane, 1,000-foot-long slip-and-slide that would stretch through three downtown blocks. 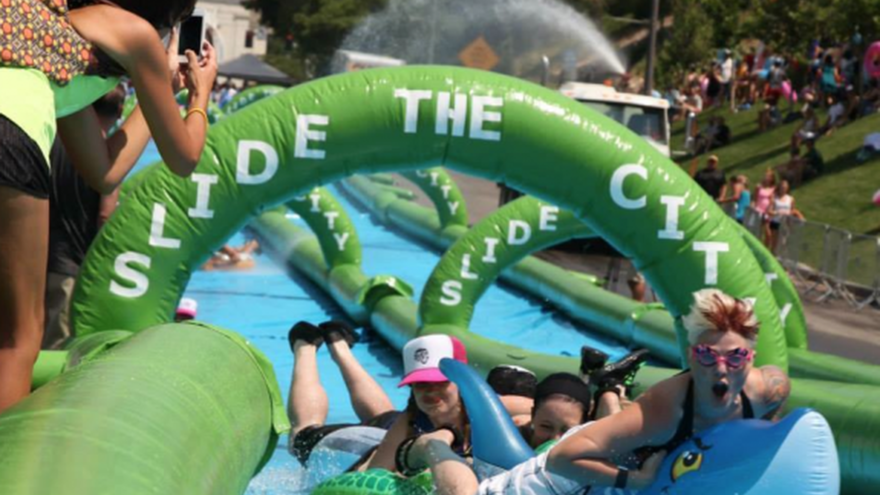 The proposal generated concern among some residents, who pointed to drought conditions in the region. Local news station KCRW tackled the subject in a 2014 article called "Should the City of 43,123 Swimming Pools Say No to 'Slide The City?'" Curbed L.A. subsequently crunched some numbers, and revealed some surprising stats:

According to KCRW, the DTLA slip-and-slide would use anywhere from 15,000 to 20,000 gallons of water during it's one-day run (most of which will go to a water reclamation plant afterward).

That's a lot of water, for sure, but it's also about how much the average swimming pool loses in a year to evaporation alone. (Considering that the average pool can hold 22,000 gallons, that's basically a pool's worth of water that's lost each year.) There are 43,123 pools in LA.

The average US golf course uses 312,000 gallons of water every day. EVERY DAY. Let's say the average golf course is open eight hours a day; that means that in one half hour, they're using about as much water as a full day of watersliding.

Carwashes aren't much better. The average out-of-home carwash uses 45 gallons of water per car, so that means that the equivalent of a slip-and-slide goes down the drain after about 440 cars are washed. Considering there are an estimated 500 carwashes in LA and many, many more cars, that probably doesn't take too long.

Even just going about our daily lives, says KCRW, the average Angeleno uses about 89 gallons of water a day, so by their count, the slide is akin to about 164 to 222 people's water usage on a normal day.

I knew car washes were ridiculously wasteful, but the golf course thing hadn't occurred to me. Those numbers are staggering, as is the cited figure of 89 gallons a day used "just going about our daily lives."

The Slip 'n Slide above still looks fun, and assuming the youth ministry is using the raised funds for charity work, perhaps it's worth it on balance?