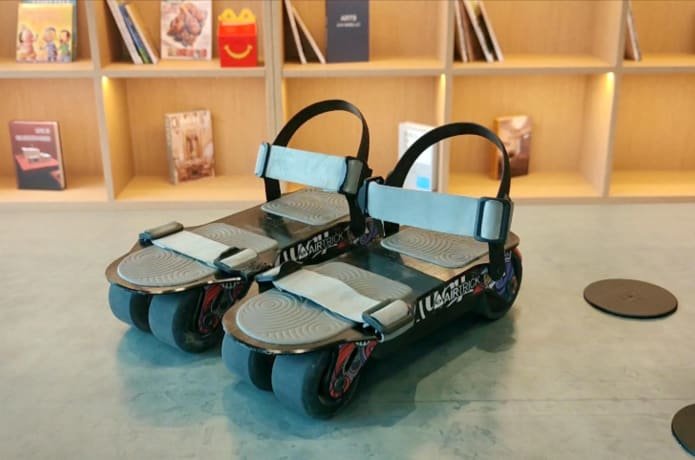 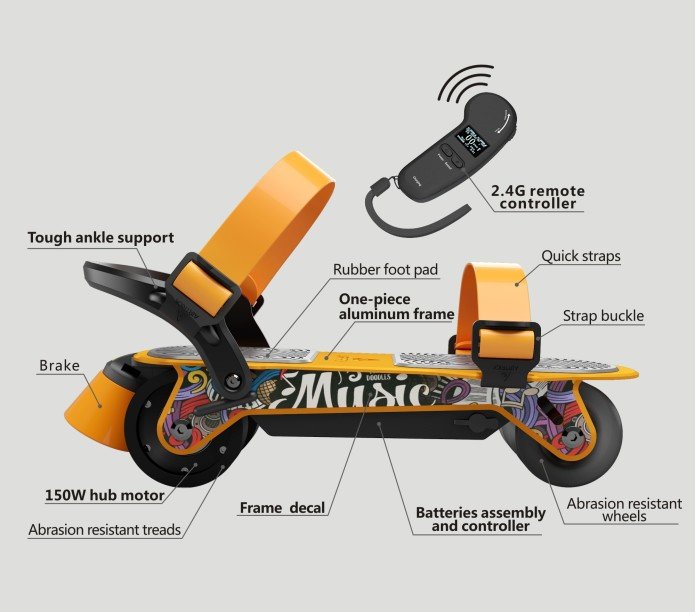 Built on aluminum frames, the Airtrick E-Skates each weigh 3.3 pounds and can be strapped on over your existing shoes. A wireless remote control, which you'll obviously want to keep a firm grip on at all times, allows you to control the throttle and brakes. (And yes, they can reverse.) 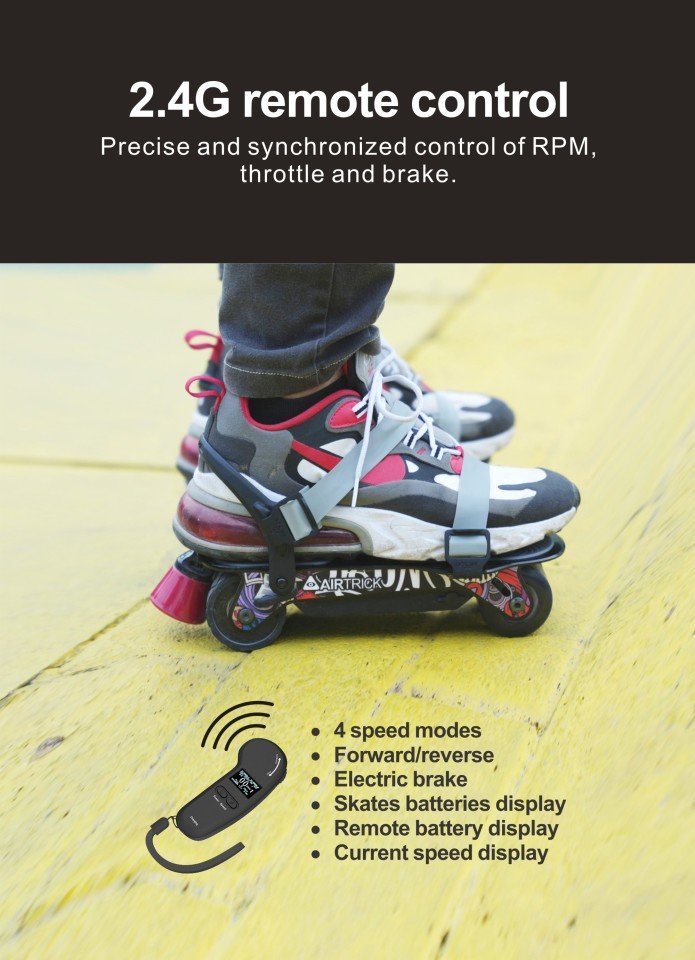 I was surprised to see the impact these can take, at least as depicted in the video. I don't know how great I'd feel about jumping on batteries, but apparently the frames are designed such that the batteries aren't taking any direct impact. 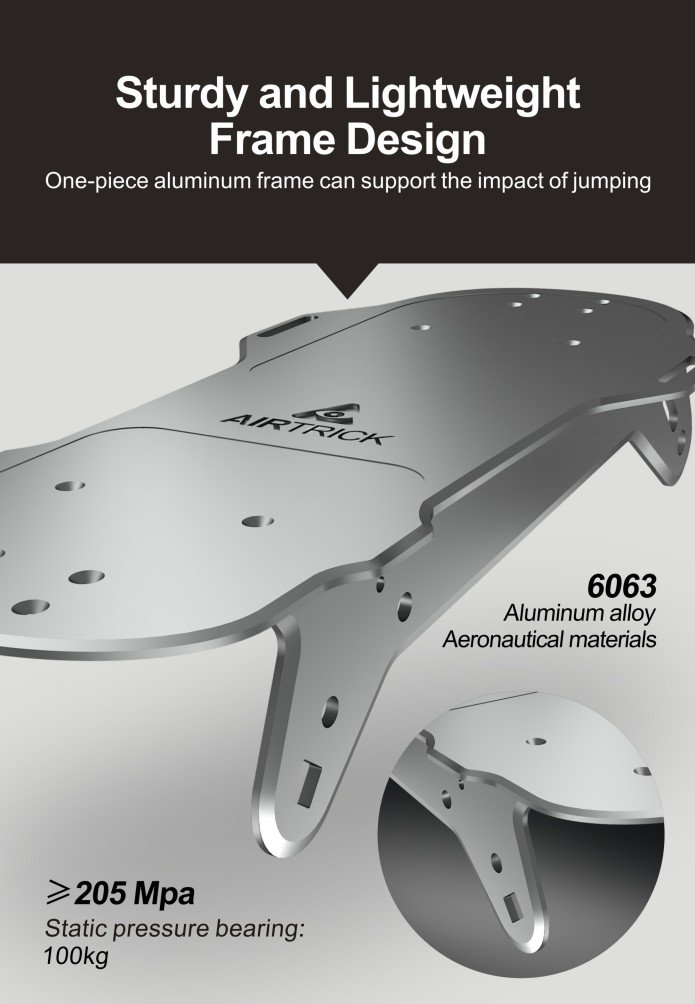 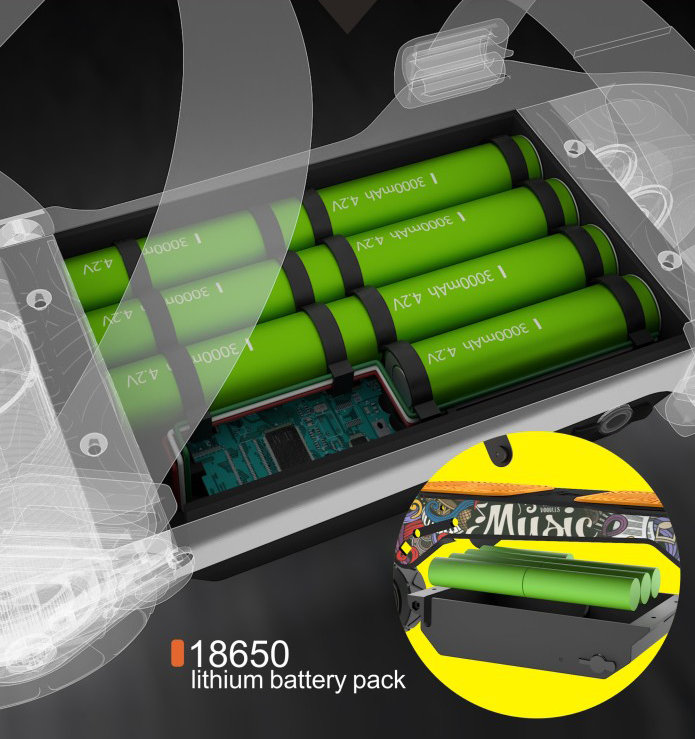 The Airtrick E-Skates have been successfully crowdfunded on IndieGogo, with 24 days left to pledge at press time. The A1-Standard runs $400, the -Pro is $420 and the Ultra rings in at $570.