A portable cooler that delivers beer on-tap, no electricity needed

Anthony and Racine are a chemist and a UX designer, respectively. Together they've invented the Cooler Keg, a cooler that can deliver beer on-tap. 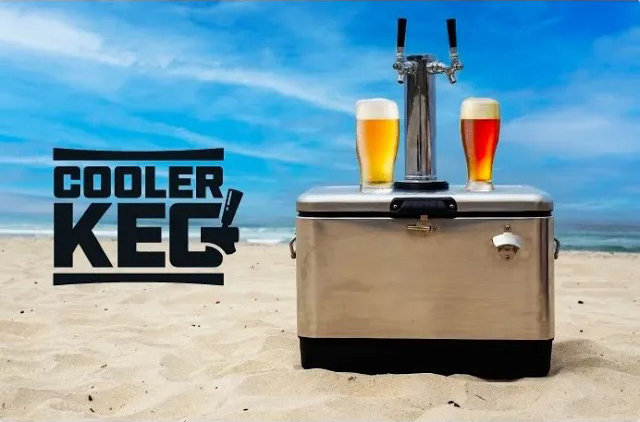 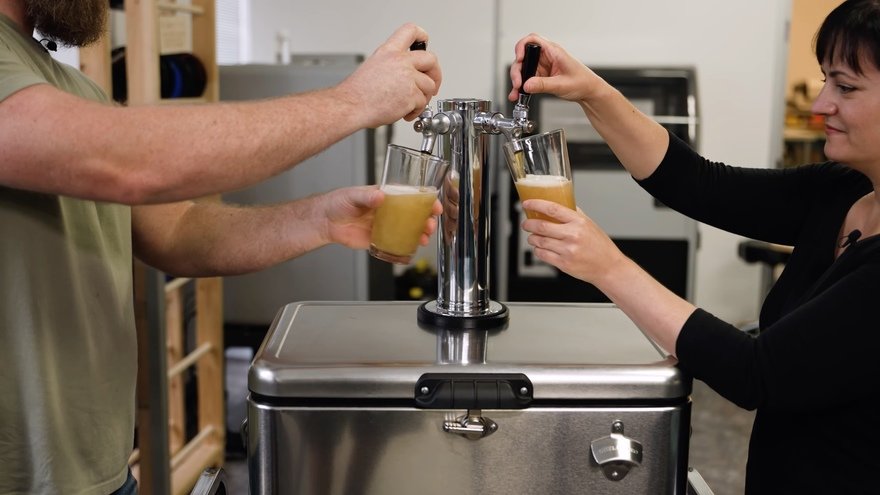 Inside are custom and reusable ice packs shaped to fit around the two included 228oz kegs. These are connected to the same standard CO2 regulator and cartridges (4 are included) that you'd find hooked up to a keg at a bar. The beverage lines run up through a dual-tap tower that can be removed and stowed inside the case during transport. The Cooler Keg weighs 45 pounds empty, and 72 pounds when loaded with beverage. 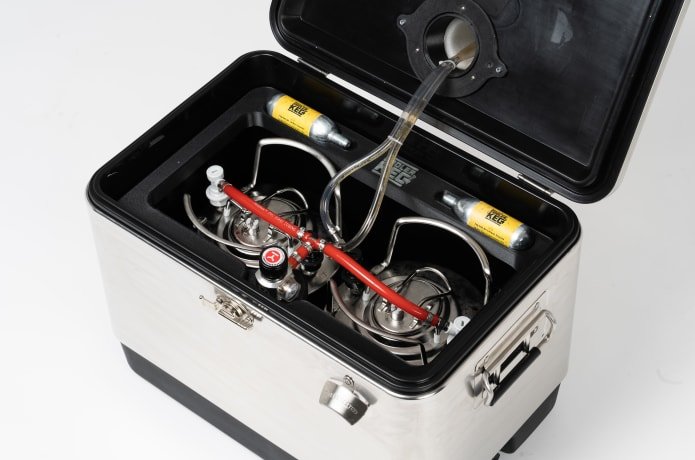 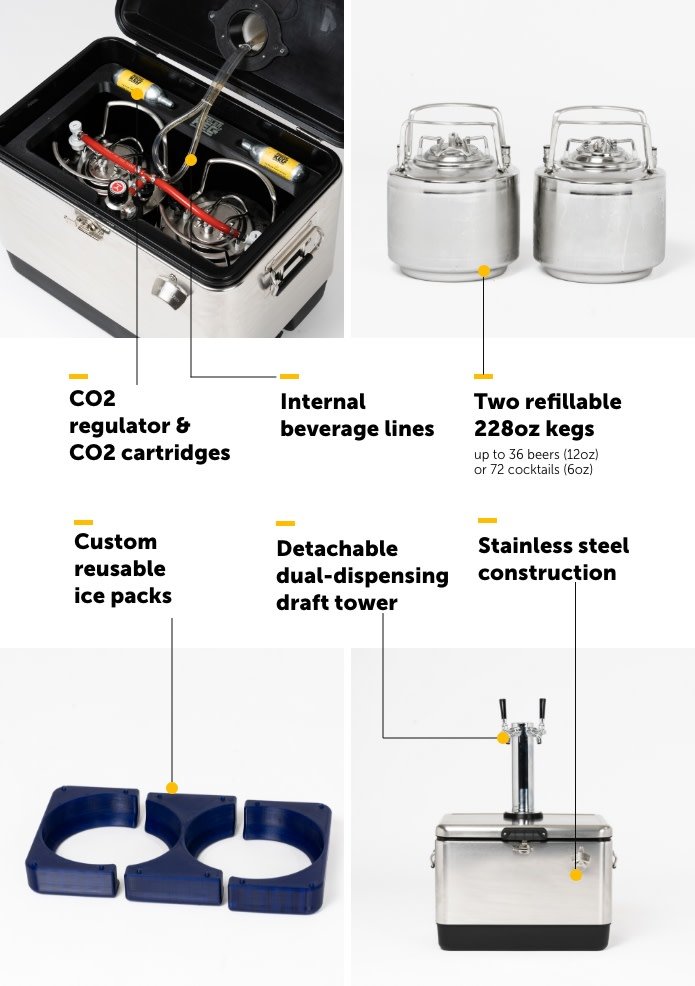 The kegs themselves must be filled manually, meaning this system is really best-suited for those who drink (or brew their own) craft beer that can be purchased in your own vessel.

The UX is, as per Racine's training, vastly improved over the incumbent systems: You don't have to hand-pump the kegs, and the system is easily portable and electricity-free, unlike the Kegerator, which requires a 125-pound refrigerator unit and mains power.

As for maintenance, you will have to regularly flush out and sanitize the lines; this is time-consuming but not rocket science, talk to your local bartender (or watch a video on YouTube).

The Cooler Keg was fully funded on IndieGogo in just seven minutes. At press time there were 24 days left to pledge, and there were still a few early-bird specials available for $629. The system is expected to retail for $899.