A Generatively Designed Yet Aesthetically Ordered Handtruck and S-Hook 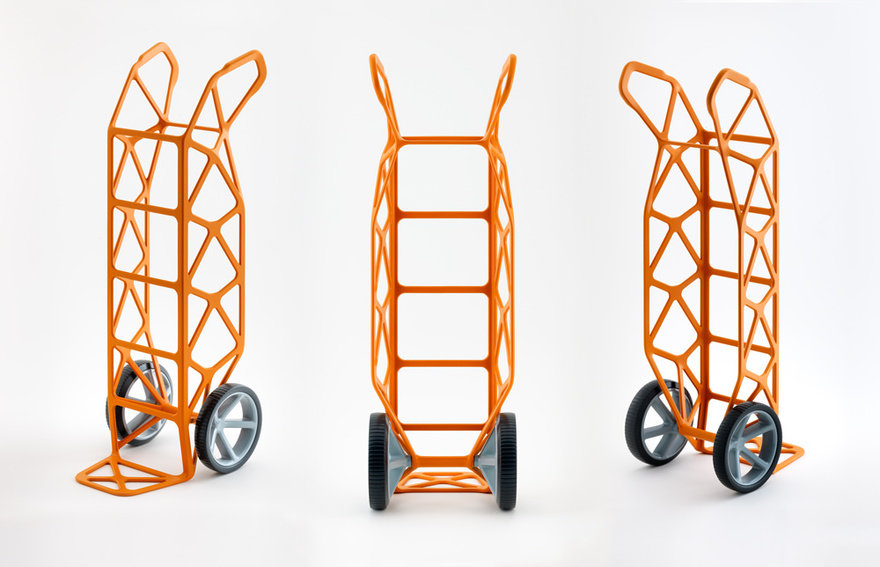 "SKO – standing for 'soft kill option' – is a method from bionics for improving the load behaviour of structures. With less material SKO optimized objects can obtain greater stiffness, allowing for resource-saving, use of alternative materials and ultimately creating more sustainable products. Via special software the distribution of forces within a component can be classified into high and low stress areas." 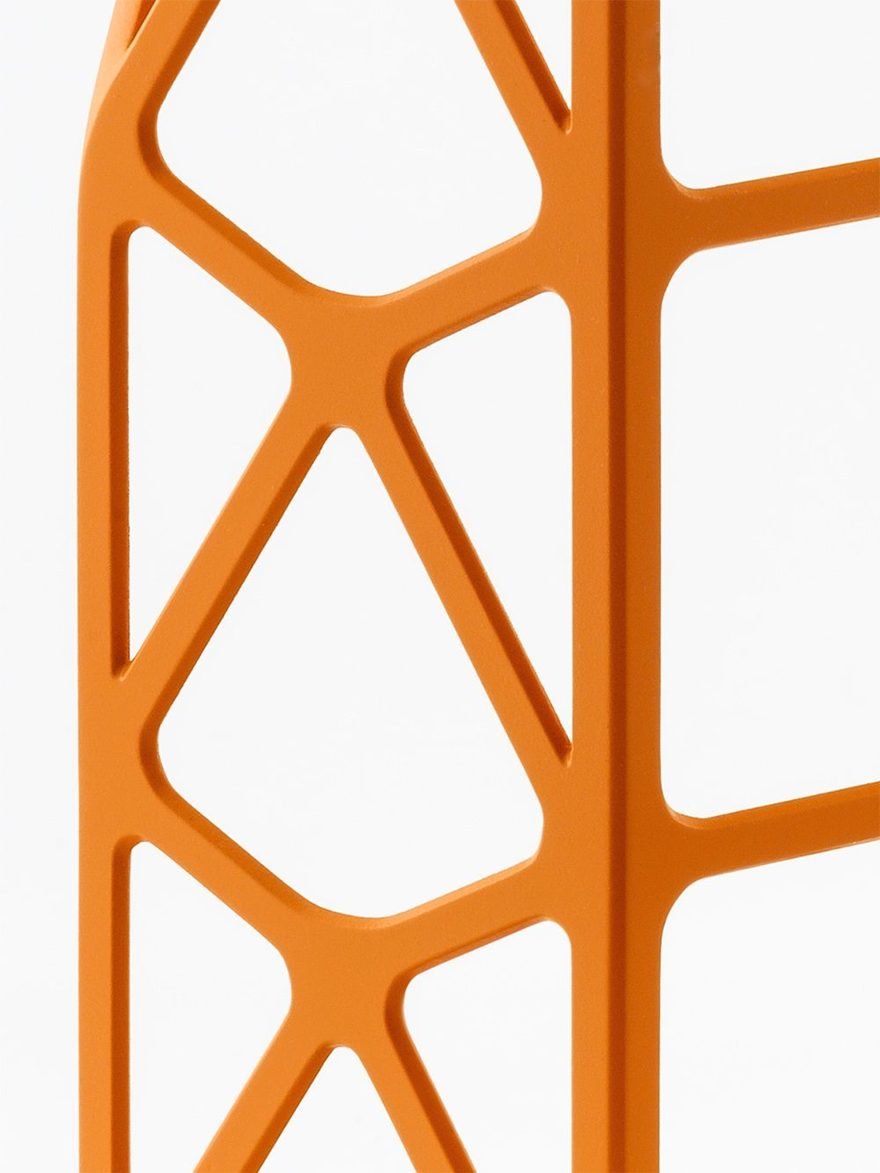 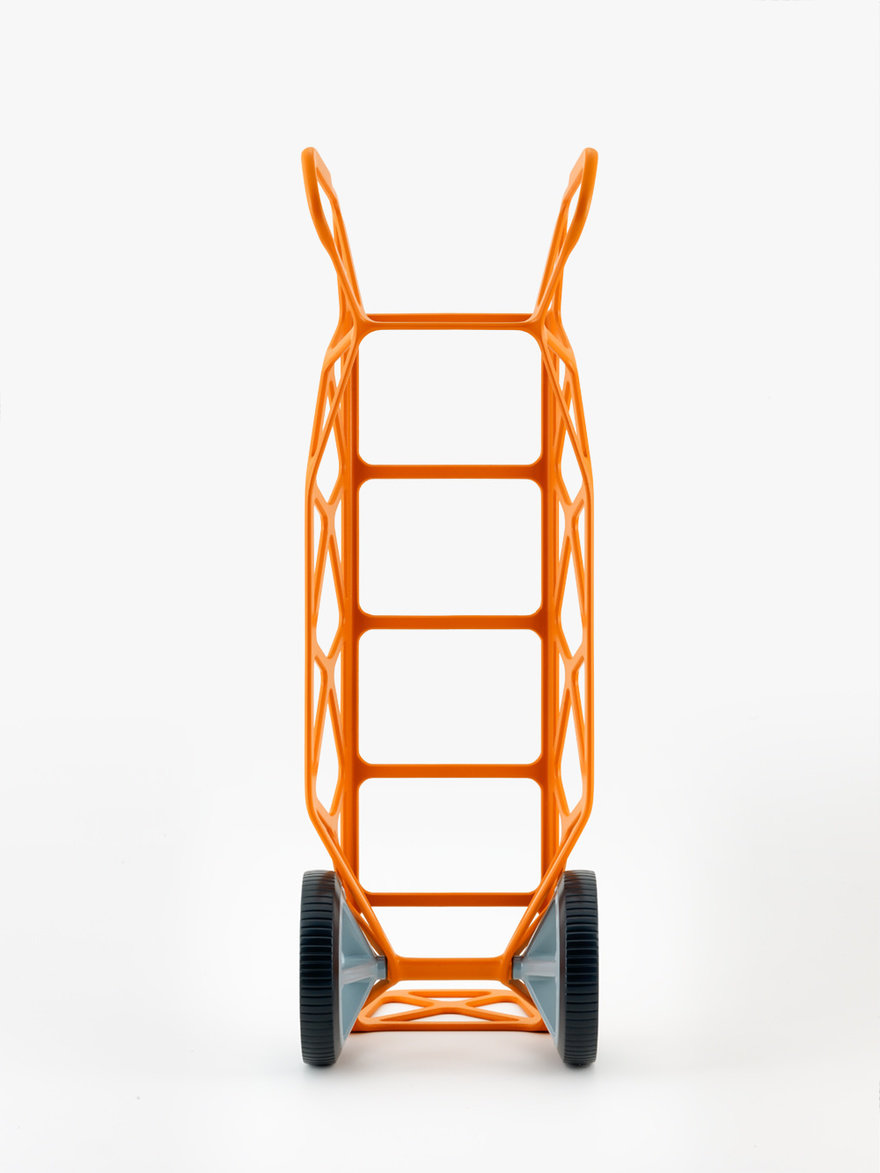 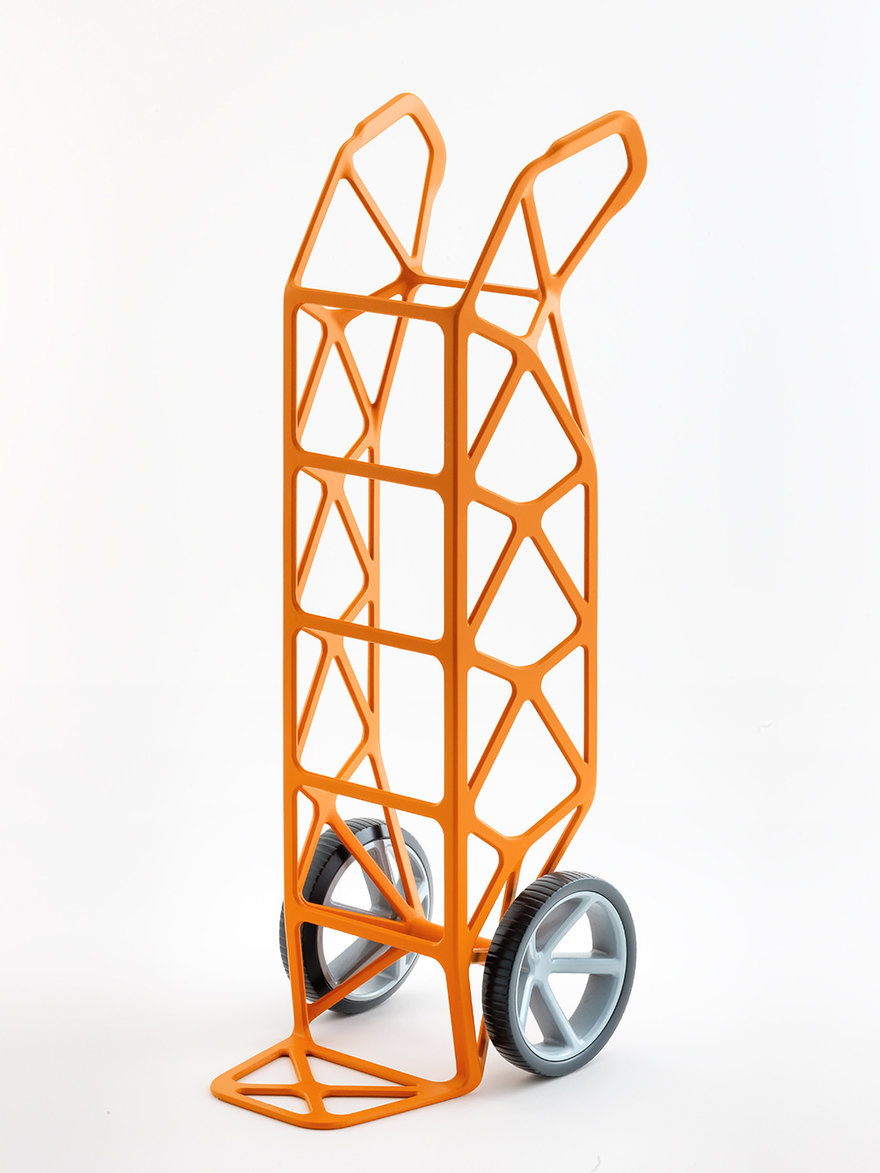 "Basing on such calculations two conceptual designs for a sack barrow and an s-hook were developed. In both cases the goal was to translate the highly complex computer generated geometries into well structured, clear-cut frameworks. While the barrow gained a rather striking silhouette due to its intricately executed bracings and intersections points, the s-hook, that is typically known a a rather simple, two-dimensional shape got an update to make it more robust and elaborate." 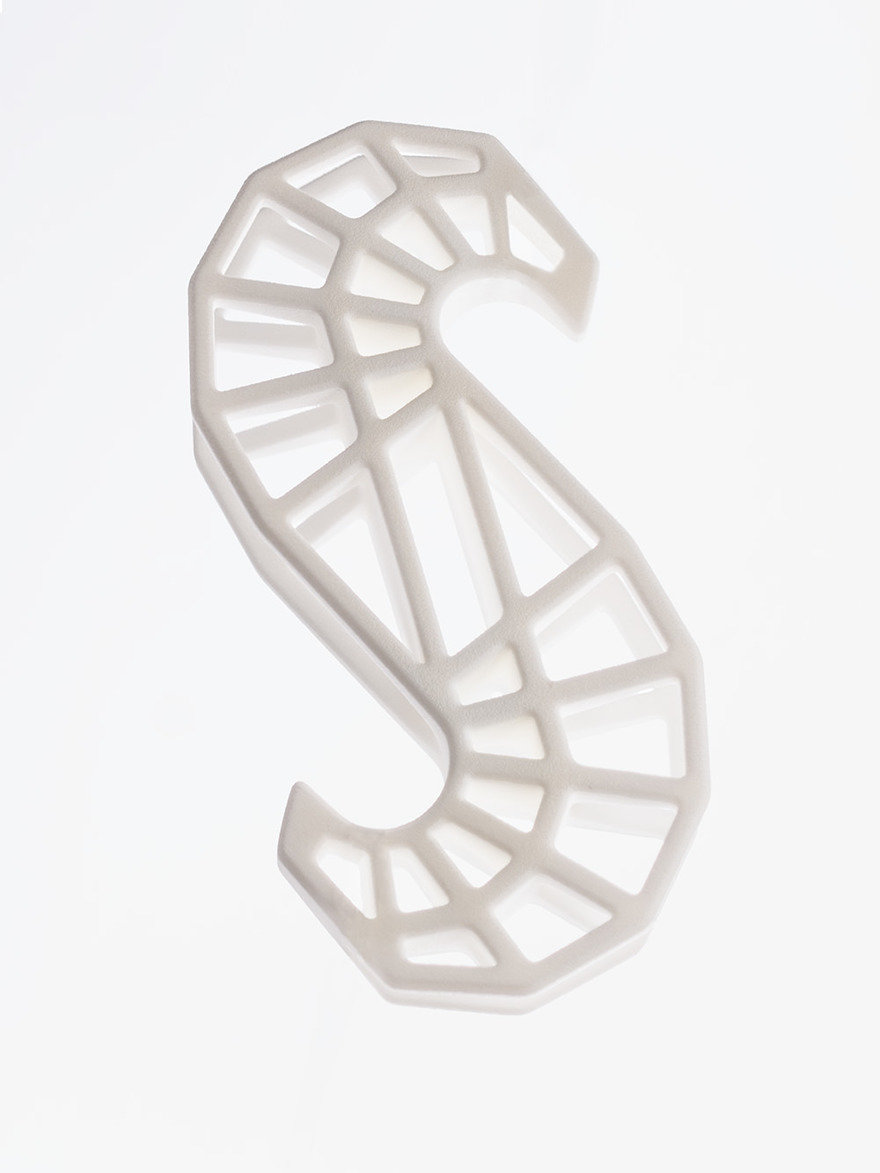 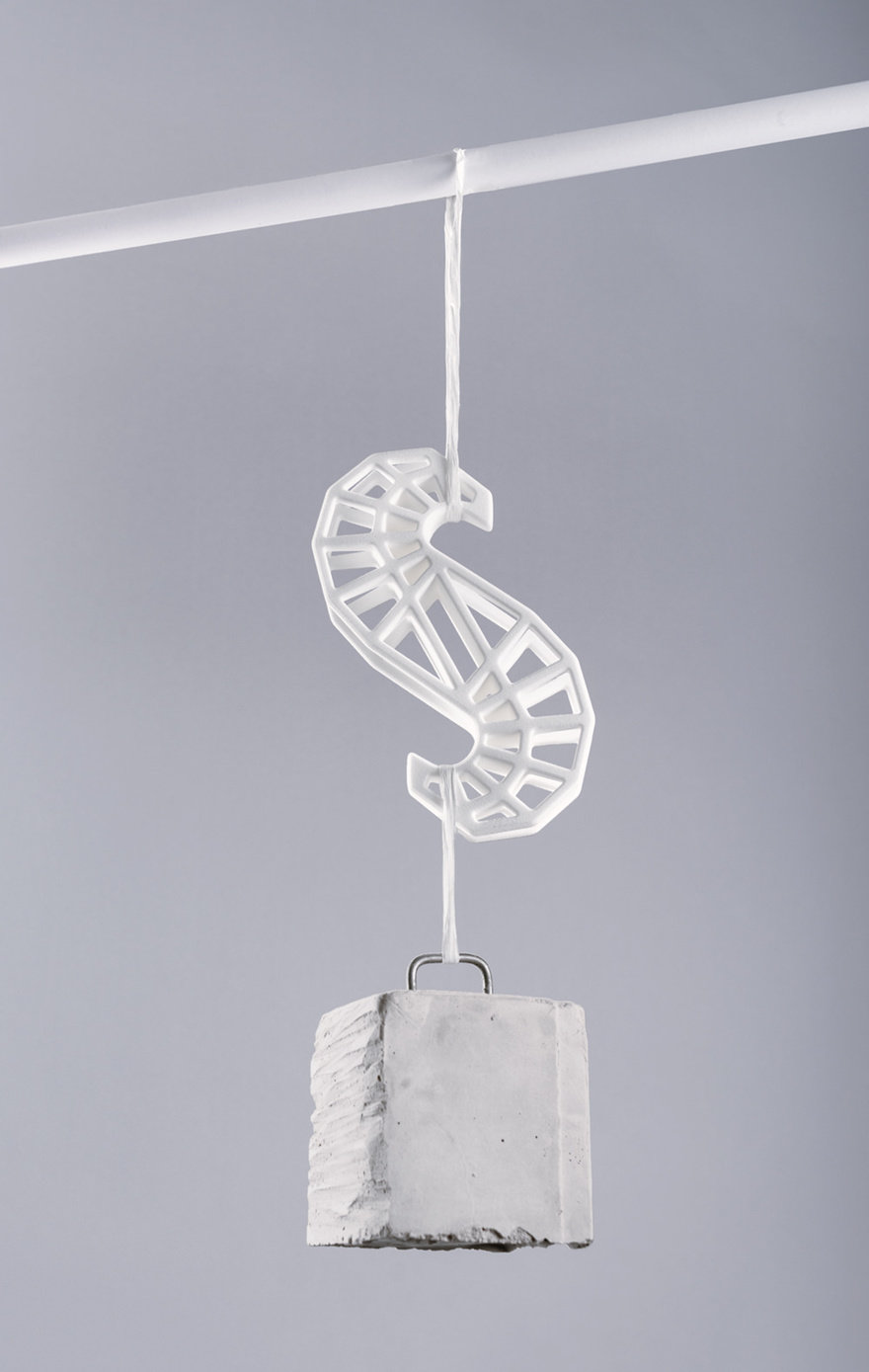 "Due to their ultra lightweight construction, both products can absorb traction as well as compressive force better than their antetype, making them much stable."

I like both of these a lot better than the paradoxically organic yet unnatural forms generative design often yields.