3D Printing Wood That Morphs from Flat to Shaped

"The object could warp into the structure you want," say researchers

Wood movement is the tendency of wood to warp once it's cut from tree into boards. We covered its impact on design here.

Researchers from the Hebrew University of Jerusalem are now attempting to exploit the wandering quality of wood fibers. "Warping can be an obstacle," says HU grad student Doron Kam, "but we thought we could try to understand this phenomenon and harness it into a desirable morphing."

"The team developed an environmentally friendly water-based ink composed of wood-waste microparticles known as 'wood flour' mixed with cellulose nanocrystals and xyloglucan, which are natural binders extracted from plants. The researchers then began using the ink in a 3D printer." 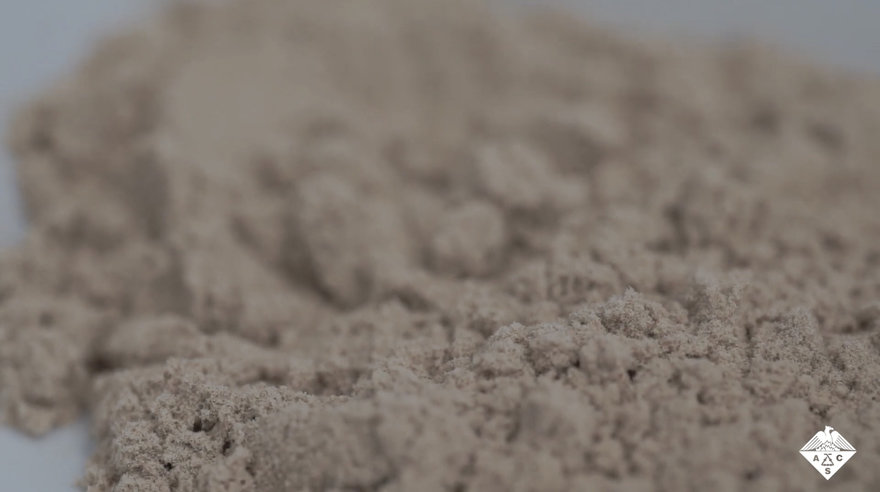 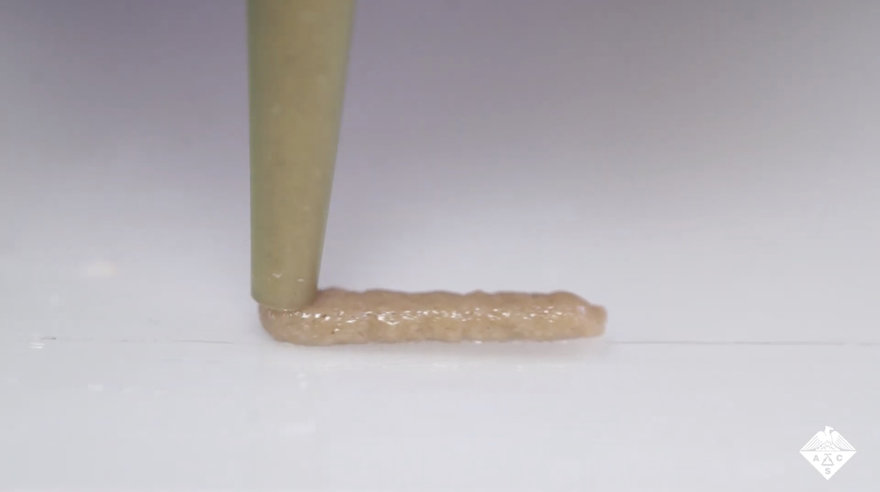 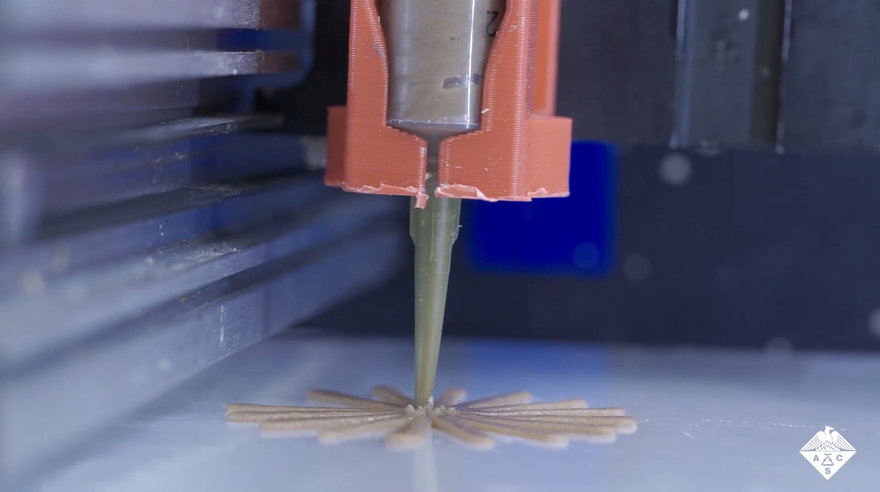 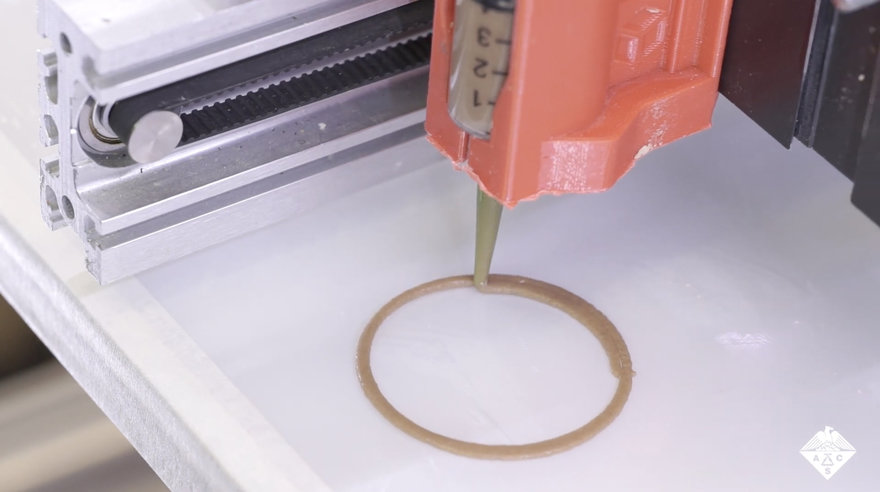 "They recently discovered that the way the ink is laid down, or the 'pathway,' dictates the morphing behavior as the moisture content evaporates from the printed piece. For instance, a flat disk printed as a series of concentric circles dries and shrinks to form a saddle-like structure reminiscent of a Pringles® potato chip, and a disk printed as a series of rays emanating from a central point turns into a dome or cone-like structure." 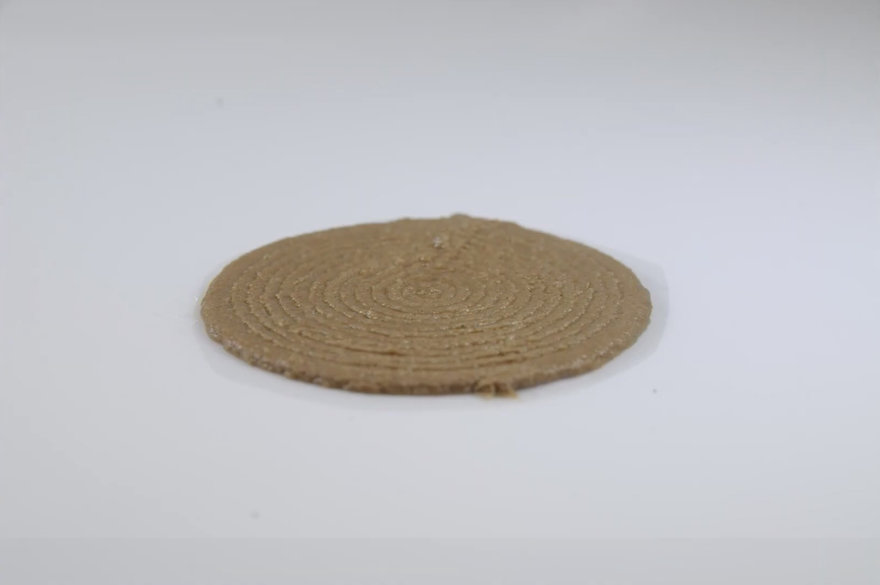 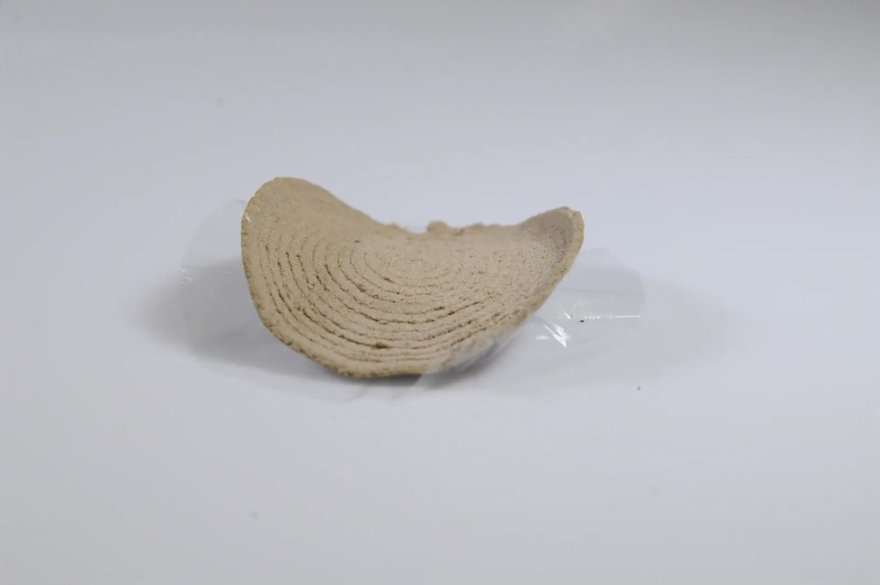 "The ultimate shape of the object can also be controlled by adjusting print speed, the team found. That's because shrinkage occurs perpendicular to the wood fibers in the ink, and print speed changes the degree of alignment of those fibers. A slower rate leaves the particles more randomly oriented, so shrinkage occurs in all directions. Faster printing aligns the fibers with one another, so shrinkage is more directional." 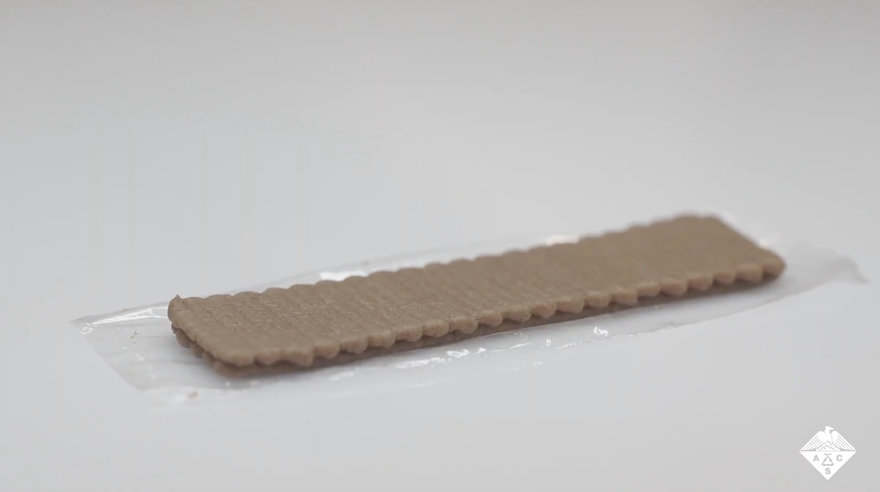 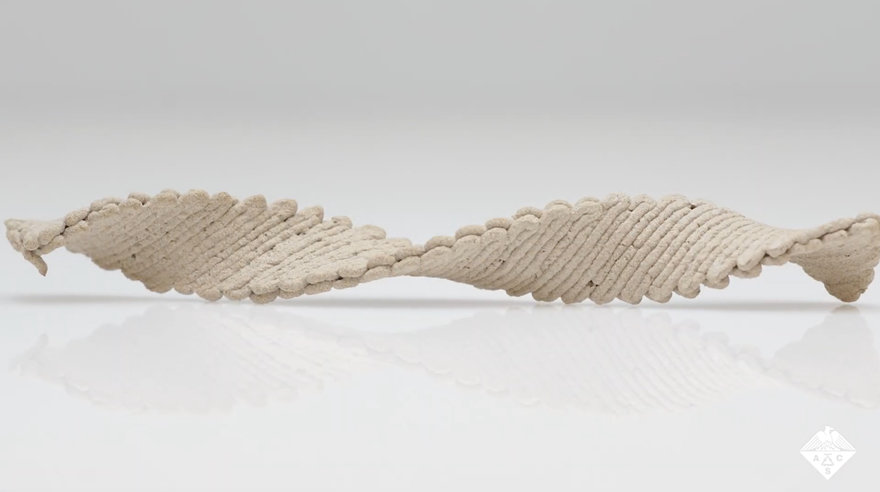 "The scientists learned how to program the print speed and pathway to achieve a variety of final shapes. They found that stacking two rectangular layers that are printed in different orientations yields a helix after drying. In their latest work, they found that they can program the printing pathway, speed and stacking to control the specific direction of shape change, such as whether rectangles twist into a helix that spirals clockwise or counterclockwise." 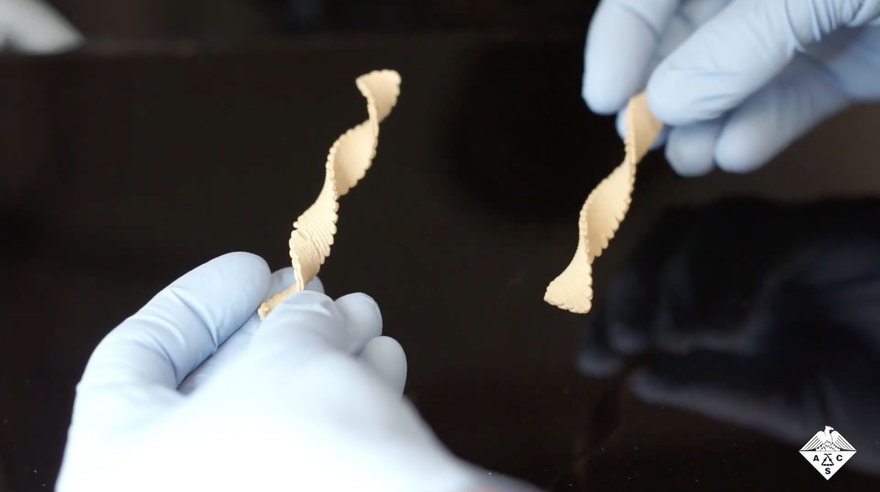 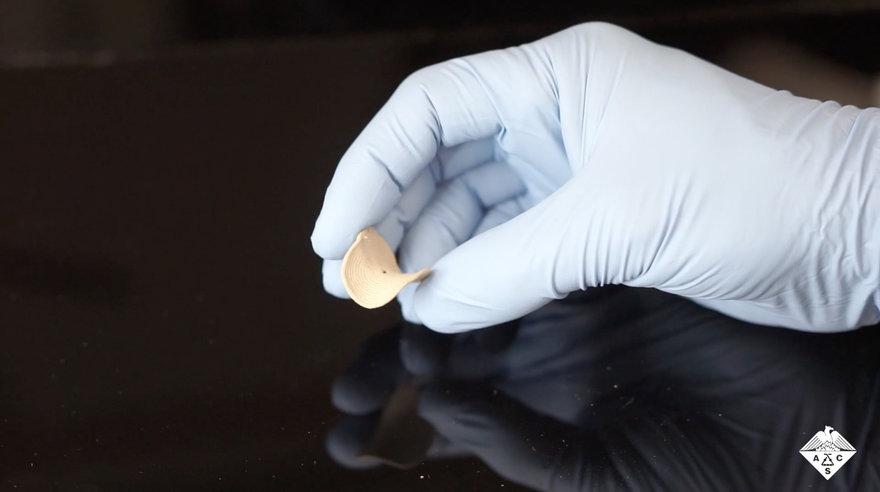 "Further refinement will allow the team to combine the saddles, domes, helices and other design motifs to produce objects with complicated final shapes, such as a chair. Ultimately, it could be possible to make wood products that are shipped flat to the end user, which could reduce shipping volume and costs, Kam says. 'Then, at the destination, the object could warp into the structure you want.' Eventually, it might be feasible to license the technology for home use so consumers could design and print their own wooden objects with a regular 3D printer, [principal researcher Eran] Sharon says." 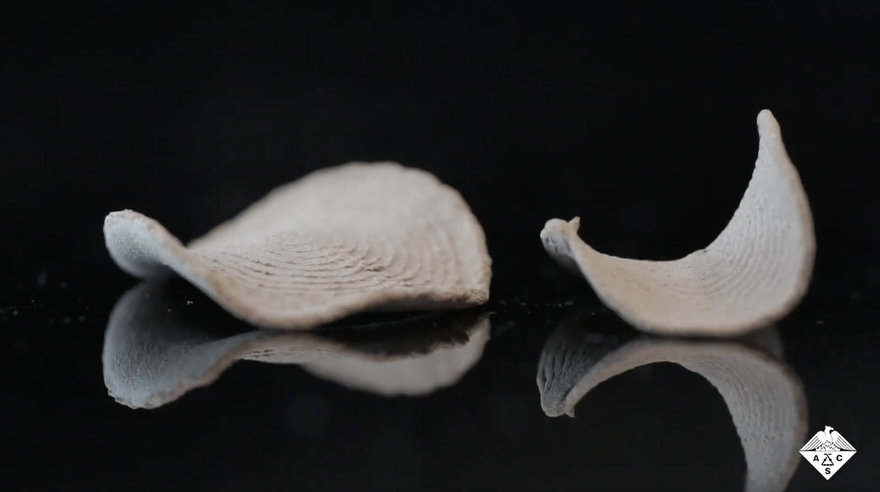 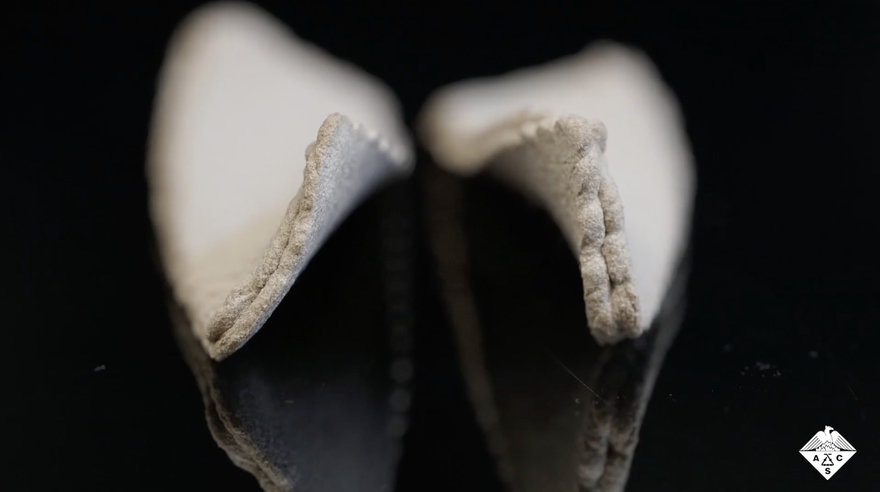 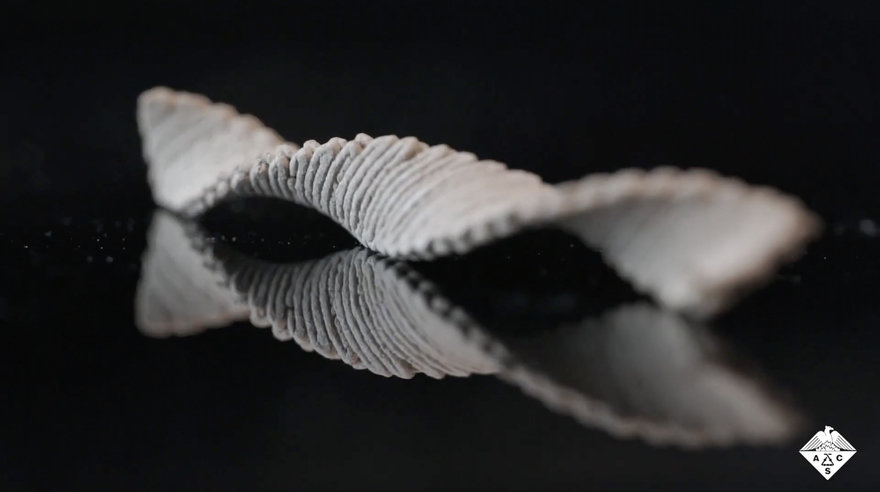 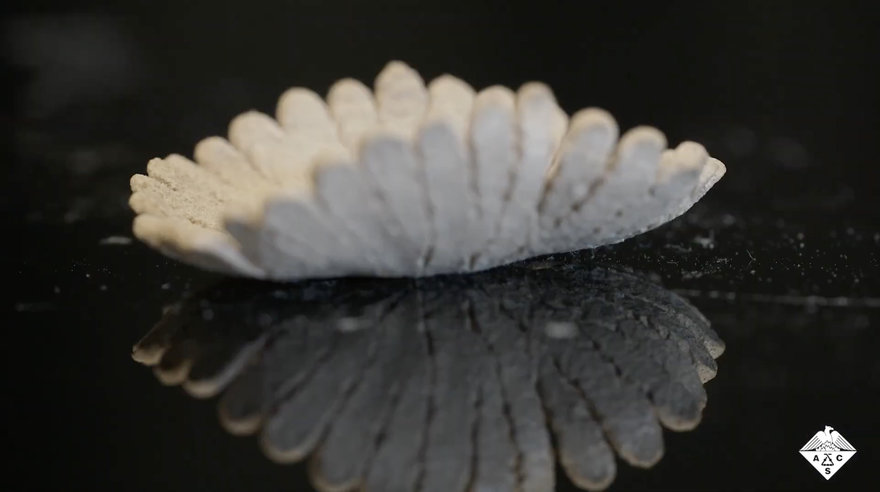 Here's a look at their process: