The Valencian dish of paella is named for the dish-like pan it's cooked in. 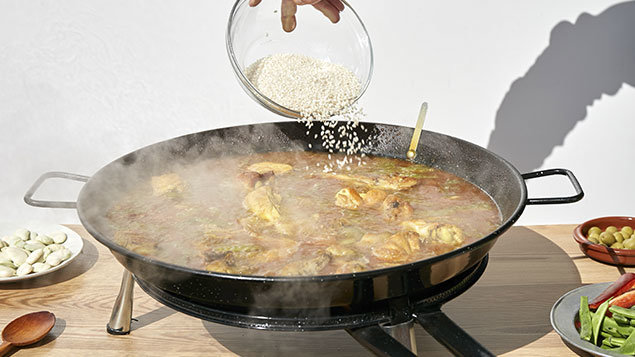 That pan has been around for centuries, and cooks around the world have mastered its use. But for those who aren't paella pros, there are two paella-specific inventions that make cooking it easier.

The first, Paella-Fácil (easy paella) is as simple as it gets—it's essentially just a piece of stainless steel with a magnet and a small dome at the end. 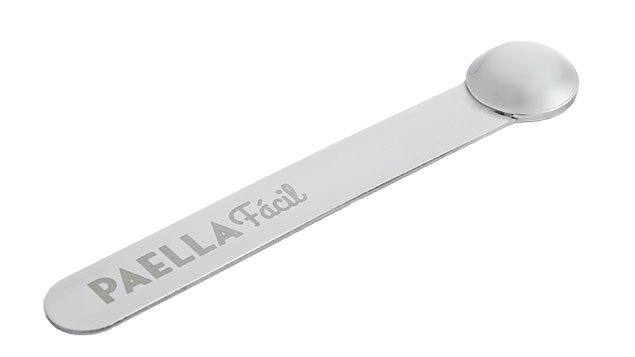 You stick it on the inside of the pan, down to the level of the ingredients. You then add the water, filling the pan until the tool's dome is 90% obscured. When it simmers down to reveal the entirety of the dome, that indicates it's the perfect time to add the rice. 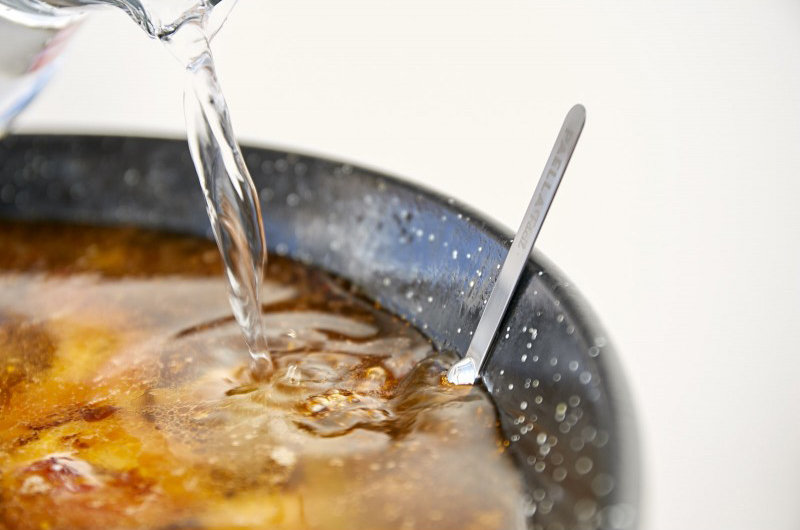 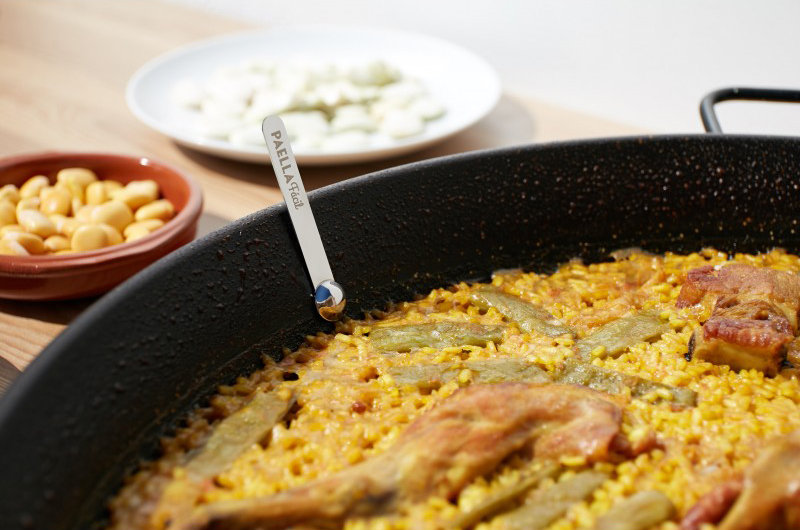 I know that may sound confusing, but it's pretty simple. Here's a demonstration:

The second tool requires a little more background info. When making paella, the preferred type of rice is the short-grained Bomba rice cultivated in eastern Spain. It absorbs water well. However, Bomba rice is expensive. So paella-makers on a budget will use regular round rice, which costs just 1/3rd of what you'd pay for Bomba.

The regular round rice "transmits more flavor than Bomba," according to Paella-Fácil, but is difficult to cook; at around the nine-minute mark, the rice should be "peeking out," or visible on the surface of the broth, like this: 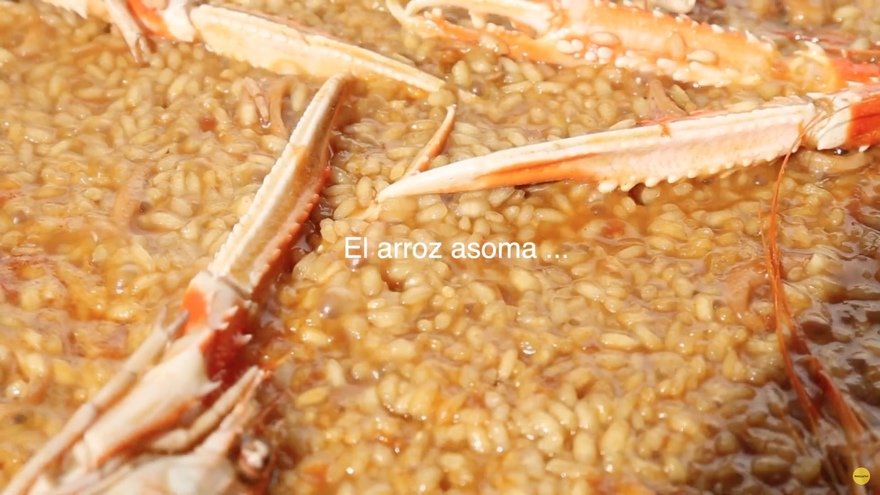 However, with the round rice you may find it's still submerged at nine minutes, like this: 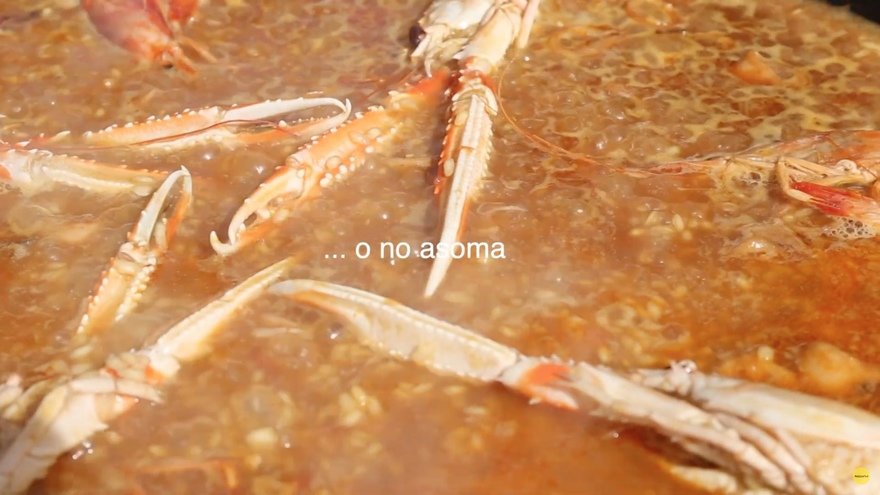 In that case, you are about to ruin the dish by overcooking the rice, and what you need to do is evacuate enough of the broth that the rice "peeks out." That's where this second tool, Arroz Control (Rice Control) comes in. 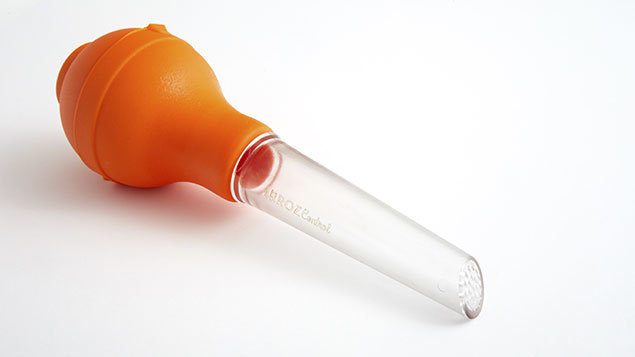 It's essentially just a pipette with a filter tip that rice can't fit through. You use it to suck broth out of the pan, getting it down to the level where you can see the rice. 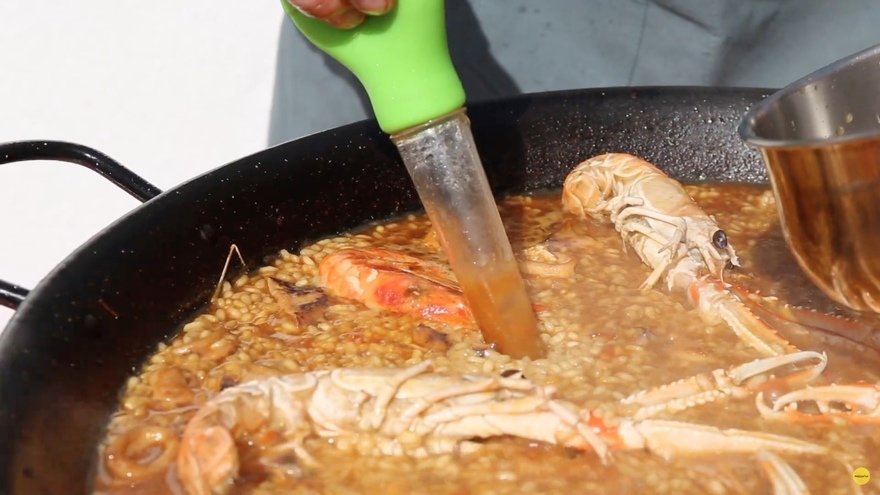