Project Flock Brings a Little Humanity Back to Urban Cycling 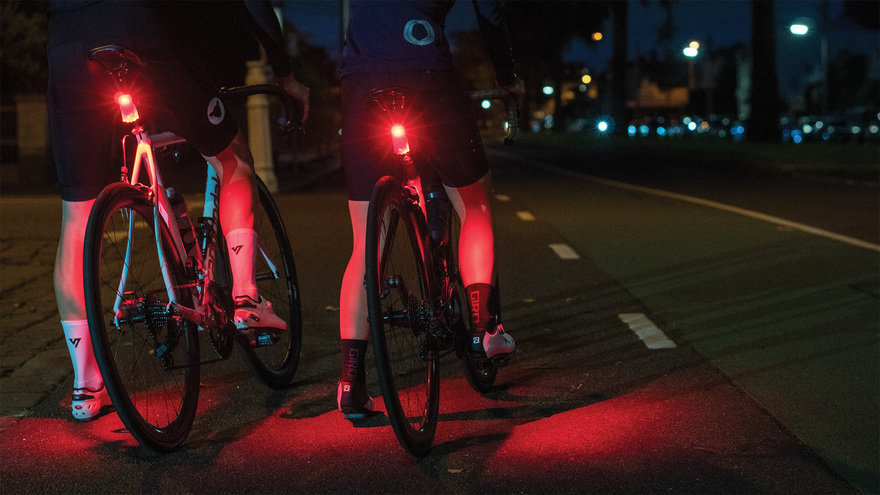 Cycling in a major city can feel like taking your life into your own hands. There's congested traffic, brutal road conditions, and the often casually-cruel way drivers treat bicyclists. According to a 2019 Australian study, over 50% of motorists see cyclists as "less than human." This is particularly true during night driving when bikers are often just a tiny red LED dot on the road. But Project Flock hopes to change this dynamic with the new Flock Light, which utilizes Biomotion—the movement of living organisms and how evolution has wired our brains to react to them—to transform cyclists from road obstacles back into human beings.

Available on Kickstarter until September 15, the Flock Light works by signaling organic movement to the human brain by shining a beam directly onto the cyclist's legs in a "halo" formation, projecting onto the road surrounding the rider. The light beam then enables cyclists to be spotted up to 5.5x faster than the traditional rear or front-facing lights. Meanwhile, the built-in Flight Time Gauge empowers riders to monitor energy stores and prevent unexpected low-battery emergencies. Designed to perceive ambient light changes, becoming brighter during darker hours, the Flock Light focuses on showcasing cyclists rather than blinding drivers with LED power, taking "visibility to the next level."

"What we're trying to do is prevent crashes and injury from occurring to people who ride bikes," states Industrial Designer Tim Ottaway, co-founder of Project Flock, who runs the start-up with his partner in life and business, Marie Penny, an architect. "Her background as a project architect and her passion for impact-driven design meant that Project Flock could start to get more focused, not just as a product company, but a purpose-driven company," says Ottaway, who first developed Flock Light's design while completing his final honors year of Industrial Design at RMIT in Melbourne.

The pair credited LaunchHUB and the RMIT Activator with helping them turn "what was essentially an academic design research project" into a customer-focused product business complete with a launch strategy. But what truly drove Flock Light was the duo's passion for the road. "We both enjoy cycling for different reasons," explains Penny. "Tim got into road racing when he was younger, and what drew him to it was the sense of community, the freedom, and the challenge of competing and pushing himself," she says, noting that her interest lies more in cycling as a fun and sustainable way to get around. "Both of us believe that if more people rode bikes, our cities would be happier and healthier overall." 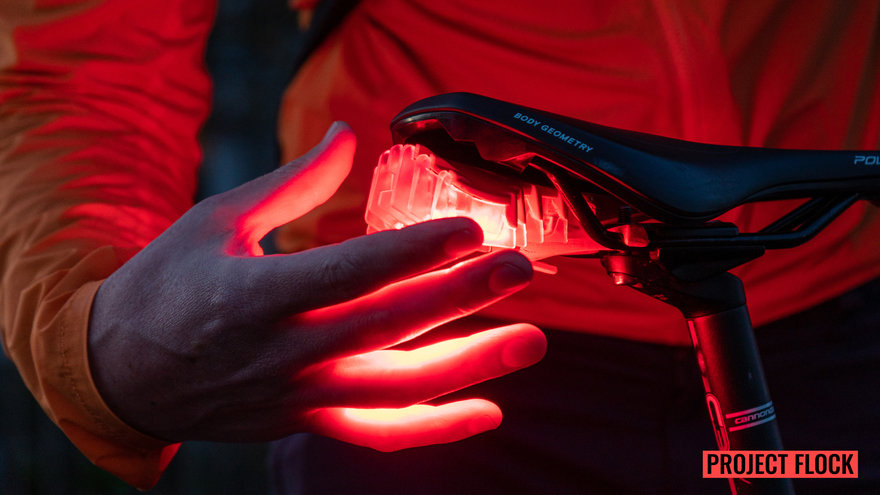 Soft-launched in 2020 through R&D on hundreds of real-world cyclists, the pair created the Flock Pilot Program to put their innovation through rigorous training, generating 14 "Flock Pilots" and accumulating over 350 hours of testing. "It showed a strong link between how road users saw each other and how they treated each other," the creators explain on their Kickstarter page. "It proved that safety was about much more than just visibility; it was about building empathy and awareness on our roads."

"A big part of why Project Flock exists is that we're trying to raise the profile of people who ride and champion more sustainable modes of transport," explains Ottaway. "The name Project Flock means an ongoing body of work. A commitment to helping everyone on the road work together to get home safely." As the inventor of the Flock Light, Tim was awarded student runner-up in the Sports and Recreation Category of the Core 77 Design Award, the Australian James Dyson Award, and in late 2020 was awarded silver at DRIVENxDESIGN London's design awards. "For both of us, it's always been about getting a tool into the hands of people who ride that [lets them] be more visible and feel safer," says Ottaway, who notes that he chose to go the crowdfunding route as a way of expanding community and staying true to the company's ethos. "Kickstarter is famous for being a platform for early adopters, so we've chosen to launch our product here—it's an opportunity for us to work with passionate early adopters who can help us create a fantastic product." 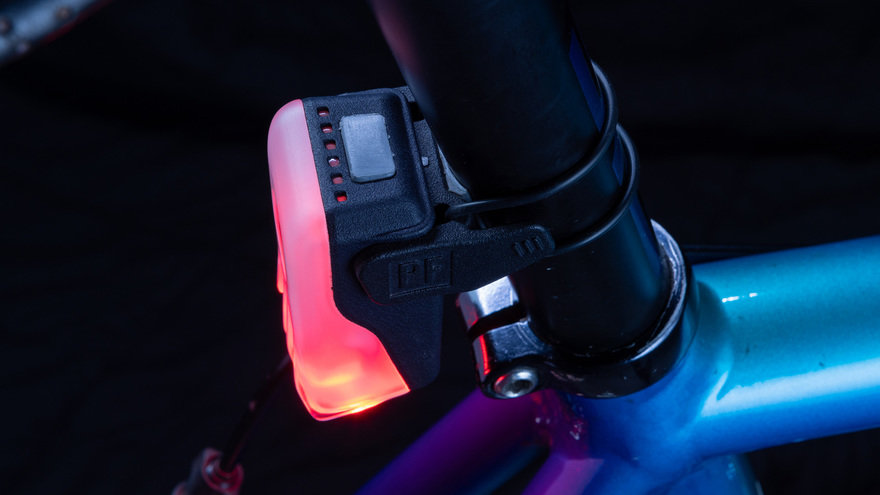 Once Flock Light funds and ships, the team is gearing up, pun intended, to create more products and systems that build onto their mission to humanize cyclists and make cycling safer overall. "Anyone who's ridden a bike is aware that there tends to be an 'us vs. them' mentality between people who ride and people who drive," says Ottaway. "This plays a big part in how safe cyclists feel." By creating a product that helps cyclists to be seen sooner and humanizes them, they ultimately hope to build lasting empathy between road users. "The one thing we can all agree on is that we all want to get home safely. This is why Project Flock exists—we want to create products which encourage positive behavioral change on roads around the world."

Flock Light is live now on Kickstarter until September 15.