Nearly Silent Blender Uses Magnets Instead of a Motor

A startup called Millo, founded by Lithuania-based inventor Adam Trakšelis, has developed the Millo Air, a blender that produces no motor noise. You still hear the sound of the blades chopping—there's no way around that—but it is stunningly silent:

"We've invented the world's first blender with a Magnetic Air Drive (aka MAD) at its core," reads the blender's Kickstarter campaign page. "There is no motor in the blender base, instead we use a powerful magnetic field generator which is absolutely silent. The spinning magnetic disk inside of the blending lid is hermetically sealed, so you can barely hear it." 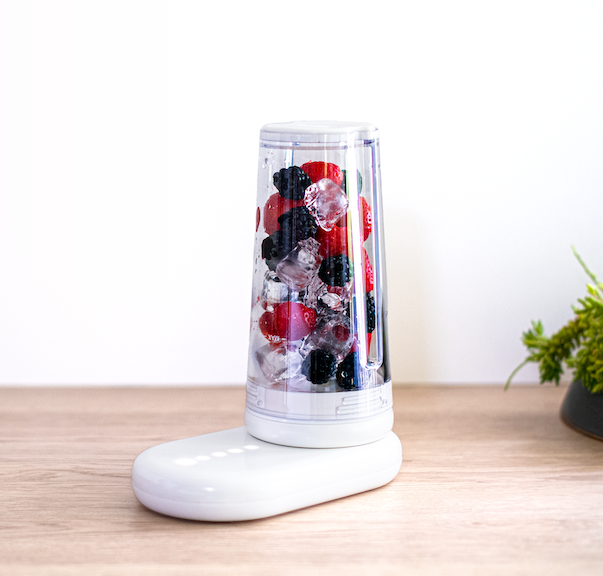 You probably noticed the blender isn't plugged into anything. It runs on lithium-ion batteries, and reportedly can perform "up to ten blends" between charges. It was designed to be battery-powered for the sake of portability; the entire thing weighs just 3 pounds. Assuming the battery's not replaceable, however, does bring longevity concerns, though the company offers a 10-year warranty. 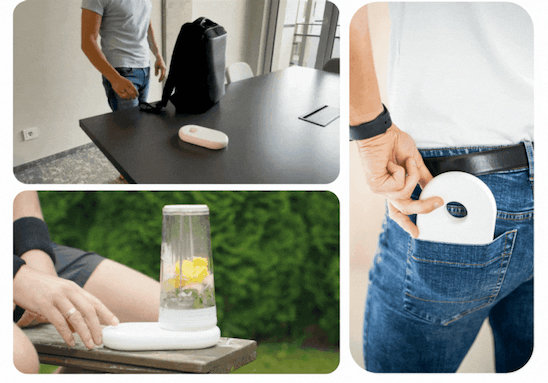 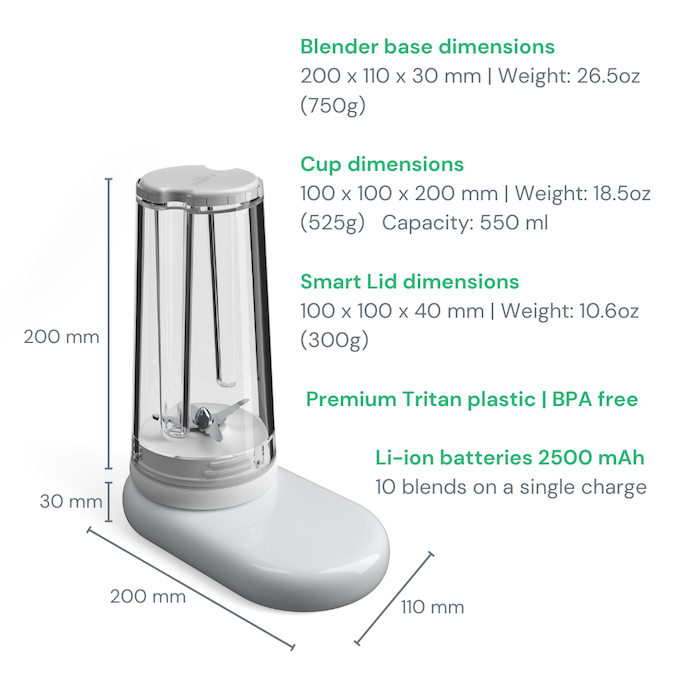 In terms of power, the machine reportedly tops out at 450W, and is "able to crush ice, nuts or full size carrots in a matter of seconds."

Interestingly, the company plans to use the base to power other devices in future:

"Millo Air Blender is the first application of Magnetic Air Drive innovation. We see this as the first step towards a new kind of sustainable kitchen - where a single drive can be used for many appliances. This helps address the problem of over 57 million tonnes (heavier than the Great Wall of China) of electronic waste that's generated each year (home appliances are the biggest offender here). We've already started working on the next accessories that will be compatible with the same Millo Air base."

The Millo Air has been successfully Kickstarted, with 26 days left to pledge at press time. The unites are priced at $220.