Sometimes the best solution is the simplest 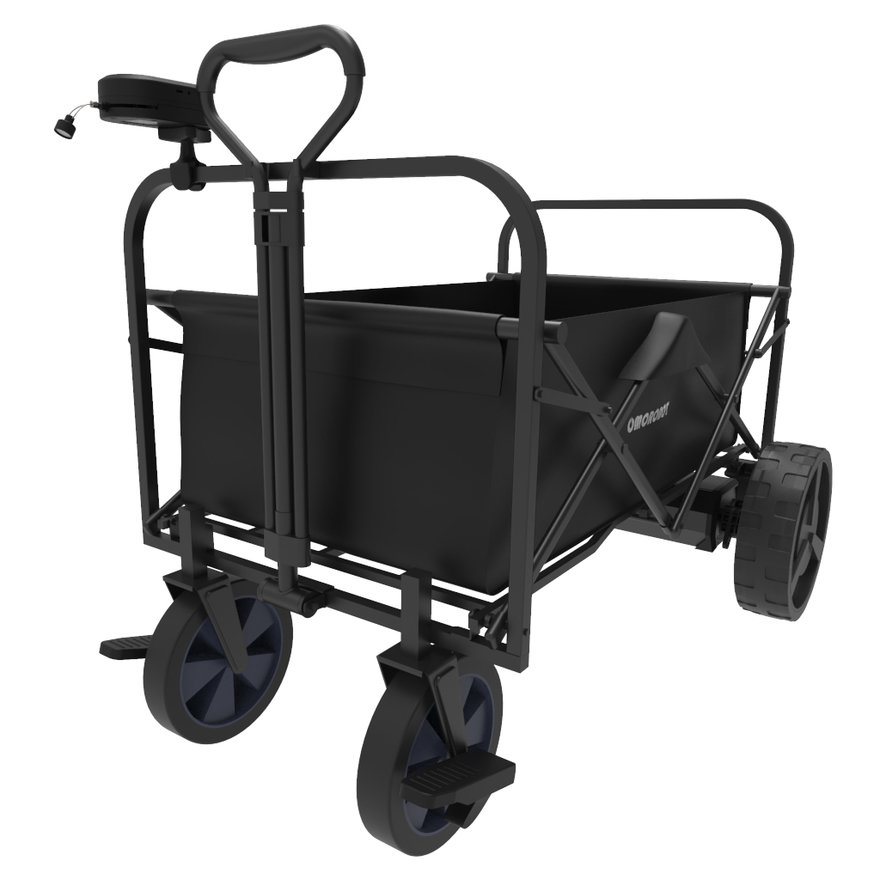 Conveniently, the cart is collapsible and easily stowed:

Also convenient is that the cart follows you. It's strong enough to power up hills, and smart enough to not roll into you when going down a hill.

The follow ability, as well as the distance-maintaining ability, is achieved by a very simple mechanism. There's no LIDAR nor cameras used; instead it's just a simple retractrable tether that you pull out of the handle.

Sensors read the position and length of the tether. When the tether reaches its pre-set distance, and you move, the cart moves to follow. When you turn and the angle of the tether changes, the cart follows that new angle. When you stop, the cart senses the tether is shortening and it stops too.

Here's a demonstration of the tether interface—TFS, for Tether Follow Sensor—on the company's industrial variant, the DonkiBot-S. (It's in Korean, but you don't need language to understand the demo.)

And here's how the domestic DonkiBot-W behaves:

There's also a remote control, for instances where you need to stand behind the 'bot and drive it forwards.

The company says the DonkiBot-W can carry up to 50kg (110 pounds) up a 10-degree incline. If they made a more ruggedized version with slightly more weight capacity, and if it was easy to clean, I could totally use one of these here on the farm.