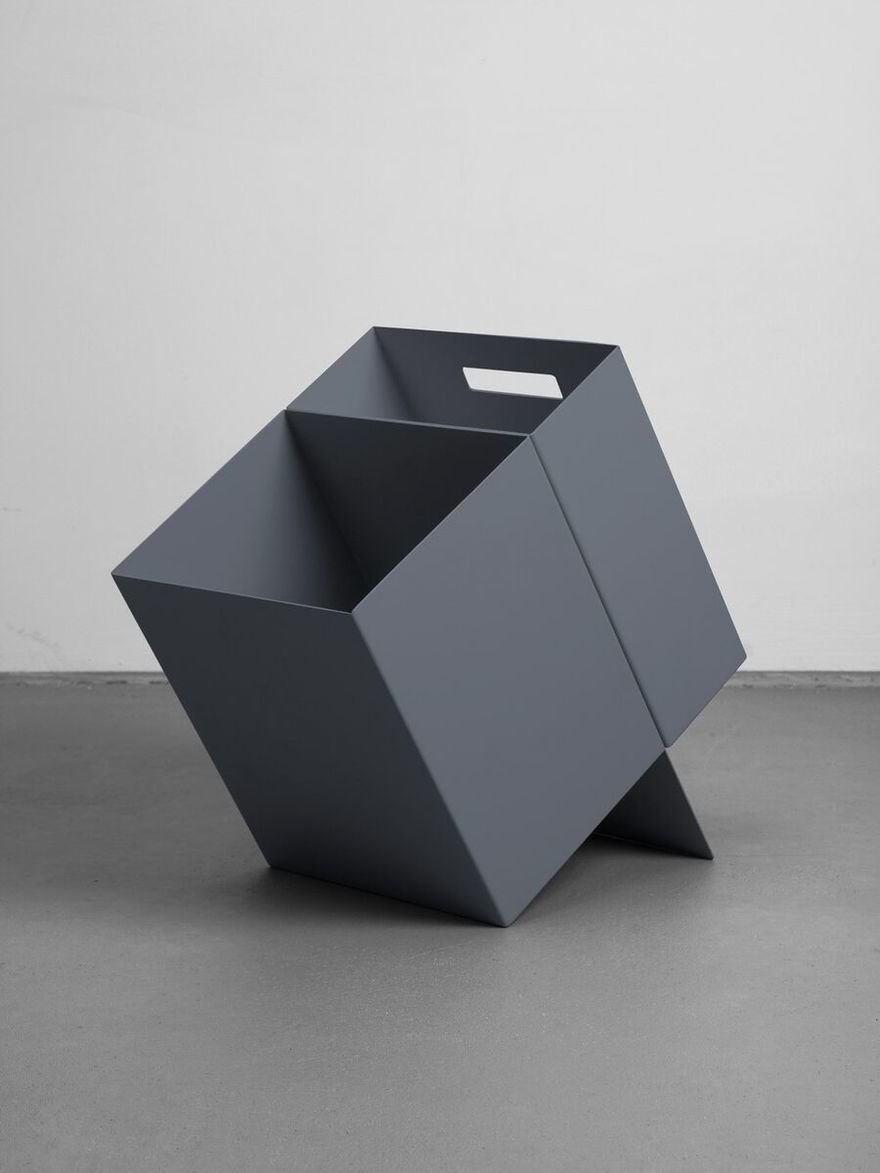 Initially I thought the "tongue" was meant to be slotted between two desks back-to-back, like detectives on a cop show always seem to have, but in fact it's meant to stand as-is. "The inclination of the two boxes makes Niko particularly user-friendly and gives it its unmistakable character," writes Rutishauser. 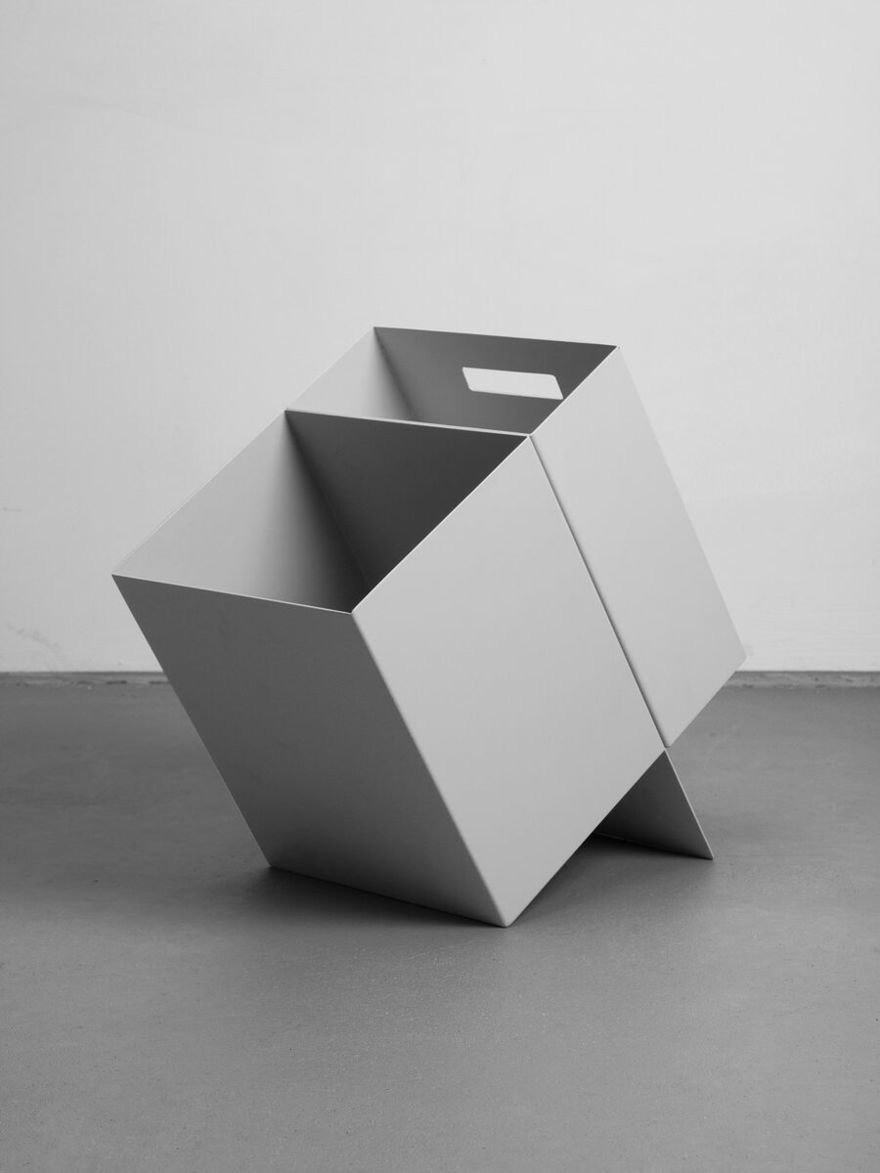 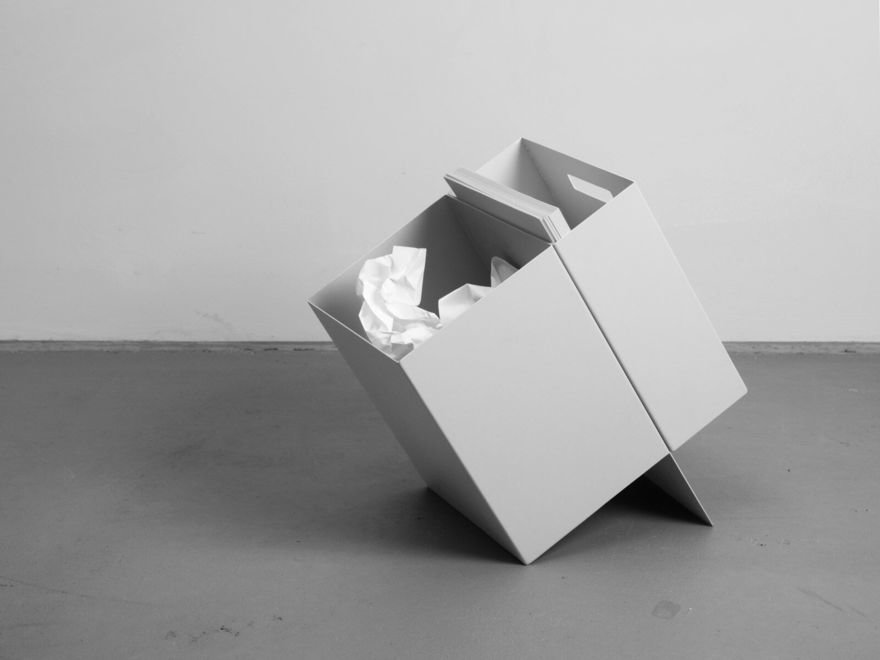 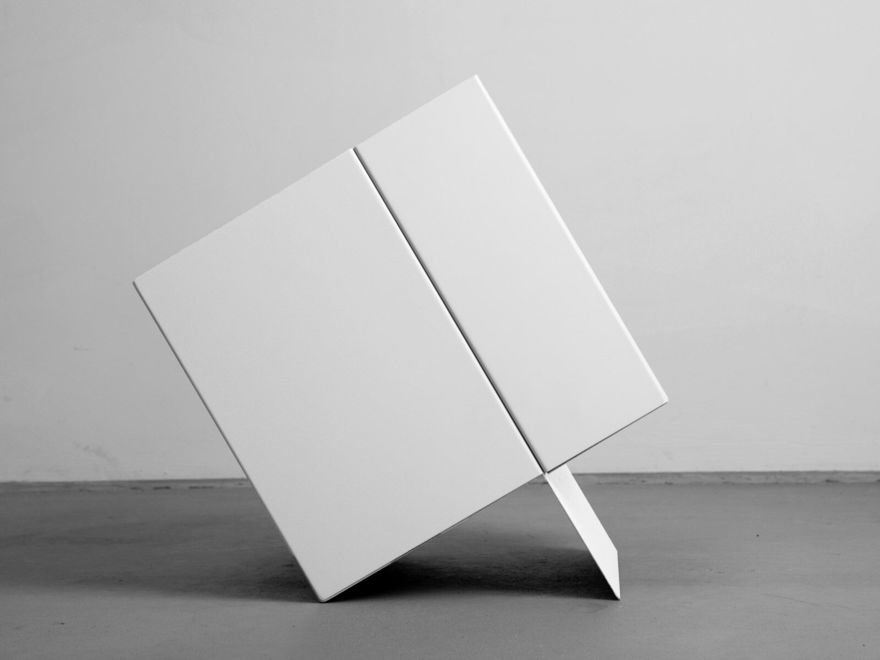 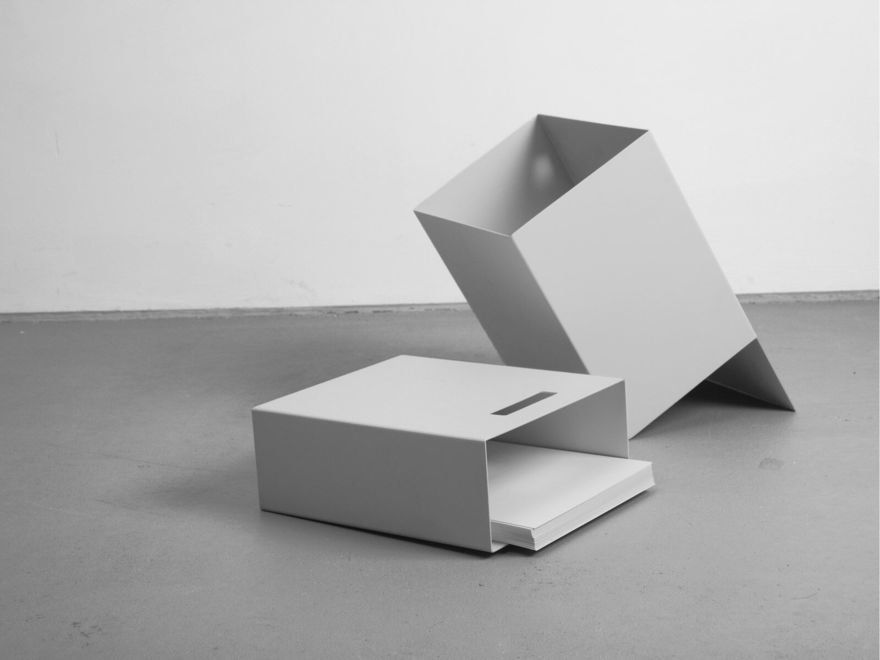 The smaller bin, which hangs from the larger one like Yoda hung from Luke, is meant for paper. "Niko separates waste from waste paper in a simple and sensible way. Due to the larger volume, waste paper can be temporarily stored in the smaller container. The volumes can be easily separated from each other." 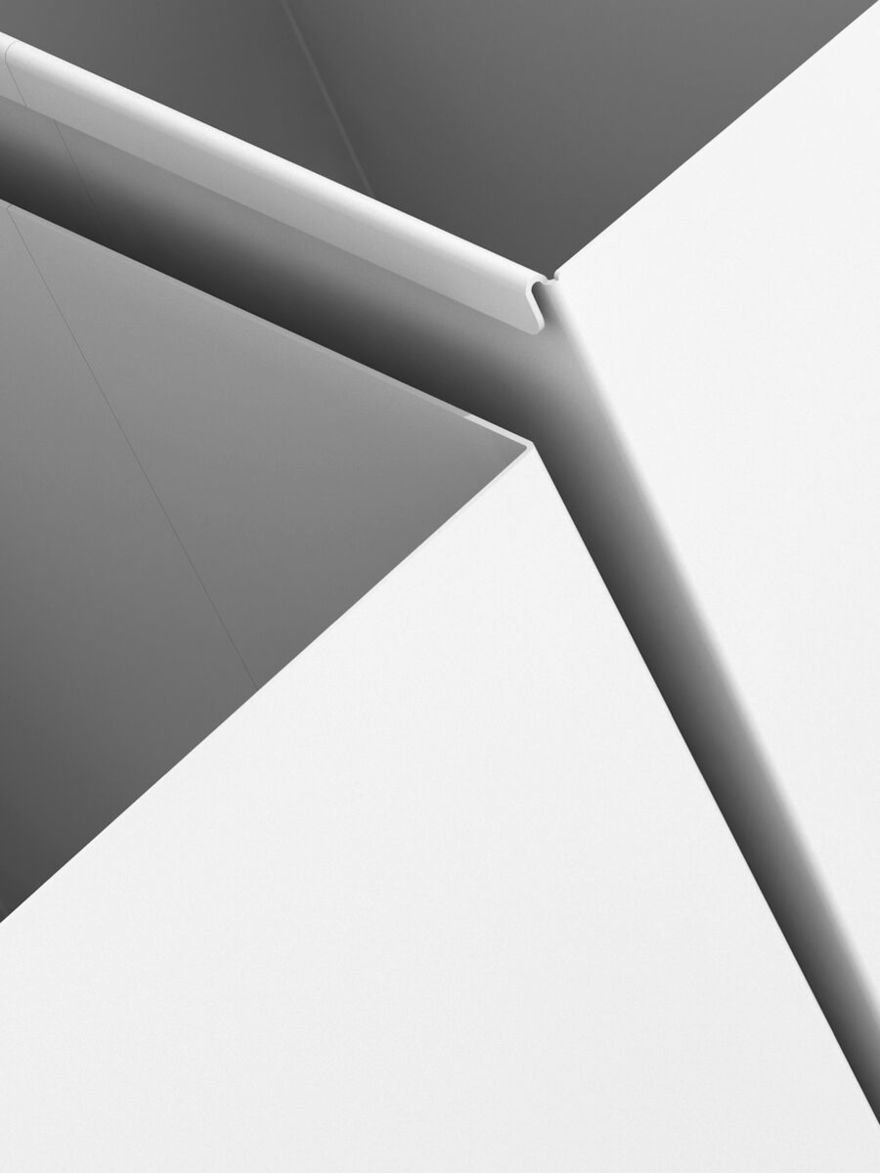 The powder-coated steel units measure 240mm x 285mm x 370mm. Rutishauser says he makes them to order, in the color of your choice. 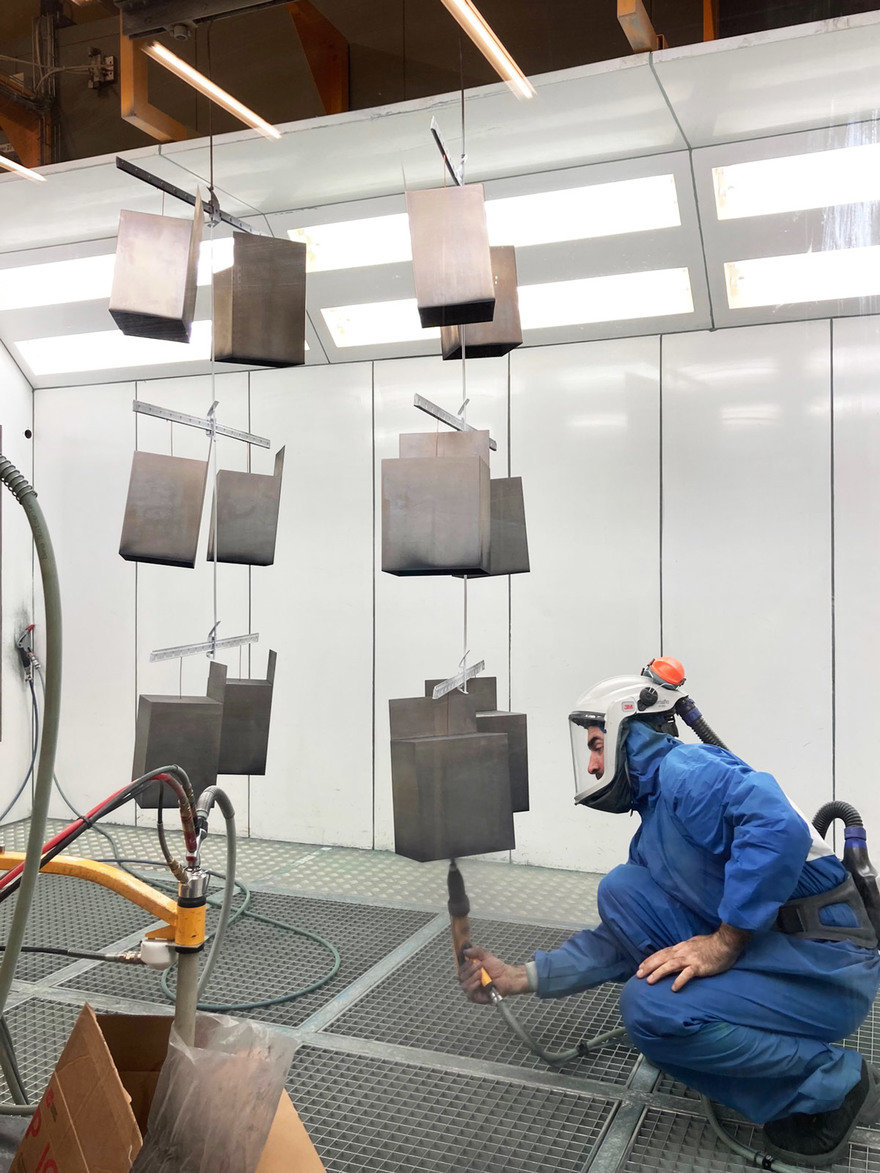 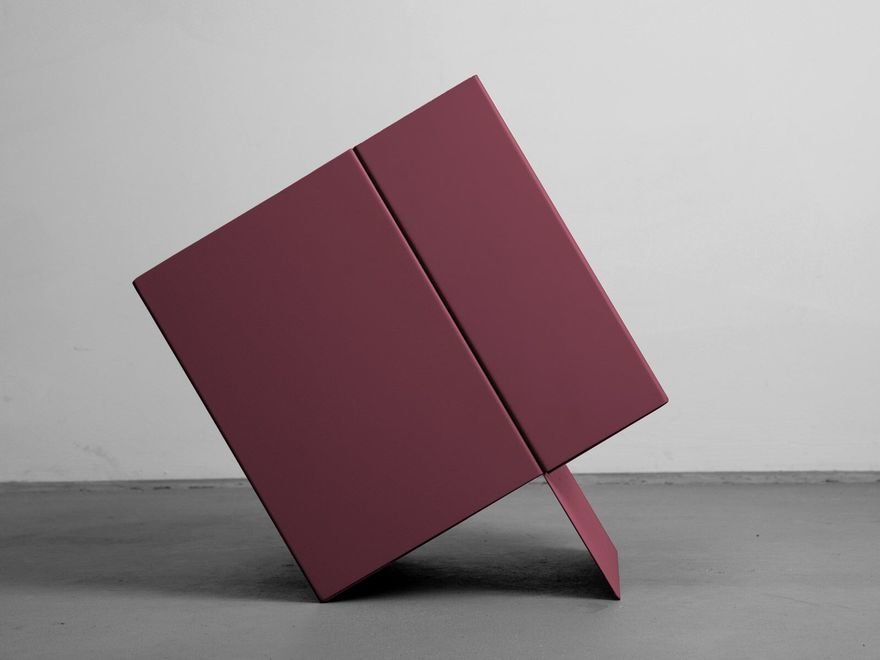 "Reduction as a concept takes on a central role in the process. This is how restrained furniture, products and rooms with character are created in my studio."