In South Africa there's a practice called Gusheshe, which involves using vintage BMWs to burn donuts and drift back and forth at low speeds. The point is to break traction at the rear tires while maintaining control of the car, often within a small or confined area of pavement, as opposed to burning donuts in a wide-open parking lot. It looks like this:

Spectating boys wanted in on the fun, but were too young to own cars. Thus they found a creative way to emulate gusheshe by hacking together special bicycles. These are elongated to mimic the wheelbase of a car, and the rear tire is often wrapped in plastic bottle bodies, to make it easier to break traction. The art of riding them is called spinning. 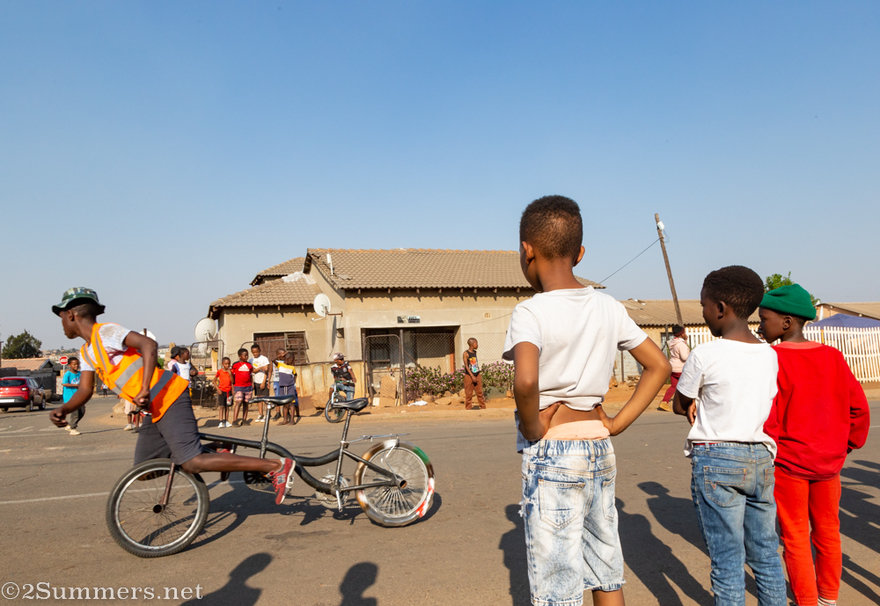 Writer/photographer Heather Mason and architect Thorsten Deckler attended a spinning event in Soweto. Mason wrote it up here, capturing plenty of images; Deckler, who has a fantastic sketch-heavy Instagram, drew examples of several bikes that he saw at the event. 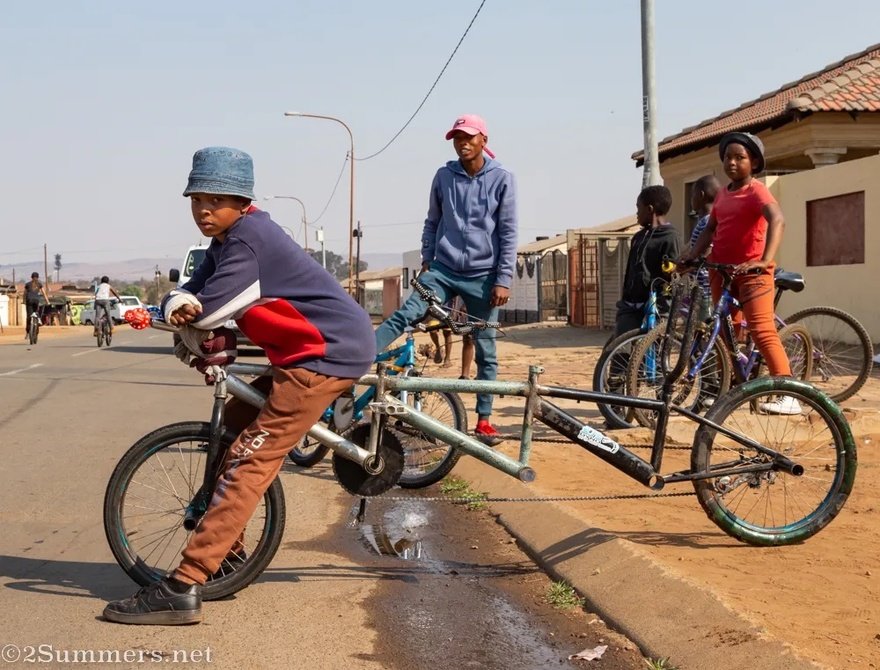 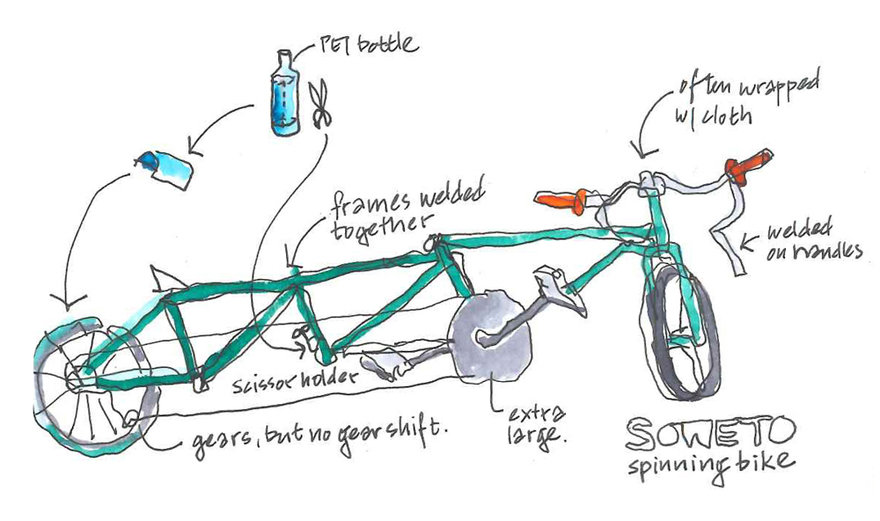 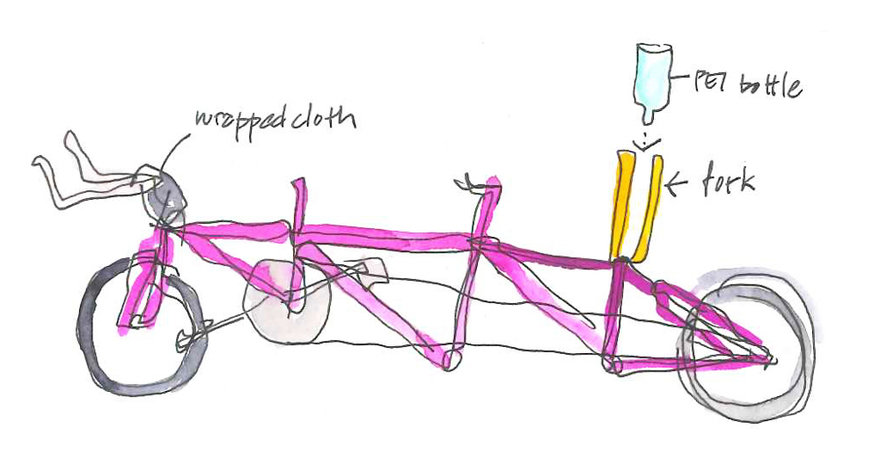 As you can see, the modified bicycles often don't have seats. In this photo captured by Mason... 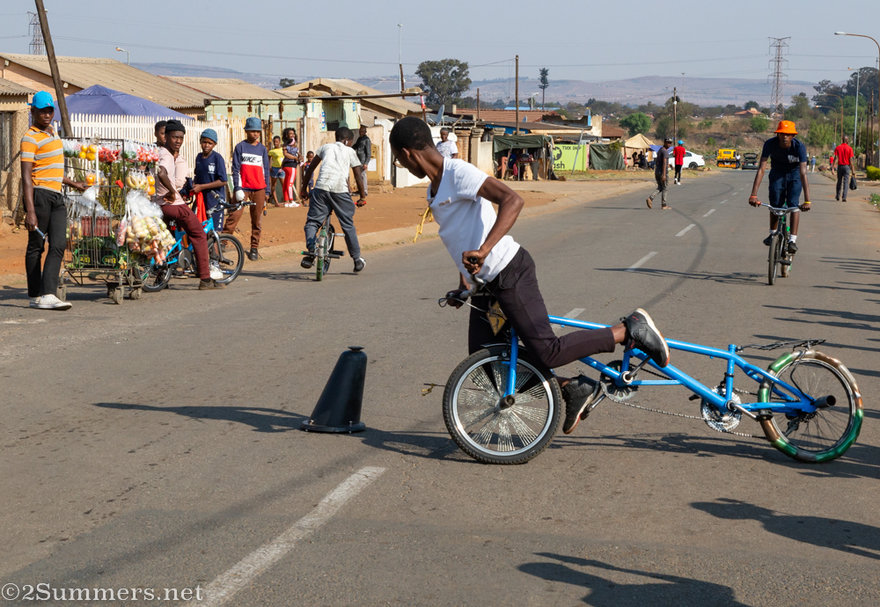 ...it might look like the rider is in the middle of falling off of his bike; but in fact this is the way the bikes are ridden, with the rider supporting his weight by placing the front of his hips on the handlebars, legs trailing behind to work the pedals, giving the impressions of a bicycle centaur. Mason captured a reel that demonstrates the technique:

In the reel you probably noticed some strange-looking, short-wheelbase bikes. There's also a local culture of modifying bikes not for length, but for pure creativity, and those are called stance bikes. 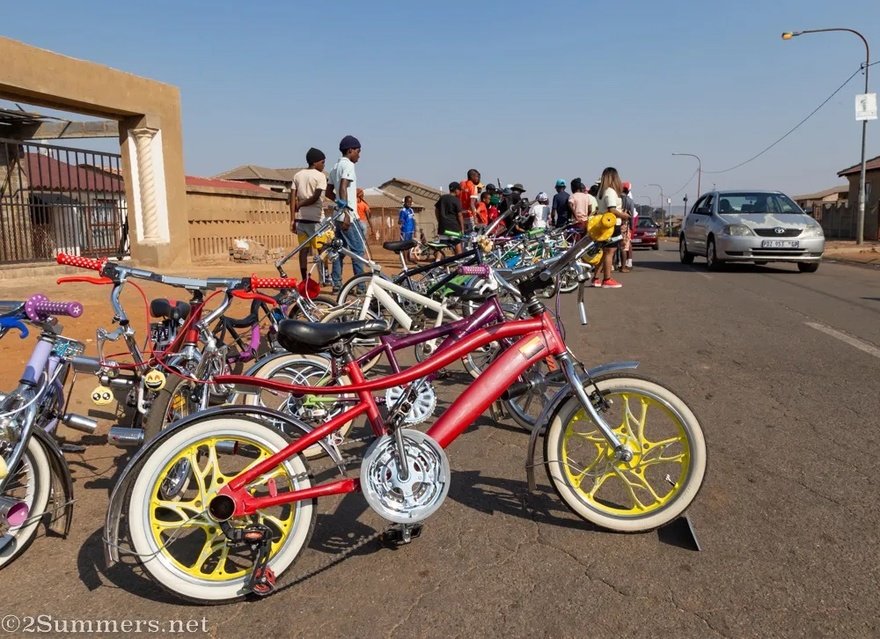 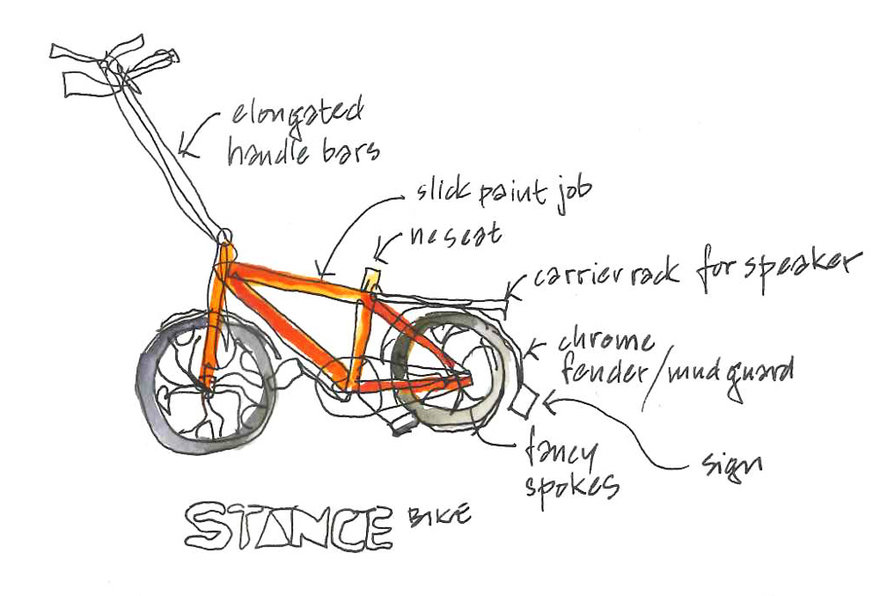 "Perpetual transformation is a big part of owning a stance bike. The original change-over involves stripping the bike down to its basic frame, without gears, brakes, or any other mechanisms, so you can mold it into exactly what you want. Every time Percy wants to change the color of his bike, he burns it over a fire until the paint melts off, then sprays it again. A lot of barter goes on between stance bike owners, who trade various parts and decorations to keep their bikes evolving."

You can see more photos of the bikes on Mason's blog. There's also a couple of bike crews that have Instagrams, like the Brixton-based Sentech Croozers and the Soweto Street Fighters.