A Porta-Potty System Designed by and for Women

Peequal cuts queue time down for women at music festivals

Peequal is the name of a porta-potty system designed by, and specifically for, women. UK-based college buddies Amber Probyn and Hazel McShane, who worked at music festivals together during summers, became fed up with the long lines for women's bathrooms. The wait times, the duo say, can be "up to 34 times longer than men's."

The duo rightly concluded that this is a design problem. Why do women take longer in the bathroom than men? Consider the physics of it:

Men walk in, unzip, whip it out, pee, and leave.

A woman's routine is decidedly different. They walk in—and must ensure the door is securely locked behind them, for safety's sake. To use a toilet they can't just unzip, but must partially disrobe; "we found in some studies that women's clothing takes longer to take off to go to the toilet," McShane says. Then they clean up, then they unlock the door, then leave. All of that takes more time—sometimes just seconds, but those seconds add up in a long queue.

The Peequal's design contains no door, just a small chicane to obscure visibility. That eliminates the door-locking time. Because the stalls are open-air, the user's head is visible; maybe awkward, but it eliminates the safety concern. It also reduces the temptation to check one's phone, as those in line would easily see you're holding up the queue. 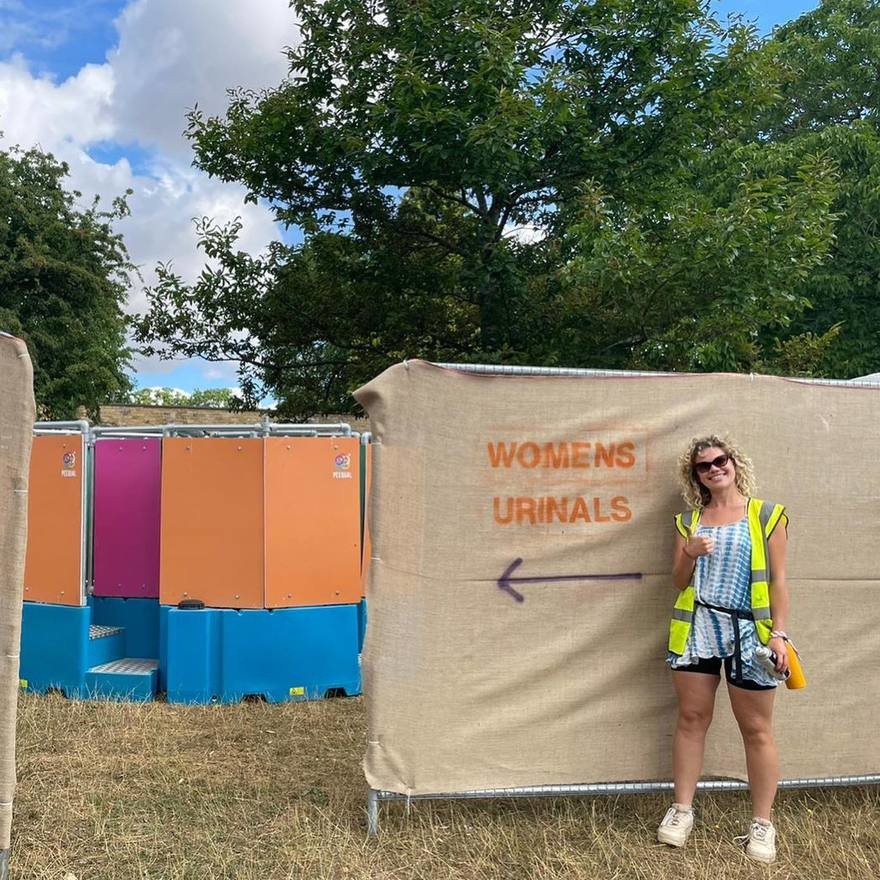 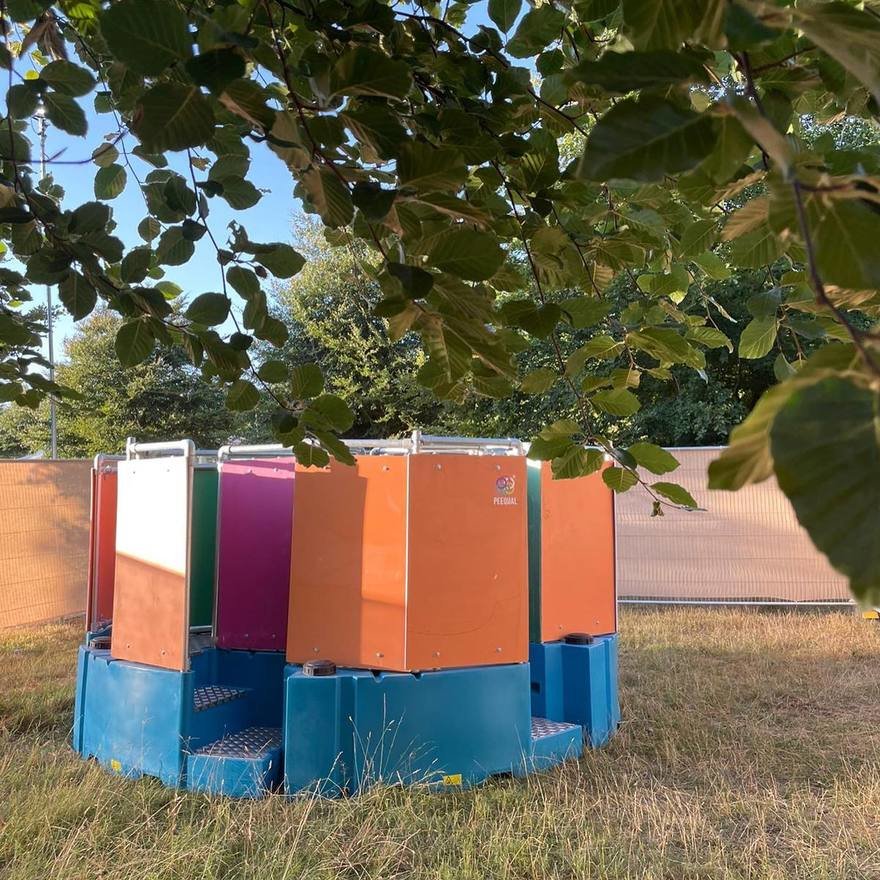 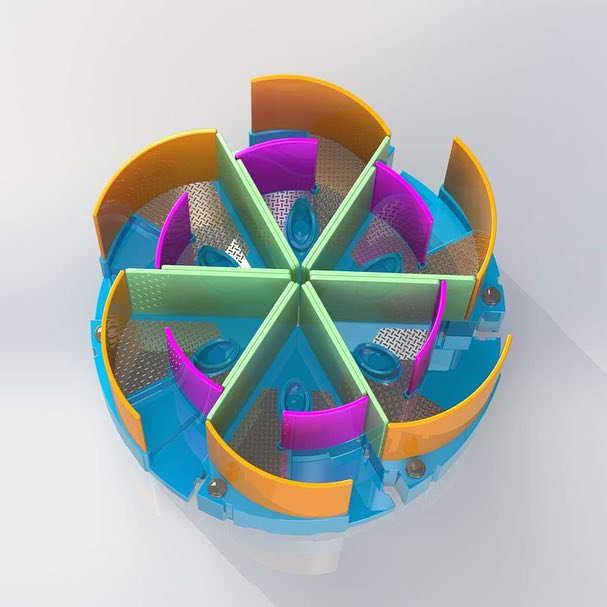 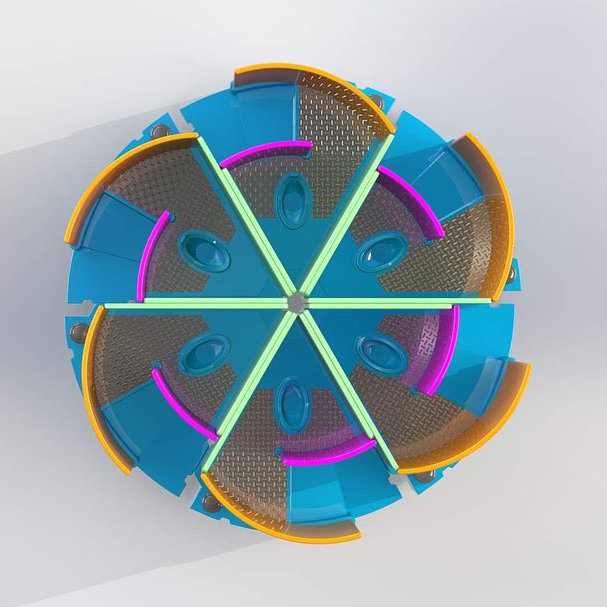 Probyn and McShane developed the final design after having 200-plus women test out multiple prototypes. 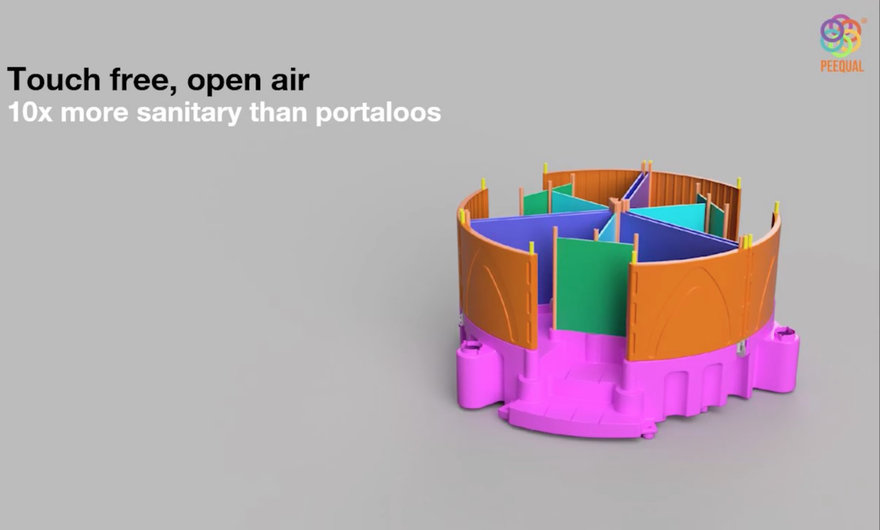 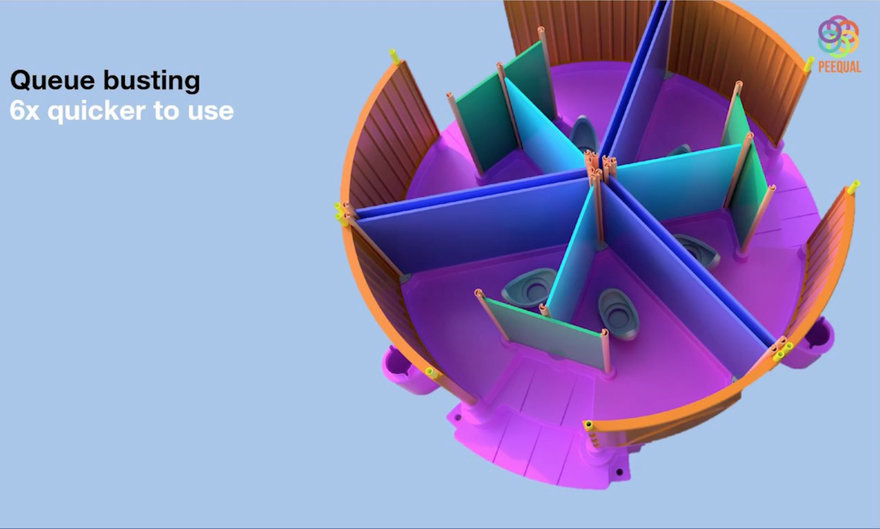 The production units are made from recycled ocean plastic, and are themselves fully recyclable, they say. Furthermore, the units are designed to break down for transport and take up far less space than a standalone porta-potty. 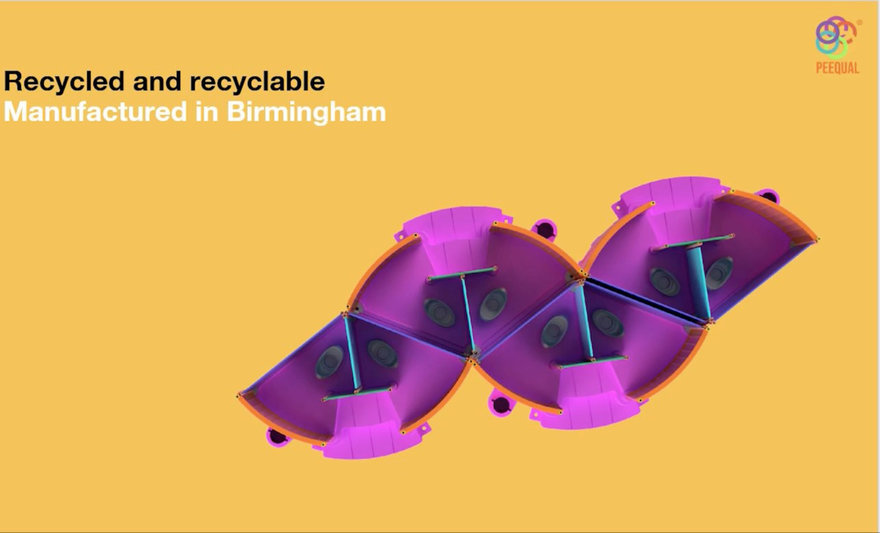 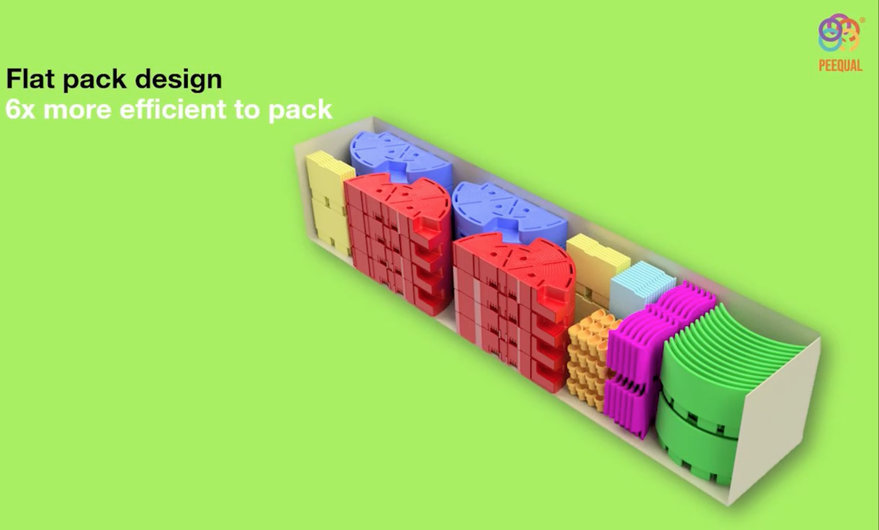 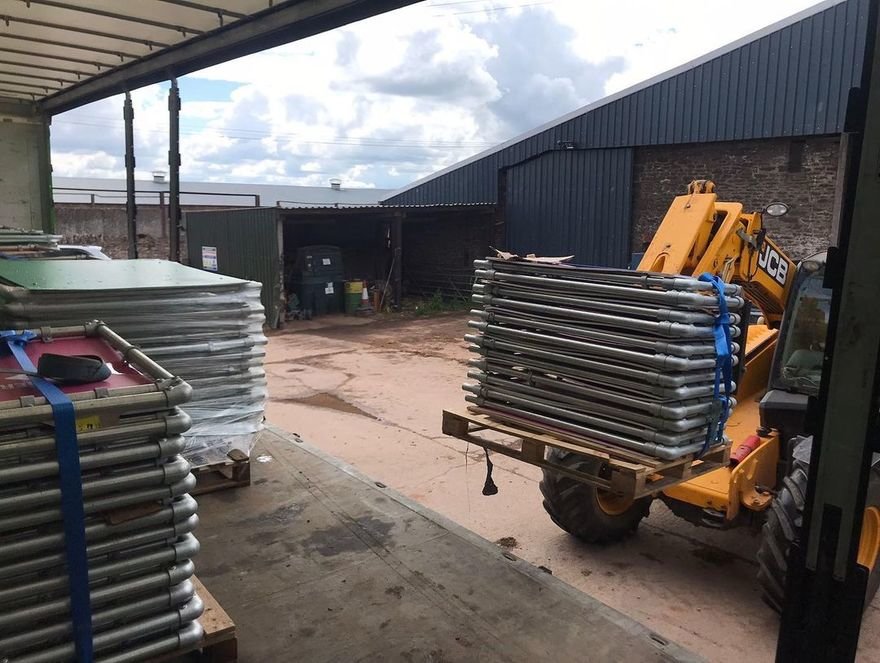 On-site, they can be assembled in different configurations. 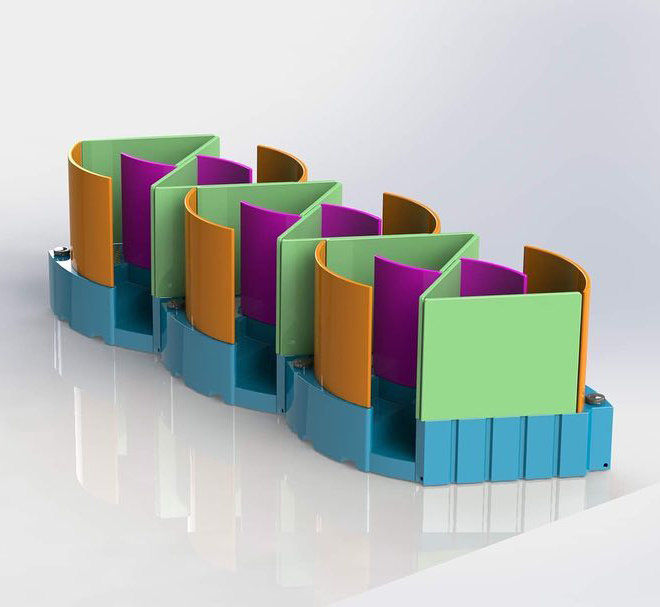 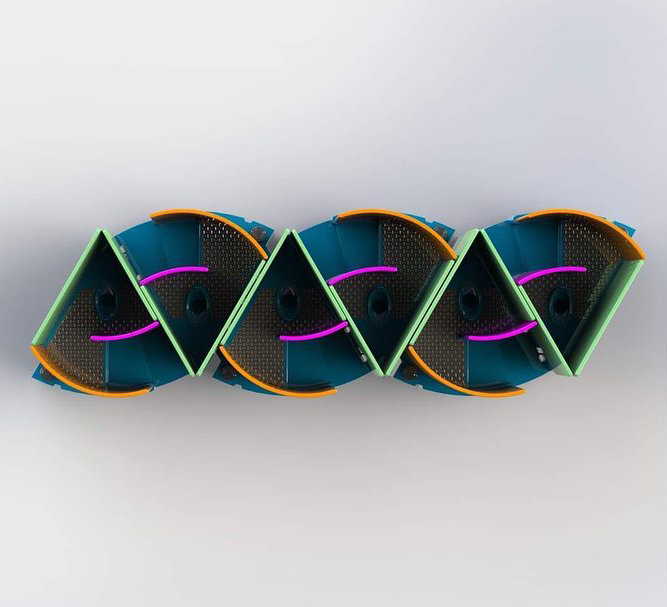 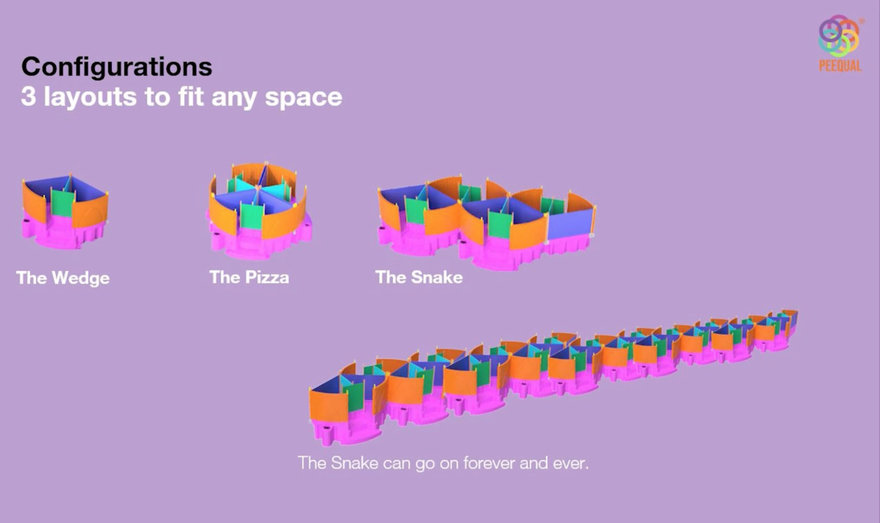 The Peequal has been a tremendous success, drawing rave reviews from the organizers of such festivals as WaterAid, Wilderness and Glastonbury. You can learn more here.