Build one, dominate your LARPing group

This bizarre Renaissance-era object is housed in the Imperial Armoury of Austria's Kunsthistorisches Museum: 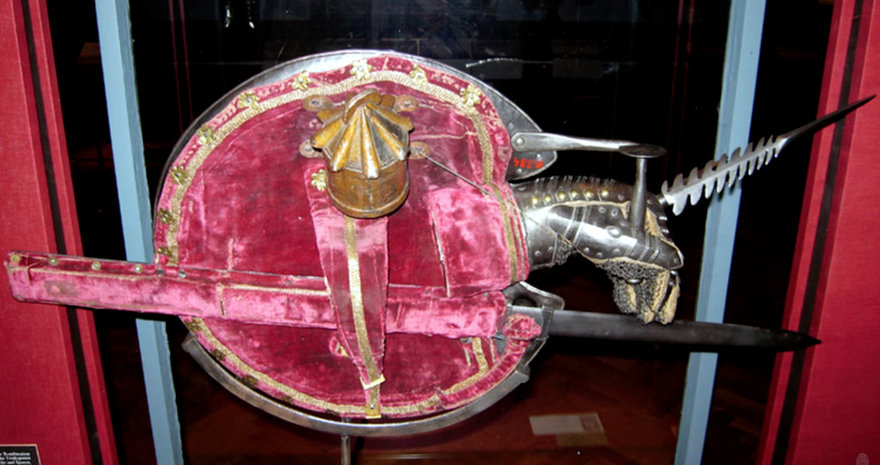 It's called a lantern shield, at least by those who discovered it; there is no text record of how the thing was actually used. But what is apparent is that there was a small lantern mounted on the inside of the shield; a small hinged panel on the outside can be flipped down to let the light spill out.

The extra blades are either to interfere with the opponent's sword, or to carry tasty skewered meat while out on night patrol. 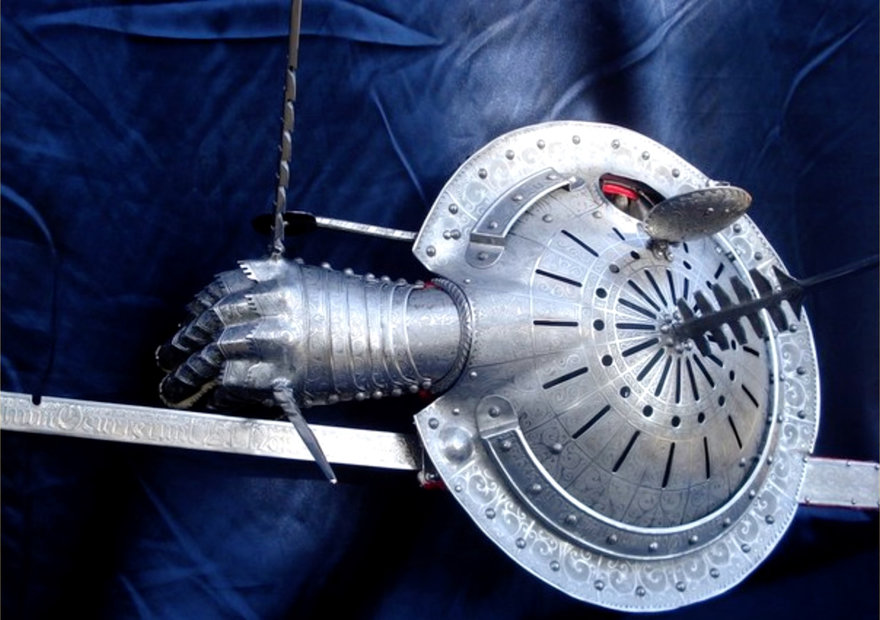 In this video YouTuber Skallagrim, a melee weapons enthusiast (gosh I love the internet) goes over the object and discusses the speculated use cases: 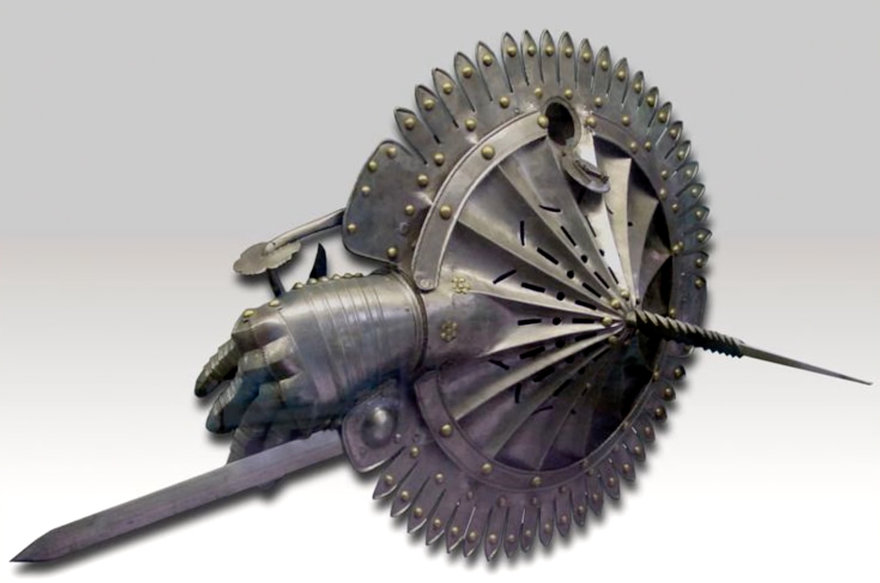 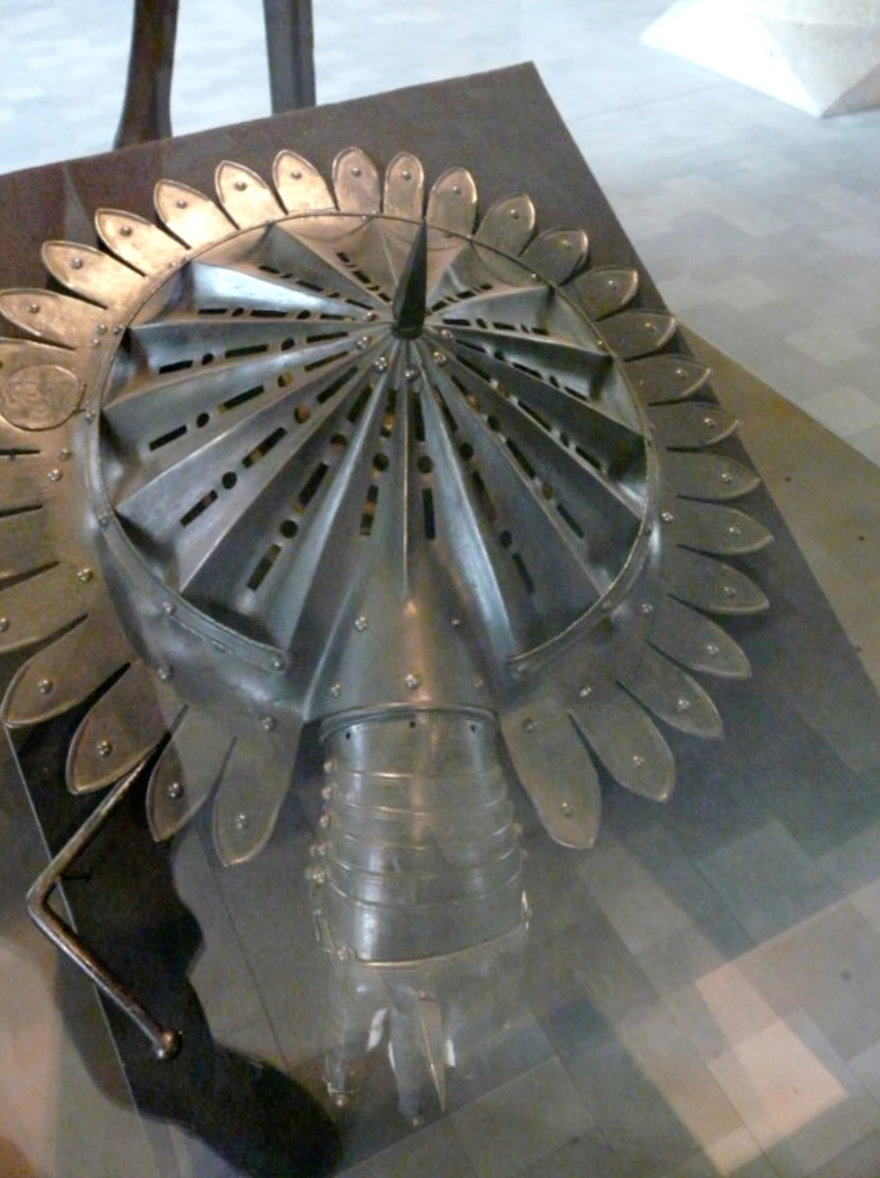 From these photos, you might have enough reference points to design and build your own. Market it to local LARPers and cash in.