A Speedy Robot That's Just a Pair of Legs

Agility Robotics' Cassie can tackle stairs and a footrace

At least one of Elon Musk's newly unveiled robots can't walk yet. But Agility Robotics, a spin-off company from Oregon State University's College of Engineering, has made a robot that can run. The trade-off is that it doesn't have a torso or arms. 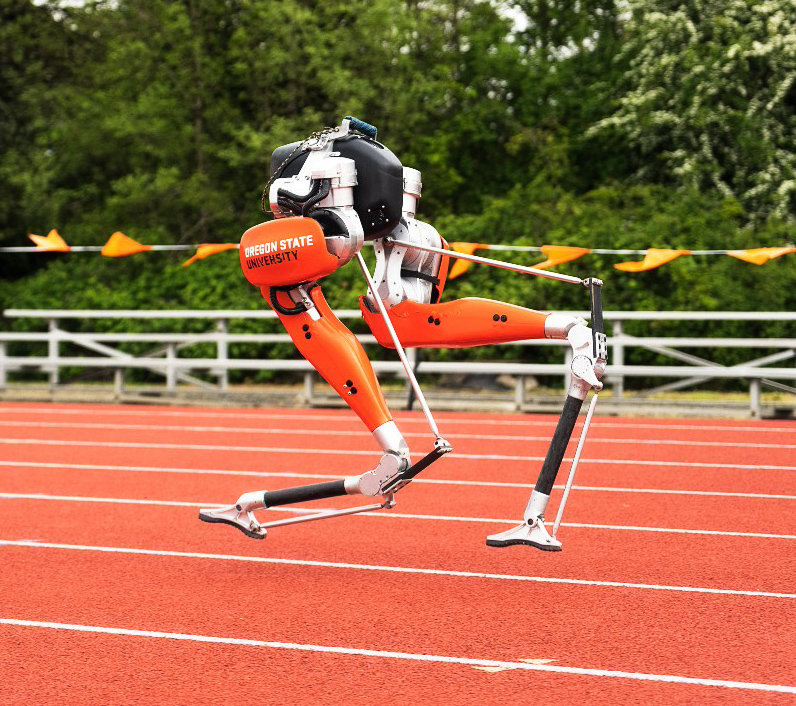 To create some publicity buzz, Agility had their 'bot, Cassie, set the Guinness World Record for the fastest 100-meter sprint by a bipedal robot:

Admittedly Cassie doesn't have much competition, and the 24.73-second time may not impress, but consider that the robot has used machine learning to figure out how to run, and it didn't fall. Cassie also recently completed a freaking 5K run, on a single battery charge, and is capable of going up and down stairs.

Given that latter fact, I'm thinking this 'bot would be perfect for to-your-door food delivery for those who live in walkup apartments.