Enhancing, not replacing, the designers' role in ideation and product development

The prompt was simple: How would *you* insert/use AI as a part of your product design process? This was the question that Juan Carlos Noguera, Assistant Professor of Industrial Design at Rochester Institute of Technology, recently posed to his class of Industrial Design MFA students. The resulting explorations prompted conversations and reflections on the evolution of the design discipline as well as unexpected inspirations during the design process.

Artificial Intelligence (AI) progressed by leaps and bounds over the past few years, and in particular the open access to image generation tools such as Midjourney and OpenAI's Dall-E have recently led to an explosion of interest in these technologies. Images produced by the software have now won prizes in competitions, raising the question of if/when algorithms will replace designers and creative professionals. The intent with this project was not to ask whether the software will replace a designer entirely, but rather where and how these tools fit in a designers' personal workflow.

To start, Professor Noguera showed the results of an abstract prompt - "Cylinders Embracing Spheres" along with words like "Ceramic", "Raku" and "Vessel". He then distilled the resulting images into a product concept, modeled these in Autodesk Fusion360 and produced renderings of a final concept. 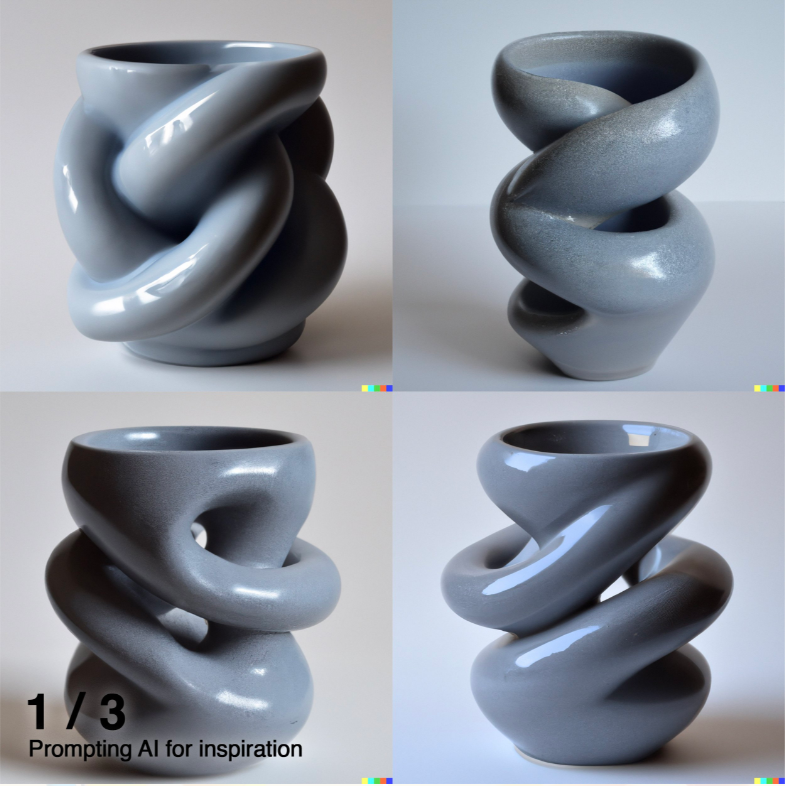 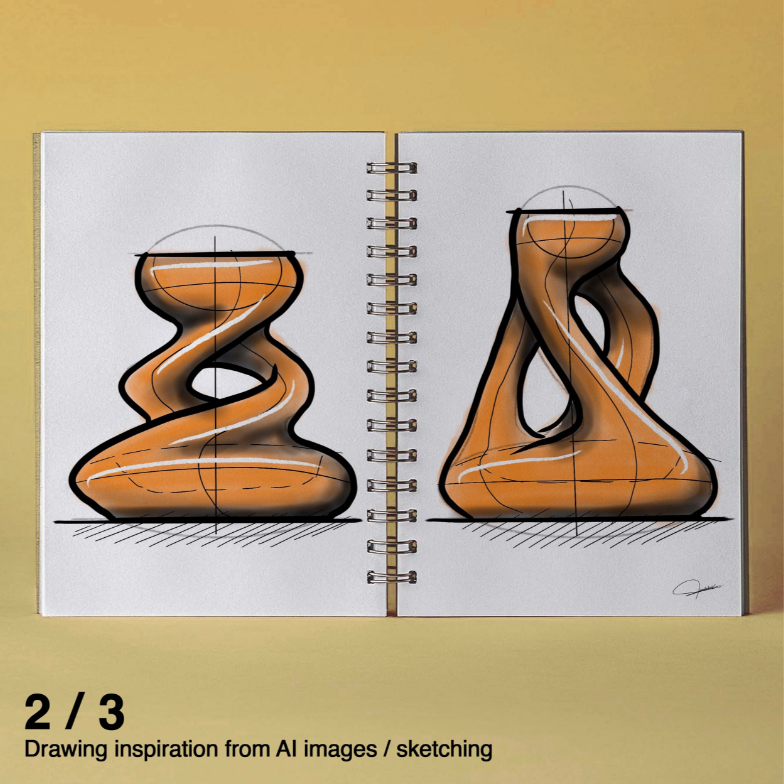 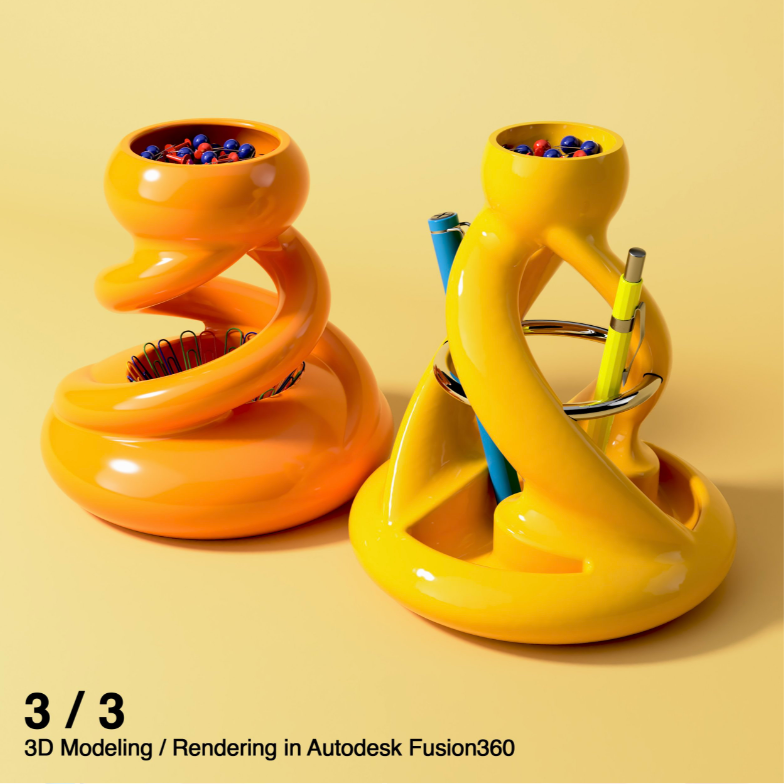 With no prior personal experience to guide them, the students ended up using the AI tools in different ways within their process and workflow. Professor Noguera states:

Some of these designers used AI-generated images as a form-finding tool that accelerated or augmented their existing process, and others saw the AI take them in unexpected directions, with very rich results. The variety of products designed, ranging from musical instruments, furniture, to assistive technologies and consumer electronics, shows us the potential of using these tools in a variety of industries.

One student, Shen Liu, created a balance chair for children. The AI tools made it easy to add to his ideas, helping him to clarify his thinking. Each set of results from the software led him to define his prompts more specifically, uncovering his requirements through pictures. Although AI might assist by providing surprising inspirations, ultimately he felt that "it is unrealistic to rely entirely on AI for design because the complex principles of user-centered design are difficult or impossible to describe in language." 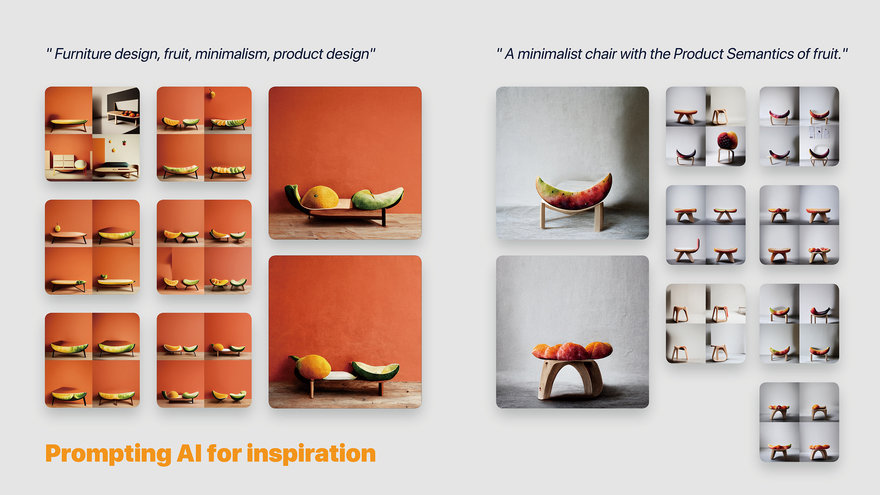 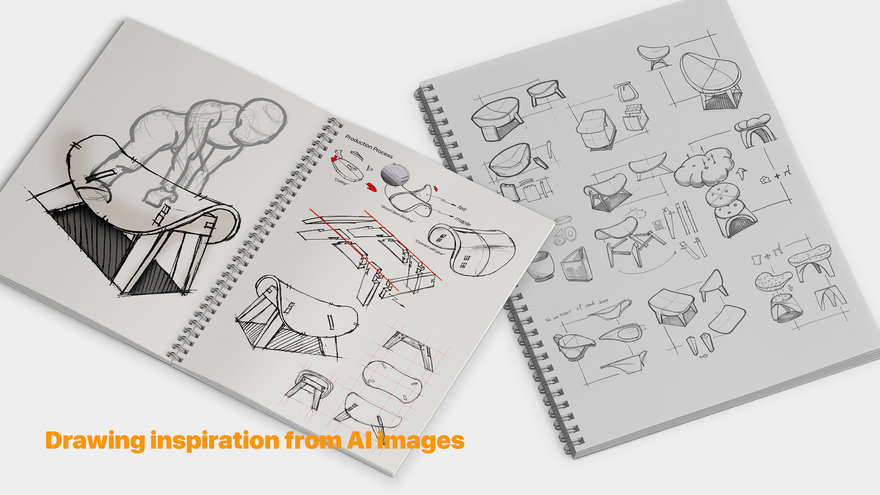 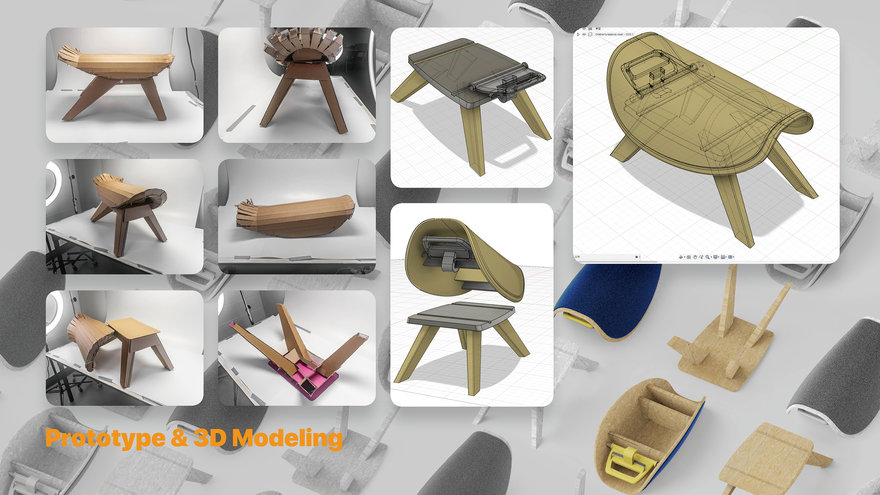 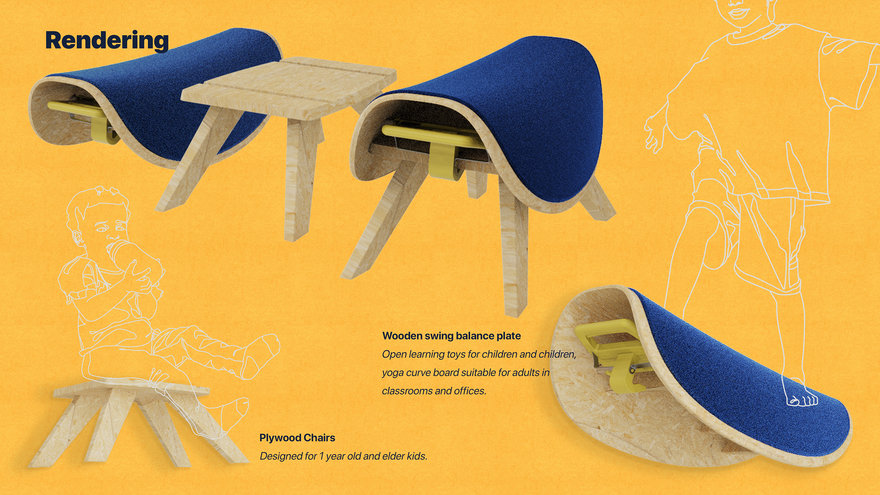 Another student, Jayden Zhou, used a prompt of "futuristic sci-fi stringed instruments" which led to a series of images similar to current guitars. But in the corner of one image was an incomplete sketch of an instrument with an unusual form. Taking this as his inspiration he was able to translate that into a design for an electric violin with a body style unlike anything on the market now. Although the initial sketch came from the software, he realized that "AI results do not come with emotional judgments, which is an essential part of the design." It was the imagination of the designer that developed the idea into a compelling visualization. 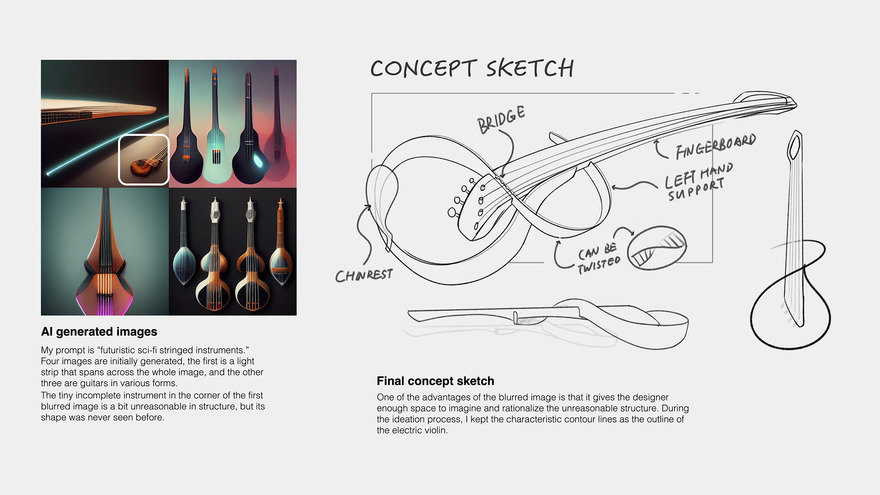 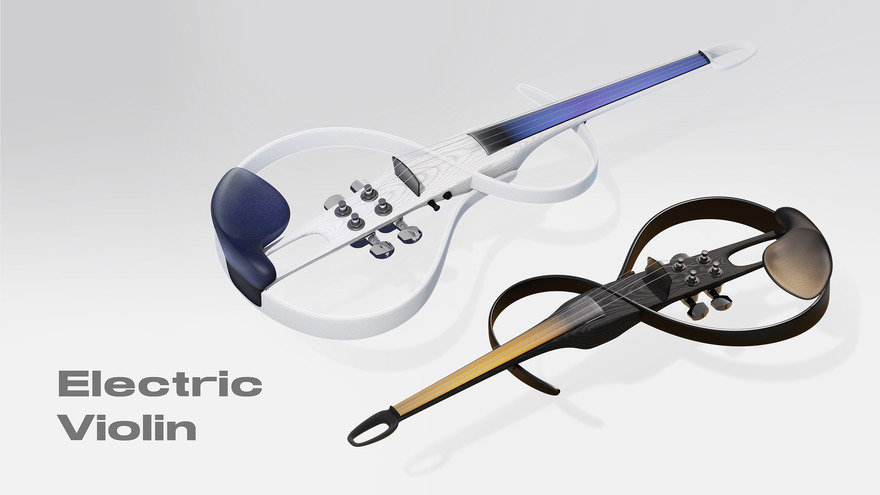 The jury is still out on the question of how AI will impact designers and the profession in the future. You can get a glimpse of what the future might hold, with details on all the student projects, in the full write up of the project, published on Professor Noguera's website. Add your thoughts on the potential impact of AI on the future of design in the comments below.