One Central Park is a two-tower (16- and 33-story) residential structure in Sydney, Australia. At the base is a five-story retail atrium, and French architects Ateliers Jean Nouvel and PTW Architects did not want this atrium, nor the surrounding terraces, bathed in shadow.

Thus Nouvel came up with the idea of using reflected light from the sun to illuminate these spaces. It fell on Sydney-based Tilt Industrial Design to figure out how to do this. 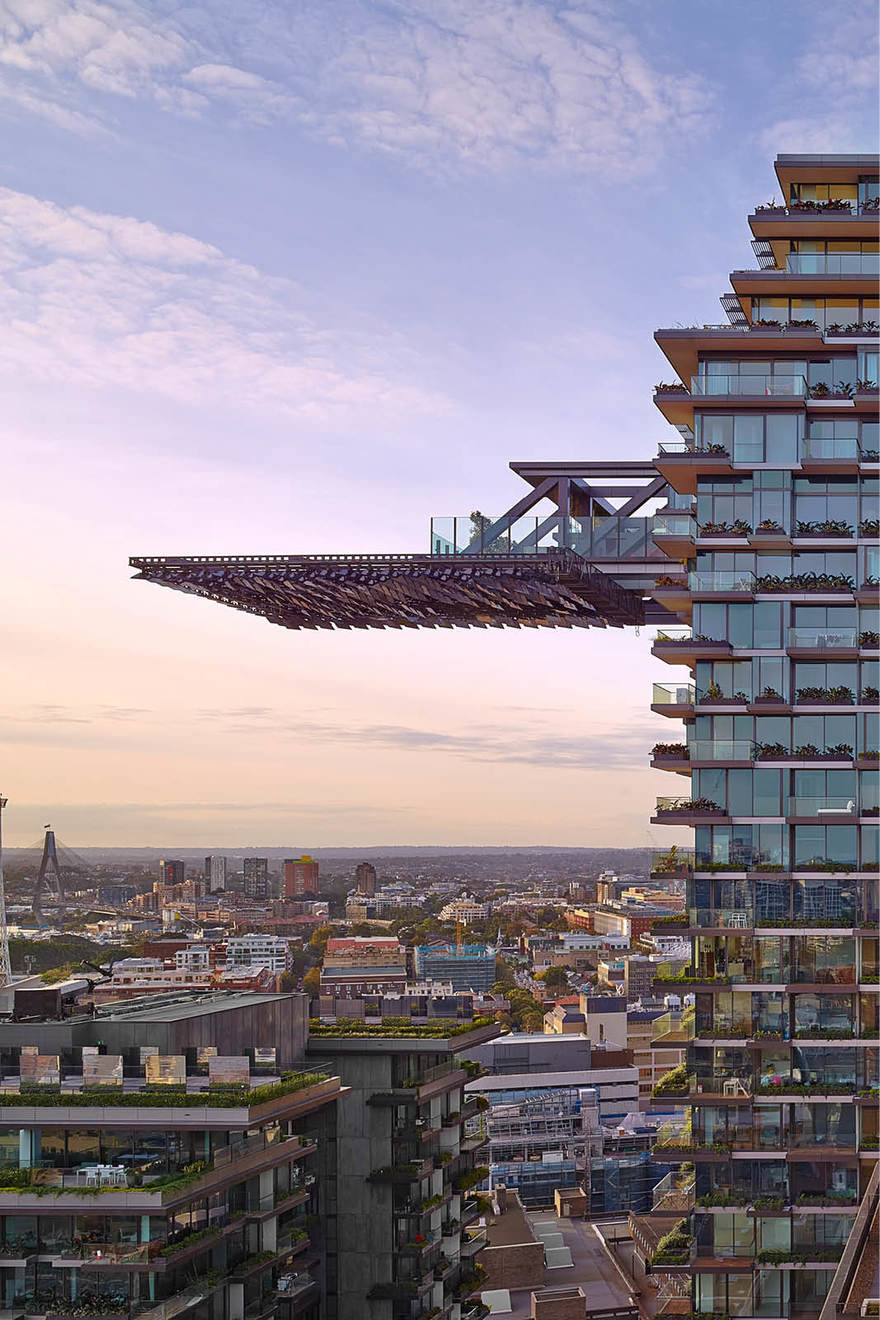 "As industrial designers, our brief was to integrate the mirrors into the building, making them an urban architectural feature rather than a standalone addition with a machine aesthetic," the firm writes. Additionally, "Tilt needed to develop a risk management strategy to ensure the mirrors would not reflect light onto unintended targets." 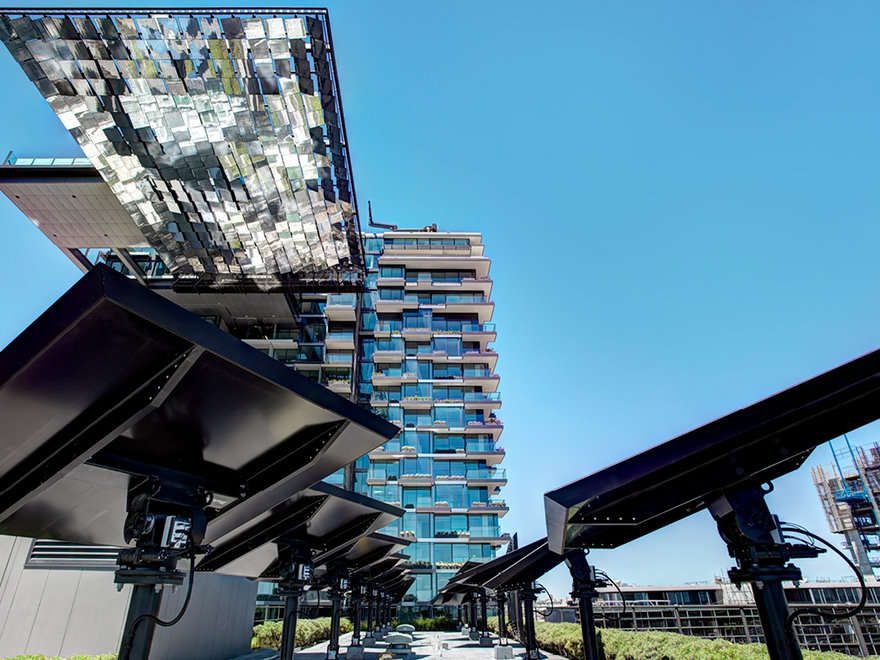 These mirrors reflect the light up to 320 smaller, fixed mirrors cantilevered off of the taller tower. 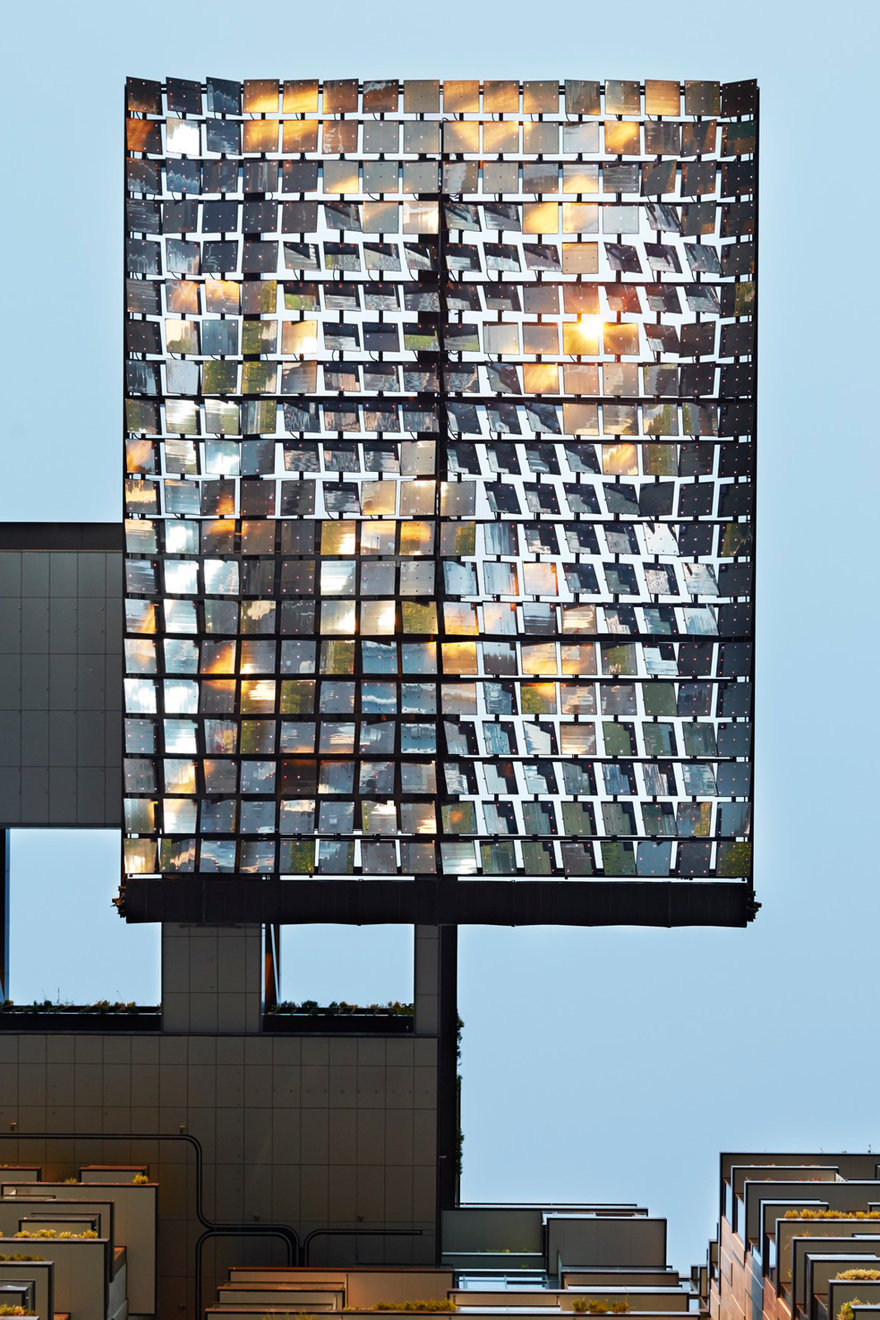 "This arrangement results in an array of reflections, uniformly distributed across the ground plane. The resulting reflected light is approximately 50-70% as intense as the available direct sunlight." 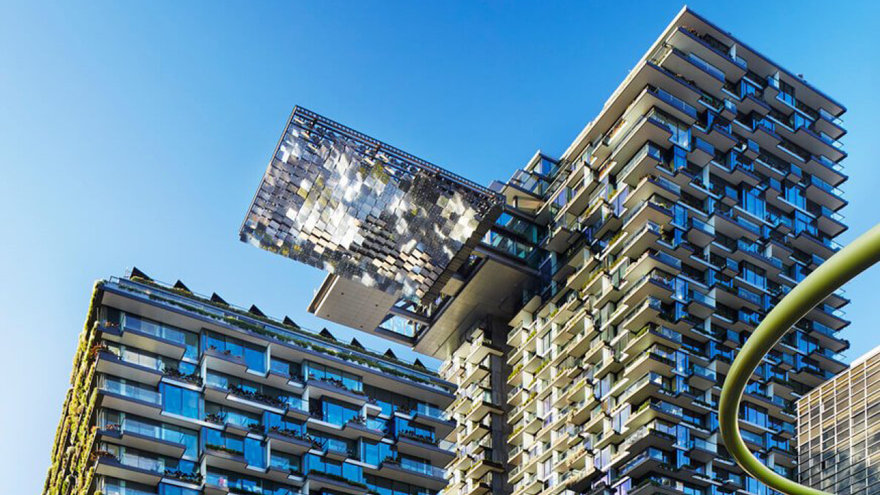 As for what happens at night, Tilt collaborated with international lighting artist Yann Kersalé to create an integrated LED lighting system. Prototypes were built to assess different arrangements, as well as making sure everything arrived at the intersection of "architectural intent, artistic intent and project budget." 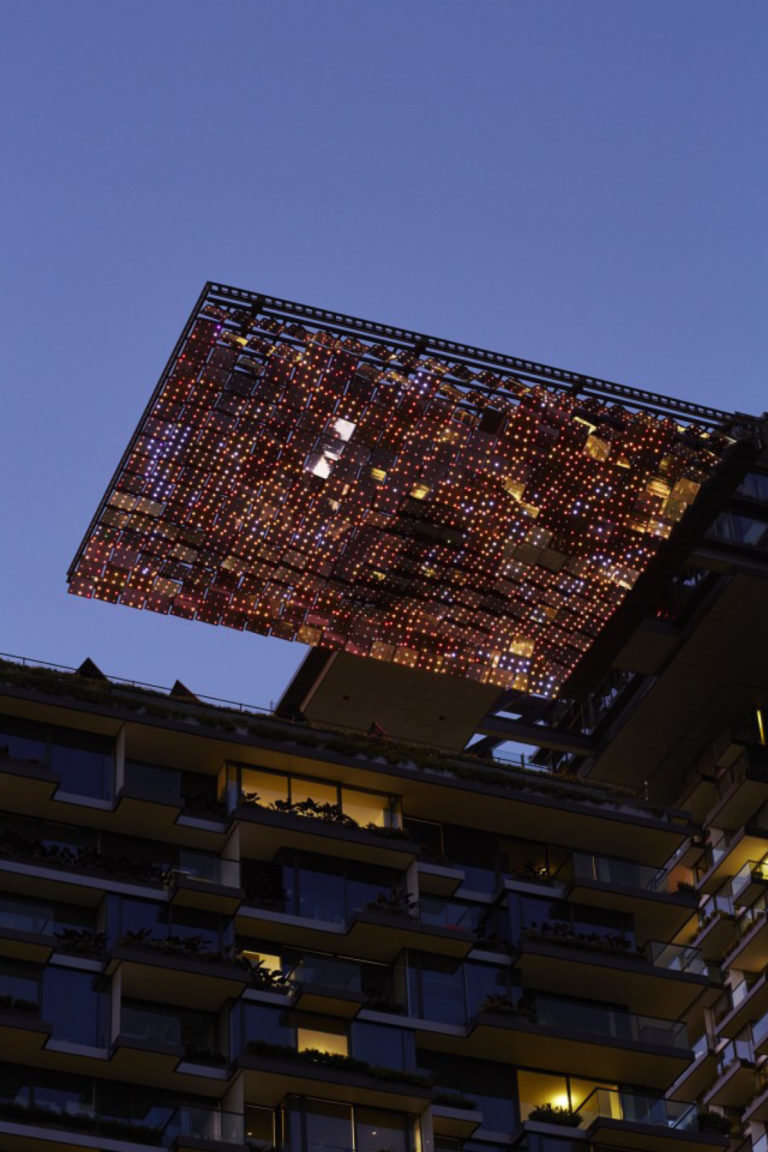 The end result incorporates 2,880 nodes that each contain six LEDs. 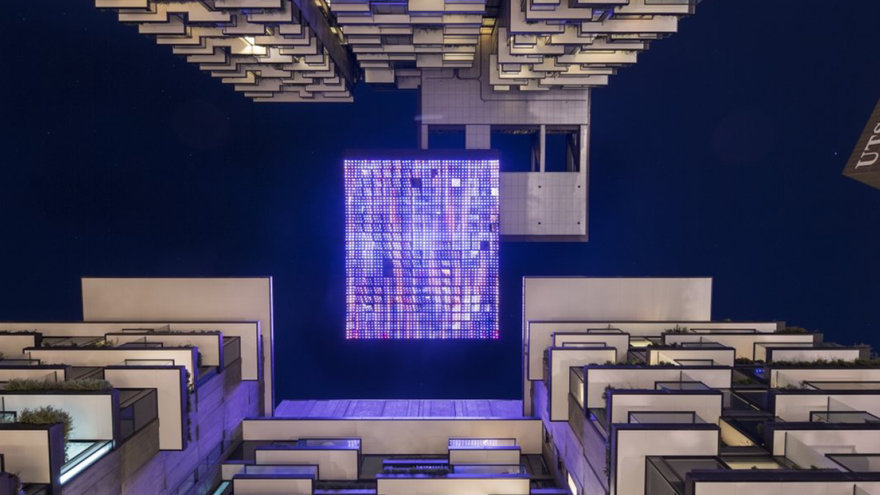 "Described as a chandelier for the city, the heliostat reflectors transform into a theatrical lighting display at night, illuminating the towers." 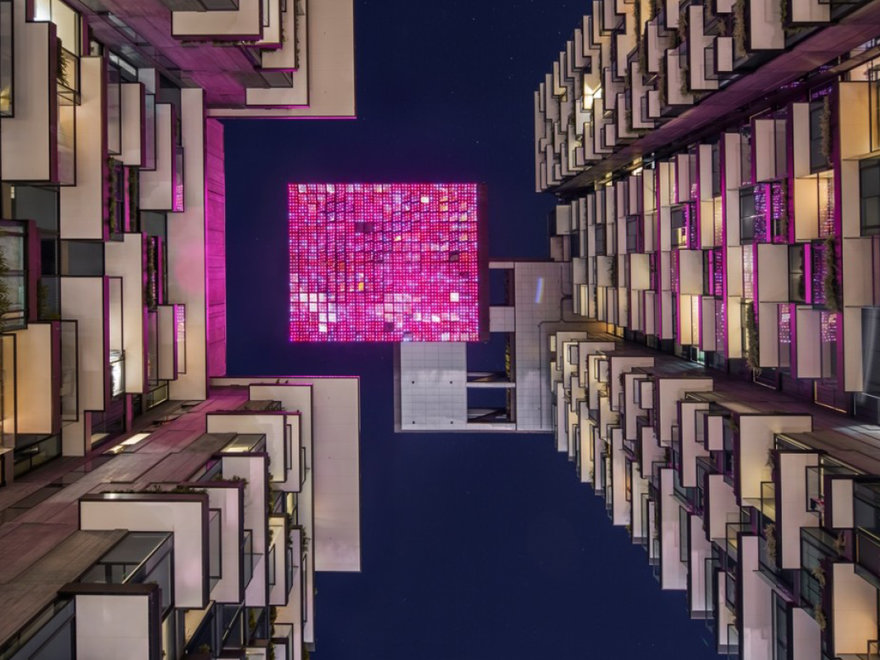