3D printer manufactures like Stratasys send manufacturing samples to potential customers, to show off what their machines can do. These samples are typically crafted by engineers to showcase specific capabilities of their machines. However, Stratasys recently asked Kuchik & Amitai, the ID firm formed by industrial designers Gilli Kuchik and Ran Amitai, to help.

"The most inspiring samples were for us the technical samples that showcase the raw possibilities of the printer," writes K&A. "But each of these samples looked completely different and couldn't be combined into one coherent sales kit." The individual samples, the duo notes, were created by different people at different times, often for internal development purposes. 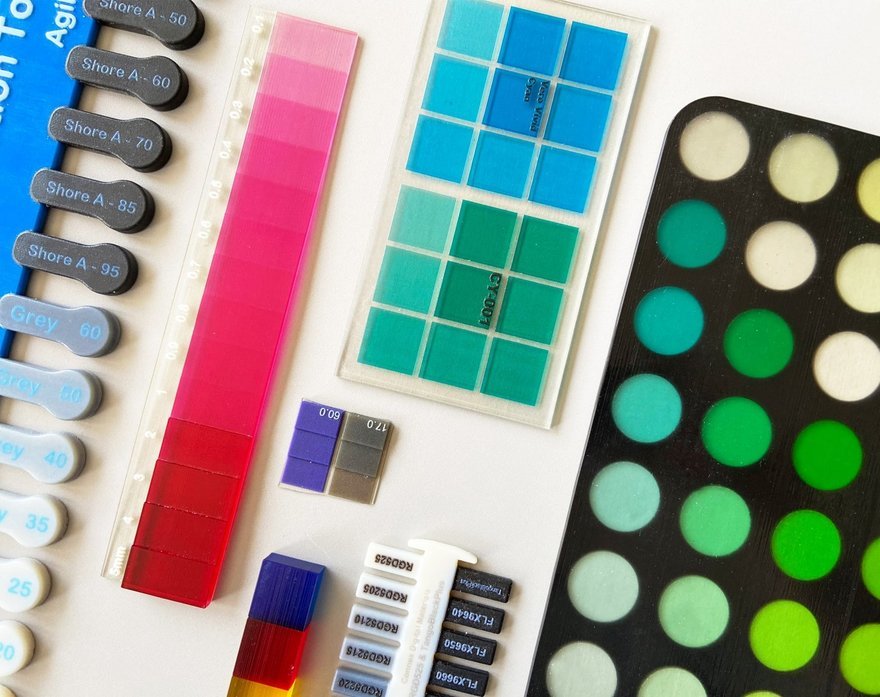 "For this reason, we proposed to Stratasys to make a new sample kit that would showcase all the printers' raw technical abilities but would create a coherent and aesthetic platform that would unite all these samples into one clear story."

To start with, K&A created disparate samples as a "statue garden," to help them manifest the abilities of the printers in a way the designers themselves could easily grasp. 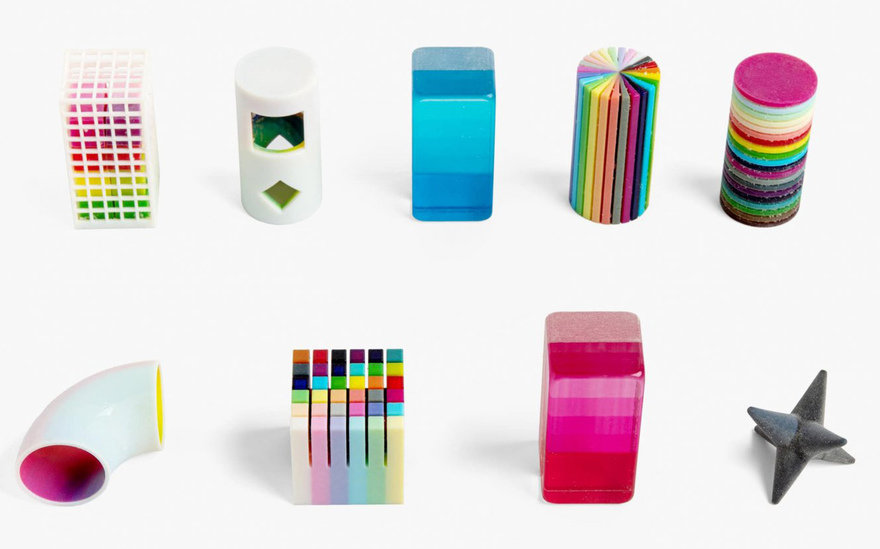 Next they refined these into similar forms: Cubes, inspired by a box of chocolates. 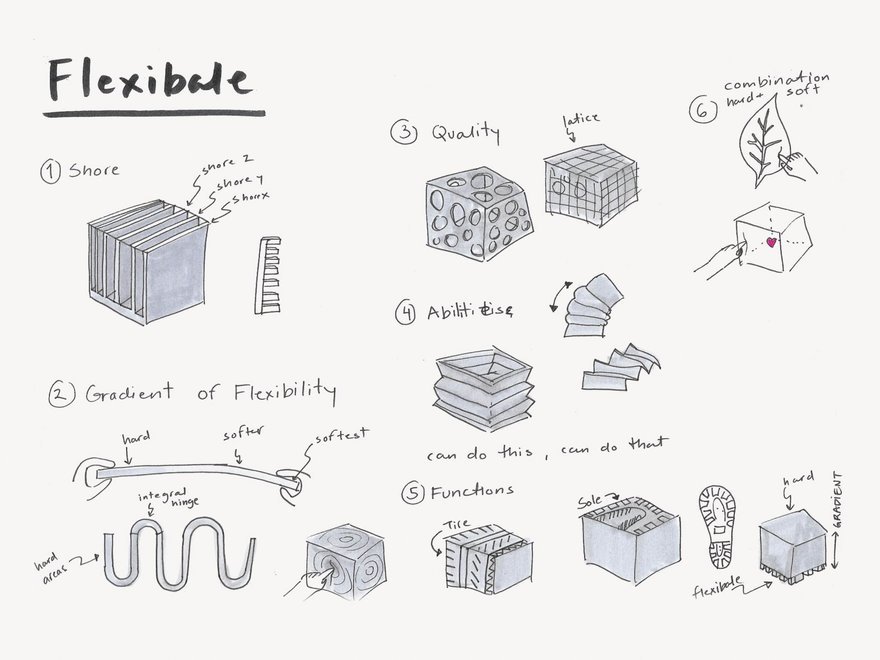 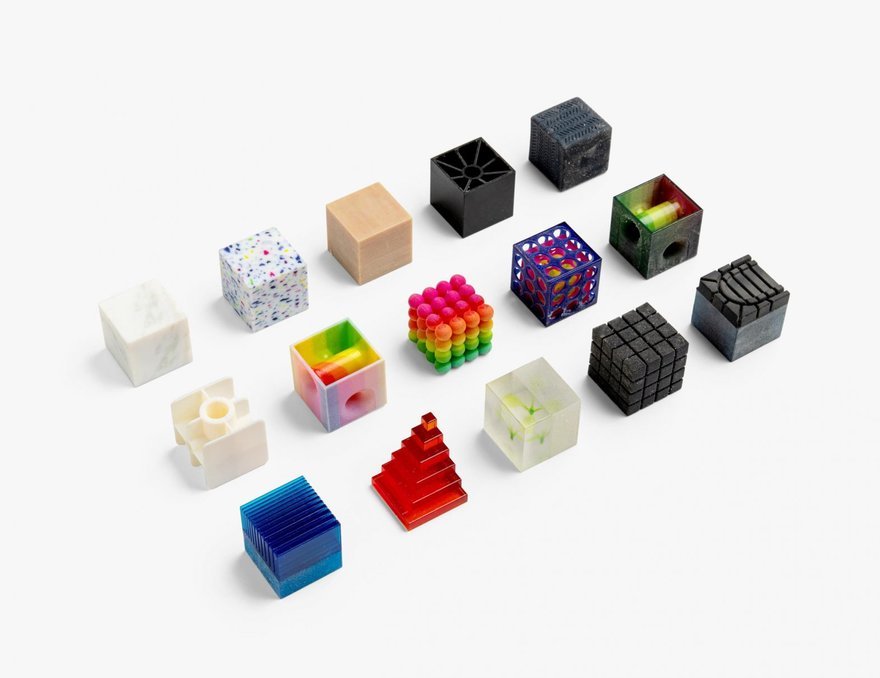 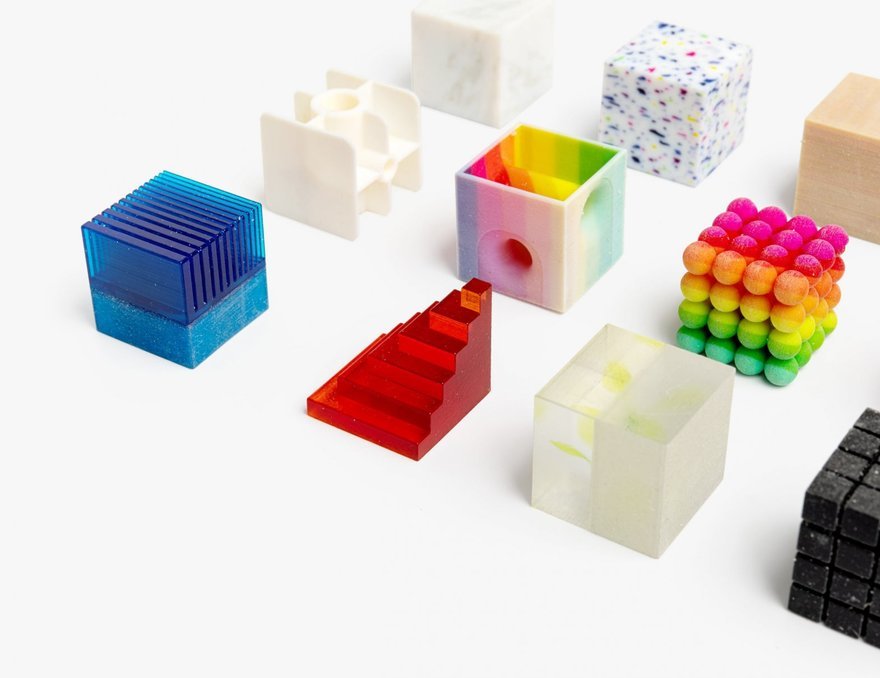 But though this approach brought consistency in the shapes of the samples, K&A ultimately found the form "too confining." They needed something more raw.

"Thinking of the idea of raw we thought of an iconic expression of this concept and reached the rock. The first raw material shaped by man. Exploring this idea further we thought of a fantasy story that each rock in our kit as a raw manifestation of abilities that is found in our Stratasys-made nature: A rock of colors, a rock for fine details, a rock of shore types and so on." 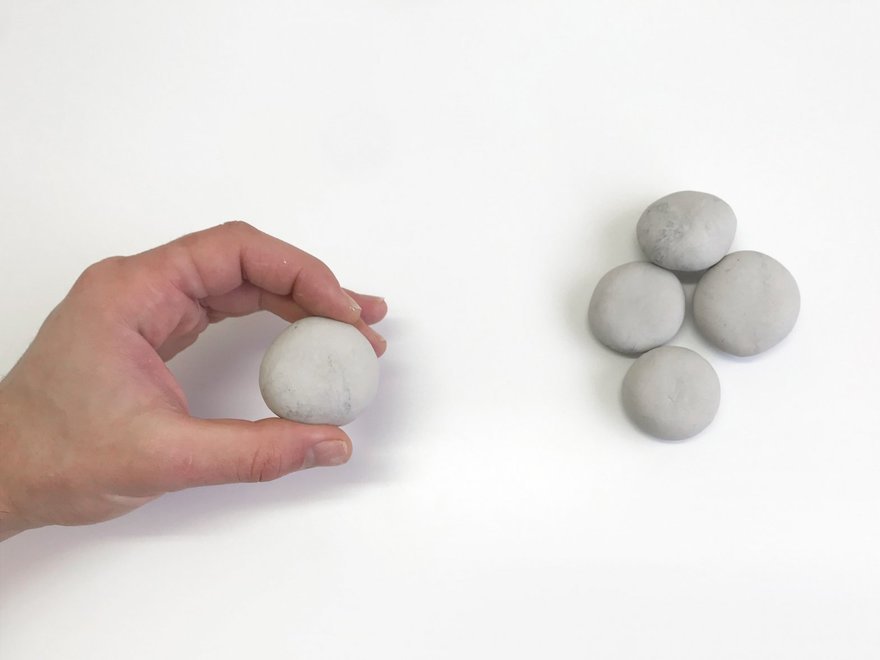 "Refining this idea we came to the shape of a pebble as a soft, fun to hold shape. At first we worked with organic shaped pebbles which gradually became more geometric. Each of the pebbles was a design project of itself, that used the pebble shape as a starting point to work from to cut, shell, slice, split, color and so on." 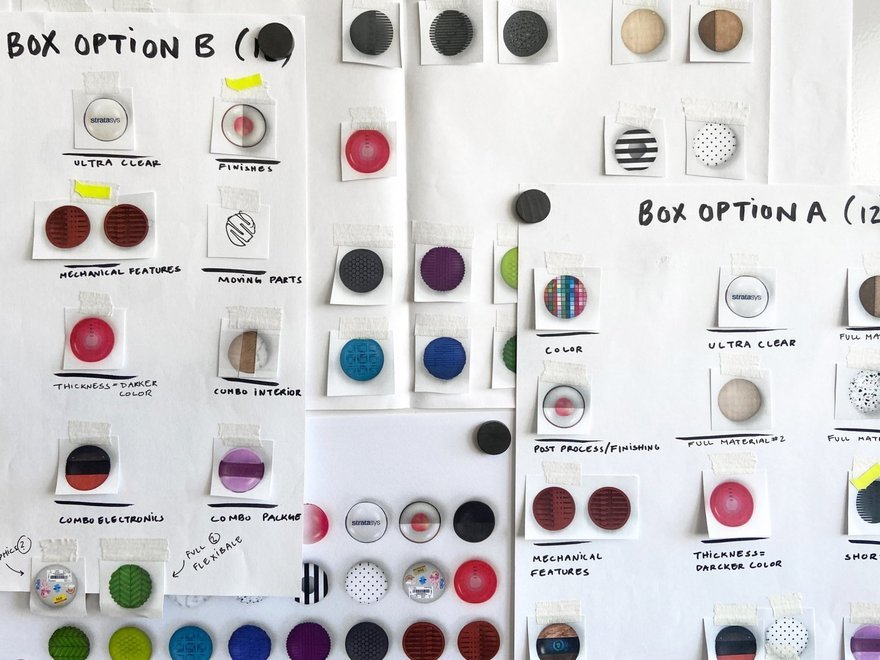 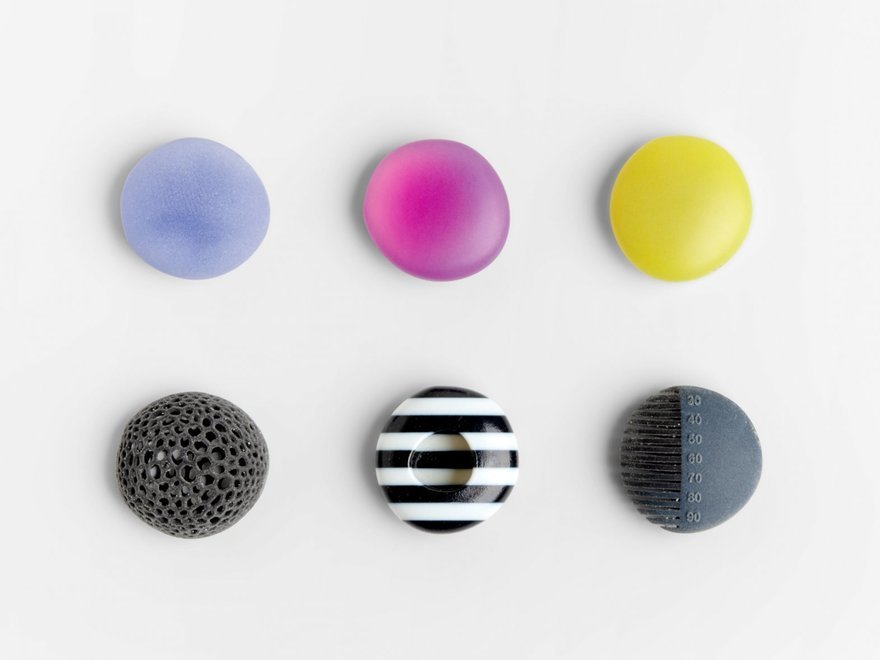 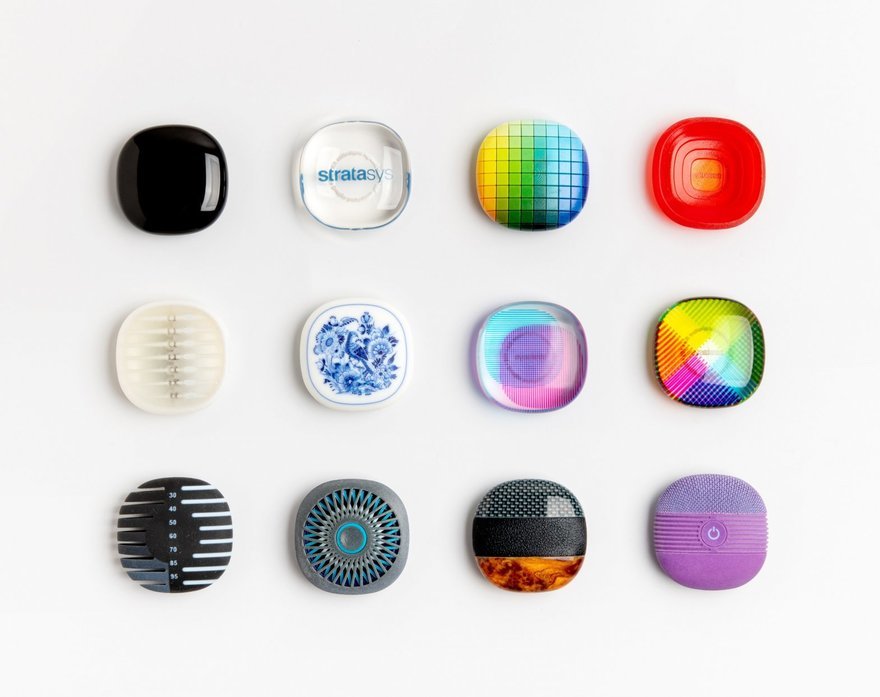 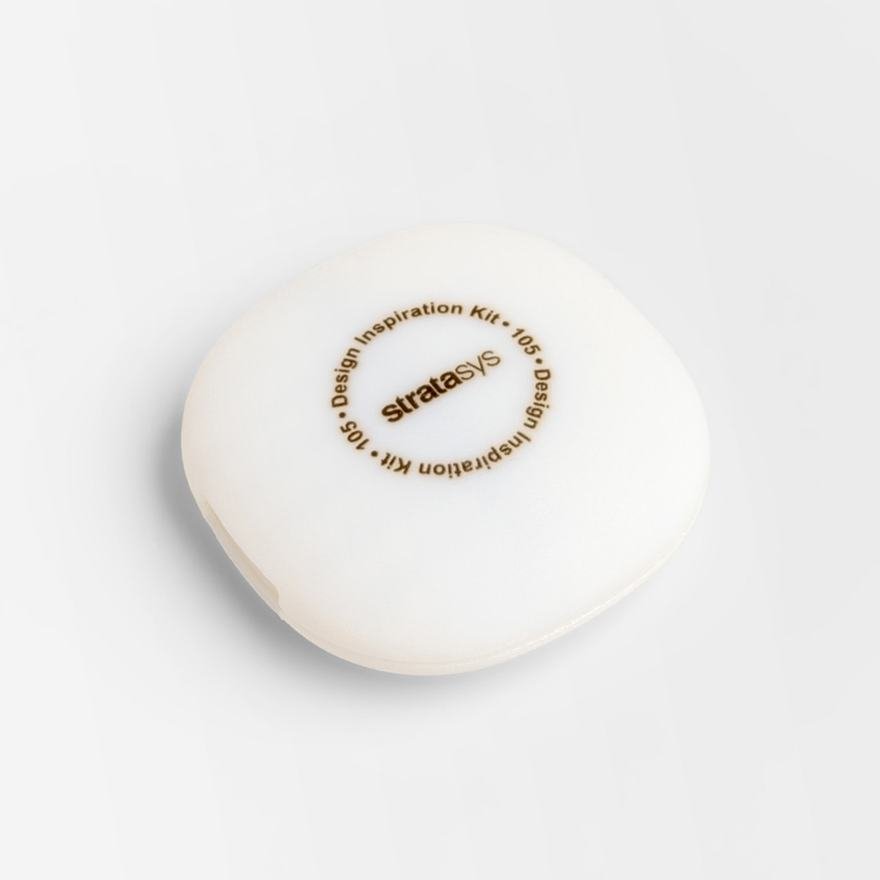 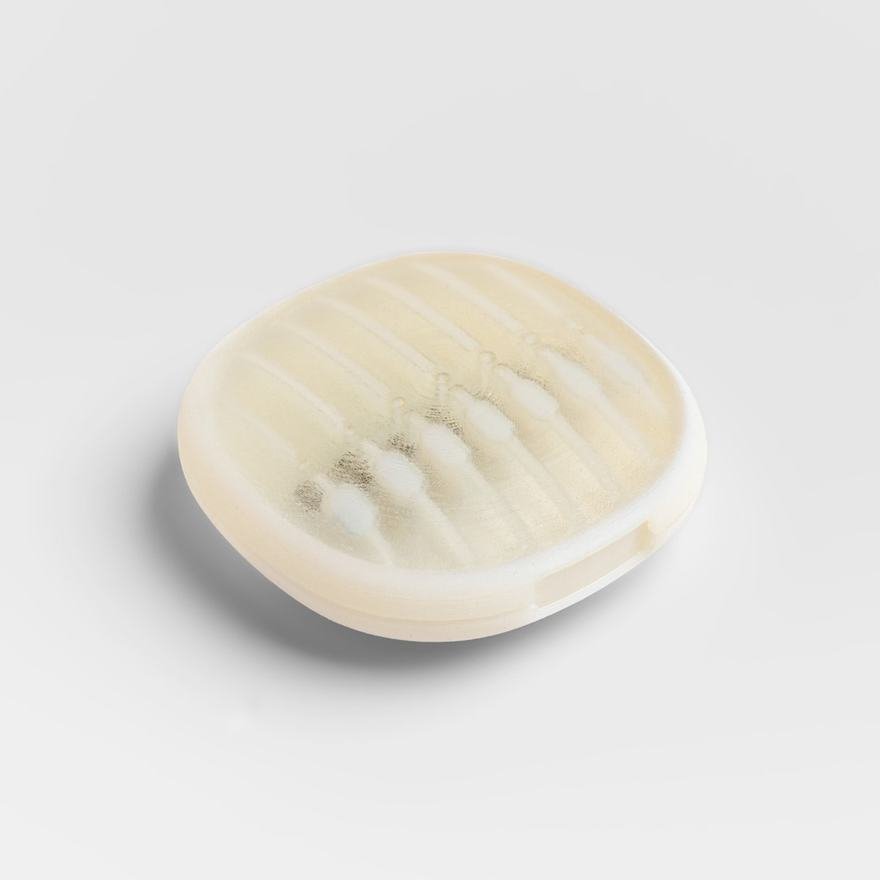 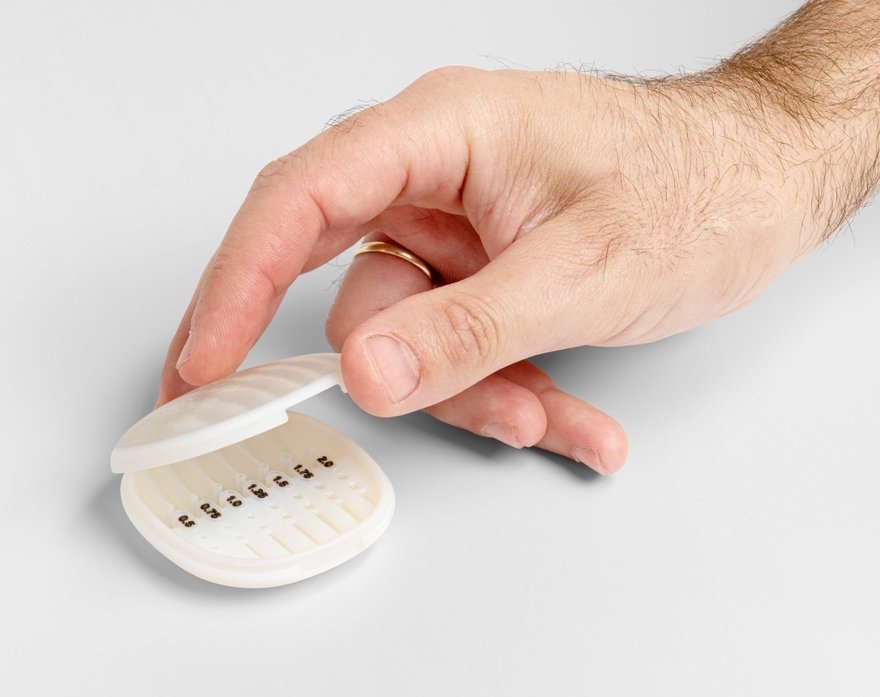 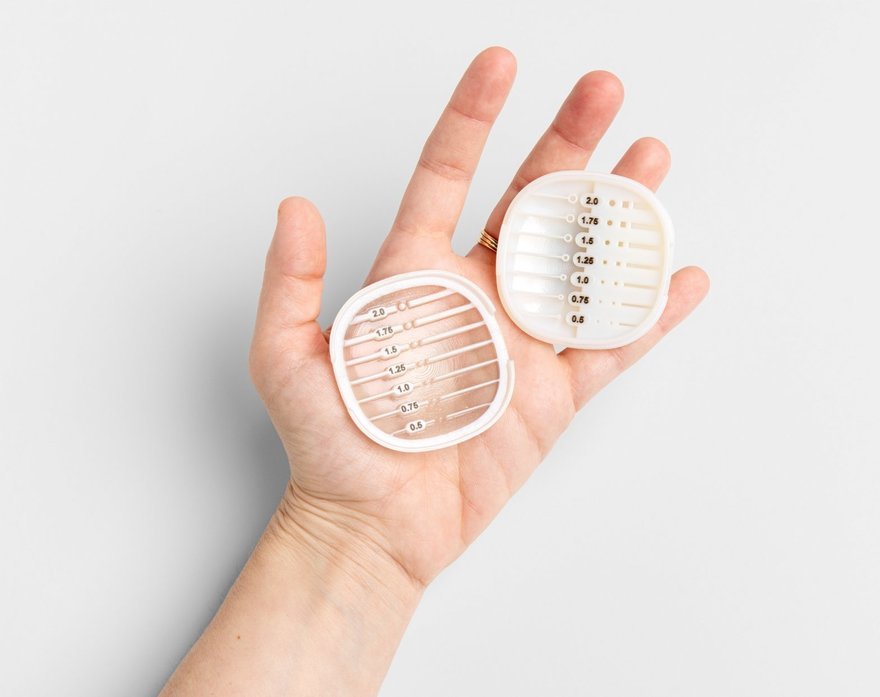 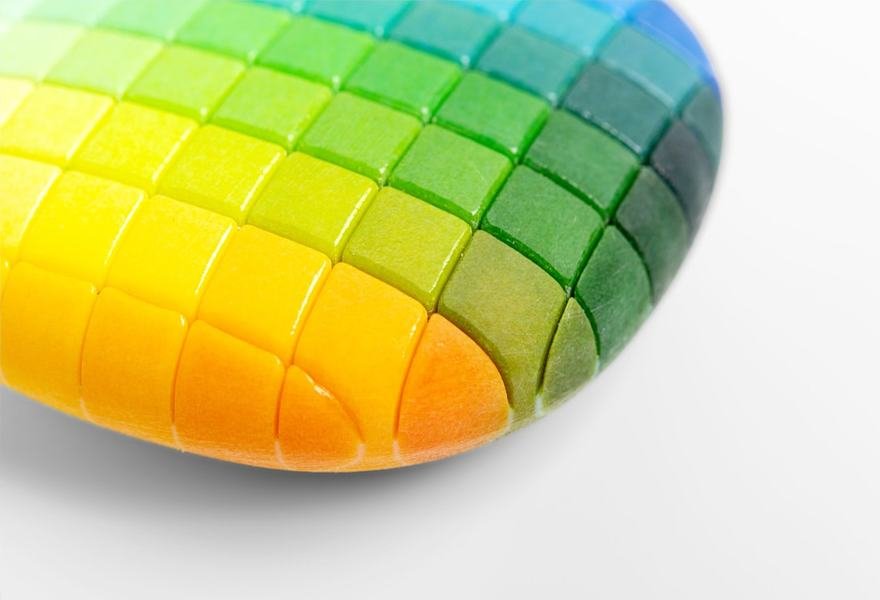 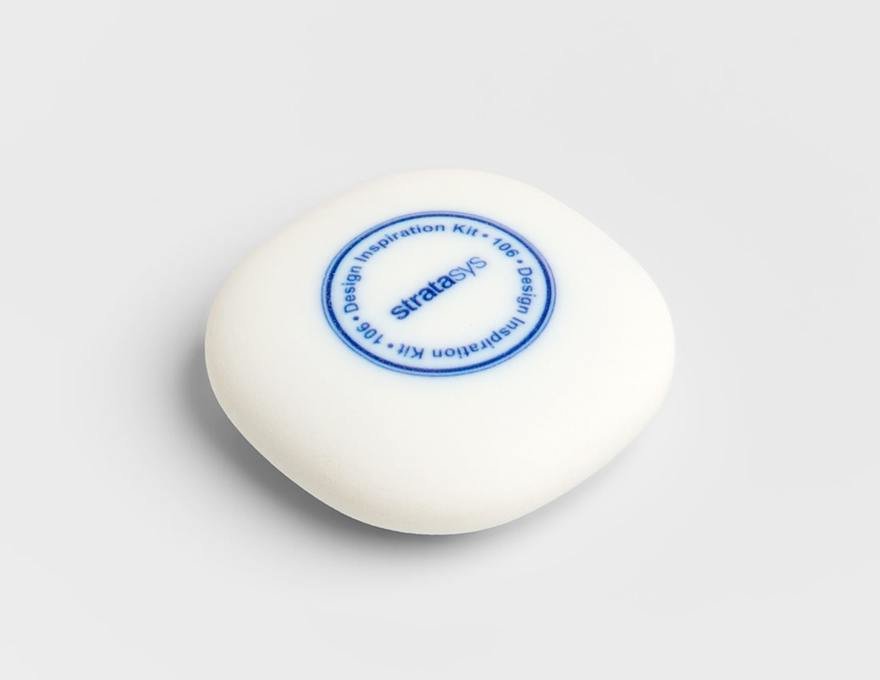 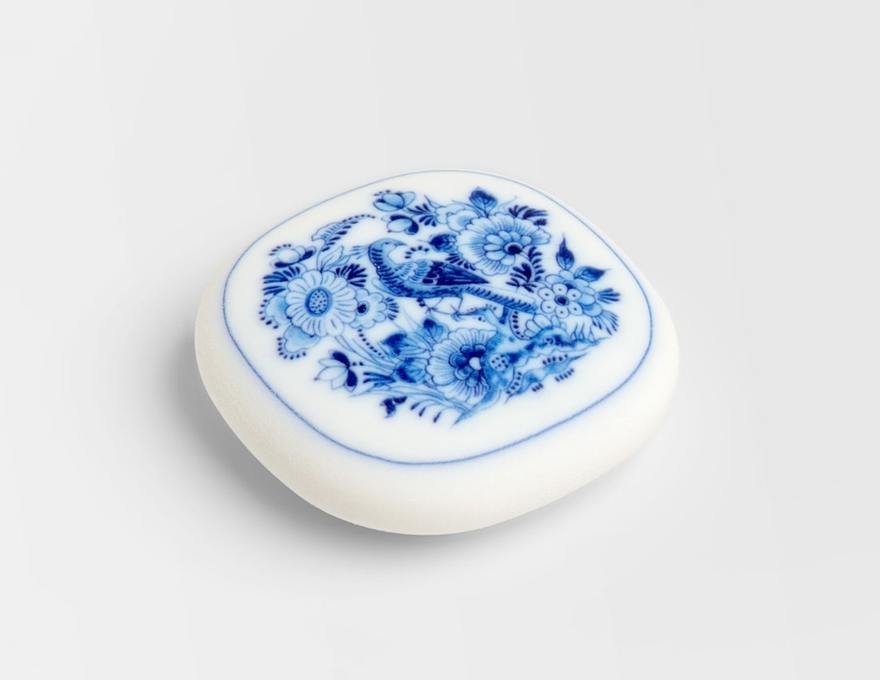 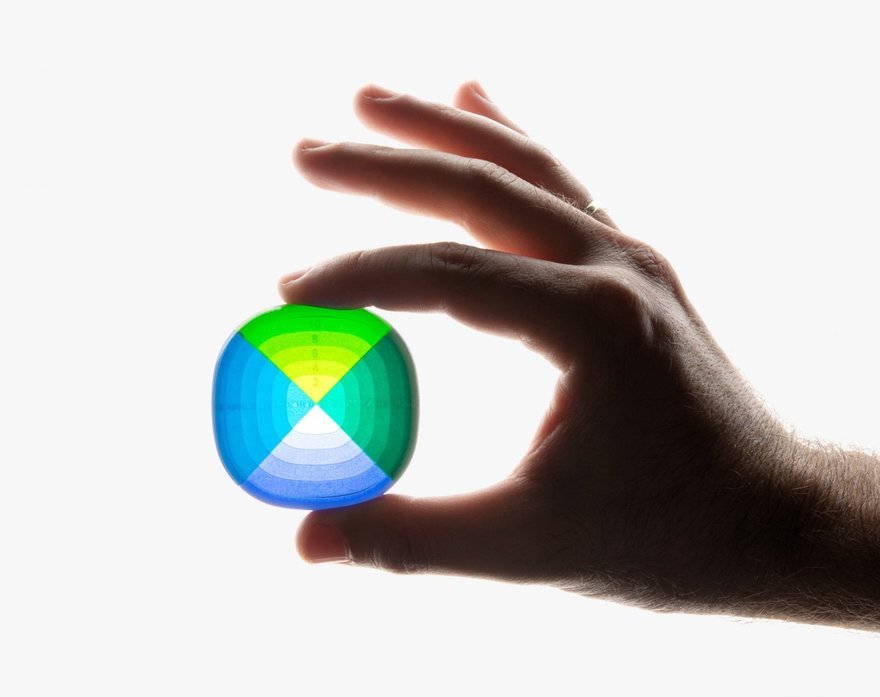 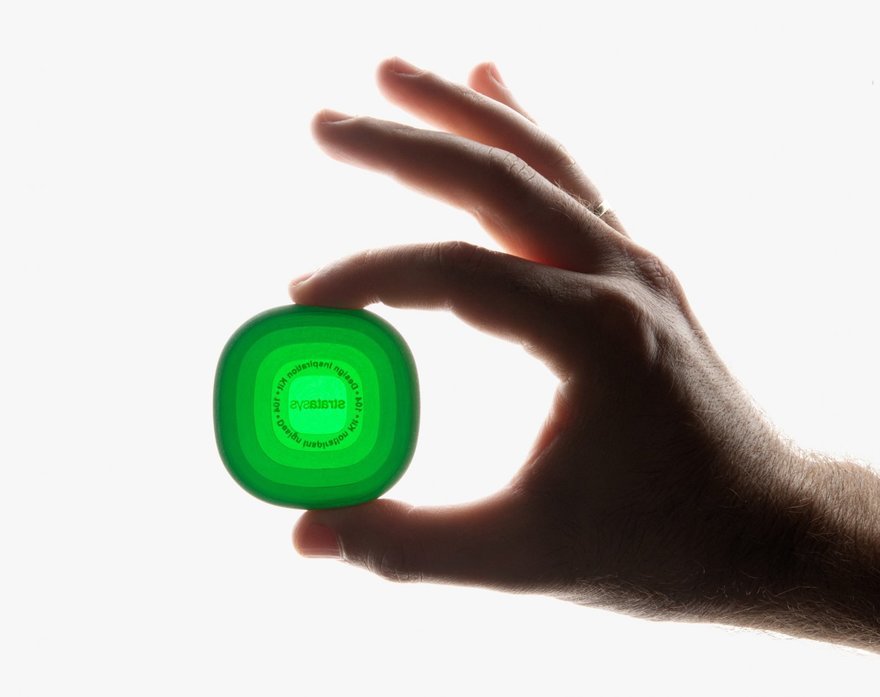 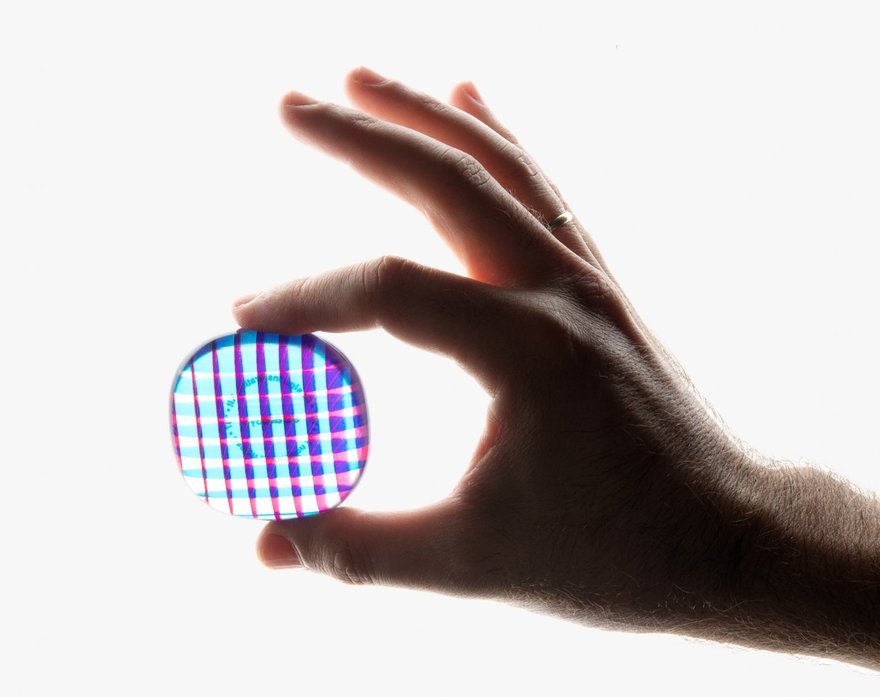 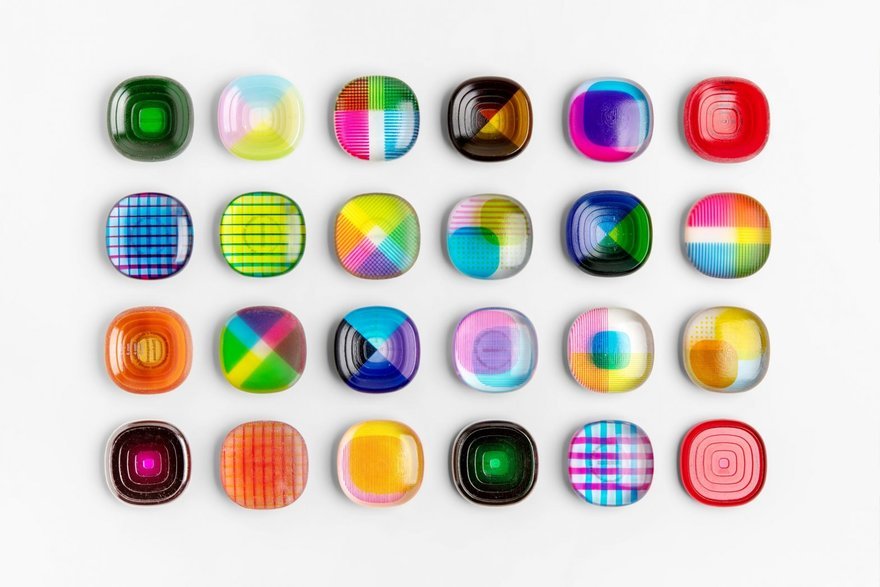 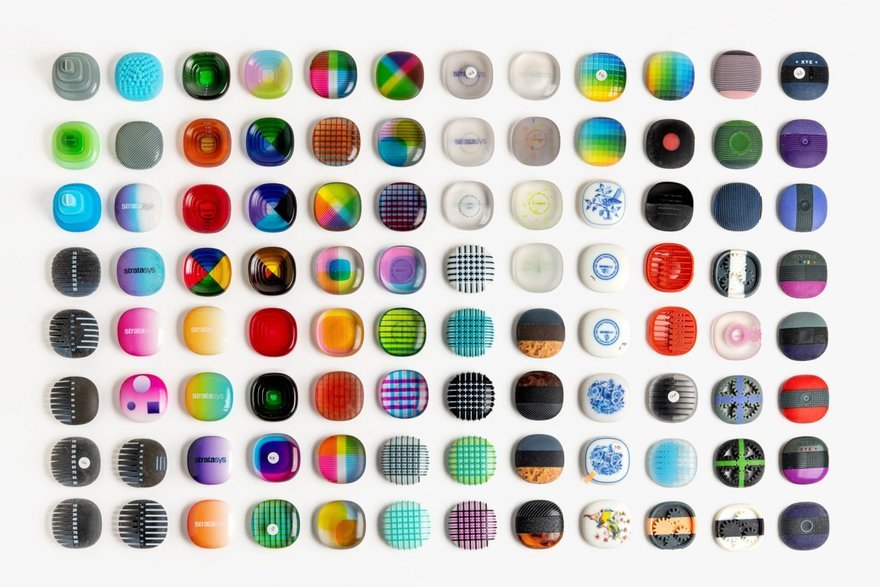 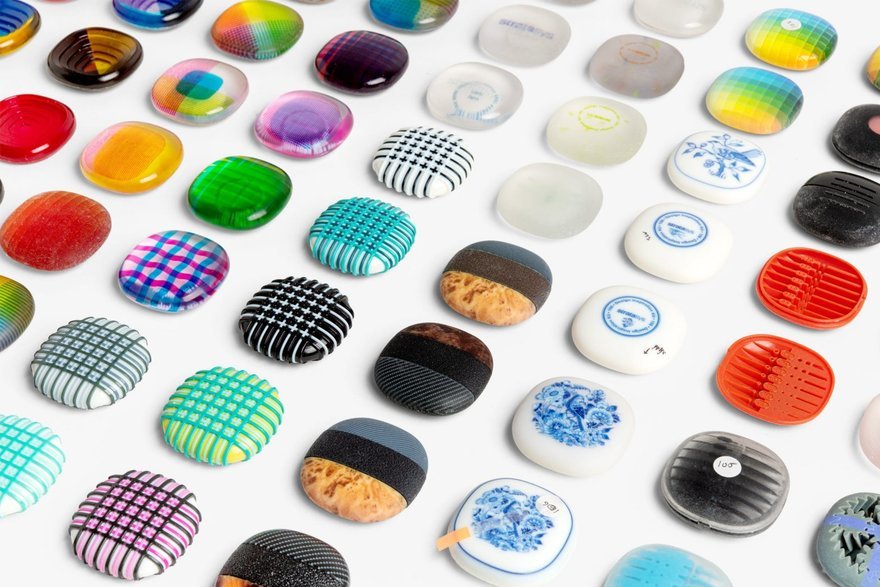 "The result is a design inspiration kit that is made of 12 numbered pebbles that is also intended to serve as a platform for the company for years to come as they continue to expand the pebble collection to showcase to designers their printers' abilities." 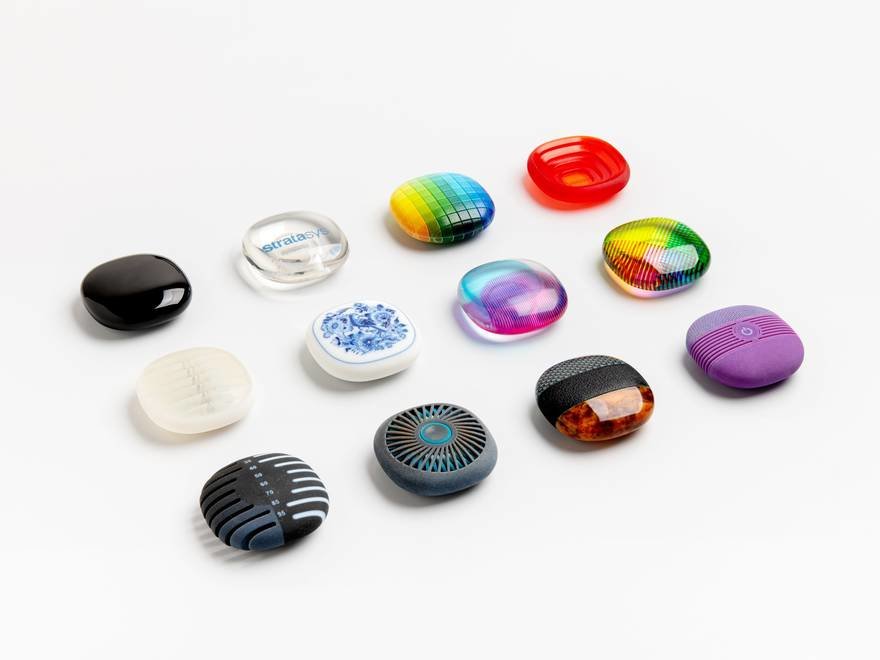 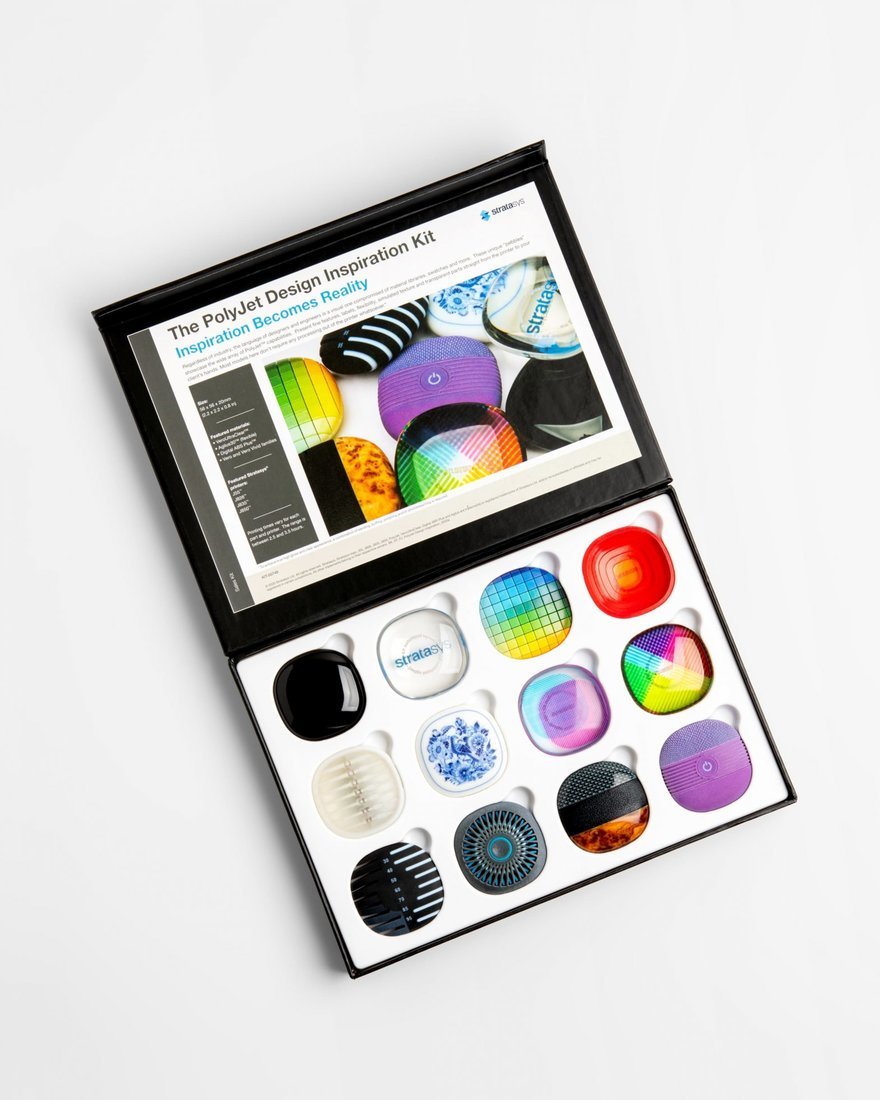 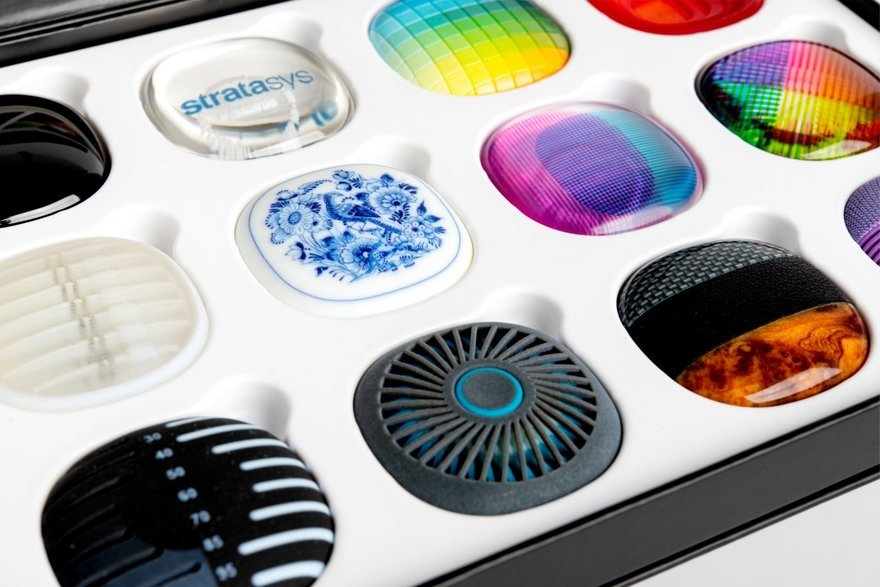 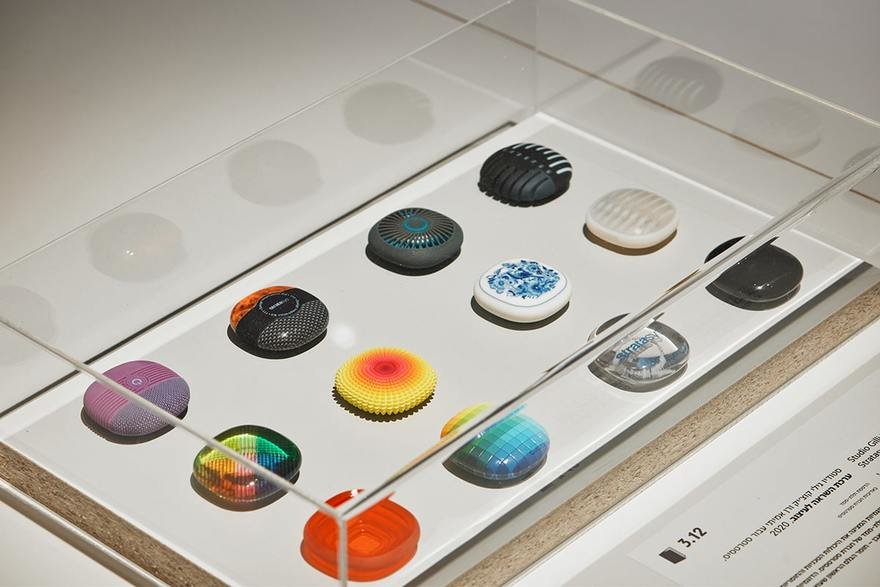 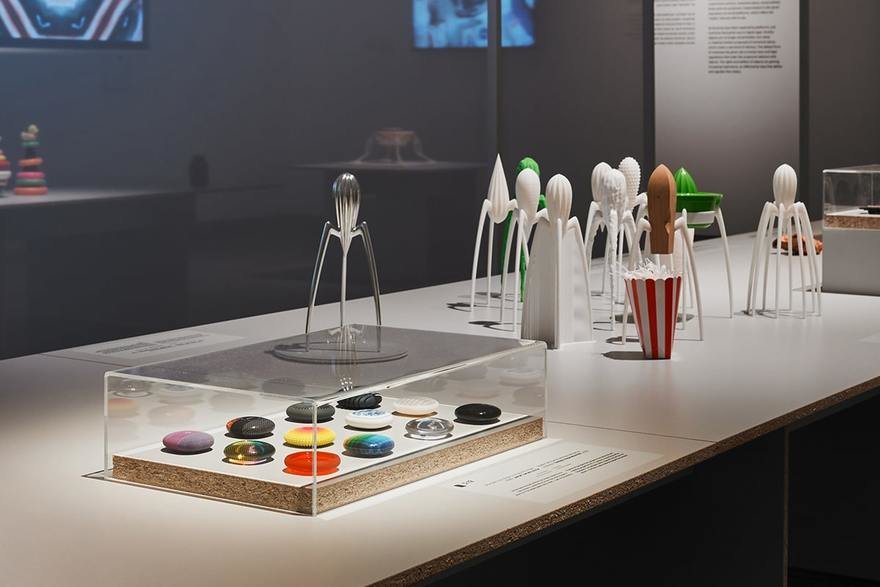