Moonwalkers: A Moving Walkway You Wear on Your Feet

I'm opposed to the idea of this product, but I really admire the outside-of-the-box thinking.

Moonwalkers are add-on footwear—you step into them with your normal shoes already on—that have wheels on the bottom. But they're not rollerskates. Instead they're packed with sensors and motors, and as you walk the wheels roll, at a pace that does not interfere with your balance. In other words, you walk with your normal gait, and the Moonwalkers increase your speed. It's like having an airport moving walkway strapped to the bottom of your feet. 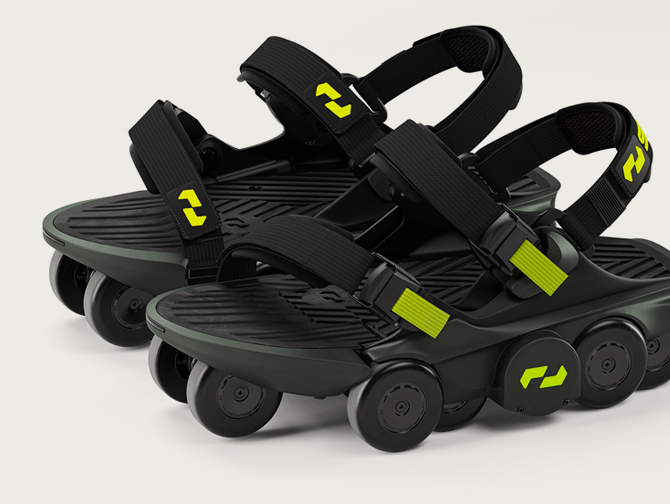 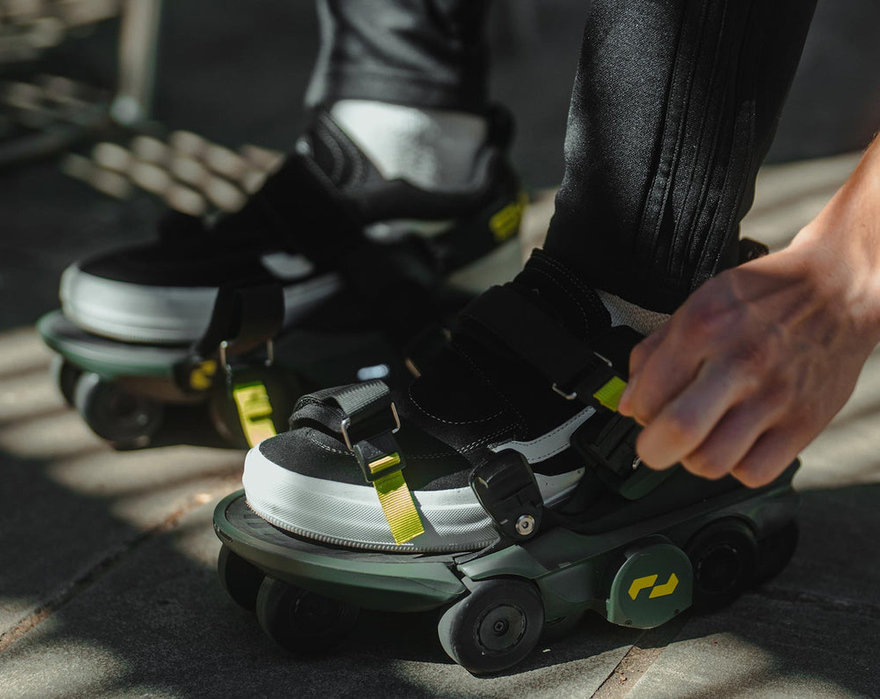 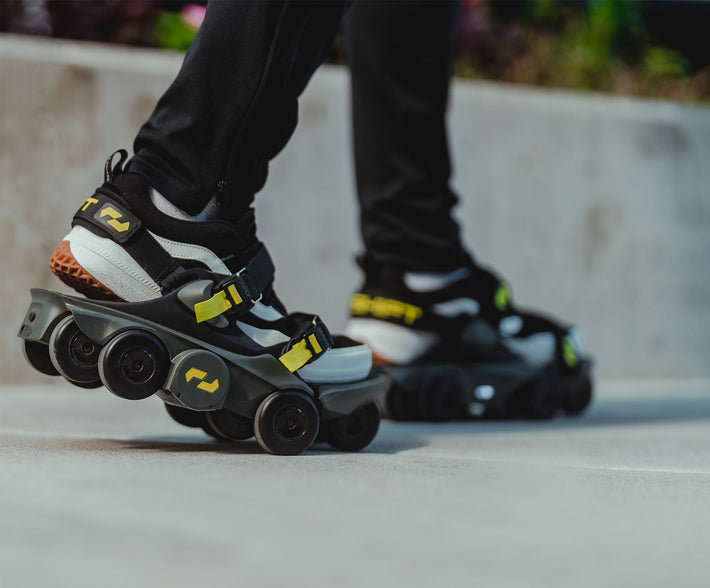 These were developed by Shift Robotics, a company founded four years ago by engineer Xunjie Zhang. Zhang cut his teeth as a manufacturing engineer for Rolls-Royce, later gaining a Masters in Mechatronics, Robotics and Automation Engineering from Carnegie-Mellon. Zhang came up with the idea for Moonwalkers after nearly being hit by a car while riding a scooter; he decided walking was safer, but could use a speed upgrade. 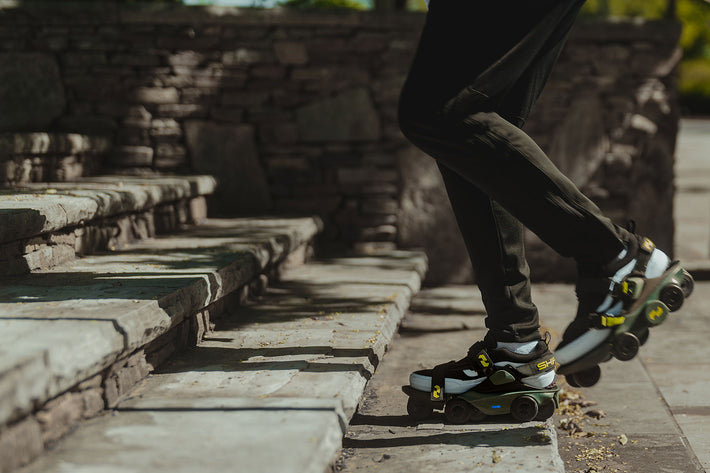 So how do you wear these and handle stairs? Or walk through gravel? How do you even control starting and stopping? The UX is demonstrated in this video explaining the product:

Moonwalkers have been successfully Kickstarted. At press time they were approaching $200,000 in pledges (on a $90,000 target) with 23 days left in the campaign. This is staggering, considering the lowest early-bird price is $1,100 per pair.

As for why I'm opposed to the idea of these, the reason is personal, not moral. I think walking is a great, natural form of exercise that shouldn't be augmented by technology. However, I can see these being very helpful (assuming they're safe) for people with health issues who cannot walk as far as they'd like.