The Amplla Hussechuck, designed by an architect who survived a fire

After being caught in a building fire, and successfully fighting his way out using a fire extinguisher, Czech architect Premysl Kokes experienced a perspective shift. "When I now design buildings, I pay even more attention to firefighting technologies," he writes. During his harrowing experience, Kokes was able to locate a fire extinguisher in the burning building, but "they were well hidden," he writes.

Kokes doesn't say it directly, but from his text I'm parsing that he believes existing fire extinguishers are ugly and thus never at the forefront of a designer's mind, in terms of their placement and location. Kokes thus took it upon himself to redesign the extinguisher. "Tt is an attractive solution," he writes of his redesign, called the Amplla Hussechuck. "It can adapt to any interior and always remains in sight, always within reach." 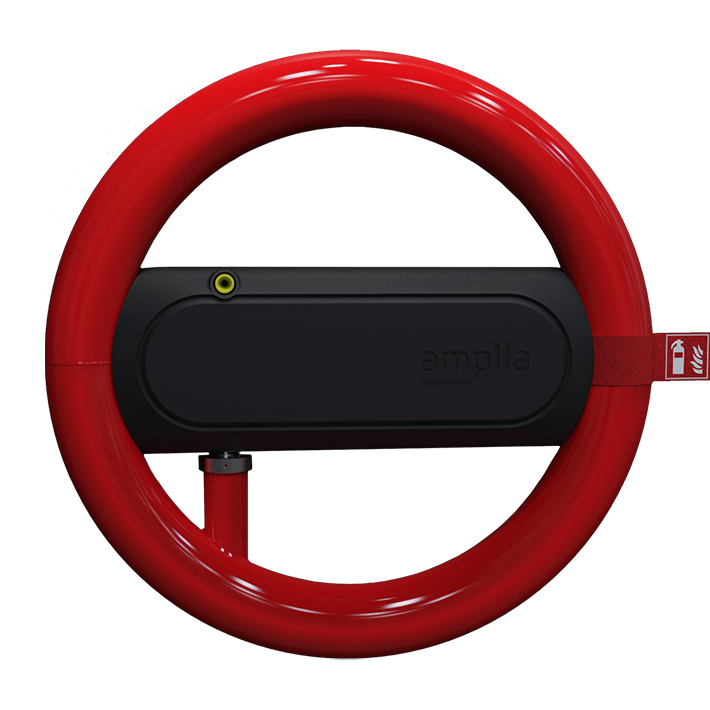 The form is startling. The Hussechuck is shaped like a steering wheel, rather than a gas cylinder. It's meant to be worn on one arm, like a shield. The nozzle is that little yellow circle in the image above. 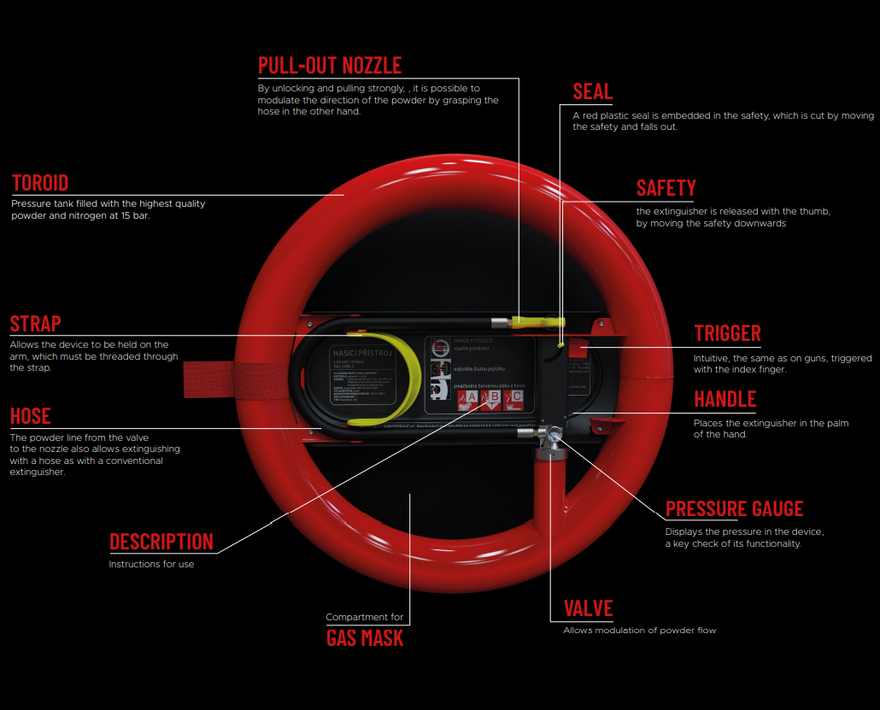 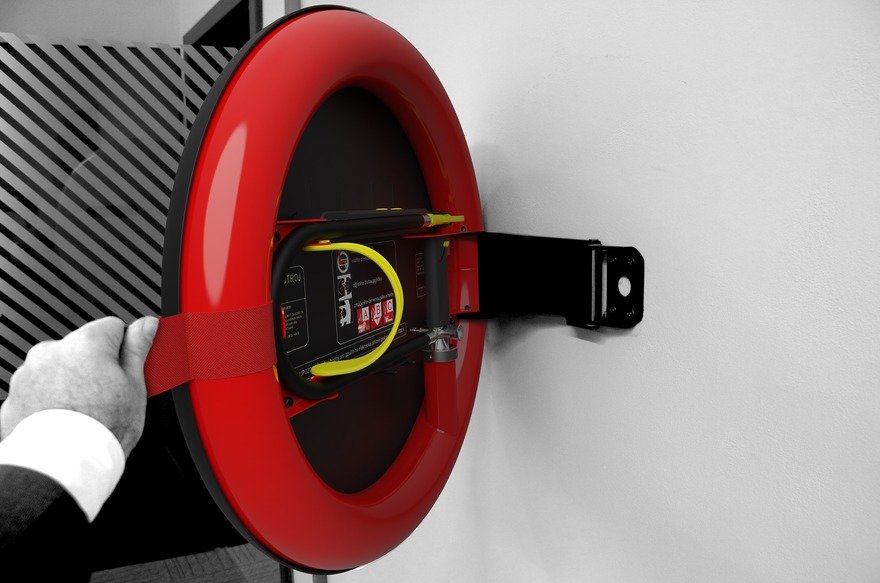 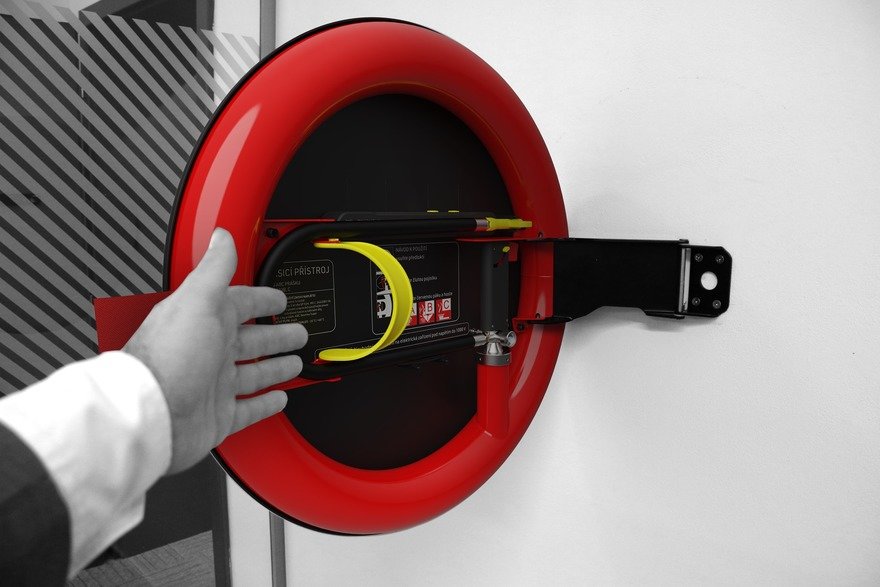 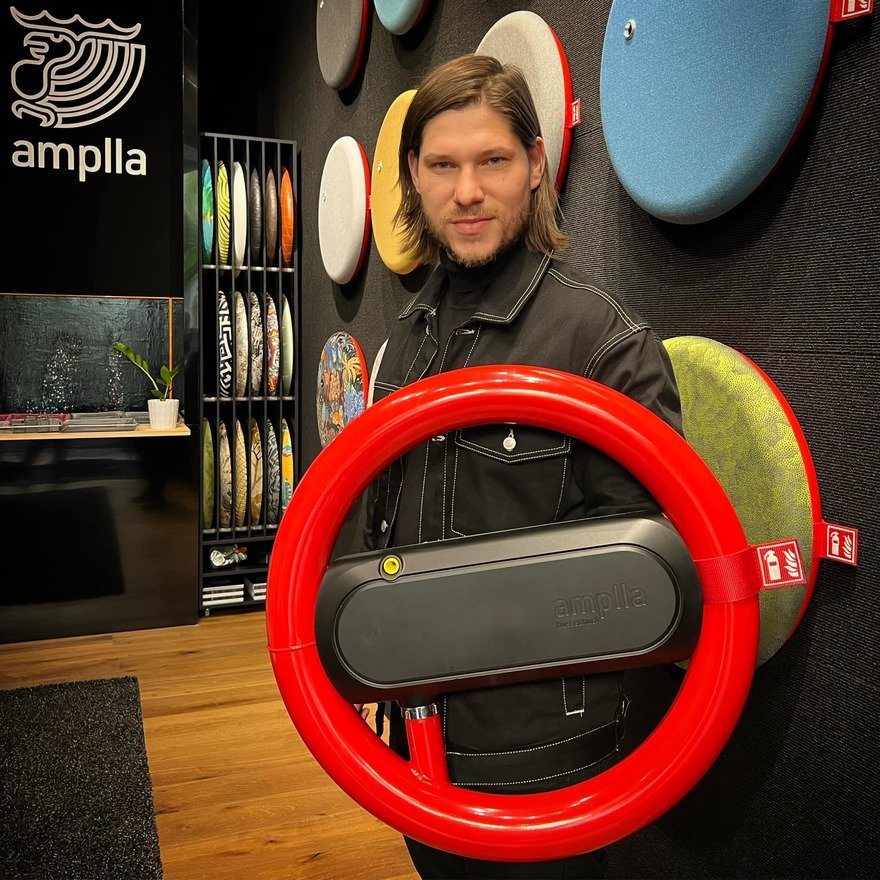 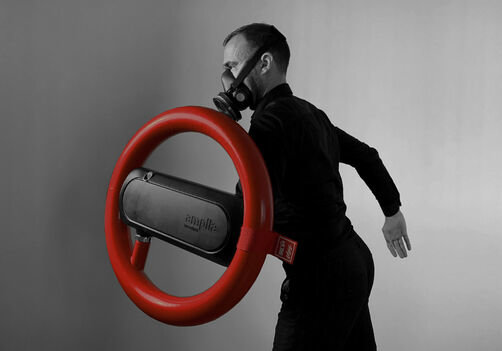 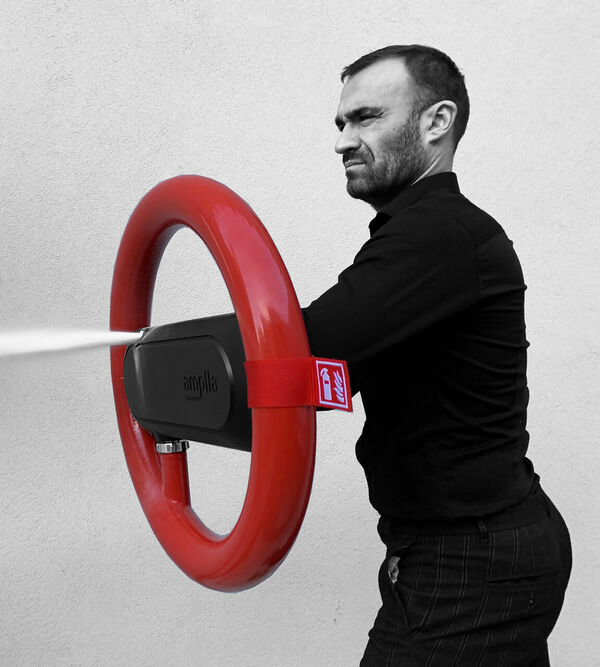 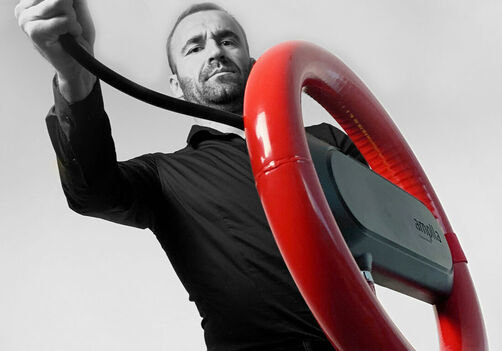 Kokes has also designed two different fire-resistant shield covers for it. On the basic Shield, the only interruption in the surface is the nozzle aperture, which looks like a little peephole: 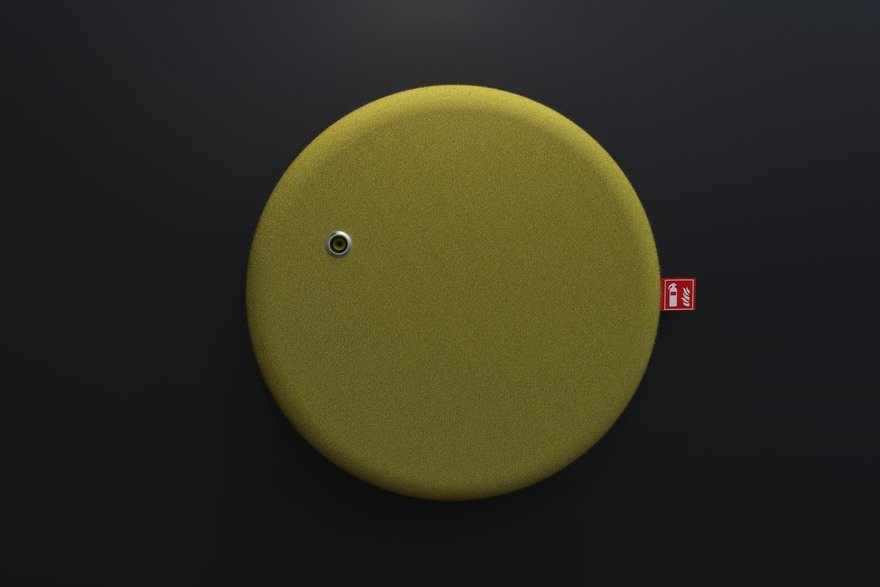 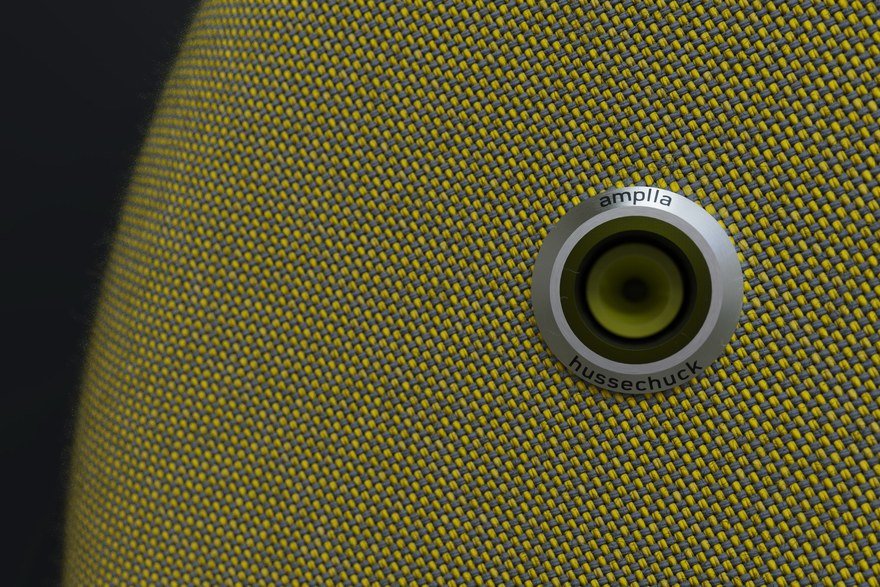 On the Shield Plus, the nozzle is joined by two more circles. One is the lens for a built-in flashlight. The other emits an acoustic alarm, to better help first responders locate you. 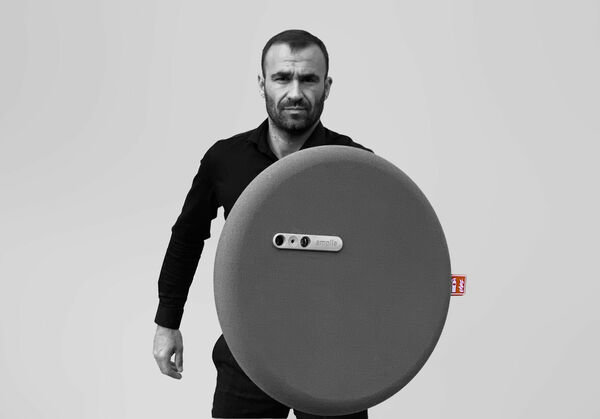 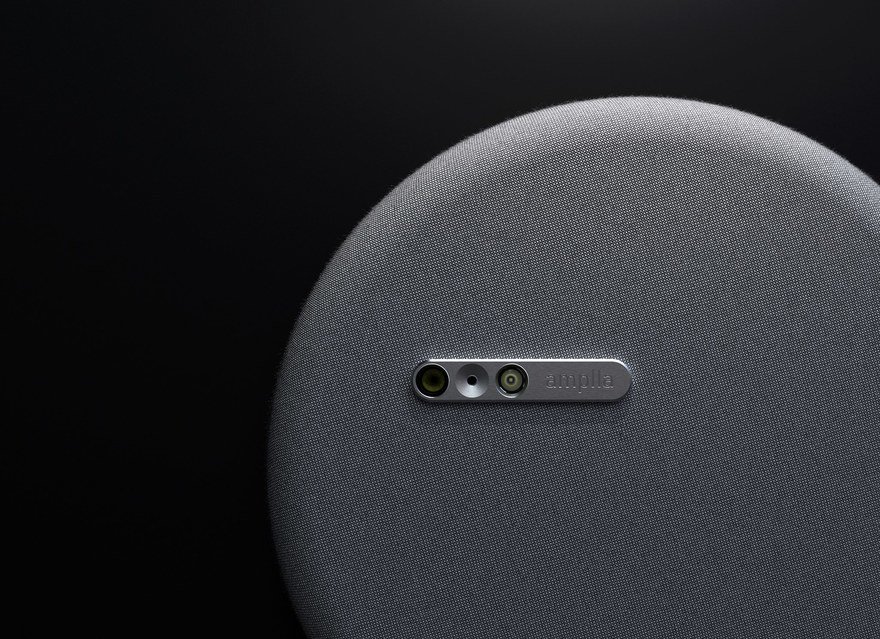 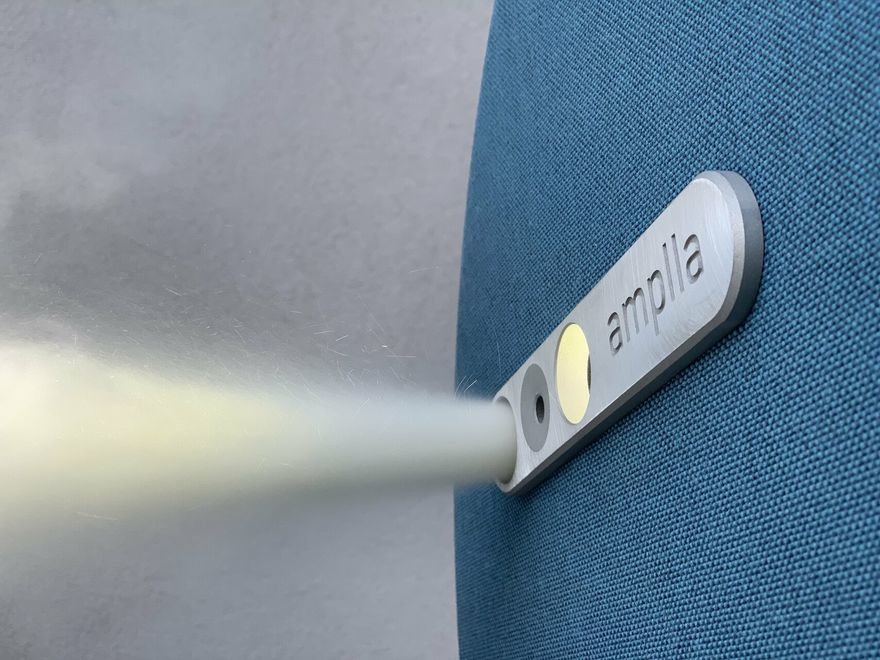 Here's a video showing how the thing is meant to be used:

I'm not at all convinced this is an ergonomic improvement, but the motivation for Kokes' design was to make the object more attractive. I can't deny that he nailed that. 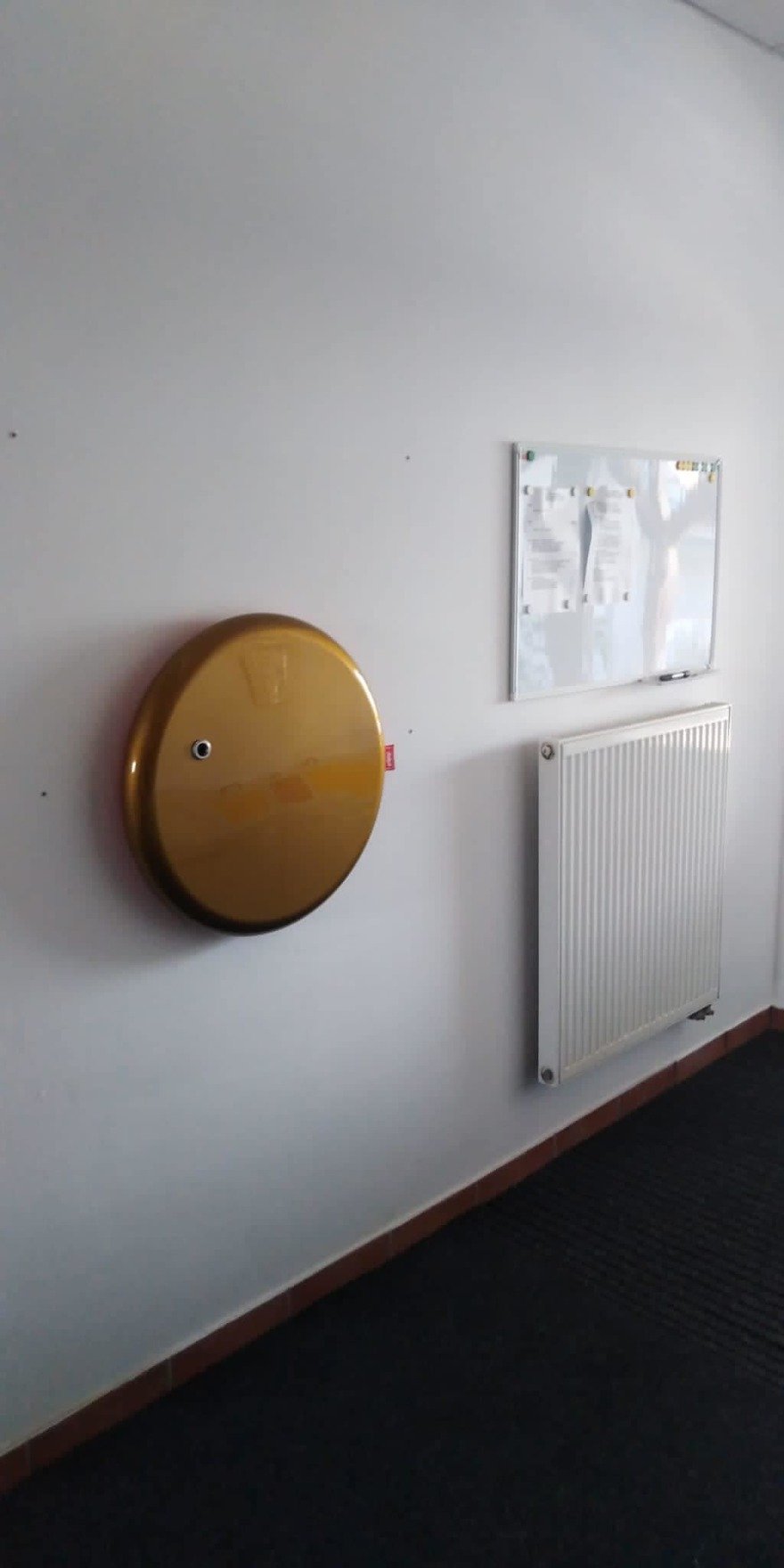 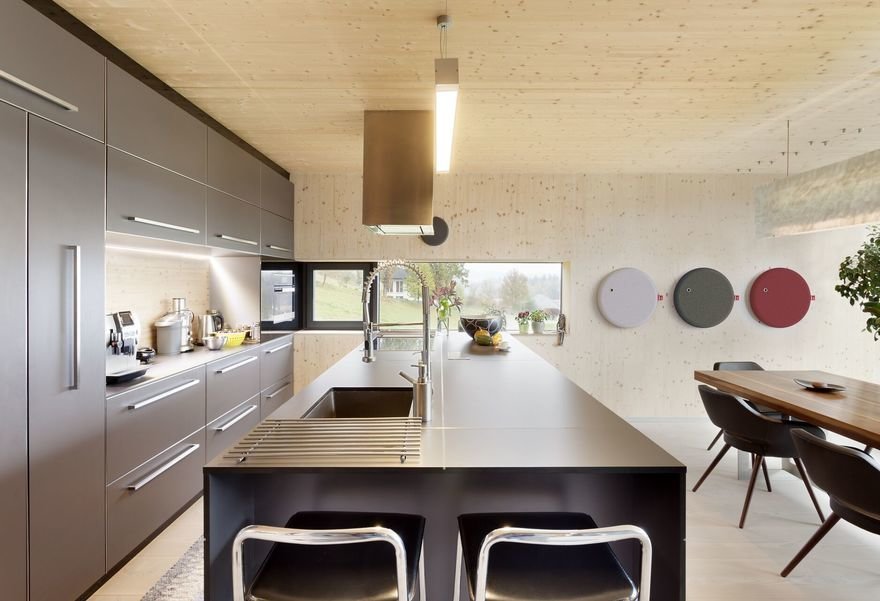 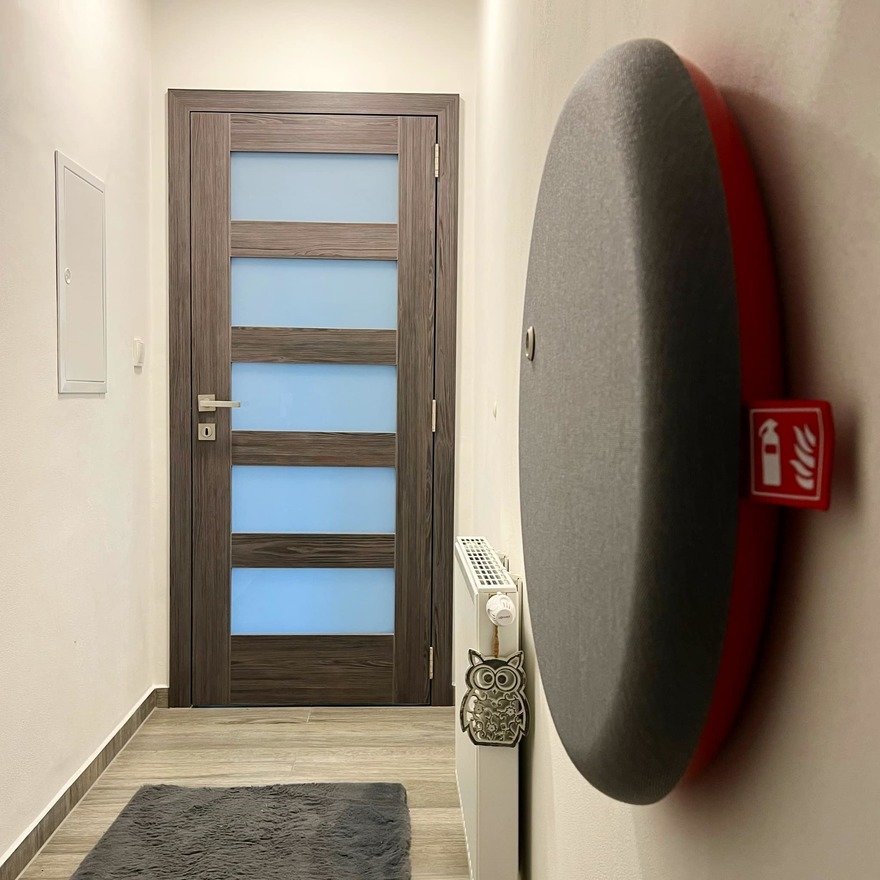 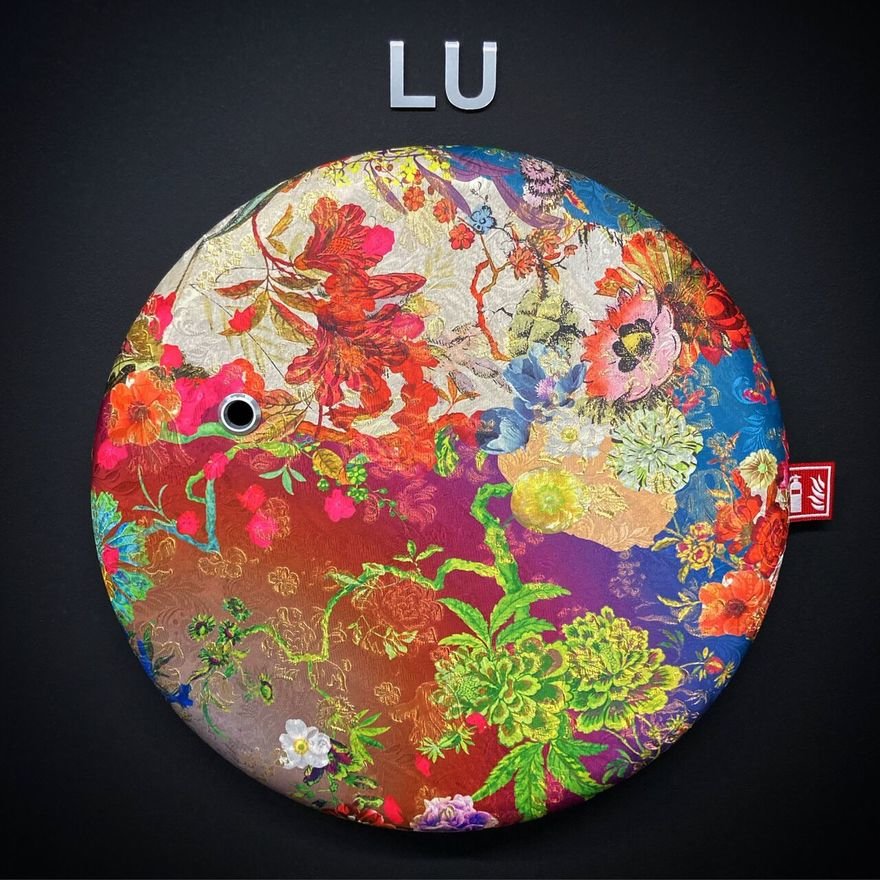 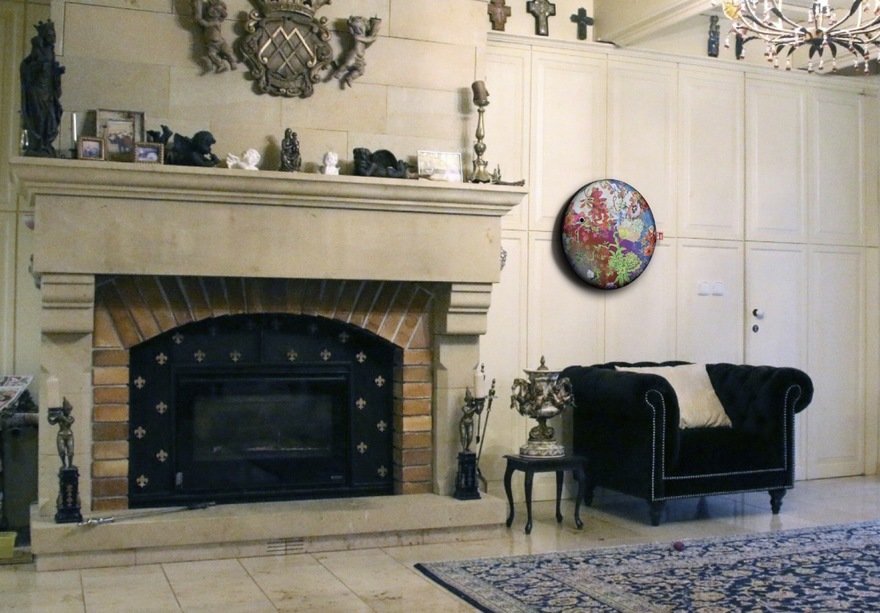 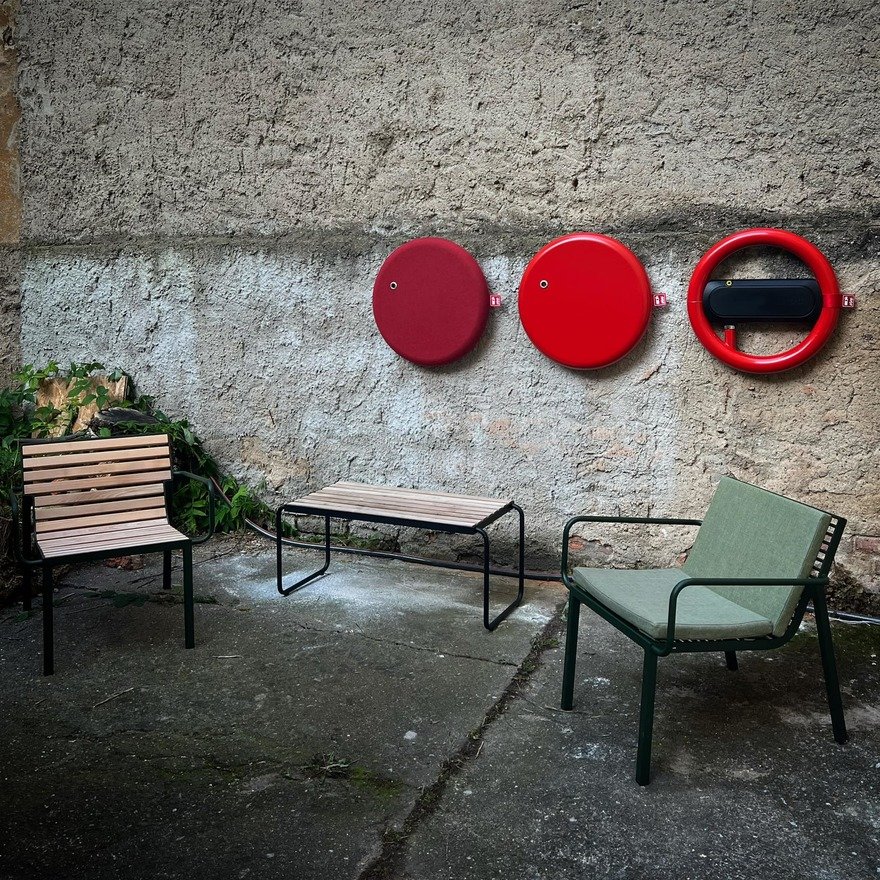 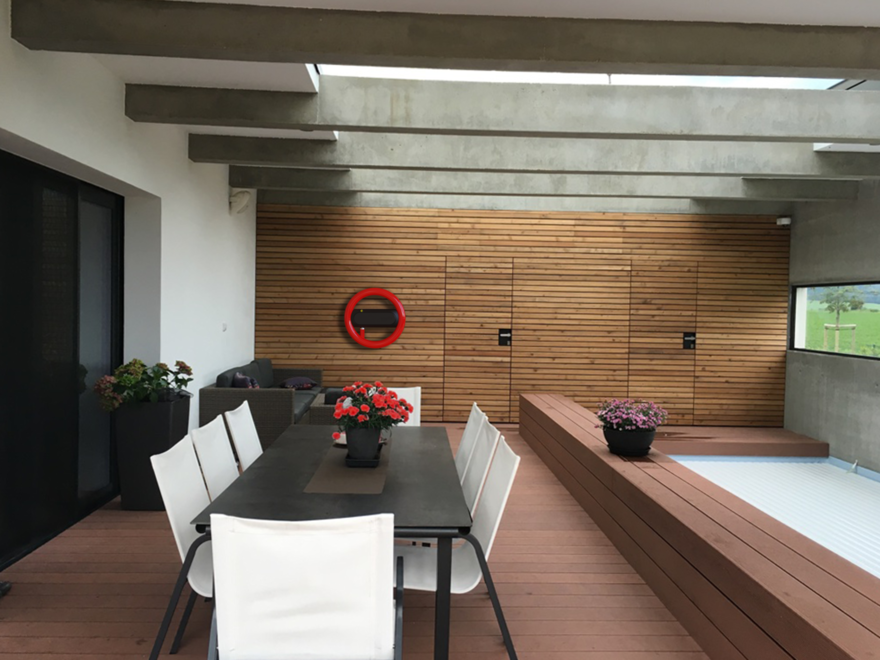