New-Zealand-based Mike Hewson has an unusual blend of skills: He holds degrees in both visual arts and structural engineering, and has a background in "heavy-civil construction," his website reads.

A project of Hewson's recently gained some press, and criticism on social media: Rocks on Wheels, a playground created for the city of Melbourne, has been purposely designed to look like a dangerous environment. 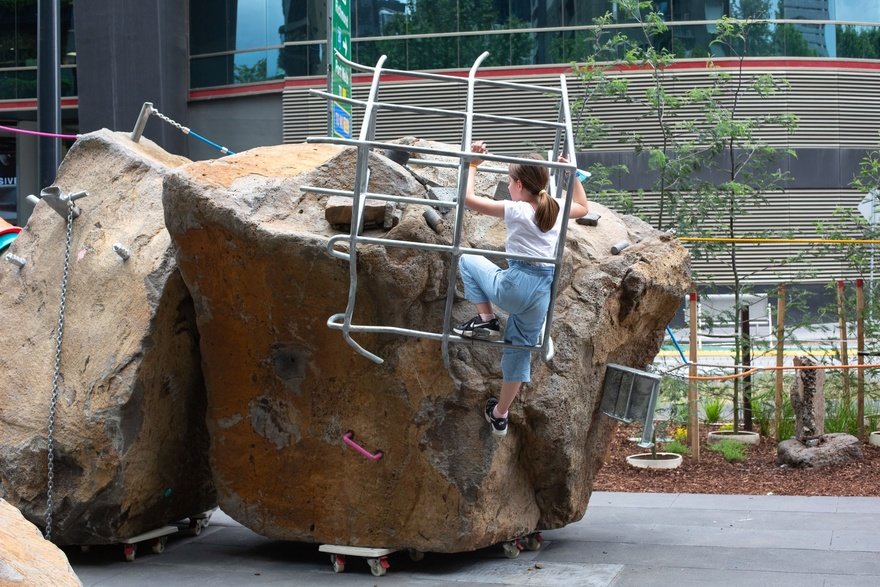 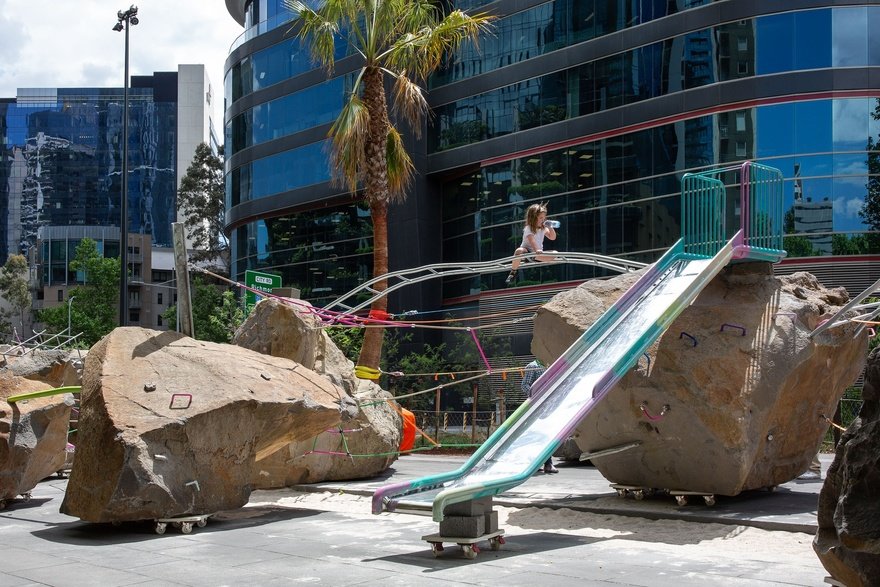 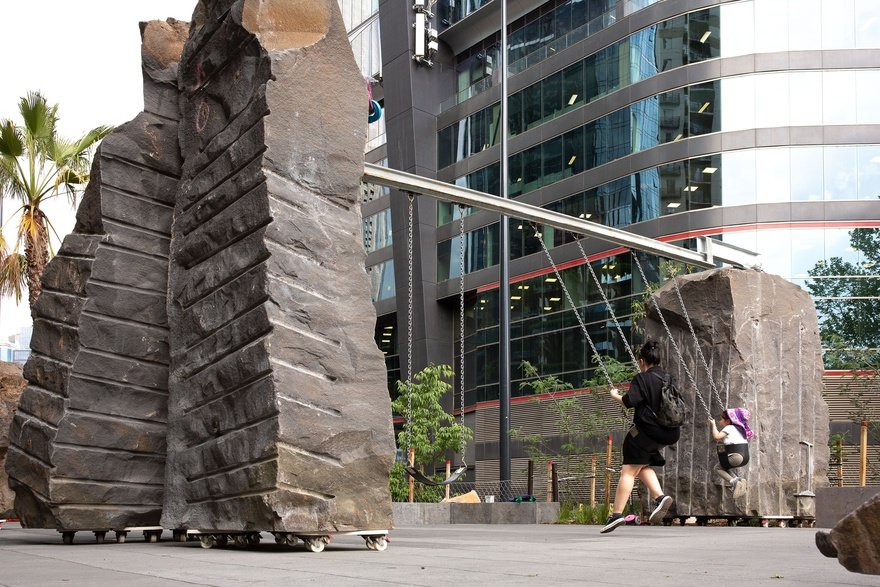 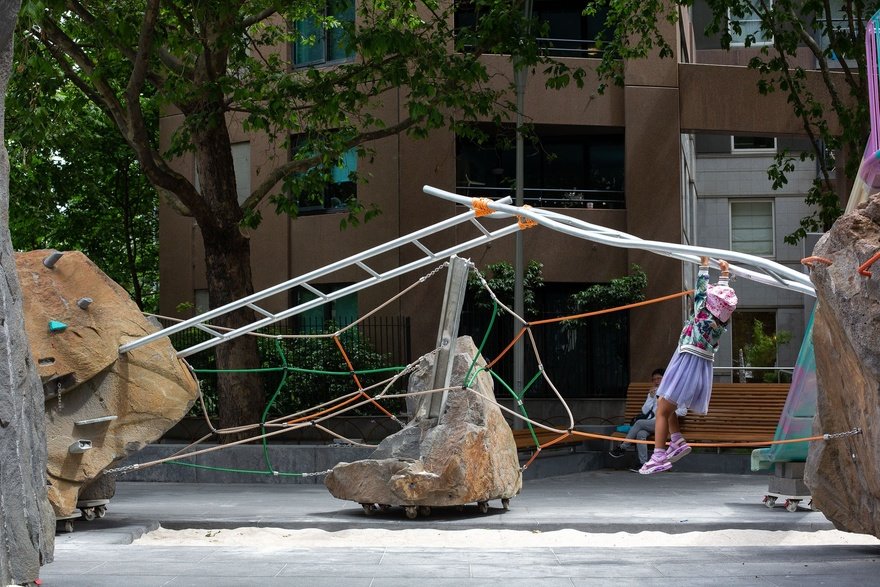 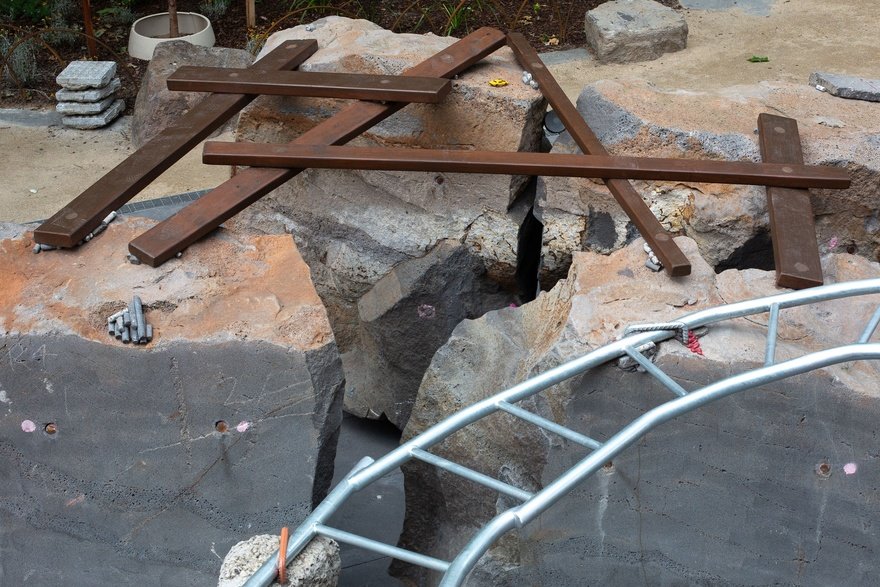 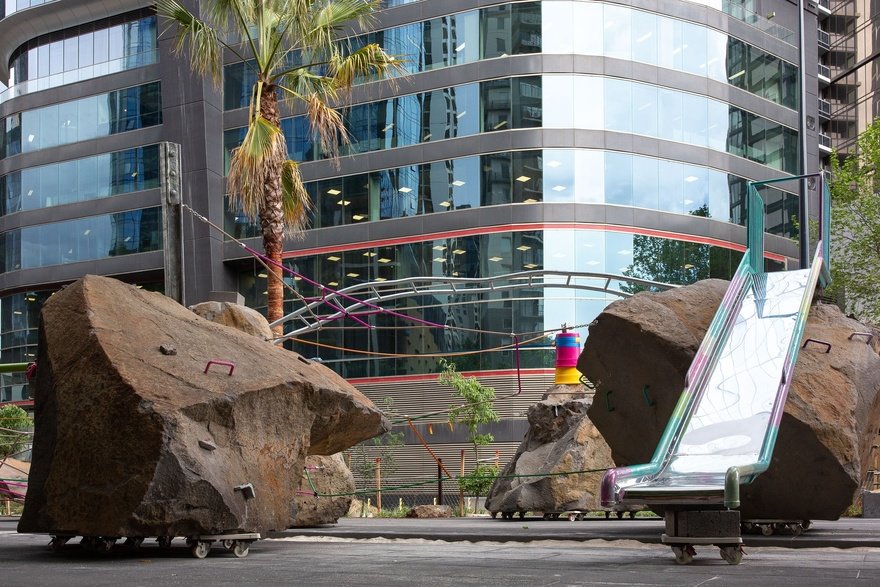 "Rocks on Wheels is a sculpture park playground consisting of 24 large monolithic bluestone builders on domestic-scale furniture dollies," Hewson writes. The pieces are connected by ropes, twisted pieces of metal and in one case, appear to be propped up by nothing more than a stack of HDPE buckets. 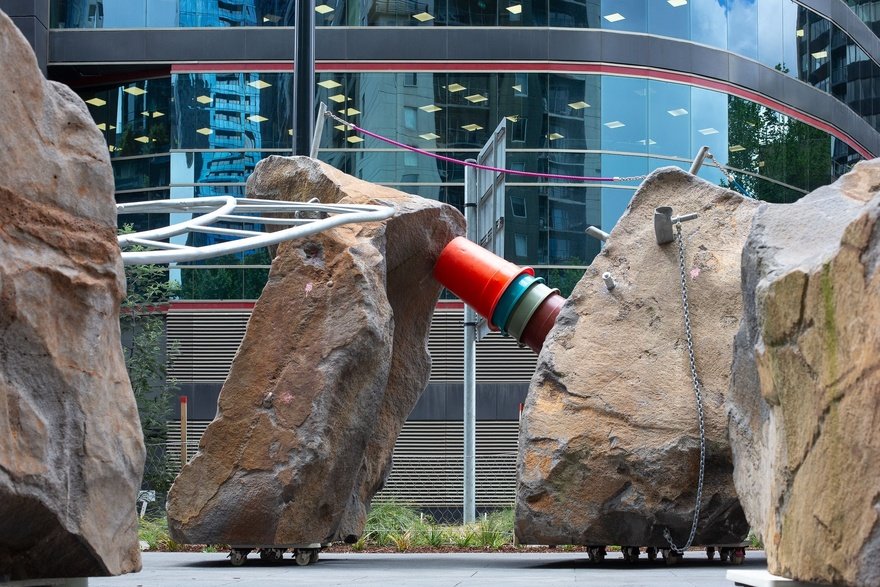 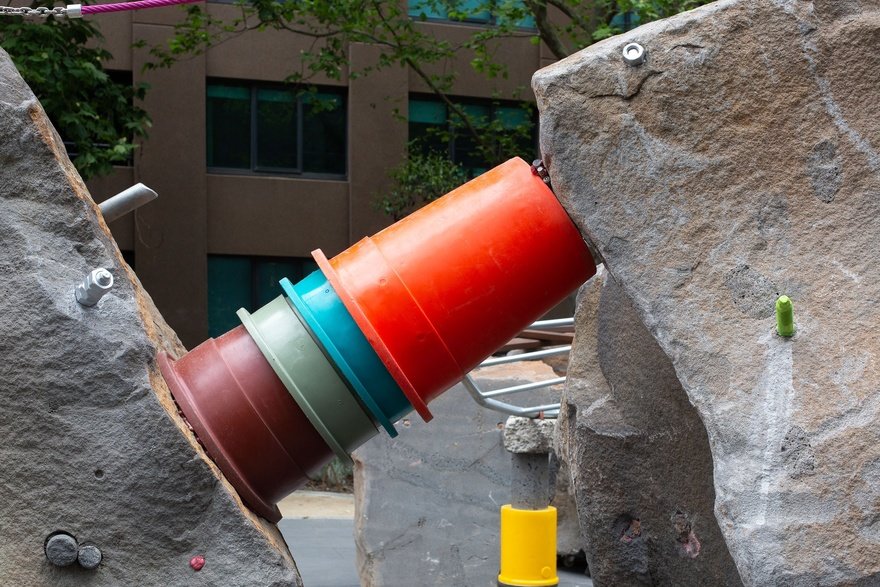 The installation drew Tweets like the following, from a local news radio host:

It's worth noting that Hewson isn't a child-hating maniac; the boulders are in fact held in place by unseen steel rods, and though the ground looks like stone, it's in fact "bouncy bluestone (rubber flooring)," he reveals. In an interview with the Guardian, Melbourne Lord Mayor Sally Capp defended Hewson's design and reinforced that it's safe. Furthermore, the installation has reportedly been mobbed by children since it opened this month, and no one has been crushed by a rolling boulder. 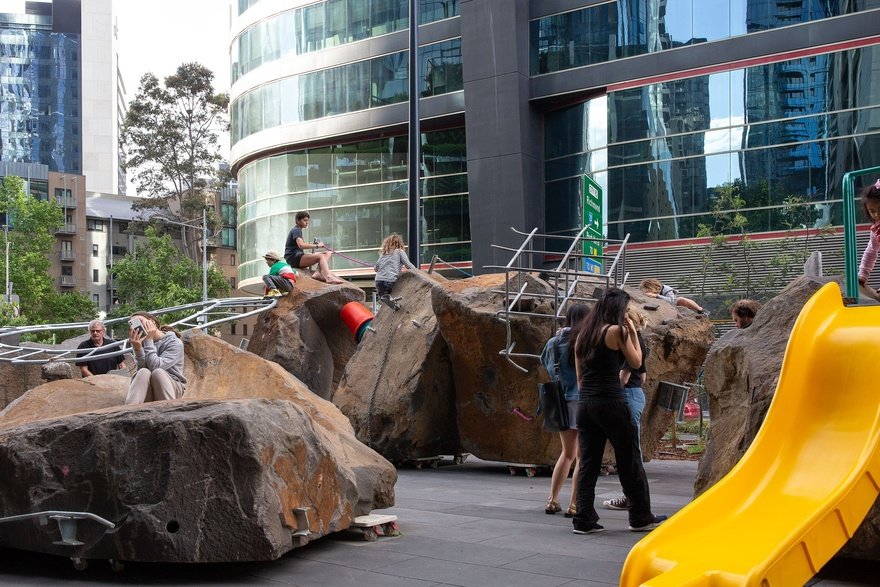 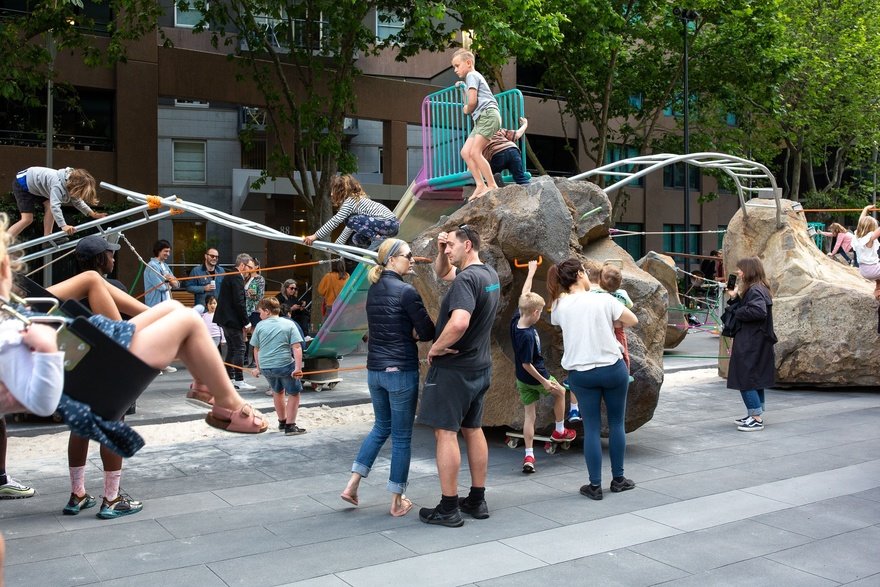 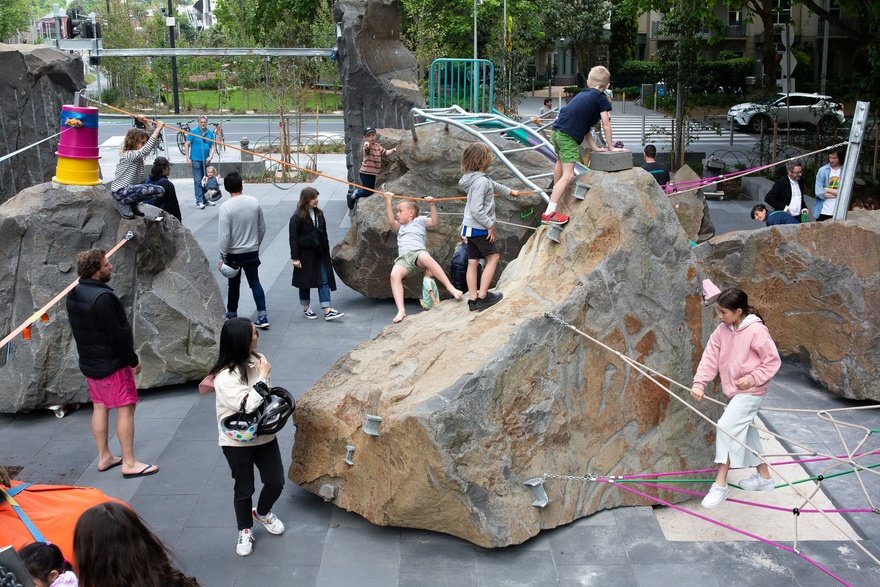 "[I work] to prove we can in fact do things that are considered untenable in a public setting. Each project aims to catalyse fresh conversation about how the bureaucratic and managerial aspects of power are shaping our public lives, asking if we like that shape or if we'd like to consider other options." 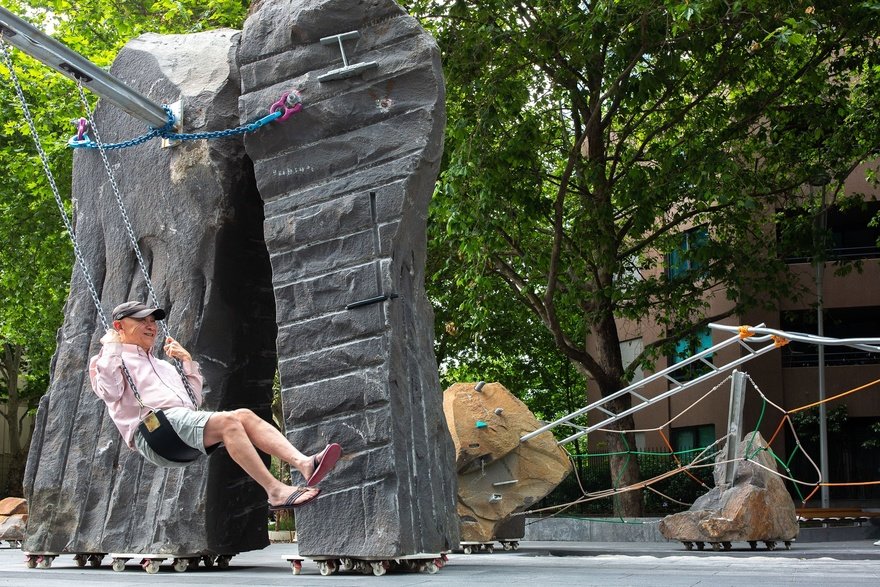 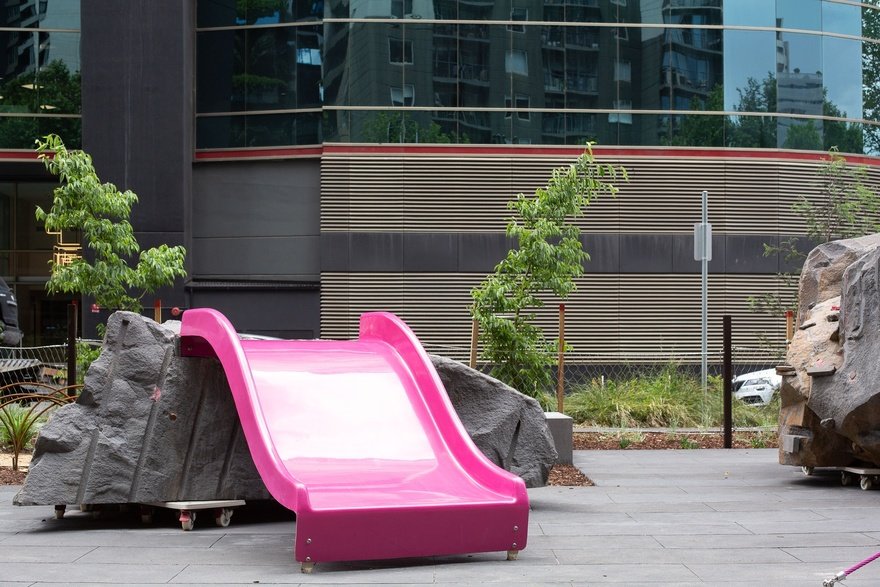 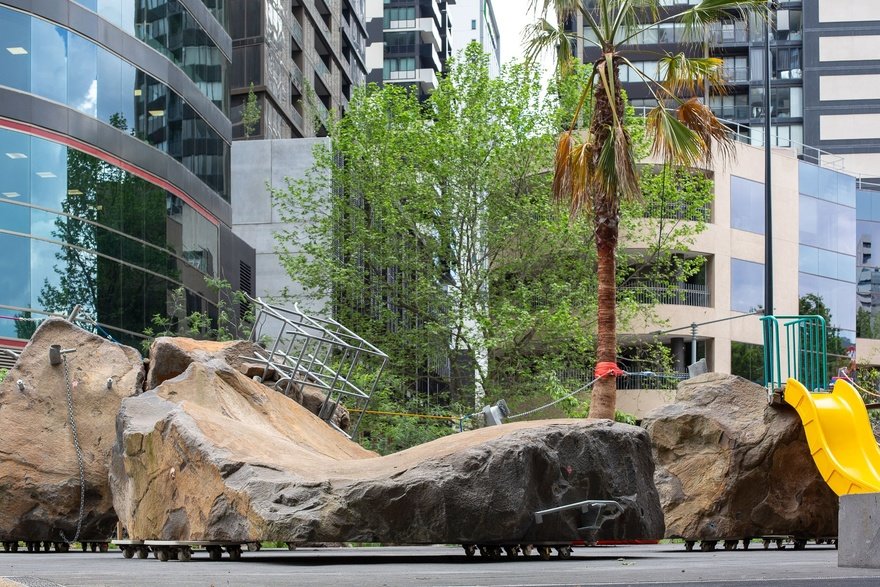 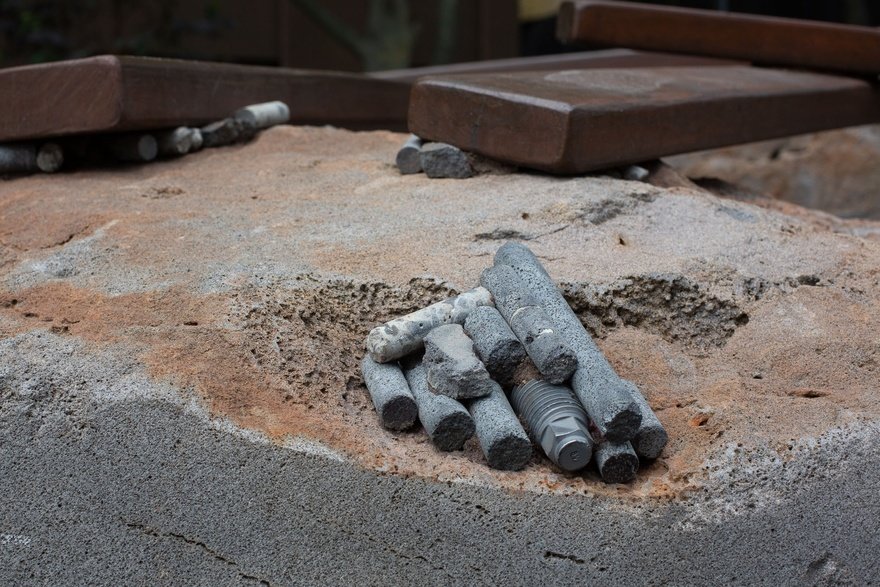 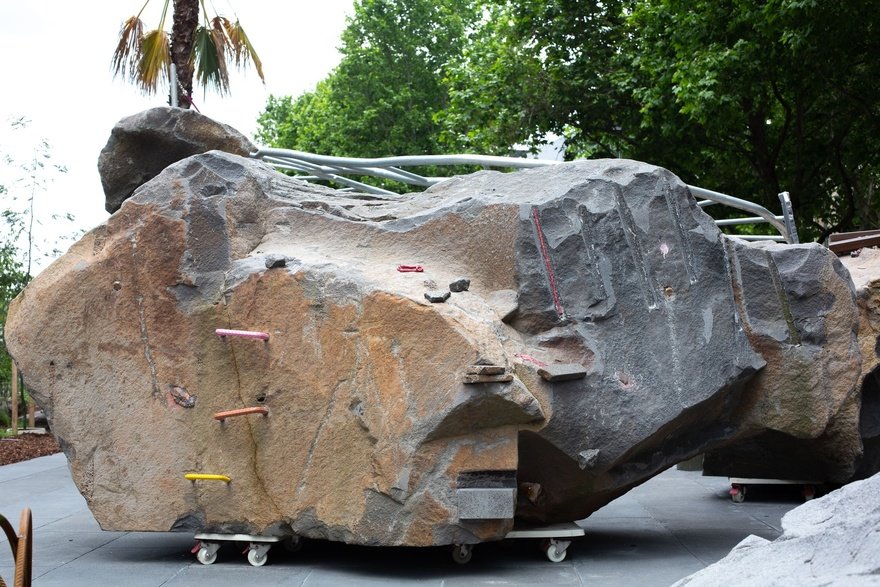 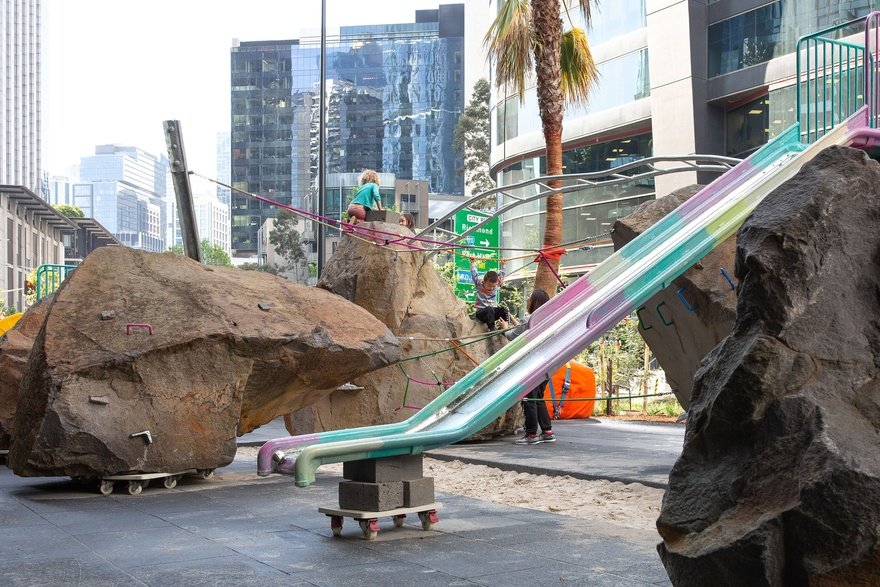