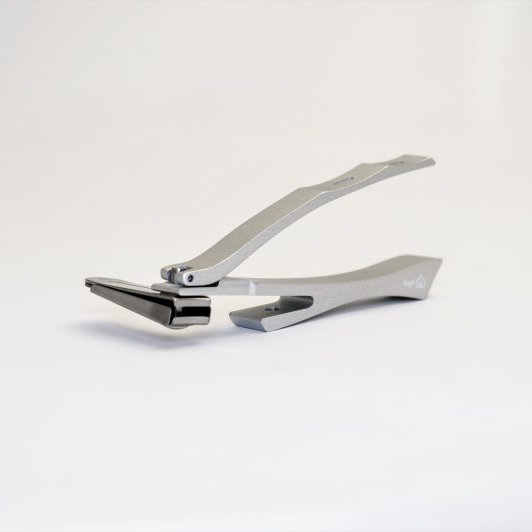 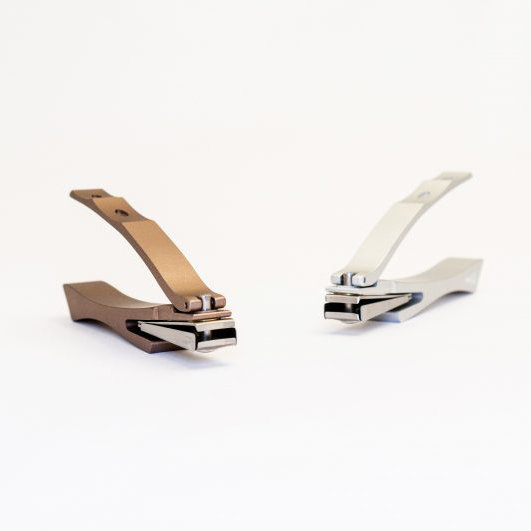 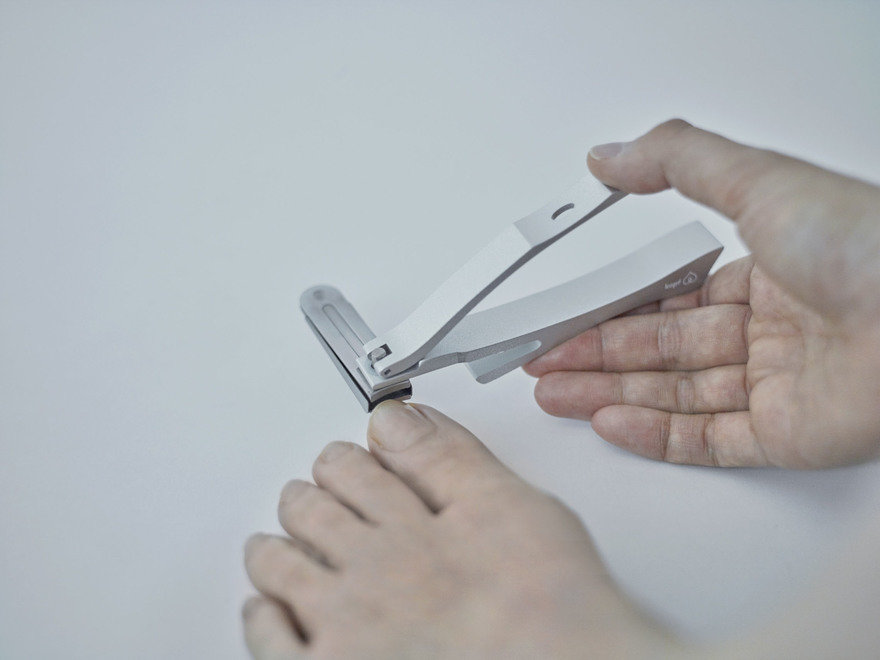 I figured it was commissioned by a manicure/pedicure supply company, but I guessed wrong. "This was a request from a knife manufacturer in Seki City, Gifu Prefecture," Yoshita writes. "The basic concept of a frame made of aluminum extrusion molding and a rotating blade structure had to be reduced to a concrete form. We studied the design while creating a model that could actually cut nails, not just an image. It was a simple and time-consuming process, but the solid response was very encouraging." 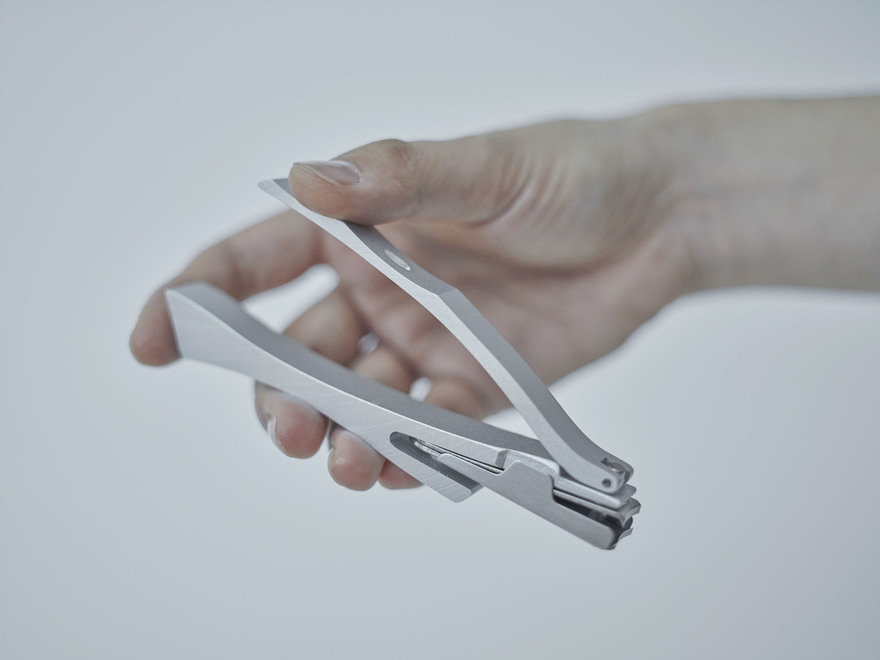 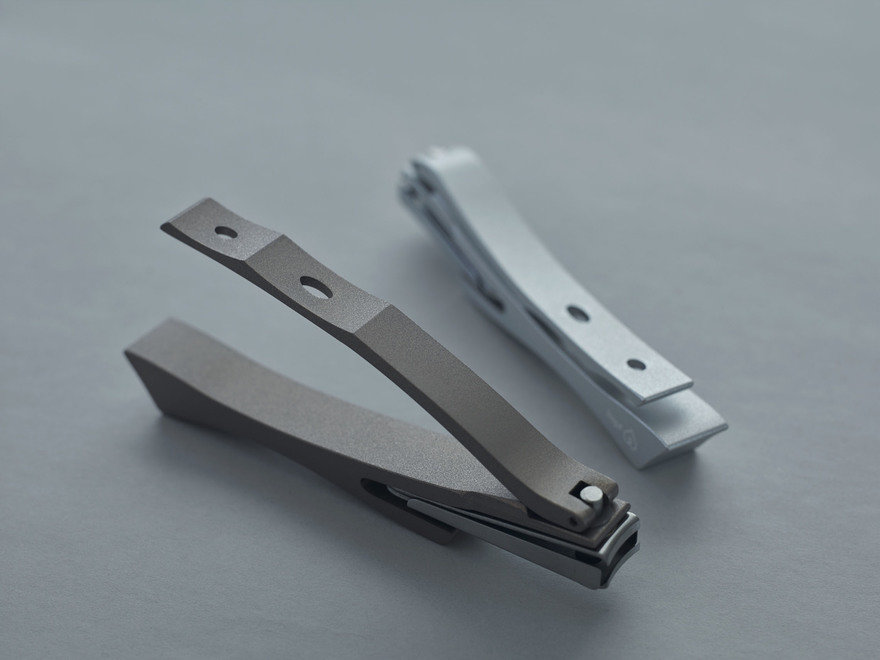 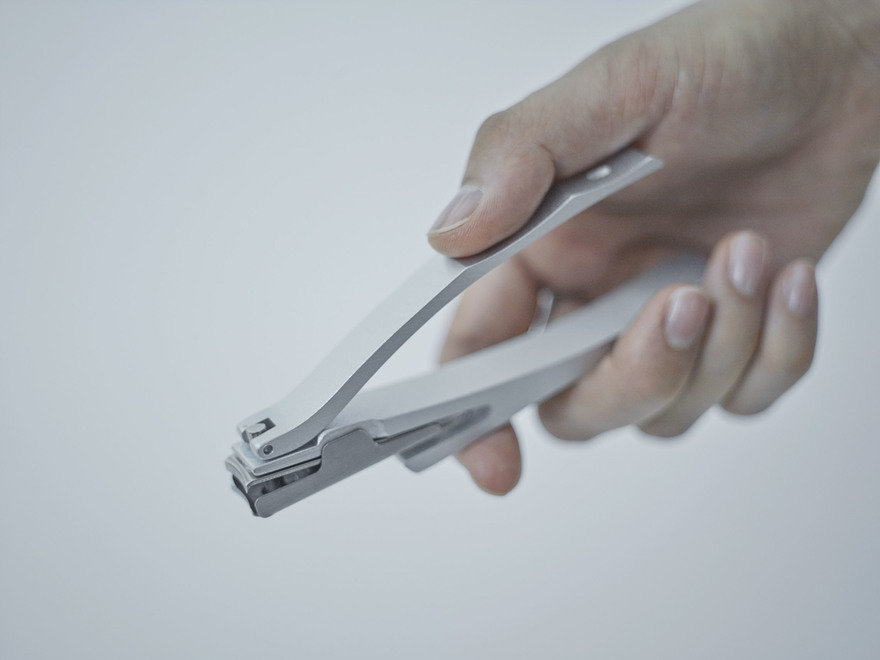 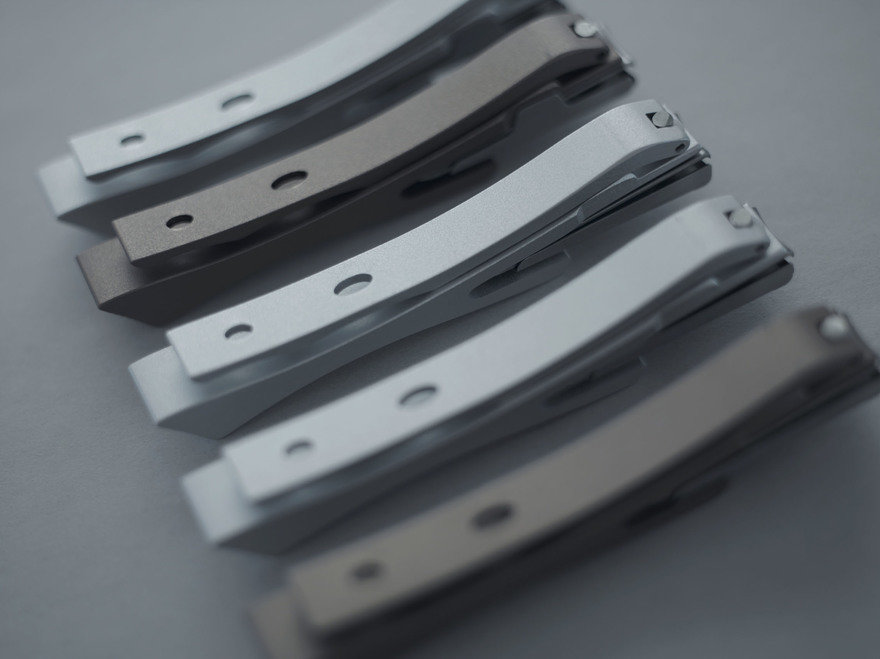 In a Facebook post, Yoshita points out that the tool's large size means it can be operated without having to hold it (see photo below). Thus it can be used "even with a weak grip," he writes. The popularity of the tool has made Yoshita "realize that there are more people than I expected who are worried about their weak grip and difficulty moving their fingers. [Knife manufacturer] Kosaka Hamono Seisakusho, which has been manufacturing nail clippers for many years, listened to many people's concerns and devised a system that rotates the blade part." 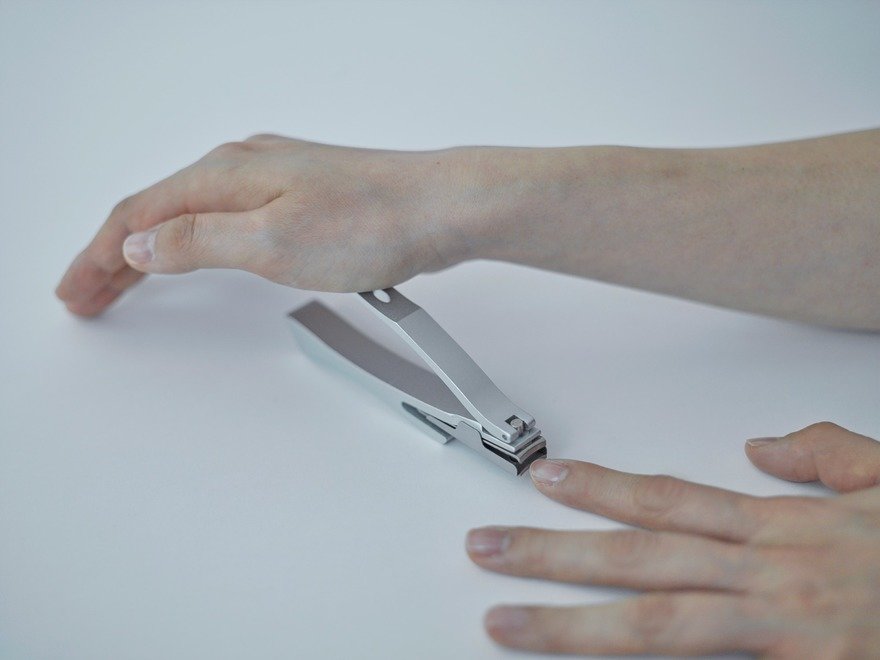 A question none of you may have the answer to: I get that prior to the invention of nail clippers and files, people probably just nibbled their fingernails away; but how do you reckon we handled toenails? I wonder what those remote tribes in the rainforest do about them.