An Antique UX Design Problem: Dispensers for String in Spheres 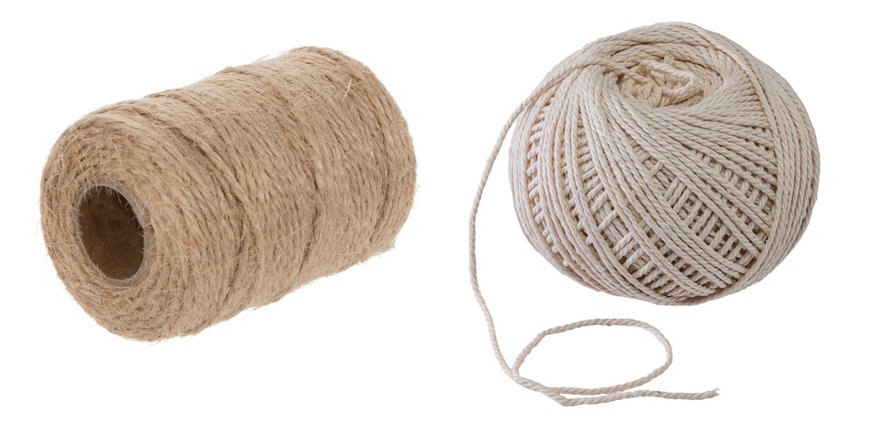 …but in the Victorian era, prior to the invention of cardboard tubes, it was all balls (if you'll pardon the phrasing). The ball shape is not particularly convenient to dispense from—pull on one end of the string, and you're essentially providing the motive force for a sphere to begin rolling—so a variety of uncredited artisans designed dispensers that would keep the sphere in place as it was being unwound.

While wood would undoubtedly be easier to work, these were often made in metals like brass or cast iron; having a heavy dispenser meant you could pull the string forcefully—as when quickly seeking to draw several feet out at once, to wrap around a parcel—without pulling the contraption off of your desk.

This cast iron model from France features registration points to line the top up with the bottom, and a toggle to lock them together. Note the holes for fasteners on the outer edges of the base; this allowed the unit to be screwed down to a countertop or mounted upside-down, as from the underside of a beam. 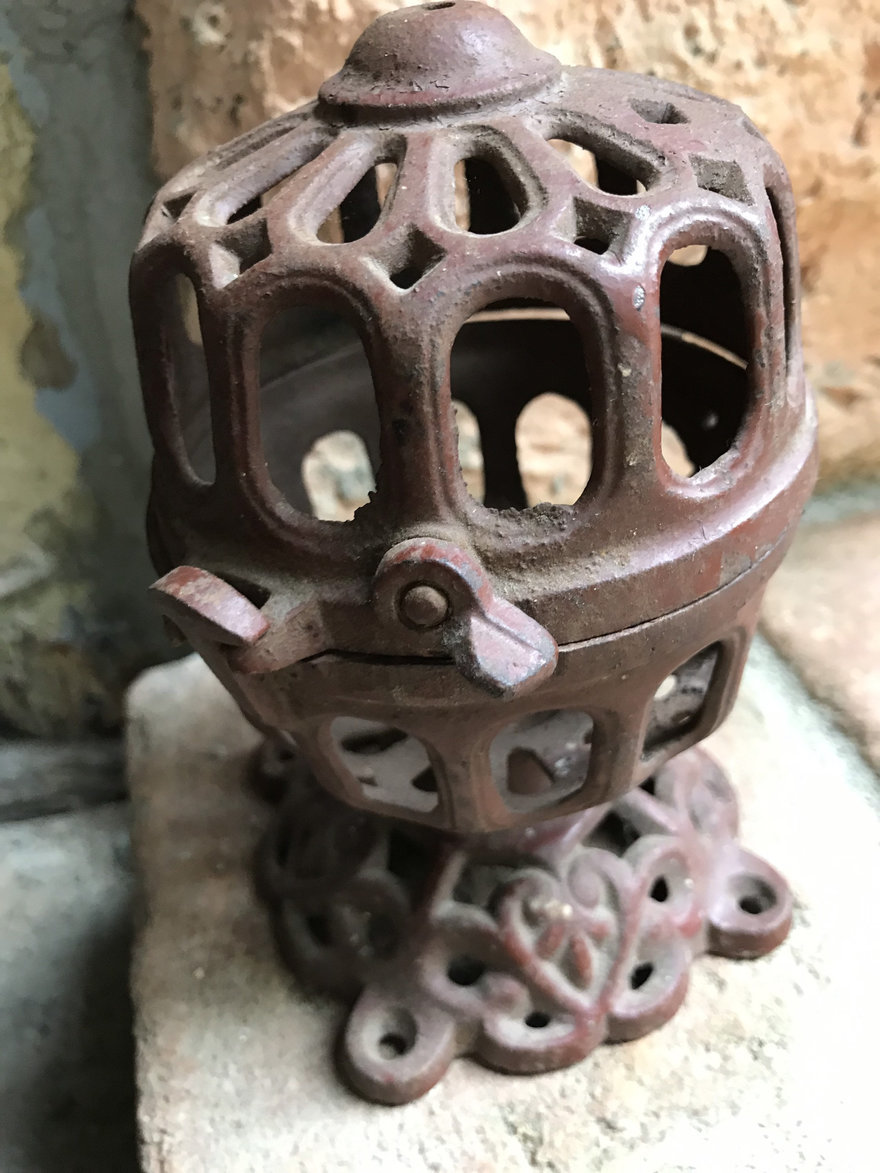 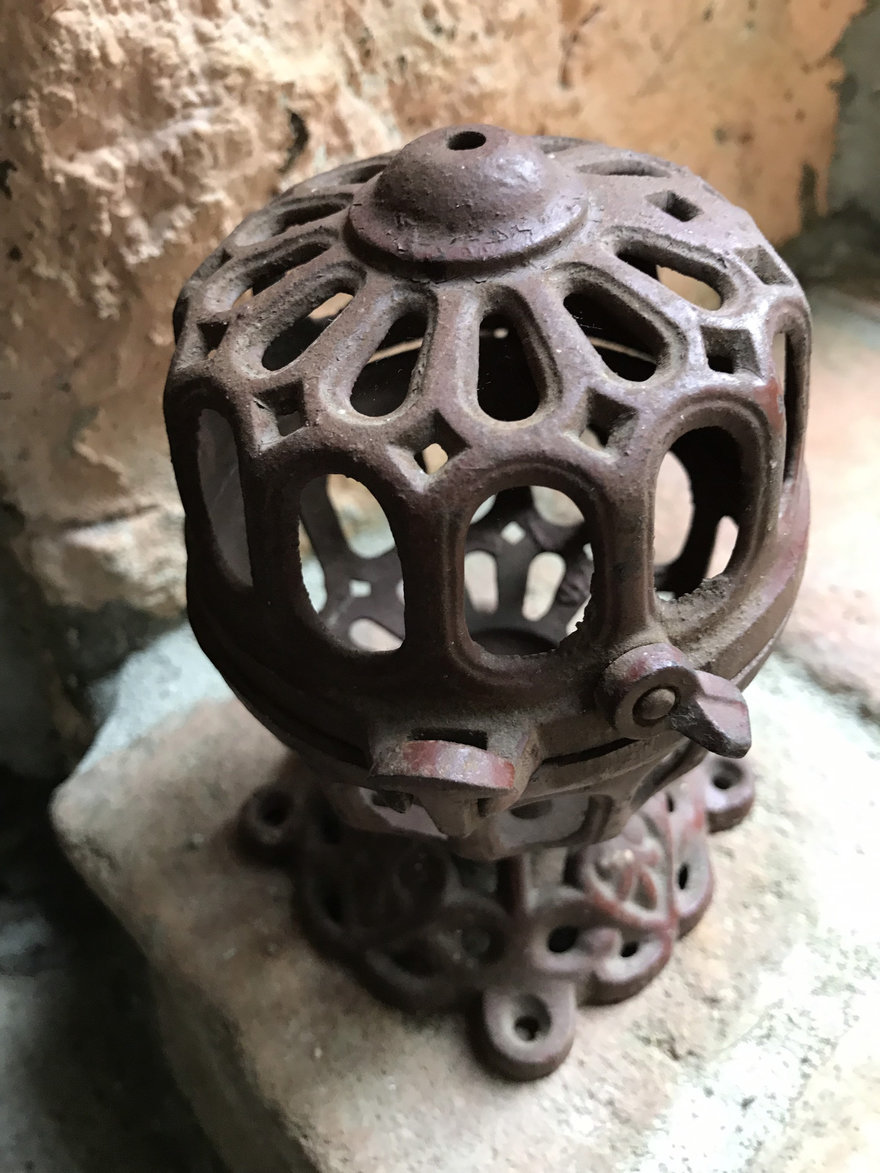 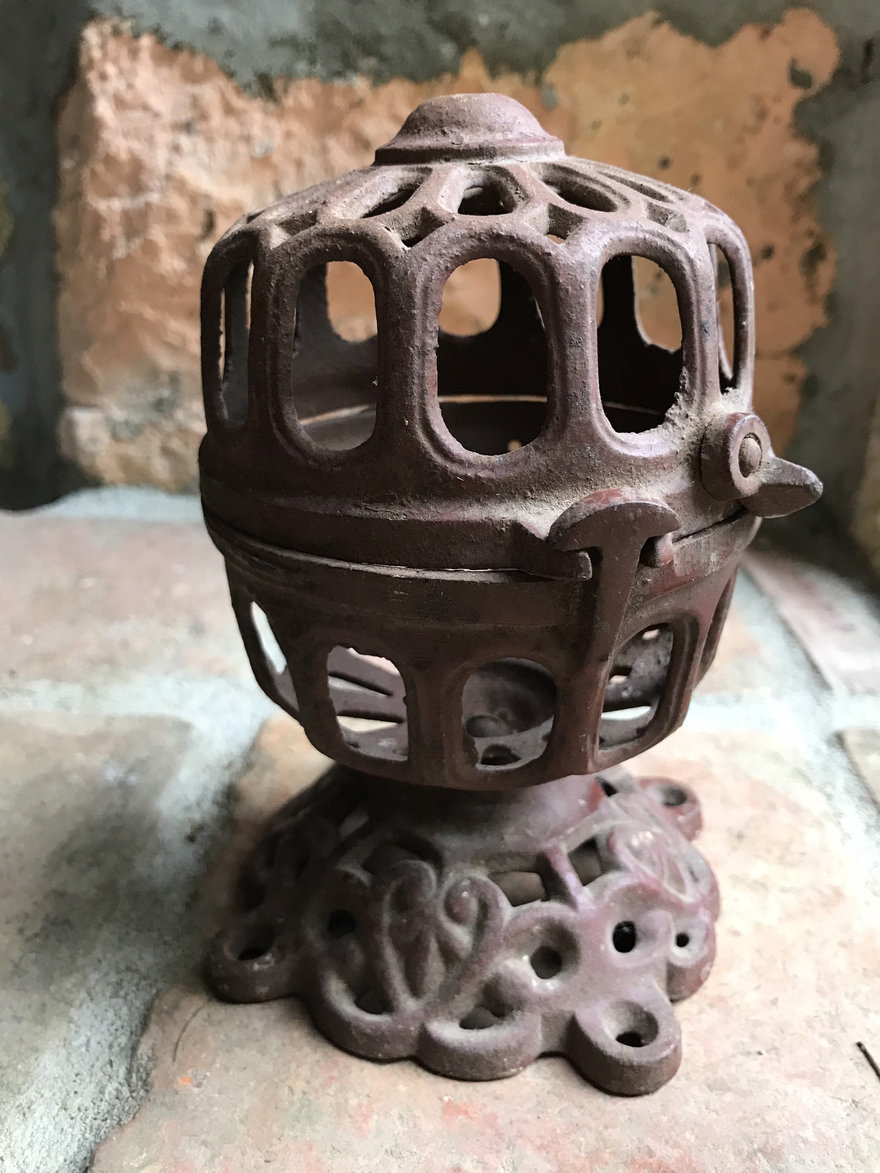 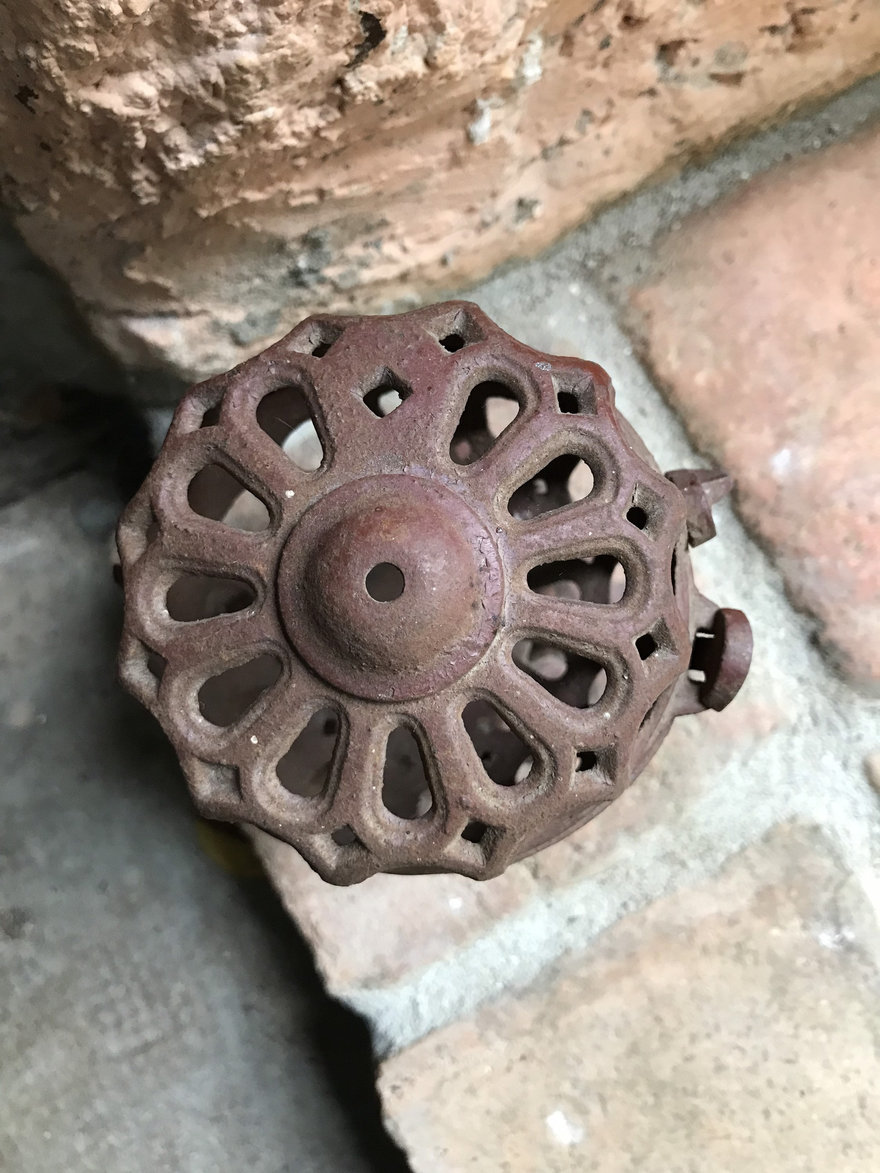 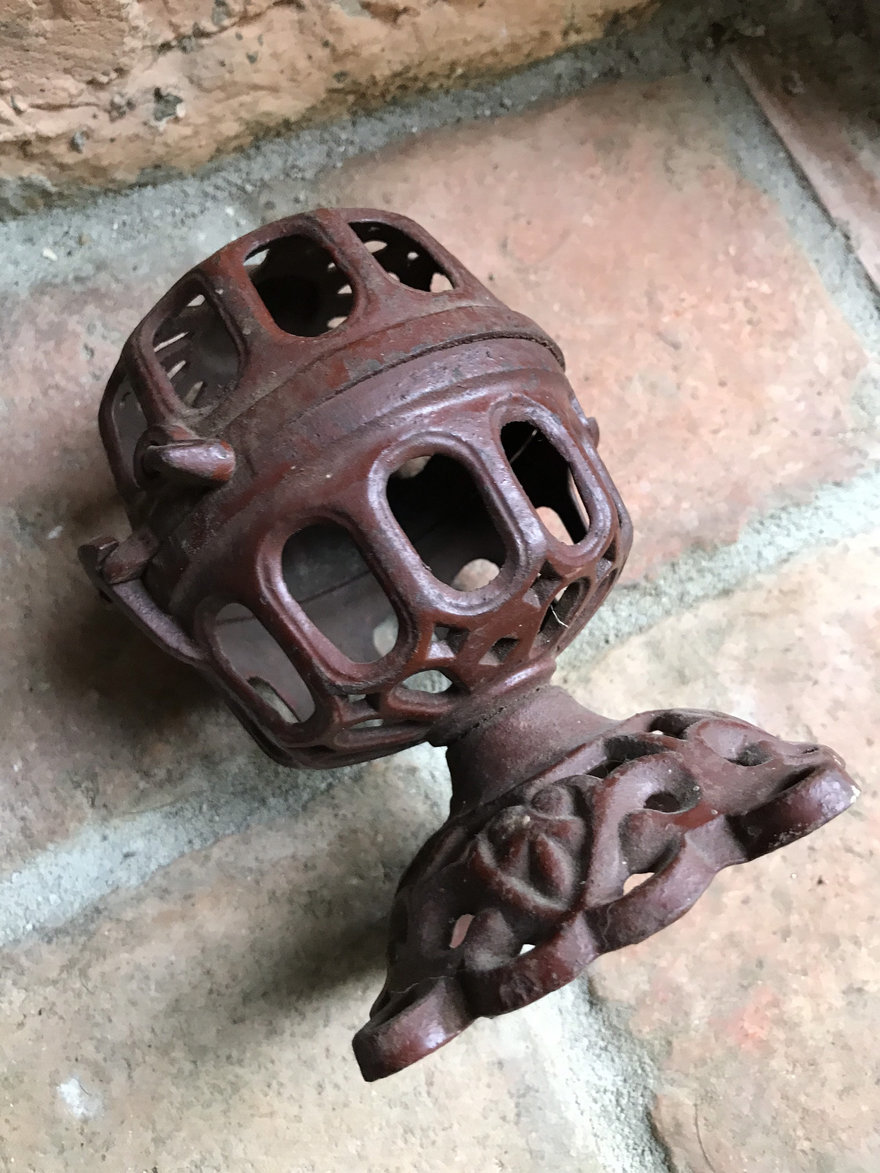 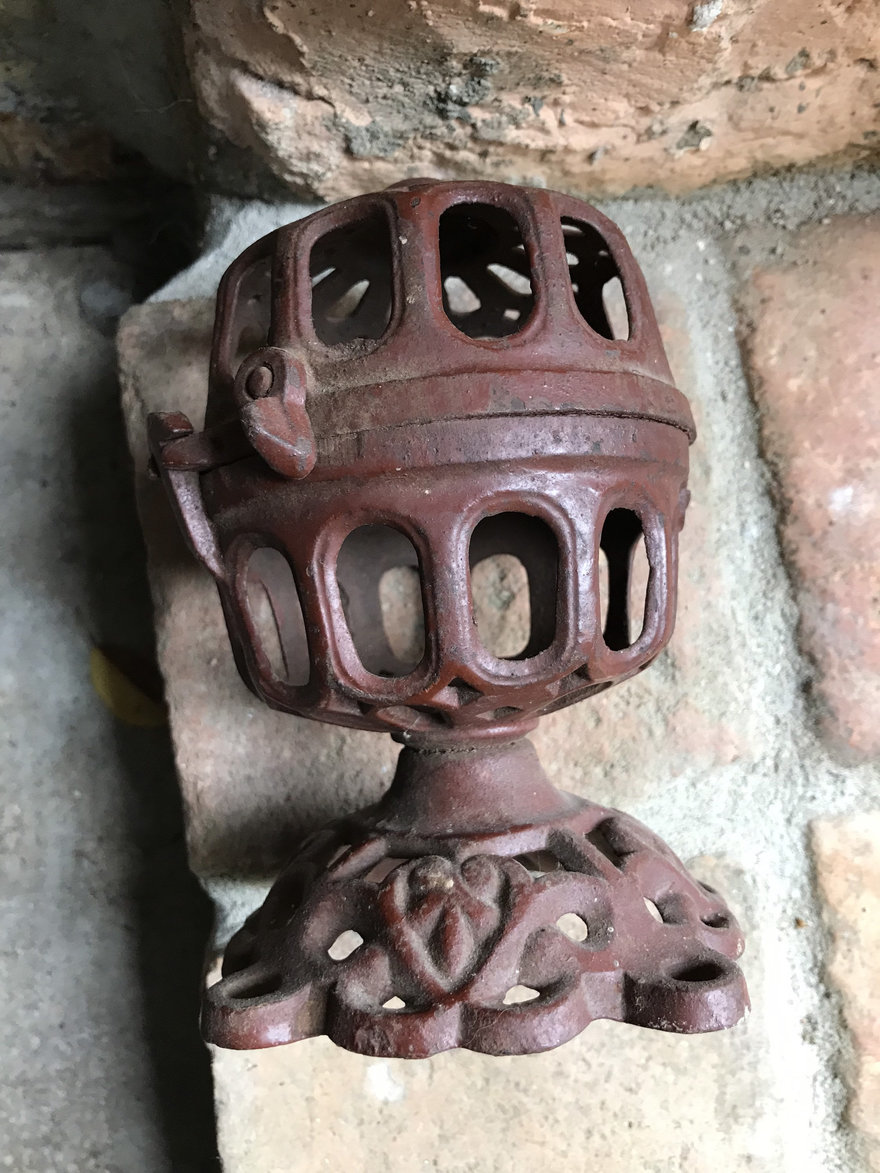 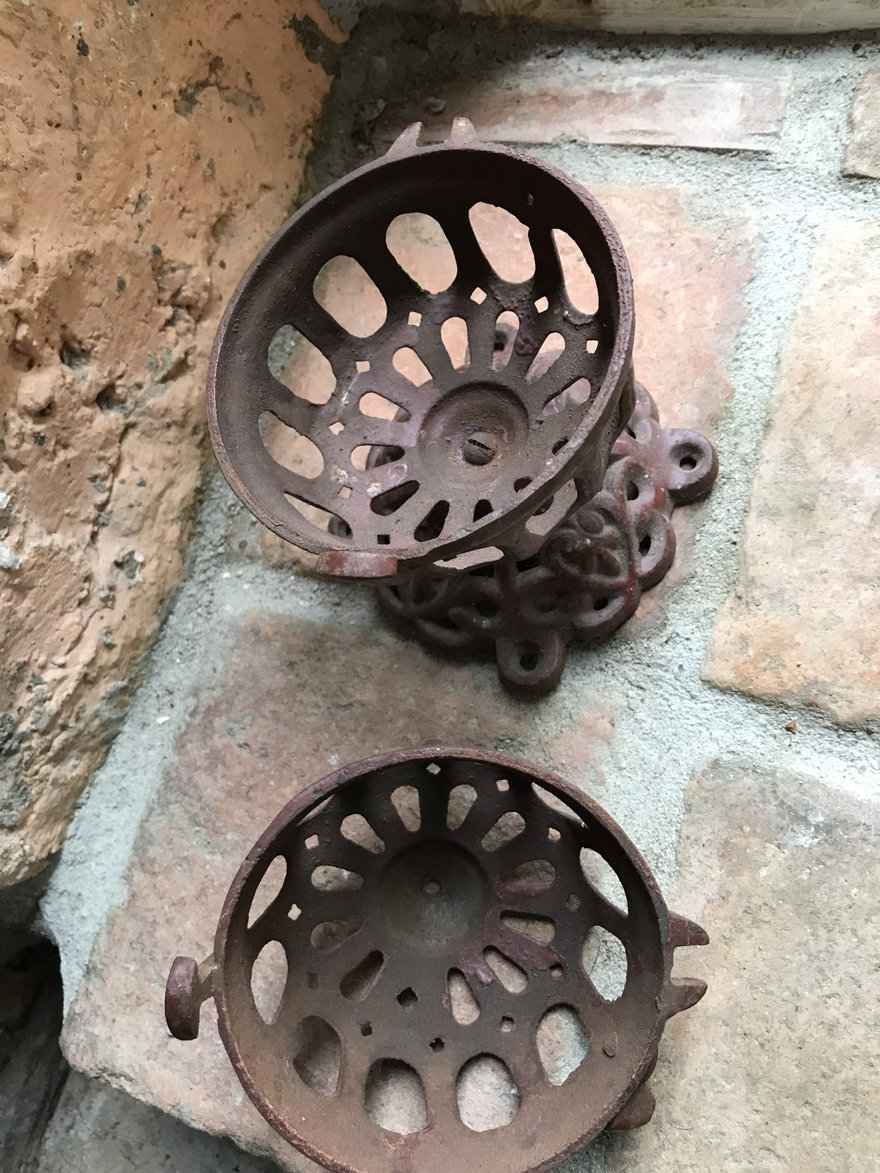 Here's a fancier brass version (origin unknown) where the top locks onto the bottom with a partial twist. 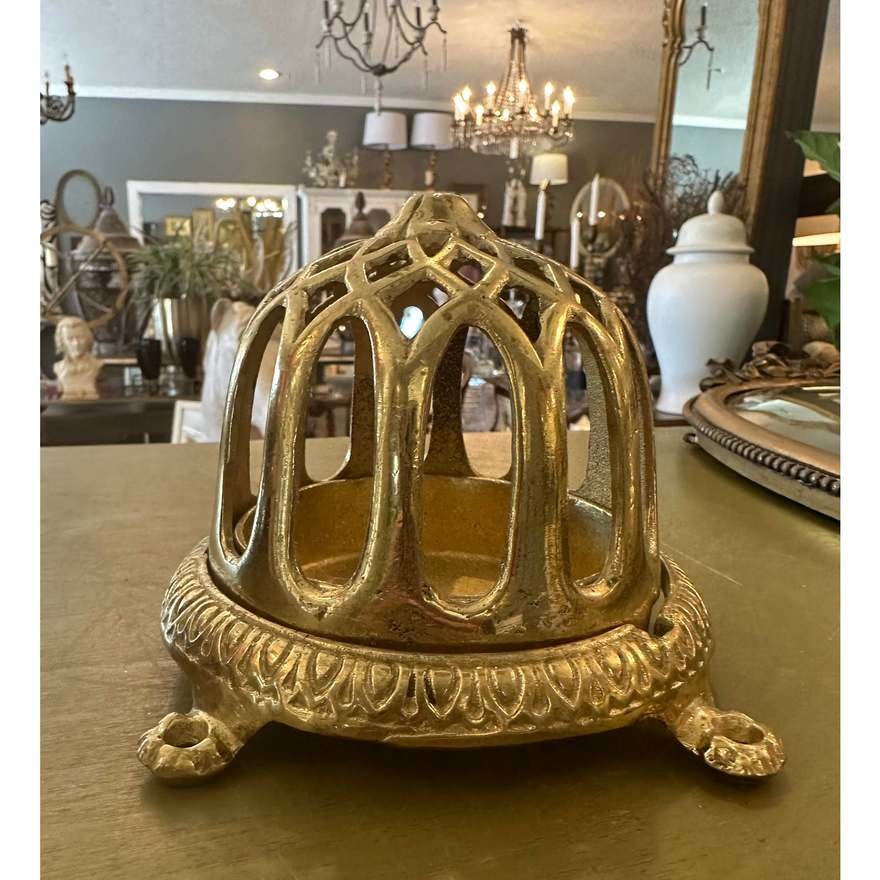 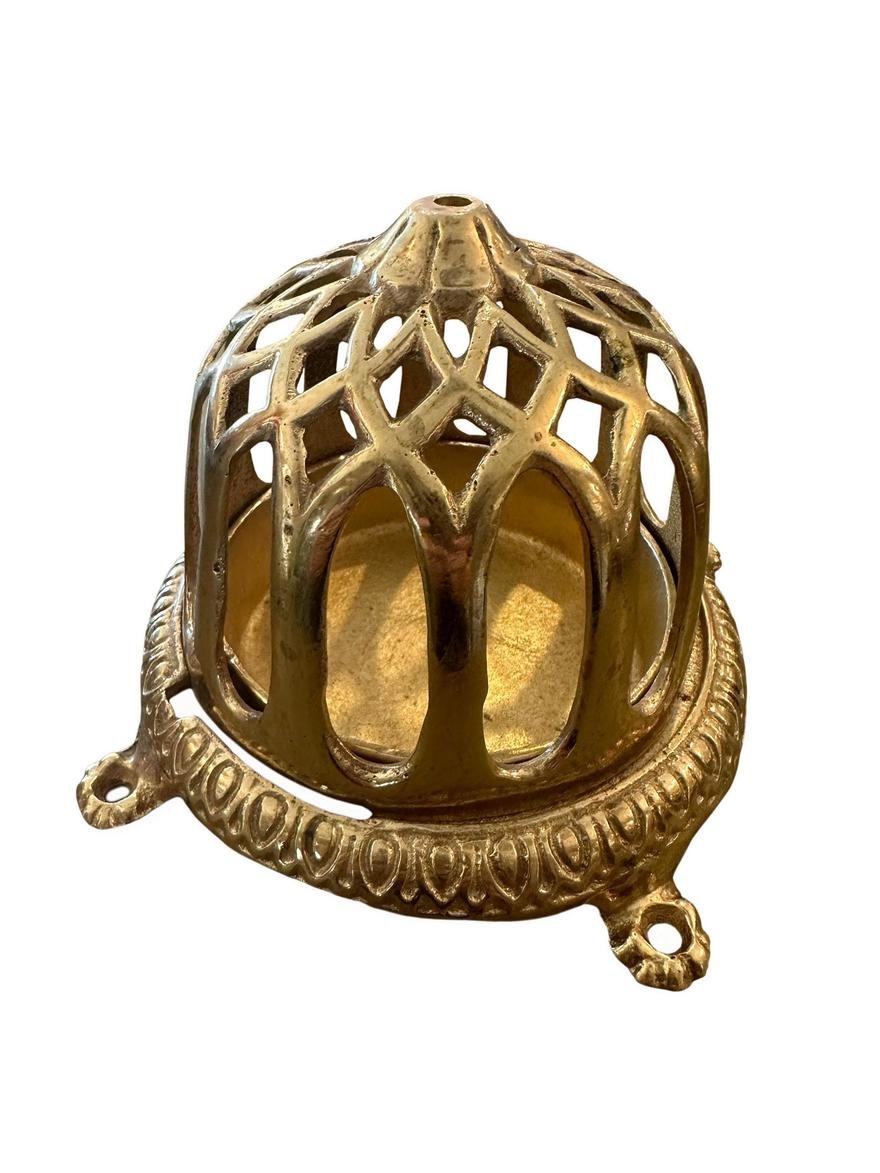 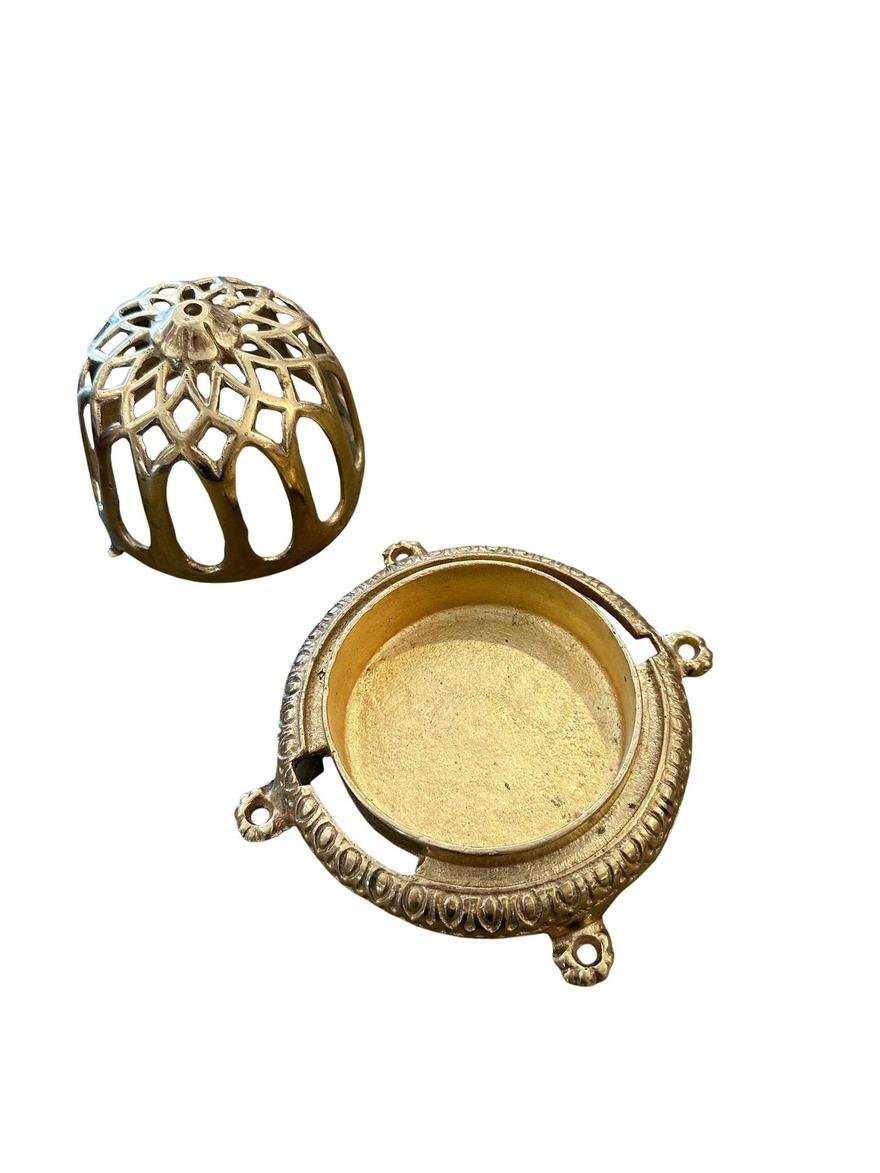 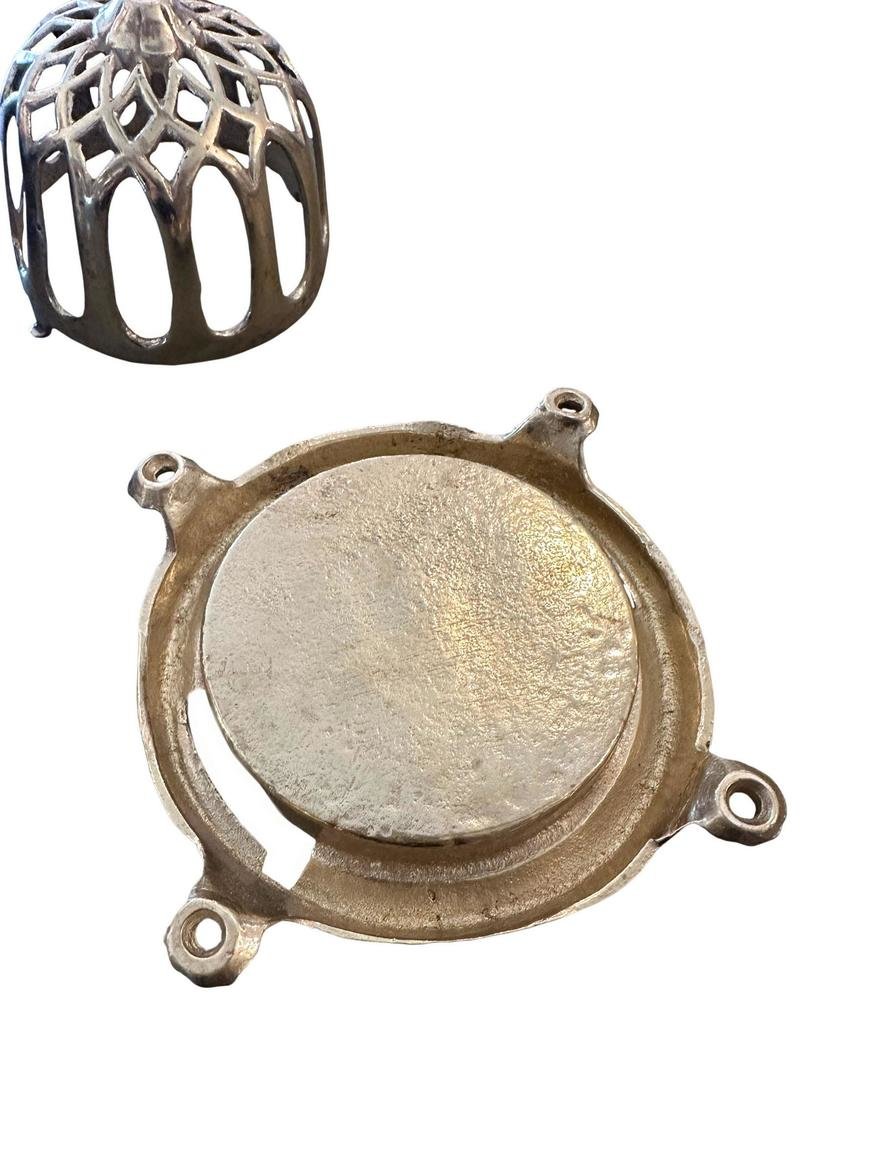 This brass model (origin unknown) is even fancier, but in my opinion, inferior in design; you cannot see the progress of the ball's depletion, and I think that the spherical feet—which provide a smaller contact patch with the worksurface, and thus less friction—would be more inclined to slide when the twine is pulled. 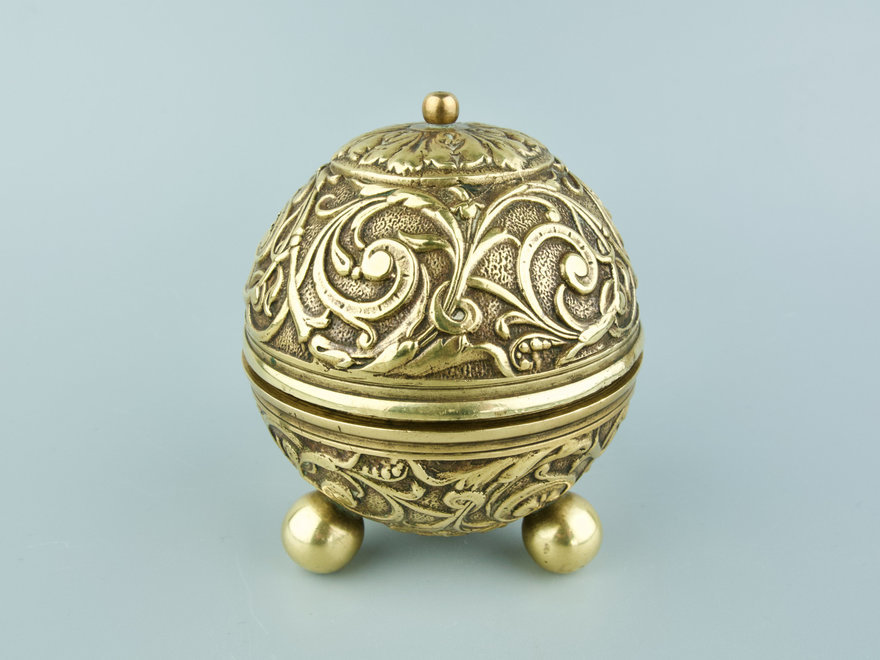 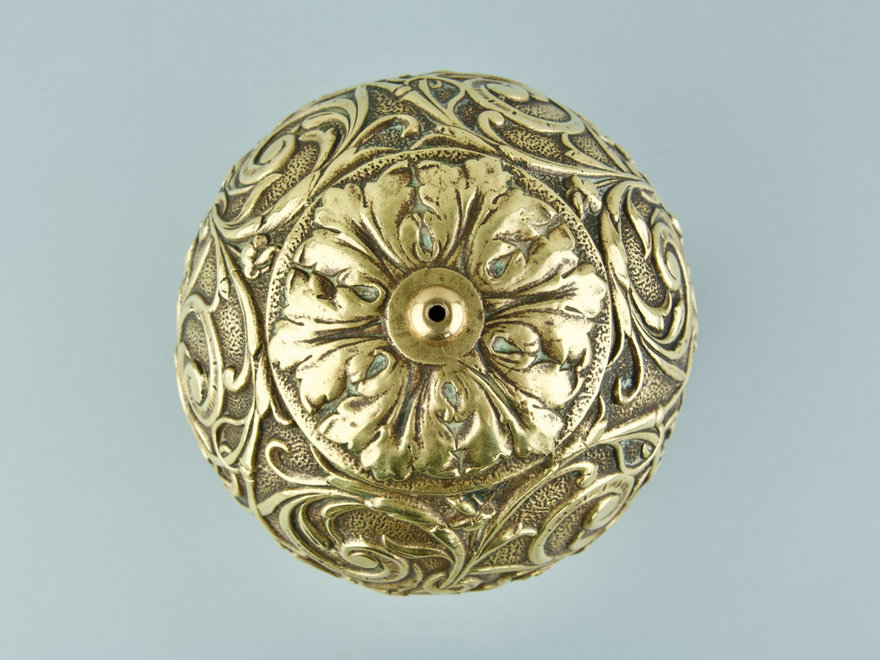 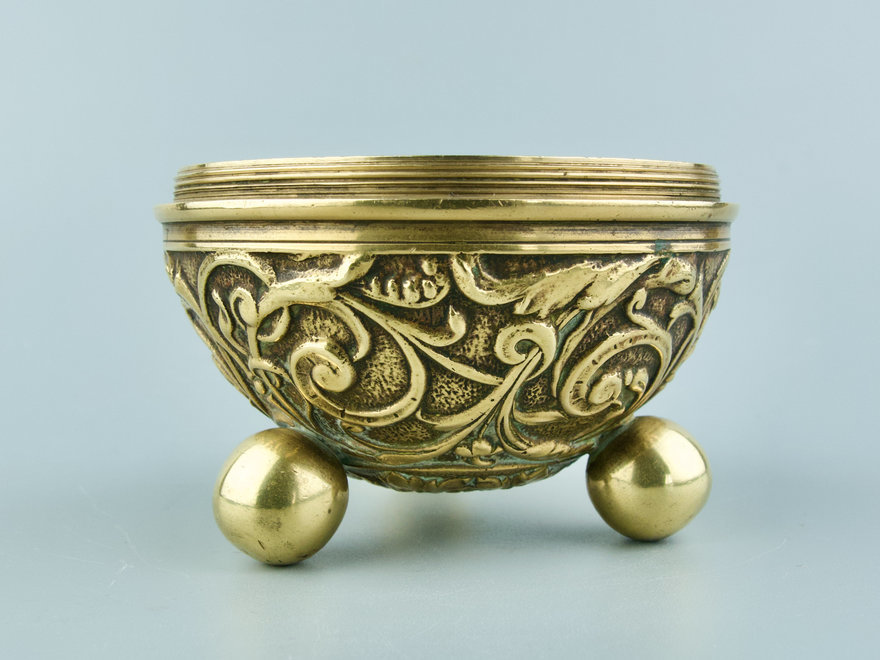 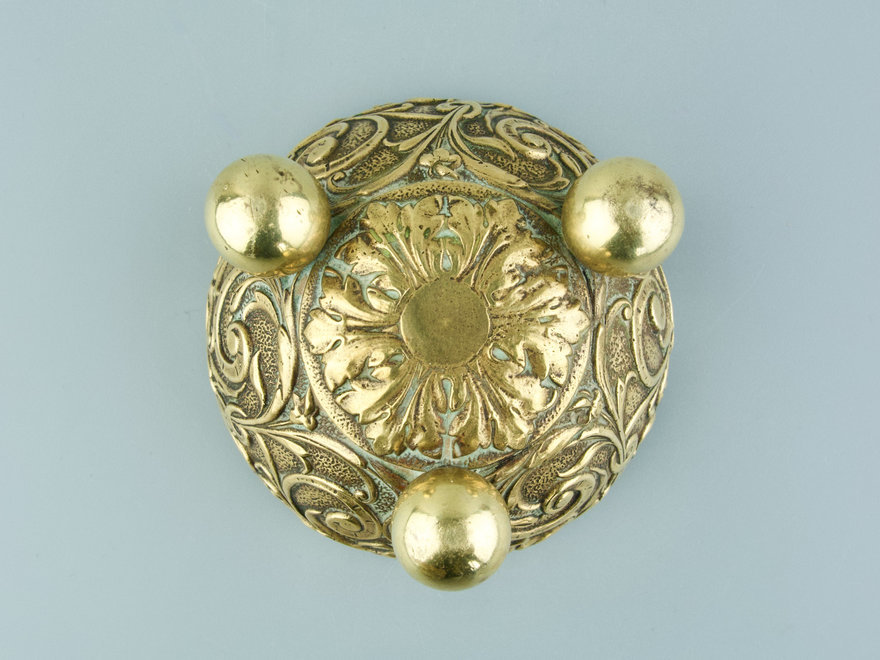 This cast iron model (origin unknown) has no feet at all and is designed only to be hung overhead. Even into the 20th century, you might see models like this hung over the counter of post offices, bakeries, butcher shops, fish markets and other places where packages are wrapped. Having the dispenser overhead kept it out of the way. 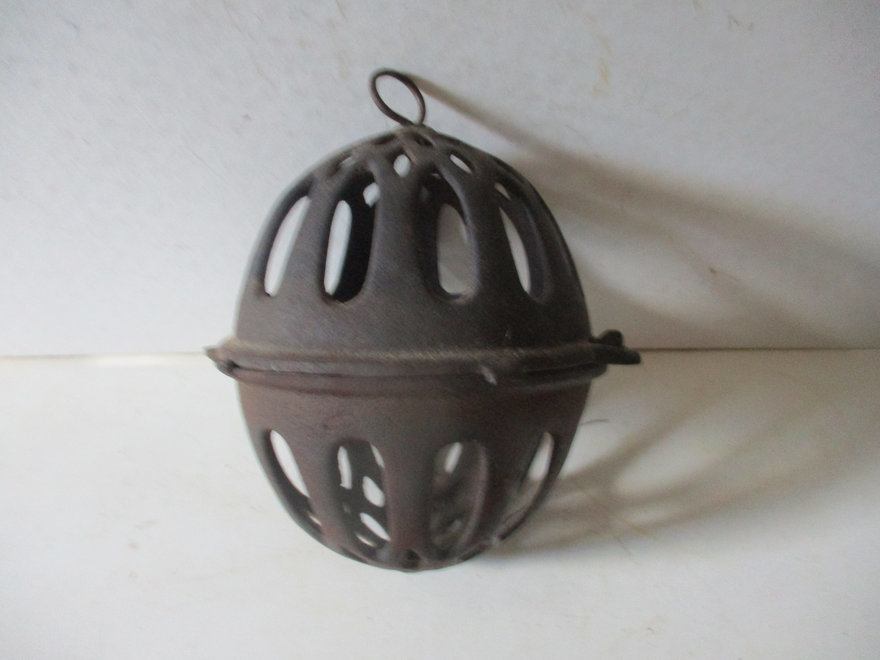 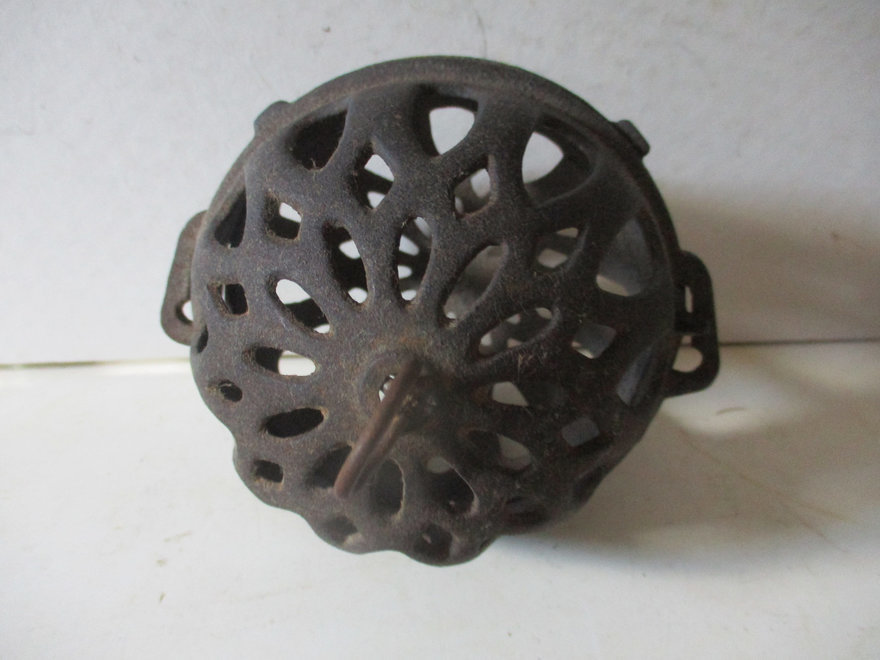 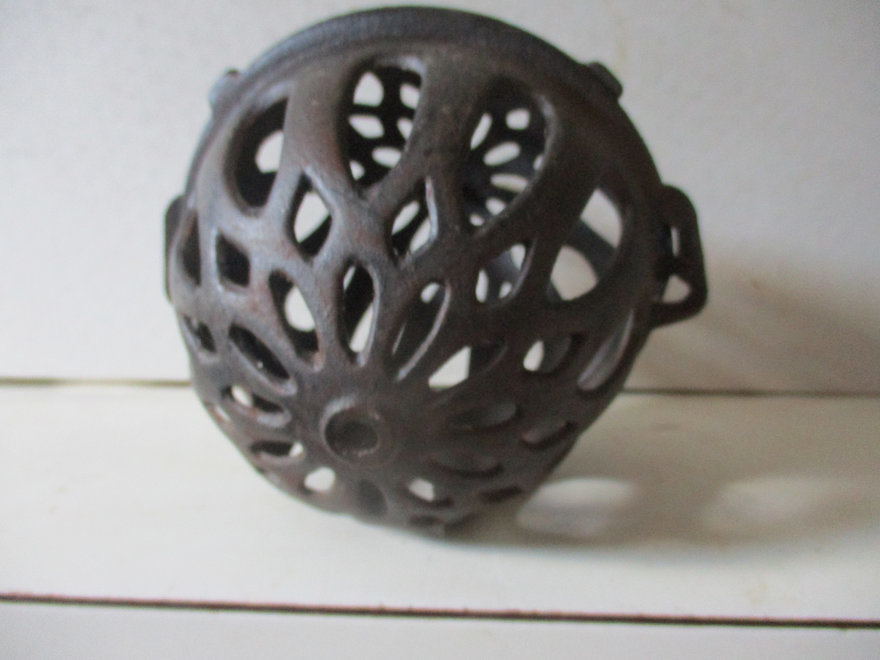 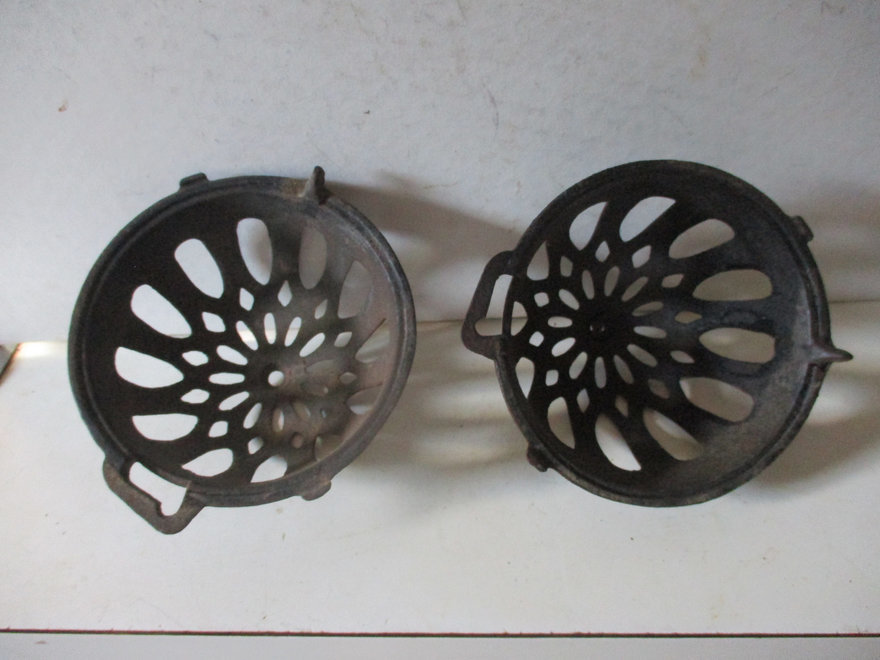 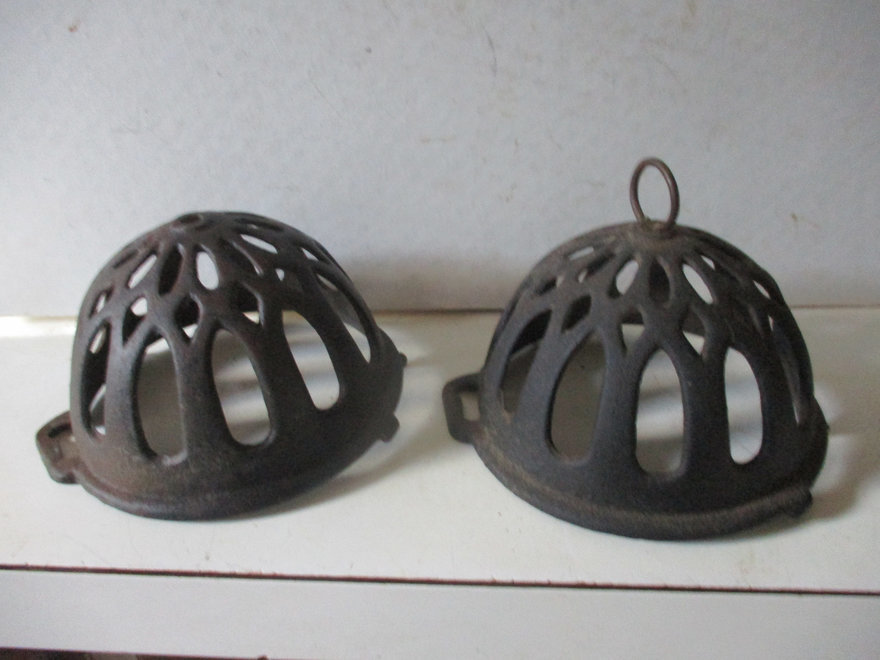 Today Lee Valley makes this handsome replica Victorian String Holder, cast in steel (they reckon a cast iron one would not survive an accidental drop). 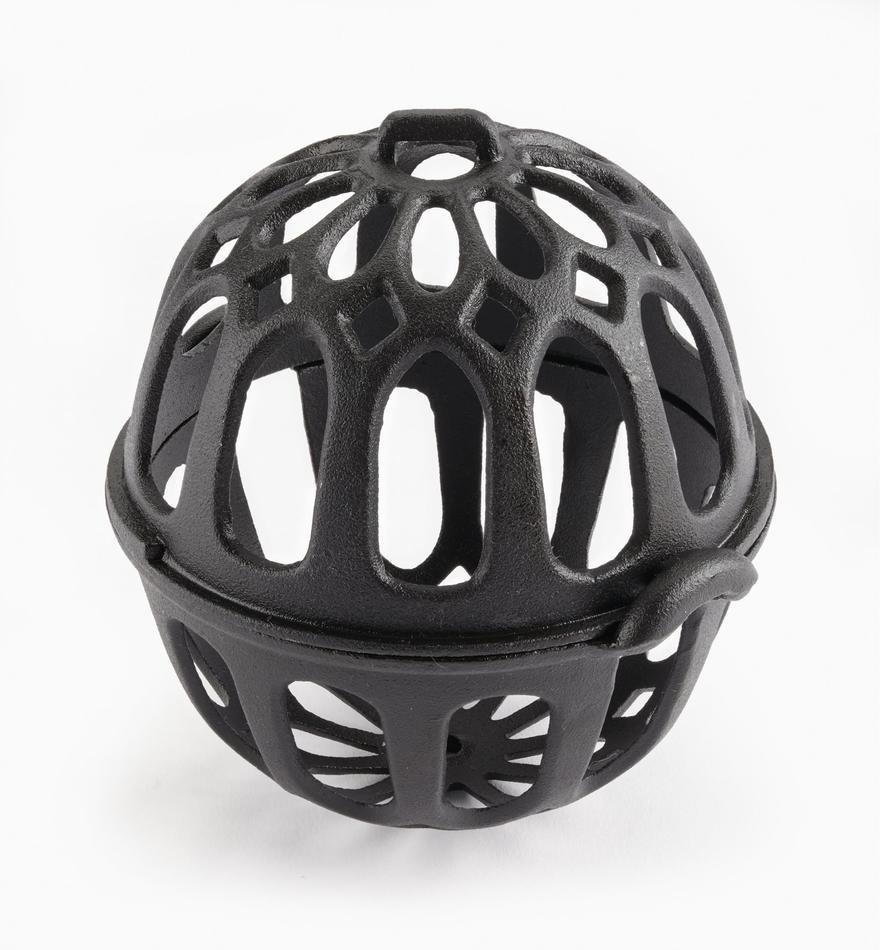 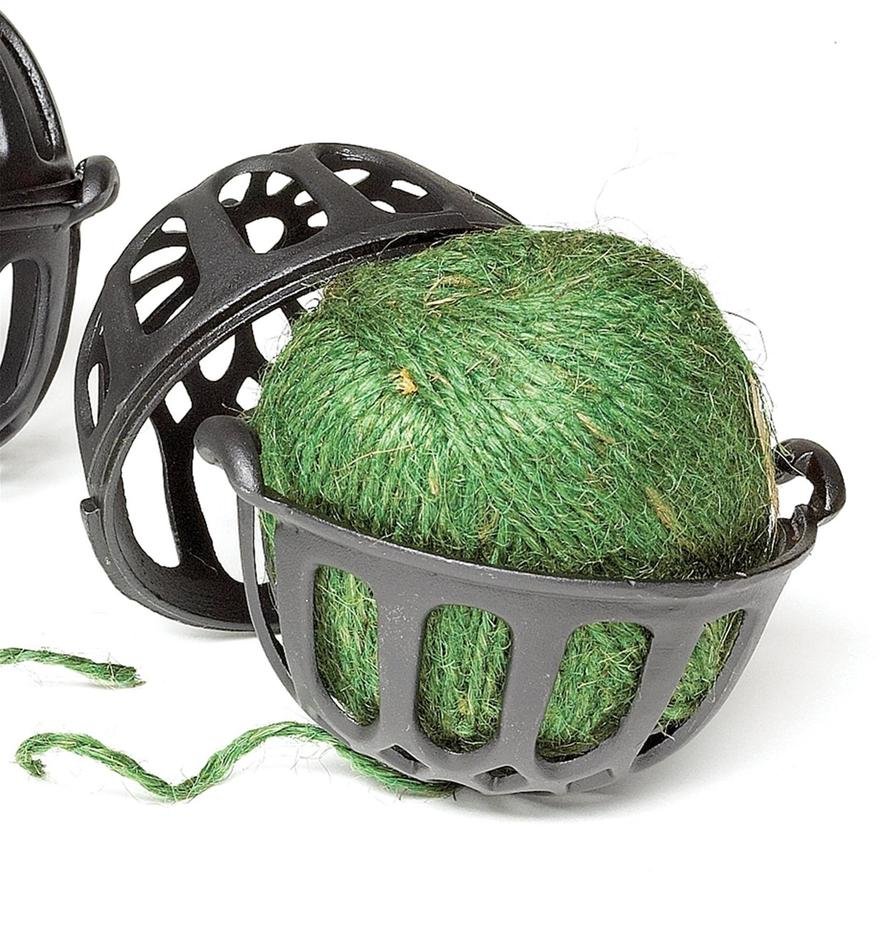 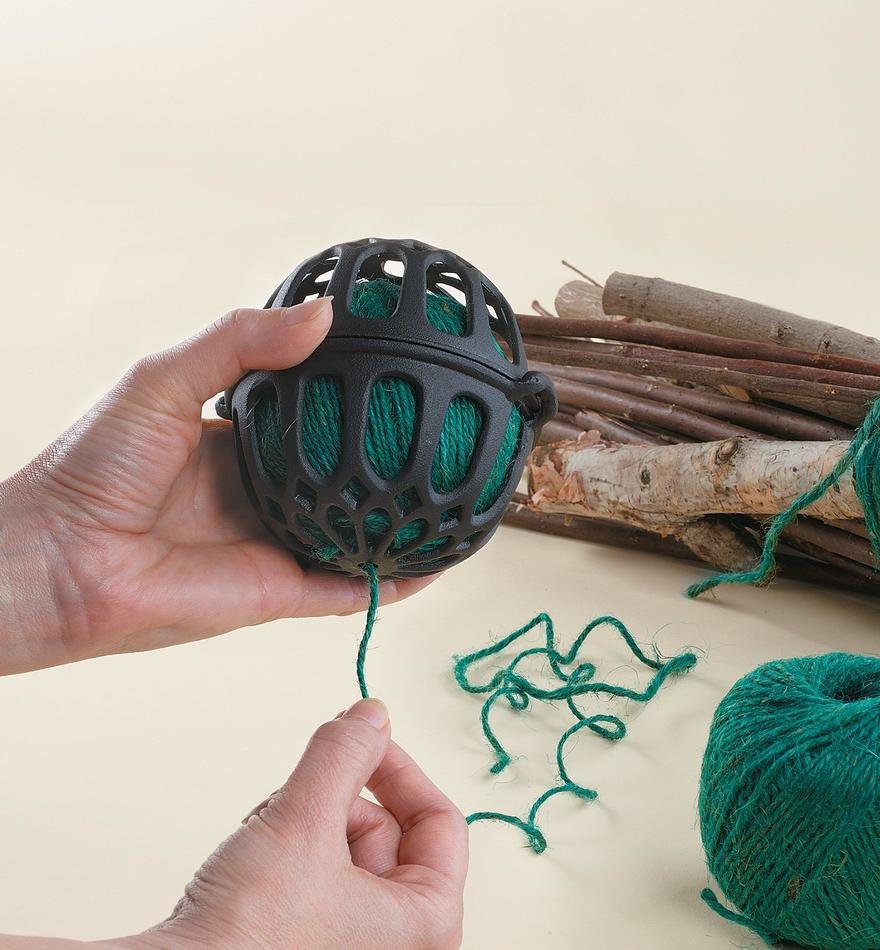 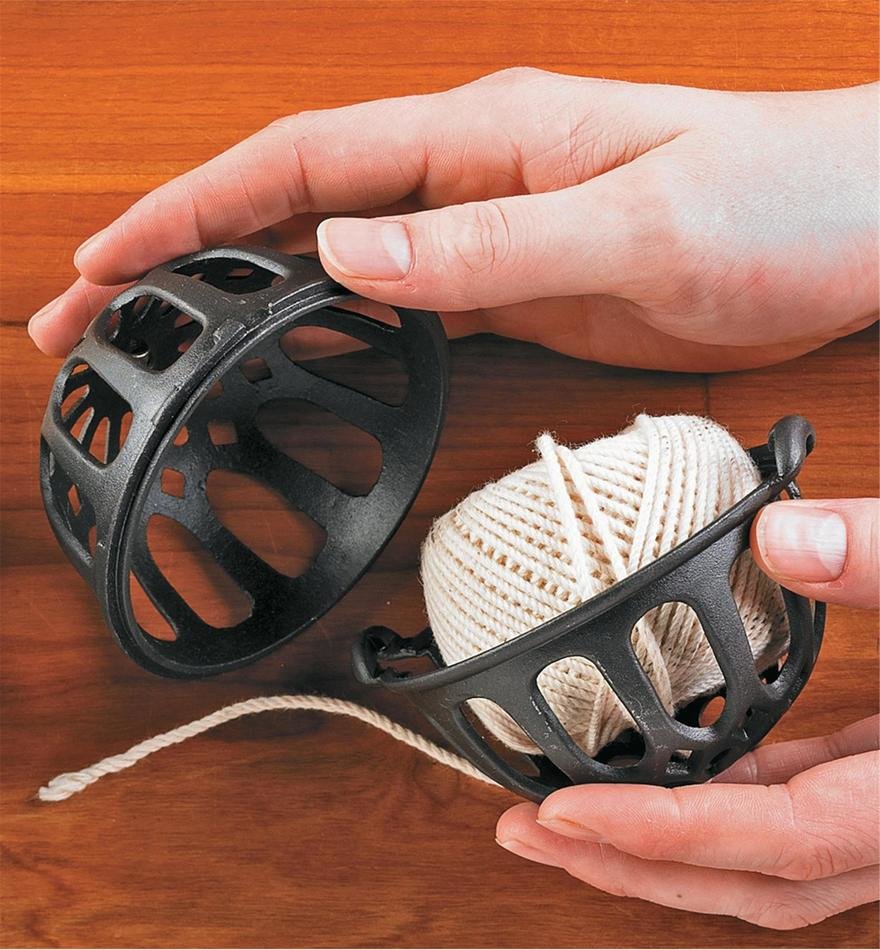 Unlike the antique ones listed above, which often go for eye-watering prices, Lee Valley's modern version runs just $23.80.