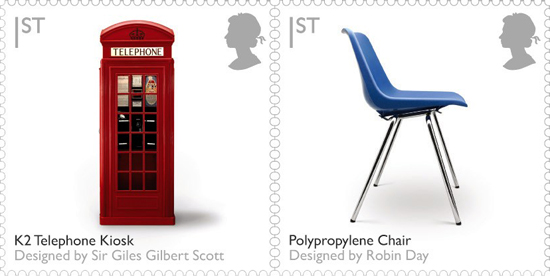 Designed by British studio HGV (they've done three other series for the Royal Mail, all worth a look), the stamps release on January 13th, timed to the Mini's 50th birthday, and the Concorde's 40th.

They're nice and simple to a fault—not nearly as energetic as the designs they feature. Verdict: our Eames stamps still have the Brits licked.

More stamps (and no puns, promise) after the jump.