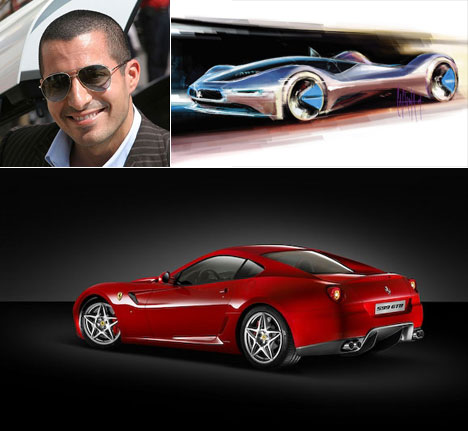 The thought that an American college dropout would ever design a Ferrari--or a Maserati and a Rolls, for that matter--seems totally far-fetched; but for auto designer and Brooklyn native Jason Castriota, it's reality.

Art Center dropout Castriota has had a meteoric career thus far, having held the position of Director of Special Projects at style house Pininfarina, in spite of his young age (he's now only 34!). A Top Gear interview takes a closer look at the designer and discusses his latest gig:

Castriota is...the rare 21st-century industrial designer who can mine a brand's heritage while dodging the "retro" stigma by pushing styling and form forward. Personality helps drive the business side of design, and Castriota has the public affability and brass coglione he'll be needing at his new job. Castriota has just been named Design Director at another legendary Italian firm, Stile Bertone.