Snowboard manufacturers are taking the threat of global warming melting away winter seriously. According to a New York Times article by ex-pro rider Jesse Huffman, many companies have greened up their act. Here's a snippet:

""Snowboarders are attached to the natural world... they are going to be more apt to buy something that he or she feels is ecologically better for the planet." said Alex Warburton, product line manager for Salomon Snowboards of France....

"The snowboard industry is run by a bunch of individuals that are passionate about the sport," said Doug Sanders, a snowboard development manager with K2 of Seattle. Mr. Sanders oversaw the design of K2's Zero board, which minimizes resin by using ultra-high-quality fiberglass and a fabric-based finish instead of a top sheet.

For Mervin Manufacturing, which makes Lib Tech and Gnu-brand snowboards, green has been the standard for more than 20 years. "We came from building snowboards and working in the factory," said Pete Saari, one of the company's co-founders. "We didn't want to be working in a toxic environment and throwing materials away.""

Find out how Burton and other snowboard companies are going green here.

Click below for an insider glimpse into Mervin's environmental story. 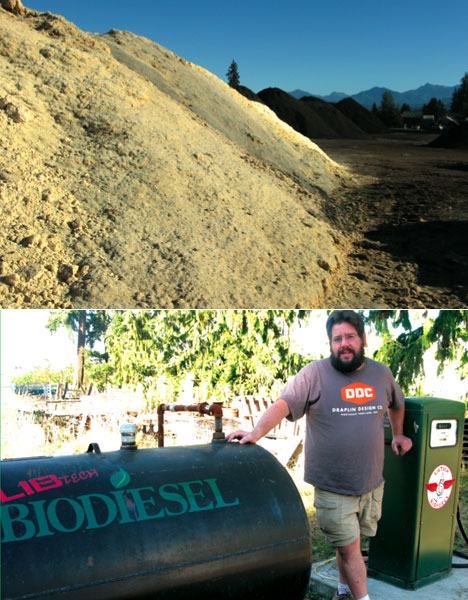 Top: Mervin's wood dust at a soil and compost operation right next door to their headquarters. Bottom: Biodiesel heats Mervin's factory and fills up many employees' cars as well as locals from the community. 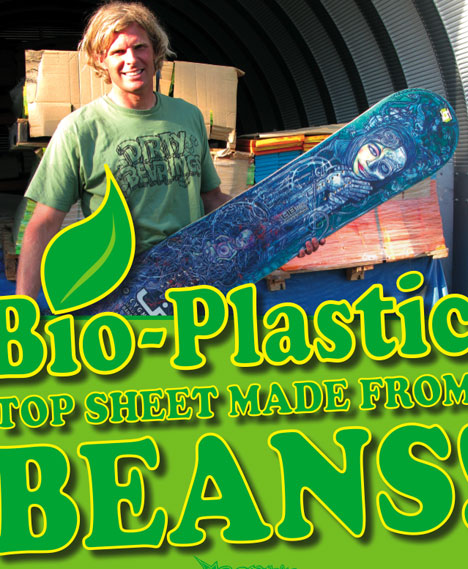 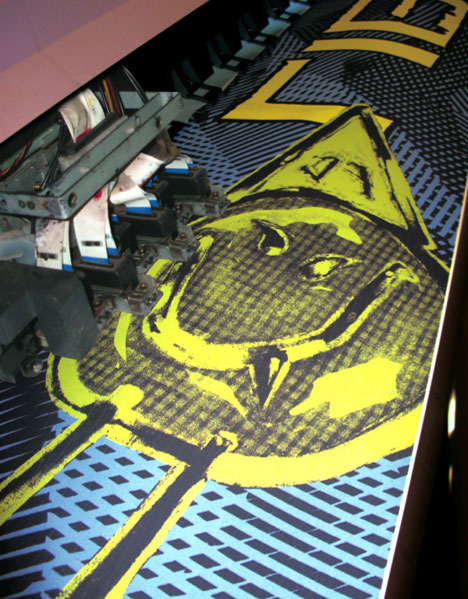 Above: Mervin uses an environmentally friendly water-based ink sublimation graphics system to print all their snowboard graphics! (The majority of the snowboard industry uses toxic solvent-based silk-screen inks with thick solvent-based gloss curtain coats... the process used to print graphics that way is very toxic for the environment and unhealthy for people working in the factory.)