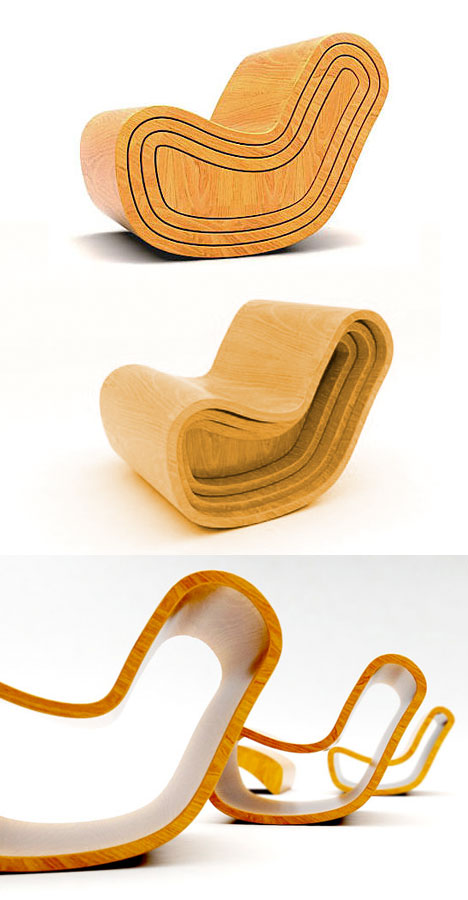 Puur Design Studio's Magic chair is an interesting update on the idea of stackable furniture; the four-chairs-in-one design has more in common with Russian nesting dolls than your average cafeteria stacking seats.

With no visible handholds, we're not sure how easy the chairs would be to remove from one another, but darn if the whole thing doesn't look neat. It would be even cooler if they were all carved from the same piece of wood, though that's probably not practical from a manufacturing point of view.