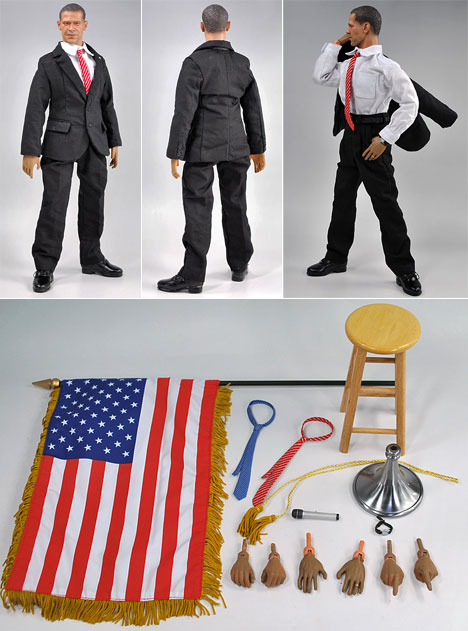 While we could never imagine an American toy designer proposing an action figure of the Japanese Prime Minister, it somehow makes sense the other way around.

Well, as much sense as it could make, in a world where one of the "tools of diplomacy" is a Lightsaber. 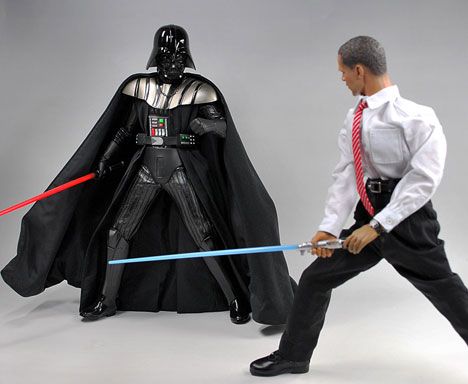 We've avoided putting up some of the more controversial action shots, but those willing to be paid a visit by the Secret Service can click the link to Gamu Toys to see what else they've got the President doing.