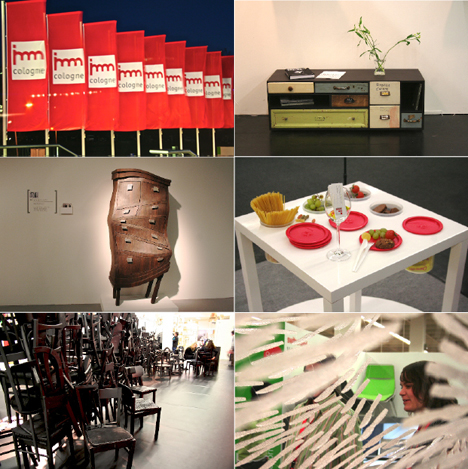 This week the international design posse is gathering at the Cologne International Design Festival in Germany. It consists of two main (unfortunately competing rather than collaborating) events: The IMM Furniture Show and the Passagen - a show program with a great number of exhibitions in galleries, show rooms, bars and shops across the city.

Shown above are from left to right the unique sideboard by Schub Laden Moebelunikate (made from individual found vintage drawers), Ontwerpduo's "What it is it isn't" shelf, playing with the viewers perception (you can look through a provided lens which makes it look all straight) and Kim Ha-Yan's dinner table for singles. 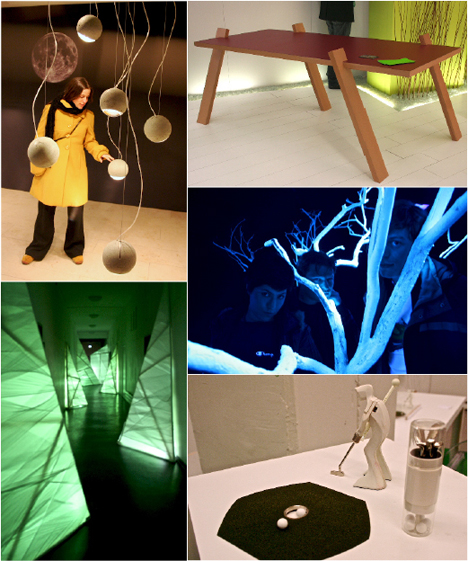 These are the concrete "Trabant" lights by Tecnolumen, a table by an un-named student of the Fachakademie fuer Raum- und Objektdesign Cham, the beautifully lit hallway of the Koeln International School of Design as well as the "Schwarzlicht Bar" (both part of the students' project "Time Machine") and the "Pit Green" Micro-Golf player - a little adult golf toy, inspired by Tip-Kick. On Sunday there will be the Micro-Golf Worldcup, taking place in the fair hall 3.1. 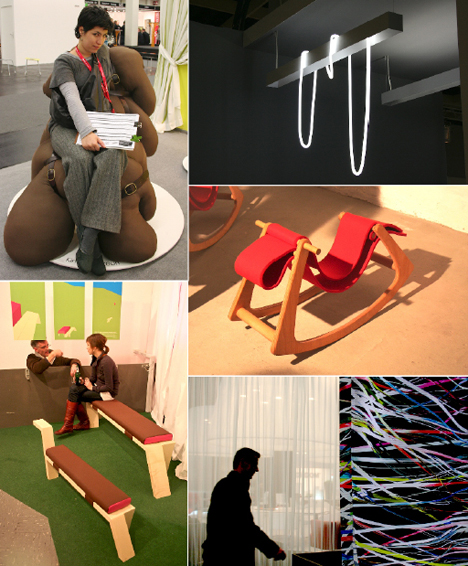