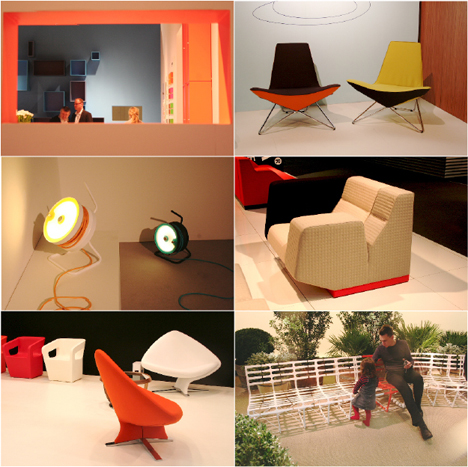 The Cologne Design Festival (existing of the IMM Cologne international furnishing show and the PASSAGEN) is one of the main global meeting places for the international furniture sector - at the today ending 2009 festival over 1,500 exhibitors from 50 countries were present. We had a good look around over the last week and will put up a picture gallery in the next view days. In the meantime here some more impressions of what we spotted on the show on the Rhine river.

Shown above is MYchair (a brainchild of Ben van Berkel/UN Studio and produced by Walter Knoll), CORDULA lamp by Stephanie Jasny (a hybrid of a site lamp and a cable reel), Alfredo Haberlis SERACS modular sofa system for Fredericia (he also designed the fabric and was voted at this fair designer of the year by A&W), the ONE FOR TWO chair by Stefan Heiliger for Tonon and Riccardo Blumers outdoor bench system GISHA for Alias. 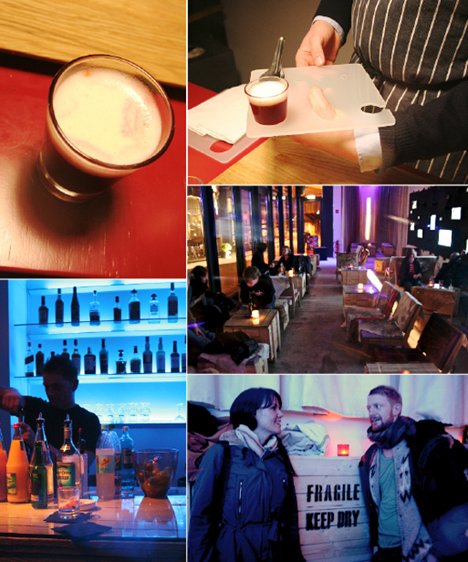 Pictured above is Philipp Demels orgasmic beet root soup with wasabi foam (presented on his CATE tablet designed for serving on stand-up receptions) and the interior of the newly opened KUNSTBAR next to the Cologne cathedral. The bar will invite another designer/artist every year to create a new concept and interior for it. This year it is Arne Quince - and part of his concept is to only serve Belgium beer, which makes this bar probably the only one in Cologne that does not serve Koelsch (the local beer). 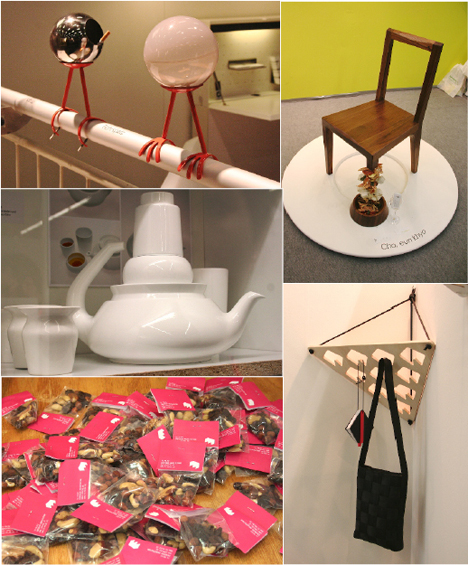 Above is the ROHRSPATZ ashtray by rephorm (to be fixed on the balcony railing for all those banned smokers who have to inhale outside), the PETS PRESENT chair by Eun-Kyo Cho (for properly dining with your dog), the stackable tea tablewear 5PM by Anja Engelbrecht and corner coat hanger by maginwulfstudios.