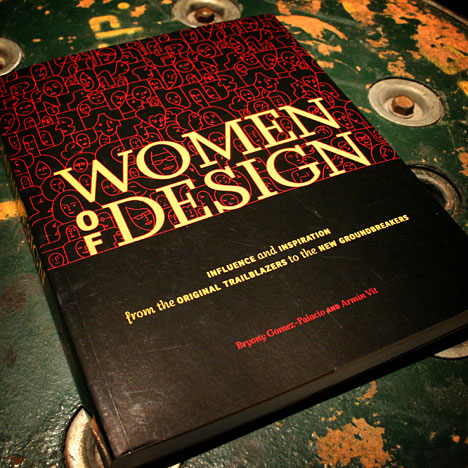 Initially reviewing a book like Women of Design: Influence and Inspiration from the Original Trailblazers to the New Groundbreakers offered trepidation because, well, I'm a man, and I thought my opinion might be suspect. Recently, though, the New York Times Magazine (coincidentally a periodical designed by Janet Froelich, profiled in the book) included a thought-provoking article "What Women Want", by Daniel Bergner, about female sexuality and the very real differences in male and female perception of physical beauty and attractiveness. Early in the article, he quotes Kurt Freund, a pioneering sexologist who said, "How am I to know what it is to be a woman? Who am I to study women, when I am a man?"

I'm happy to report that while perhaps we can admit that while there are profound neuroanatomical differences between men and women and their perceptions of the opposite sex, our graphic design and art seem to be measurable by a common yardstick. The work profiled by Gomez-Palacio and Vit amply demonstrates that women produce graphic design in every way comparable to that of men. Indeed, when comparing the graphic elements introduced by masculine Bauhaus visionaries like Laszlo Moholy-Nagy with the work of Ellen Lupton like Thinking With Type (also profiled here), it's obvious that the more modern work is more scientifically thought out and aesthetically pleasing. Indeed when looking at the work of the designers profiled within, aesthetic trends show more improvement across temporal than gender lines. That said, the employment opportunities offered to the women within do seem to skew towards fashion and housework -- multiple subjects cut their chops at Martha Stewart Living, for example -- though I think that may say more about the workplace than it does about design. Looking at the actual work contained within, I couldn't help but notice that stereotypes about the feminine aesthetic seemed to apply more broadly to the client than the designer, which strongly indicates that the capacity of a designer to produce good work for a client has little to do with gender. 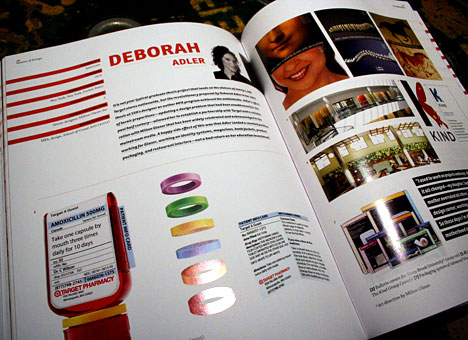 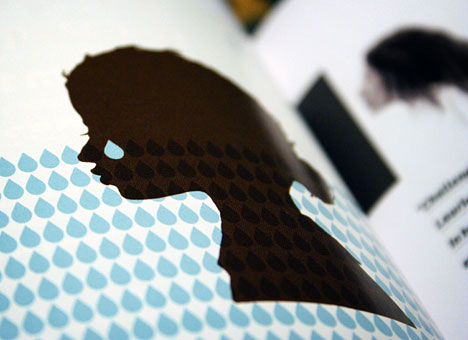 Rather than noticing differences in the design contained within, however, only the stories of the "Trailblazers" profiled and their stories tell the tale of workplace discrimination. Now that female designers like Ellen Lupton have risen to positions of authority in institutions as esteemed as the Cooper-Hewitt and Paola Antonelli shapes exhibits at the MoMa, I can also hope that even workplace issues are beginning to fade. Particularly by the time the reader reaches the end of the work, where Gomez-Palacio and Vit profile the most recent cohort, dubbed "Groundbreakers," I couldn't help but notice that some of the most successful design practitioners in the world were women and I couldn't imagine their gender as a liability anymore. Instead, I would hope that both potential employers (and book reviewers) would focus mostly on the work. Unquestionably, it holds its own; though when combined with a history of workplace discrimination that subtext elevates it to another level. 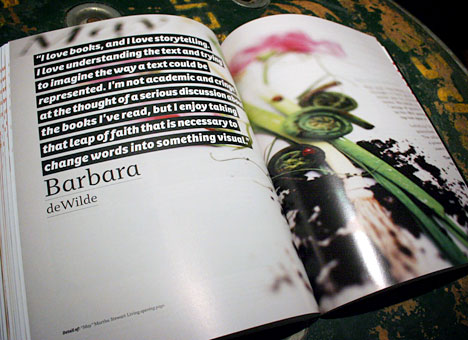