Touchscreen interface: Music to your ears, lightshows for your eyes 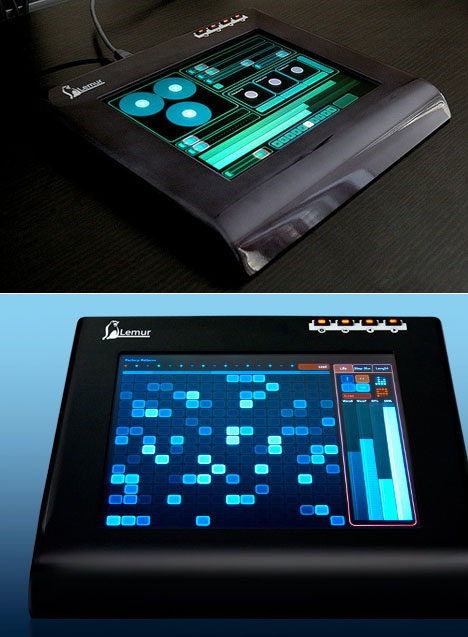 Artists have long been pioneers whose initially kooky-seeming notions later become mainstream; without them we'd probably not have loft living, for instance.

Now a handful of musicians are pioneering the adoption of touchscreen interfaces to execute something more complicated than ATM transactions: Light shows coordinated with music mixes. As digital piracy cuts into CD sales, live concerts have increased in importance for big-ticket musicians. And in an era of overstimulation, a stage and a mic just don't cut it anymore.

Enter the JazzMutant Lemur, a Star-Trek-like device that looks as if it was designed at MIT's Media Lab. The multitouch device controls sequencers, synthesizers, virtual instruments, and lights, giving musicians an absurd amount of control in the form of a little rectangle.

Children of the '70s and '80s may notice that this device looks almost exactly like an "instrument" a musician was playing in the pilot episode of Buck Rogers in the 25th Century:

And Daft Punk, in conjunction it the iTM Midi Lab, have even adapted the software to an iPod Touch:

Lastly, Fast Company has an article on the Lemur here.

Touchscreen interface: Music to your ears, lightshows for your eyes