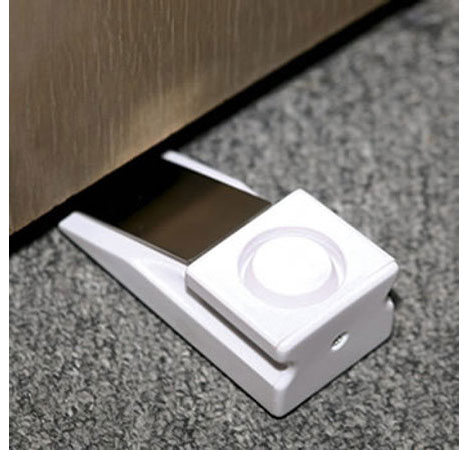 On a backpacking trip across one of the dicier parts of Southeast Asia, I worried about being robbed; every other traveler I talked to had had something stolen from them, often while they were sleeping. So every night before going to sleep in my rented rooms, I spent ten minutes constructing a precariously balanced pyramid of empty beer bottles in front of the door, an improvised burglar alarm I hoped a thief would noisily topple upon entering.

I sure wish I'd had one of these, a Wedge Alarm. The diminutive device is easy to pack, fits under a door and lets out a shrieking alarm when tripped. Beats having to finish three to five beers before bedtime just to build a security system.