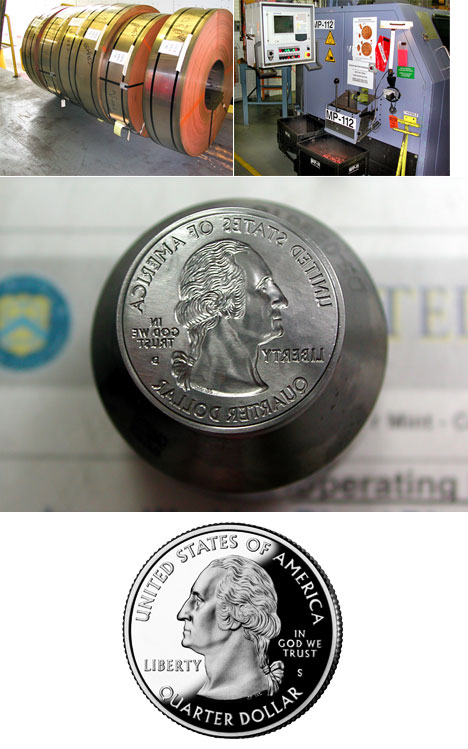 Coining, a type of stamping, is a production method that uses brute force to smash a die into a piece of metal, leaving an imprint. (Kind of like when a ring-wearing Rick James punched Charlie Murphy in the forehead in that "Chappelle Show" sketch.) Coining is how they make coins (duh), military medals, and police badges.

The earliest industrial coining presses looked like this and were powered by large men the size of rhinoceroses: 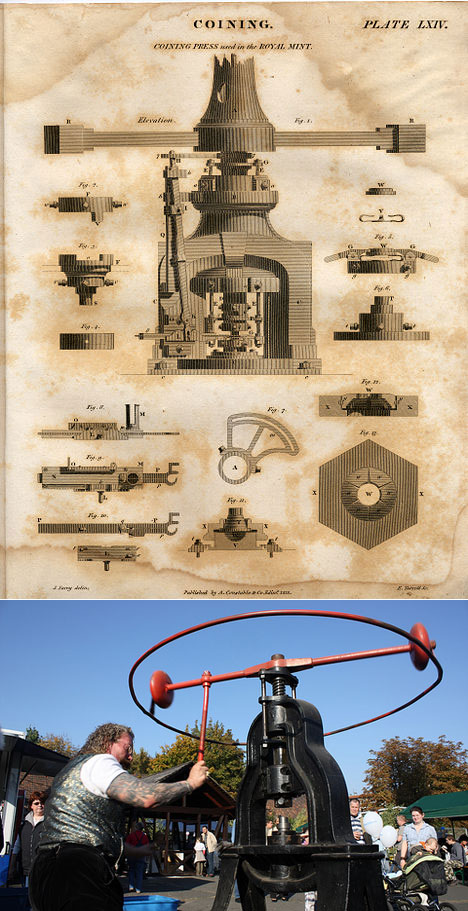 In the late 1800s they were steam-powered and looked like this: 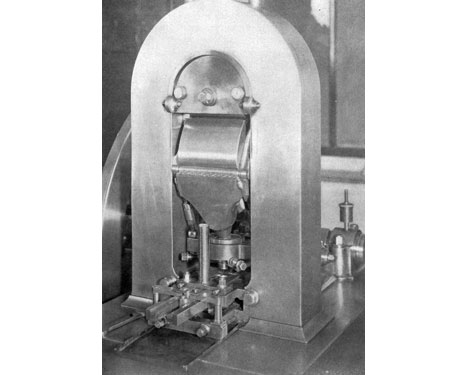 Nowadays the machines look quite different. Hit the jump to see them, along with photos of the entire coining process in action at the Denver Mint. We promise you, it's fascinating! 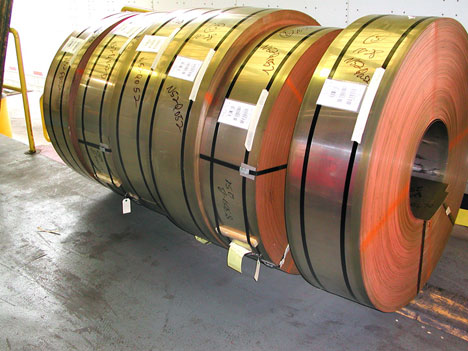 These enormous coils of copper-nickel alloy are about 1,500 feet long and weigh 6,000 pounds. The earliest American settlers carried coils like these around for payment, leading many to think "There's got to be a better way!" 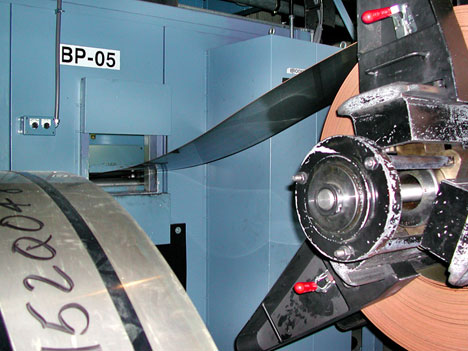 Here the rolls get fed into a press that makes blanks, cleverly named a "blanking press." 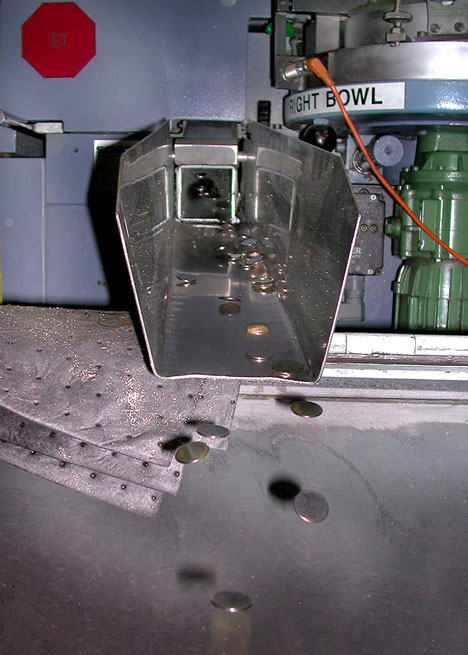 The blanking press spits out the blanks, also called planchets, at a rate of 12,000 per minute. The leftover parts of the sheet are then ground up and baked into pastries fed to unsuspecting factory tour-takers. (Just kidding, they're sent back to the original supplier for recycling.) 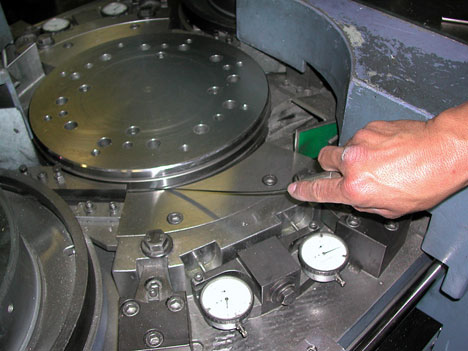 Next the blanks are fed into a special mill that flattens their edges, giving them a rim. 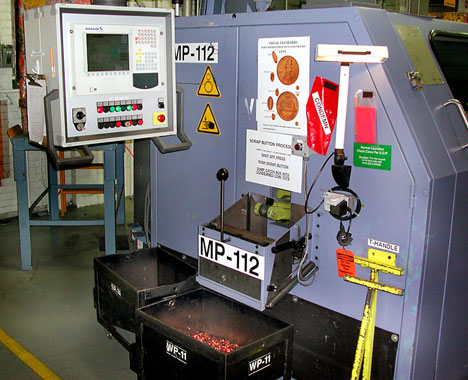 Finally they go into this beast, the actual coining press, for coining, or "striking." 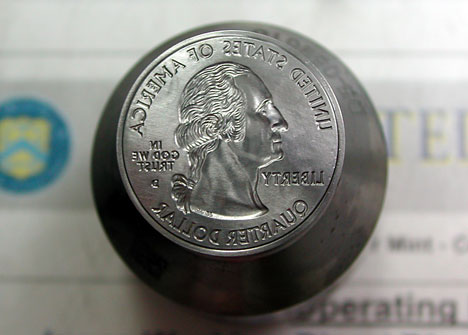 This is a die for quarters... 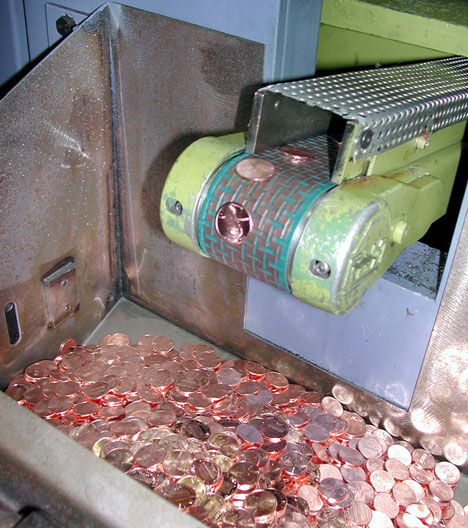 ...but the machine magically transforms the coins into pennies, which is why the U.S. economy like, totally sucks. 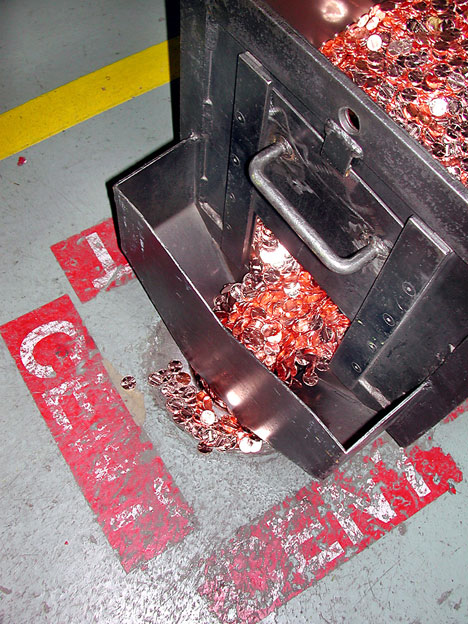 Next the pennies are dumped into a hole in the floor that feeds directly into a counting machine. But some of the pennies are diverted into large burlap sacks, because all of the Mint's employees are paid their full salary in pennies, making it a terrible place to work. 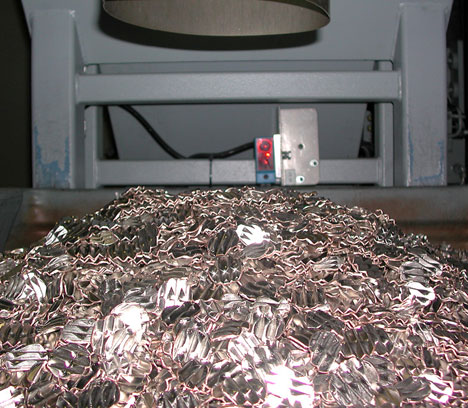 Defective coins are gathered and prepared for shipment to Canada, where special agents will use them to destroy Canada's vending machine, payphone and parking meter infrastructure.

And there you have it!

[All Production Method entries to date]