Interaction 09: LiveScribe Paper Computing System is cooler than it sounds 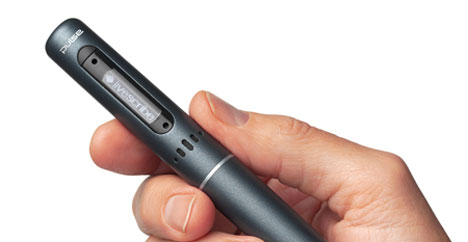 Here's a quick demonstration by IIT Institute of Design professor Tom MacTavish, of the Livescribe digital writing system, a pen-and-paper duo that records audio, remembers what was being said while you were taking notes, and affords some basic computing function in a wholly analog format. If that sounds confusing, just check out the video; MacTavish does a great job of showing it off.

Interaction 09: LiveScribe Paper Computing System is cooler than it sounds