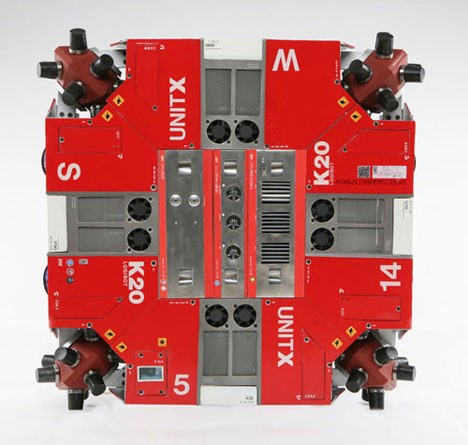 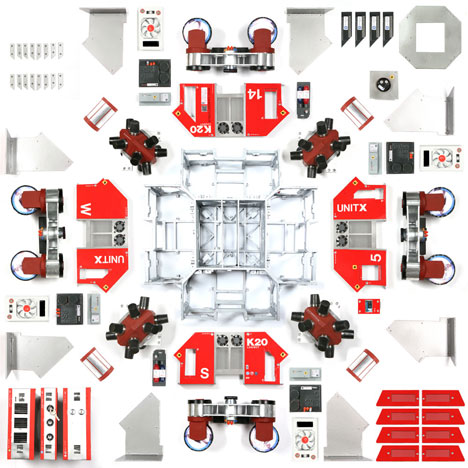 UNITX (united networks international transport exchange) is a concept for the transportation of goods to your house using logibots (pictured) which would travel at speed through a massive network of underground tunnels. You'd be forgiven for thinking this was the work of some 3D rendering kid who's watched one too many high budget sci-fi films, in fact it's a project by Viennese entrepreneur turned artist Michael Marcovicia and author of the book, "The end of EBay".

Marcovici dropped out of school at 17, sold hist first company at 23, spent 3 years globetrotting, founded magazines werk-zeug, a technology and art magazine, and streetfashion, a global fashion snapshot mag. He holds international patents to many ideas ranging from inventions for climbing and bicycle equipment to trading systems and electronic payment systems. His eBay business at it's peak had 80 employees and a turnover of 30 million euros a year—the company went bankrupt in early 2005.

The UNITX project proposes to fundamentally change the way our economy works today.

The logibots are able to transport up to 4 boxes with dimensions of up to 60x60x45 cm. They can travel with a top speed of 50 km/h, not only able to move forward and backward, but also up and down in the corridors. This way, sending and receiving merchandise or items in general becomes much easier. Deliveries will only take 20 minutes on average, no packaging is required, special logibots could offer cooling or freezing services, X-Ray or bomb detection. 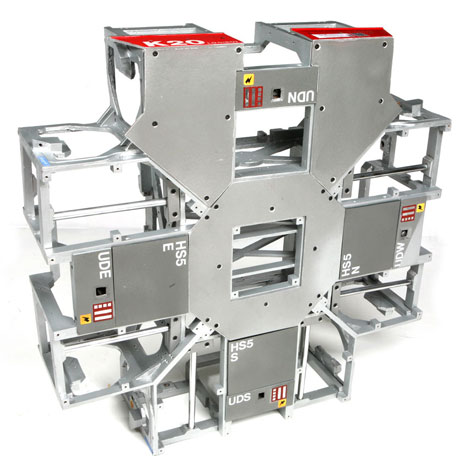 The implementation of UNITX could change the economy dramatically, the repairing and borrowing of goods will be much easier, and logistics and warehousing would undergo fundamental changes as well; also, the relation between producer and customer could be enhanced radically, with UNITX holding potential for a completely new dimension of service on a much more personal and individual level. 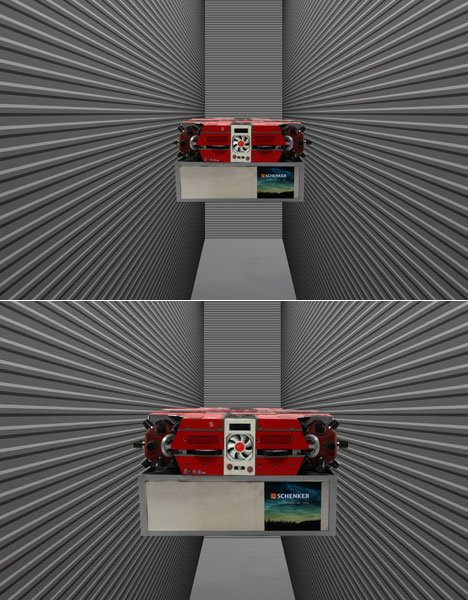 The logibot is supported by an aluminium frame and weighs 84 Kg. The main components are the so called Vclimbs, located on the edges of the Logibot. They enable it to climb up and down in the corridors and hold it in place when traveling horizontally. 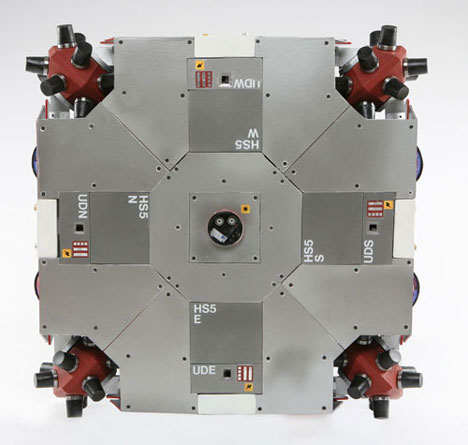 One of the main technological advantages of the system is that there is no technology in the corridors; all moving parts and further technology are comprised in the logibot, and the corridors are merely used for transport and electricity supply. 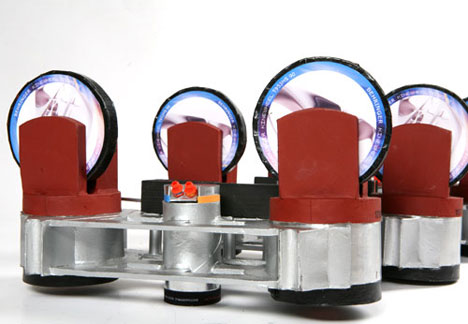 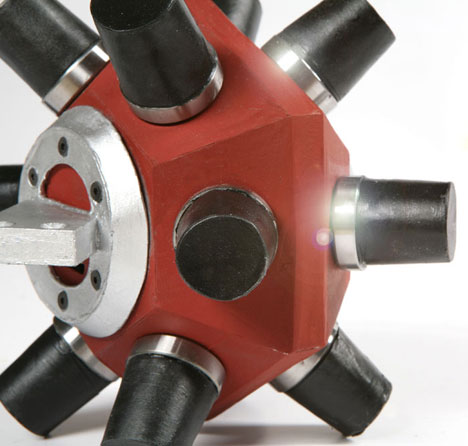