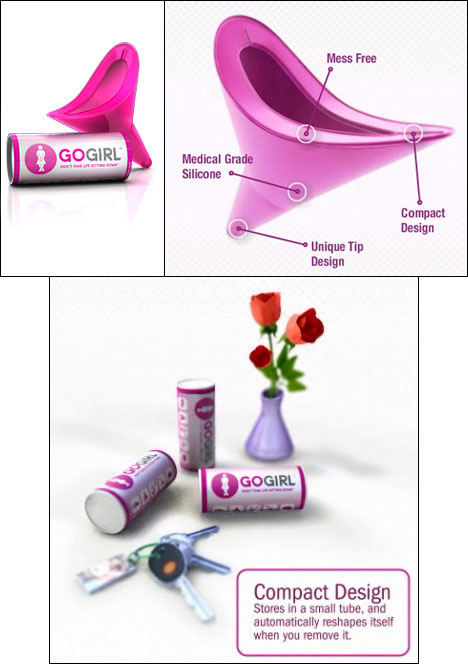 I hate going to bars with co-ed bathrooms, because as a guy I know there's going to be a line where there oughtn't be one.

In fairness to women, they have to undergo a much more complicated process than we guys do. And what about those times when there's no bathroom to be found? We males can go just about anywhere in a pinch.

Thus the arrival of a new product, GoGirl, "the feminine urination device that lets you go anywhere."

Simply put, GoGirl is the way to stand up to crowded, disgusting, distant or non-existent bathrooms. It's a female urination device (sometimes called a FUD) that allows you to pee while standing up. It's neat. It's discrete. It's hygienic.