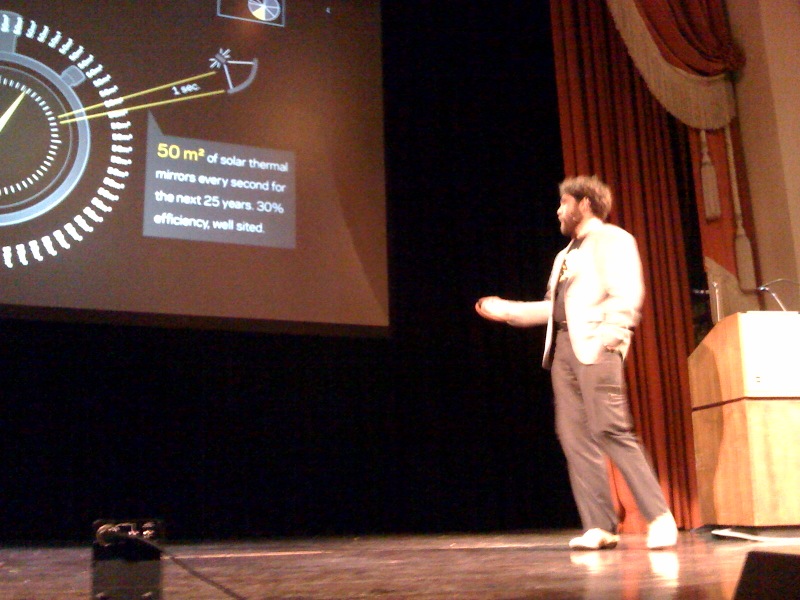 Boy, inventor and wind power advocate Saul Griffith sure knows how to win over his audience. Going against the advice of his graphic designer, he opens by showing this now-famous t-shirt graphic with the motto: "Design Won't Save the World. Go Volunteer at a Soup Kitchen You Pretentious Fuck."

But we soon forgive him because it's all a way to get our attention, as Griffith rocks back and forth on stage, flapping his arms, pointing at facts and figures with a laser pointer. He's going to school us, literally. And he's going to start with some basic education that we might have missed while we were so busy learning about design. This is a man who has invented several products, started several companies, plus he's a certified (MacArthur Foundation) genius, and has multiple degrees in Materials Science and Mechanical Engineering including a Ph.D from MIT in Programmable Assembly and Self Replicating Machines (what does that even mean?). Luckily, he's funny.

Designers need to learn some math. According to his calculations in how energy is measured, you can equate your entire lifestyle into the measurement of burning a lightbulb. A 12,000 watt lifestyle means you can think of yourself as walking around with that many lightbulbs continuously burning behind you, like a human Vegas. Even though Griffith is a fairly sustainable chap, his 2007 life was 18,000 watts. 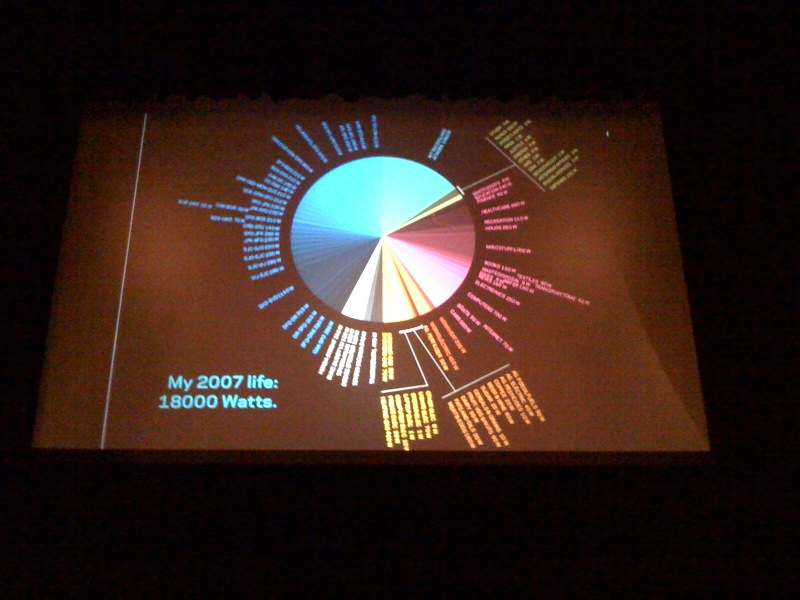 He shows his life as a pie chart of wattage consumption. The pink part is everything that he uses that's designed. (Your fault, he says.) The hard truth about this chart: "I am a planet fucker. If you are in this room, you're a planet fucker, too." We average about a 11,400-watt lifestyle here in North America. If you actually loaded up a backpack in the morning with all the energy you needed throughout a day, it would be over 100 pounds of multiple fuels.

The problem lies in the fact that building all this infrastructure just to get to the green revolution will actually still be adding impact to the planet. Renewistan, the country he's invented just to contain all these new green energy industries, will need to be the seventh largest country in the world in order to have enough space to produce 10-20 terra-watts of clean power.

However, it turns out we already have an energy consumption regulation program: It's called a recession. Historically, when the economy goes down, so does our energy use. That's the best worst news I've heard all day.

Designers in the future will choose their clients based on the different problems associated with each degree of rising temperature: species lost, people faces water shortages, border disputes, entire cities and populations lost to rising sea levels. Kids, these are your new clients. But before it gets that bad, your role is to simply to design solutions to make people want to use less energy and make it easier for them to do so. Just take one slice of and figure out how to make it more enjoyable and functional at a fraction of the impact, make it lighter, make it more efficient or make it last longer.

In other words, you better start getting comfortable with numbers and analysis. 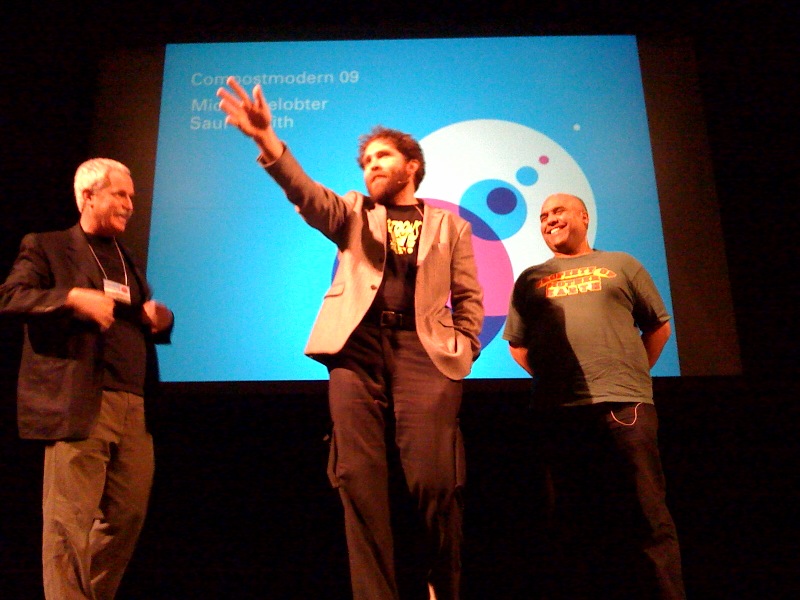 During the Q&A with Gelobter and Griffith, they offer some great optimism after calling out the audience for being fellow planet fuckers. "Planet lovers," Gelobter corrects with a laugh. Griffith says there are enough consumers, bloggers and keen eyeballs out there to call out the all the greenwashing right away. But then someone asks a question about the changing client-designer relationship in light of the fact that you might tell them not to make something. "Your client is not the client anymore," Griffith scolds. "The planet is the client." Which means you might have to change the expectations about your career: You're not going to do 64 blockbuster products. Maybe you just make one?