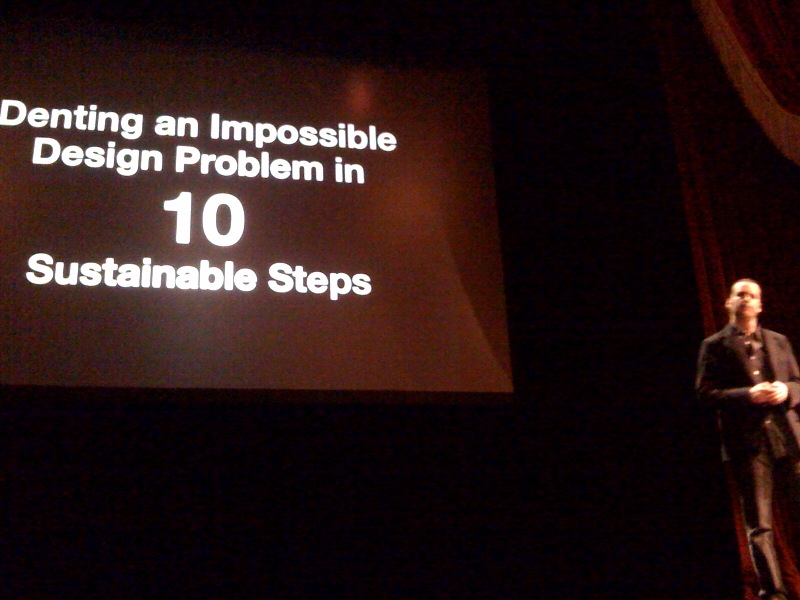 In case you can't see in that slide up there, Allan Chochinov is going to talk about Denting an Impossible Design Problem in 10 Sustainable Steps, something he did with a group of graduate students at the SVA MFA Designer as Author program (coincidentally, our dear Allan was recently interviewed by the chair of that program, the great Steven Heller, over at AIGA: "To Design or Not to Design").

Allan starts the talk the way he always starts his talks: With a nice overview of CRAP. All that awesomely-horrible crap that designers are making like a "banana slicer," and a paper towel holder where the packaging exceeds the volume of the actual product, and Zebo, where you're defined by answering the question "what do you own?" Designers exercise the right to just create whatever CRAP they want because people will ultimately buy it. Designers think they're in the artifact business, says Allan, but they're not, they're in the consequence business. And he came up with a checklist that every designer should consider. And here's the list: 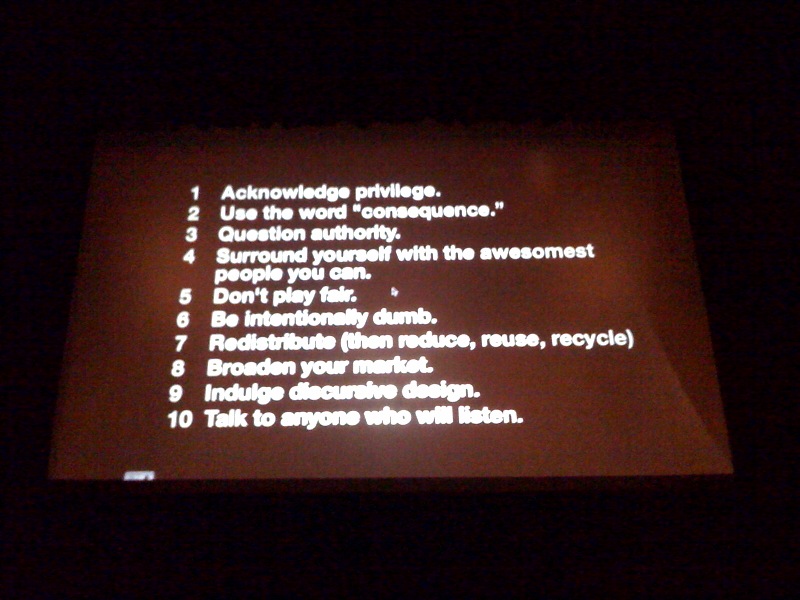 1. Acknowledge privilege: Being a designer does not give you the right to be a CRAP maker 2. Use the word "consequence": Talk about the implications of your actions 3. Question authority: Don't wait for permission 4. Surround yourself with the awesomest people you can: Go to parties, drink wine, make friends 5. Don't play fair: If making something gorgeous will get your clients on board, do it 6. Be intentionally dumb: Start with the most obvious and ridiculous solutions 7. Redistribute (then reduce reuse and recycle): Find materials that are already out there first 8. Broaden your market: Think beyond your audience 9. indulge discursive design: Do something that's wildly inappropriate 10 Talk to anyone who will listen: Get the word out 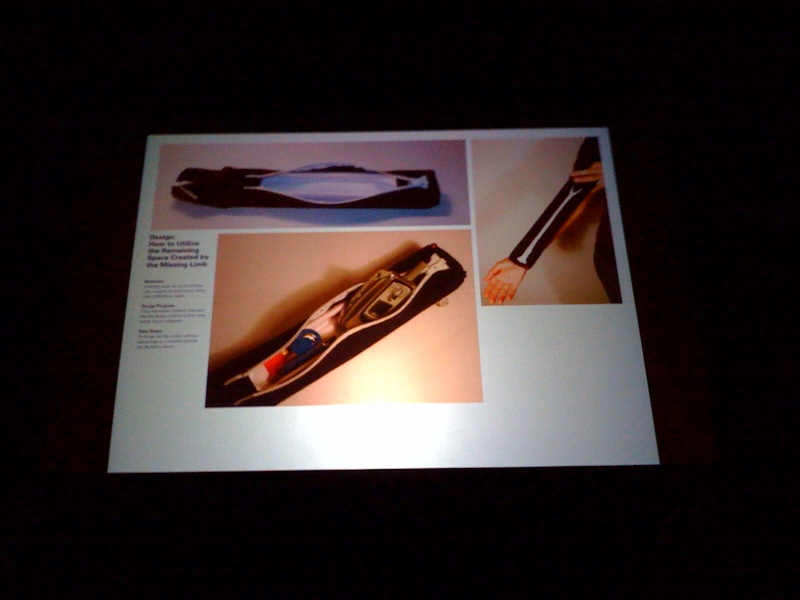 Maybe we can convince Allan to post some of the student solutions because my words won't do them justice. They were incredibly thoughtful and visually impressive. Some students made jewelry or fashion pieces that helped make the transition from stump to prosthesis. Another designed campaigns to allocate money from the sales of gloves towards prosthetic advocacy. One used the kids' toy Toobers and Zots to make a new arm more like a cool toy. A student solved the problem of putting on button-down shirts with elastic-stitched buttons. There were arms with perches for birds built into them and the above example of turning the arms into cargo sleeves for storage. Jackets that told the story about how people lost their limbs in graphics on the sleeves. One student even made hands from clay into a meditation kit so amputees can play with hands. 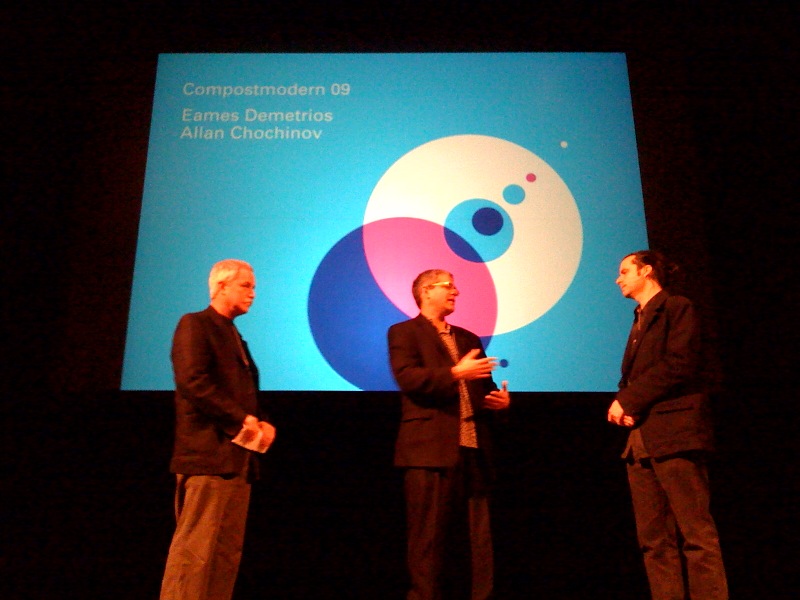 During the Q&A, Eames and Allan (doesn't that sound like some kind of sustainable furniture manufacturing company?) both agreed on one very important rule #11: Clients don't really know what they need so you gotta be pushy! "Every company needs a skunkworks," says Demetrios, which leads me to sheepishly head over to Google because I have to admit I don't know what it is. And what a great word it is! "A group of people who, in order to achieve unusual results, work on a project in a way that is outside the usual rules."

And speaking of skunkworks, will you check out Twitter tag #cm09? Lots of great little tidbits over there I might not have typed because I was busy typing something else. Like this.