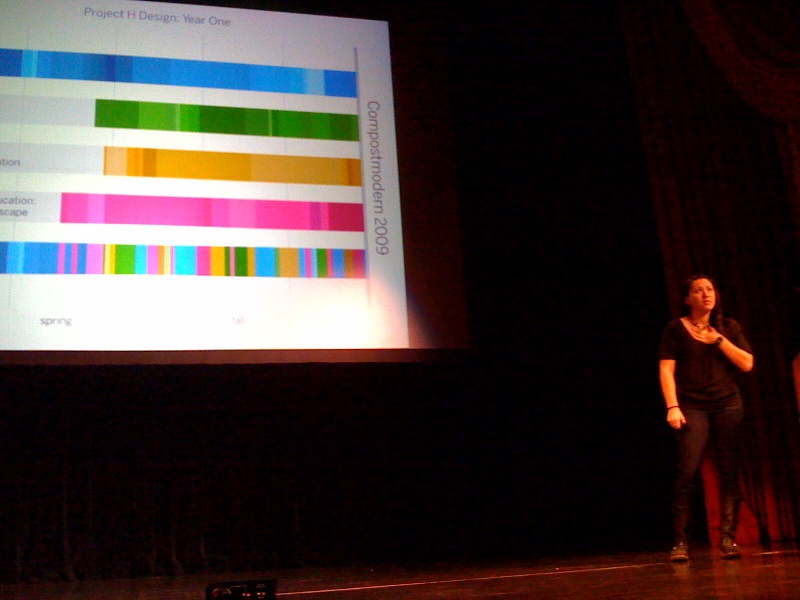 Last year, at the wise old age of 26, Emily Pilloton founded Project H just before the last Compostmodern. With a $400 loan from her parents and a network of people she knew from being an editor at Inhabitat, she had no idea what she was doing except for one thing she was sure of more than anything: After being trained as an architect and working as an industrial designer, she got fed up with design in the traditional sense and vowed to focus on design that improved Humanity, Habitats, Health, and Happiness.

Her first task was that she wanted to fund and deliver 75 Hippo Rollers (hence the 'H'), a water transporting device, to a South African community. But at $90 per unit, she realized it was inefficient to ship and quite expensive for a hunk of plastic. So with a newly-formed San Francisco chapter of Project H, she partnered with Engineers Without Borders to help design and build a better Hippo Roller. They came up with a design that could be stacked together, but it wasn't necessarily more sustainable. Sometimes what you're designing is more important than how you're designing it, she says, so the social impact way out weighed the need for, say, using completely recycled materials. Project H in the meantime has seen a chapter in Austin working with a foster care program, and an LA chapter working with a homeless shelter to put women to work making textile-based products. 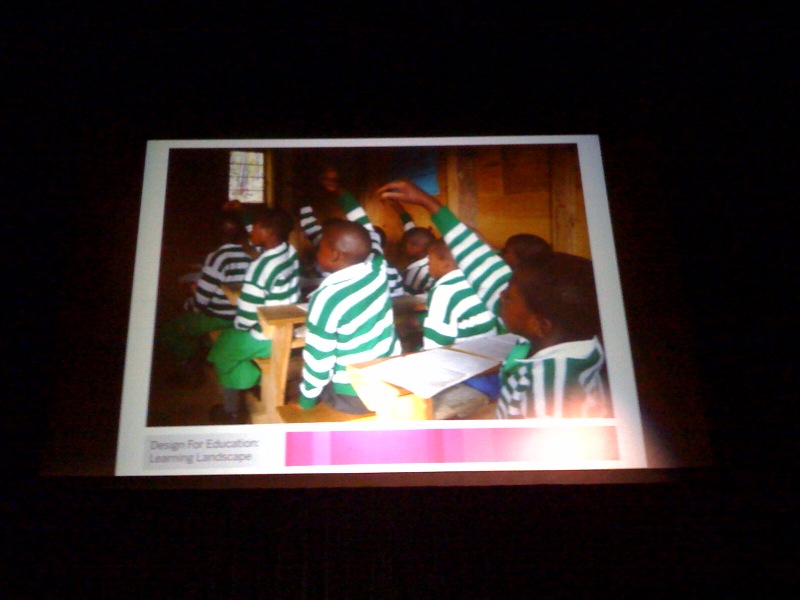 But wait, there's more! (Starting to think she didn't sleep last year.) Pilloton then turned her attention to an AIDS orphan school in Uganda, a place where some students are "double orphans," meaning both of their parents died from AIDS. A new building for the school was being constructed by Architecture for Humanity, but Pilloton wanted to figure out how better industrial design could serve the school as well. They came up with a grid of half-buried tires that could support a dozen active games they invented, turning it into a "learning landscape." And then they went there and built it for $1000. And of course the kids loved it. Three more are being built in the Dominican Republic, North Carolina and the Bay Area.

Perhaps the most interesting part about her experience is that most of it came from her Compostmodern connections. In the last year she also wrote a book, Design Revolution: 100 Products and Solutions that Empower People, which will be out in September: Allan Chochinov wrote the forward, and Scott Stowell, a speaker last year, designed it (after, she says, she cornered him and demanded that he design her book, if she ever wrote one). And, Pilloton has just been named as the managing director of the Designers Accord, a movement that was launched last year here at Compostmodern.