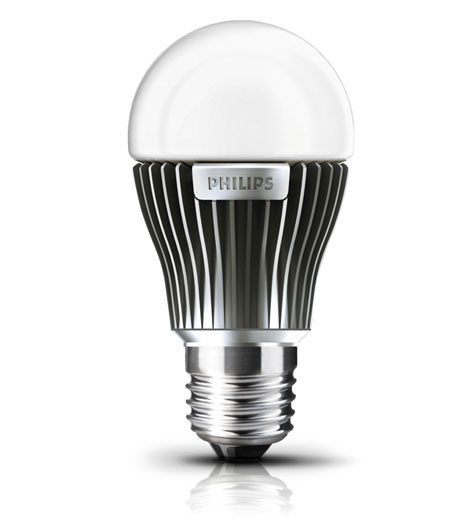 Philips' Master LED bulb has the same form factor as the old-fashioned kind, making it "simple for people to use and feel good about using." The bulb draws just 7 watts but gives off light equivalent to 40 watts' worth, and lasts 45,000 hours, as opposed to the 1,500 of its incandescent predecessors. Already available in Europe, the Master LED should make its way to North American shores sometime before July. 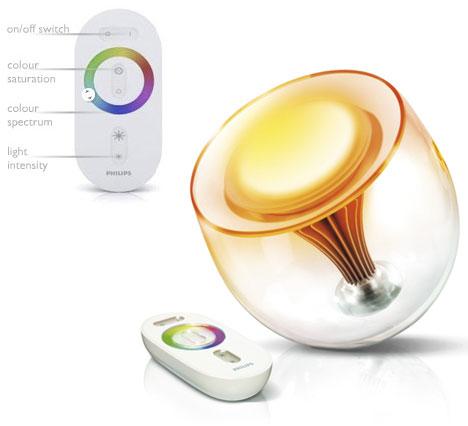 Another interesting Philips product is their LivingColors LED lamp, which contains just four LED bulbs--two red, one blue, one green--that can be controlled to produce 16 million different colors. Dragging your finger around the iPod-like touch wheel on the remote produces different hues. Priced at around 120 Pounds, the LivingColors has been available in Europe since '07, but there's no word as to when it might come 'Stateside.