Step into my cardboard office... 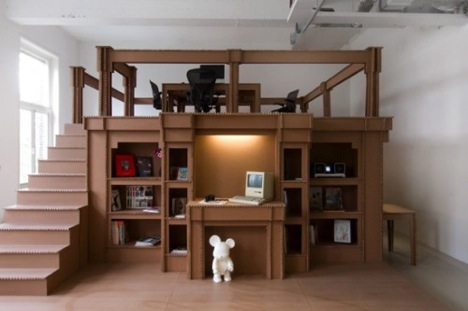 Nothing is a new commercial creative agency formed by Michael Jansen and Bas Korsten that has just opened its doors in Amsterdam.

The Nothing team took the idea behind the company name (taking nothing and turning it into something) as the starting point for the physical design of the office; which included creating walls, signage, beams, tables, shelving and even a set of stairs out of cardboard.

Step into my cardboard office...