Kind of looks like a Terminator version of a camera, no? CNET's Stephen Shankland shot these pics of Sony's A900 camera in various stages of undress. We don't know what half of that stuff is, but it definitely looks like you shouldn't spill coffee on it. 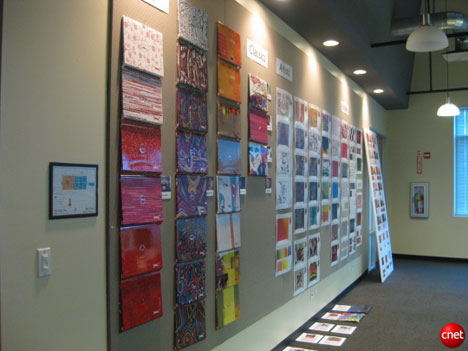 Meanwhile Erica Ogg takes her camera inside Dell's Consumer Design Lab, and while most of the design work seems to be cosmetic, these are the first photos we've seen of the inside of that operation since Dell announced they'd be making a stronger push into design.

Article on the latter topic here.