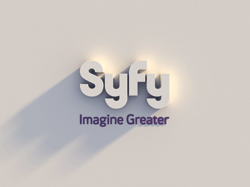 And indeed the OJ debacle shows up WAY down the piece in the Times:

No discussion of change affecting consumers could ignore what Mr. Howe called the "Tropicana debacle"--the recent decision by a unit of PepsiCo to abandon a major package redesign for Tropicana orange juice after shoppers vociferously complained.

"The testing we've done has been incredibly positive," Mr. Howe said of the Syfy name, reading what he described as a comment from one participant: "If I were texting, this is how I would spell it."